General Tso's Chick Peas (Vegan, Gluten-Free) is a delicious and healthy alternative to general tso chicken or even tofu for those who are avoiding soy. 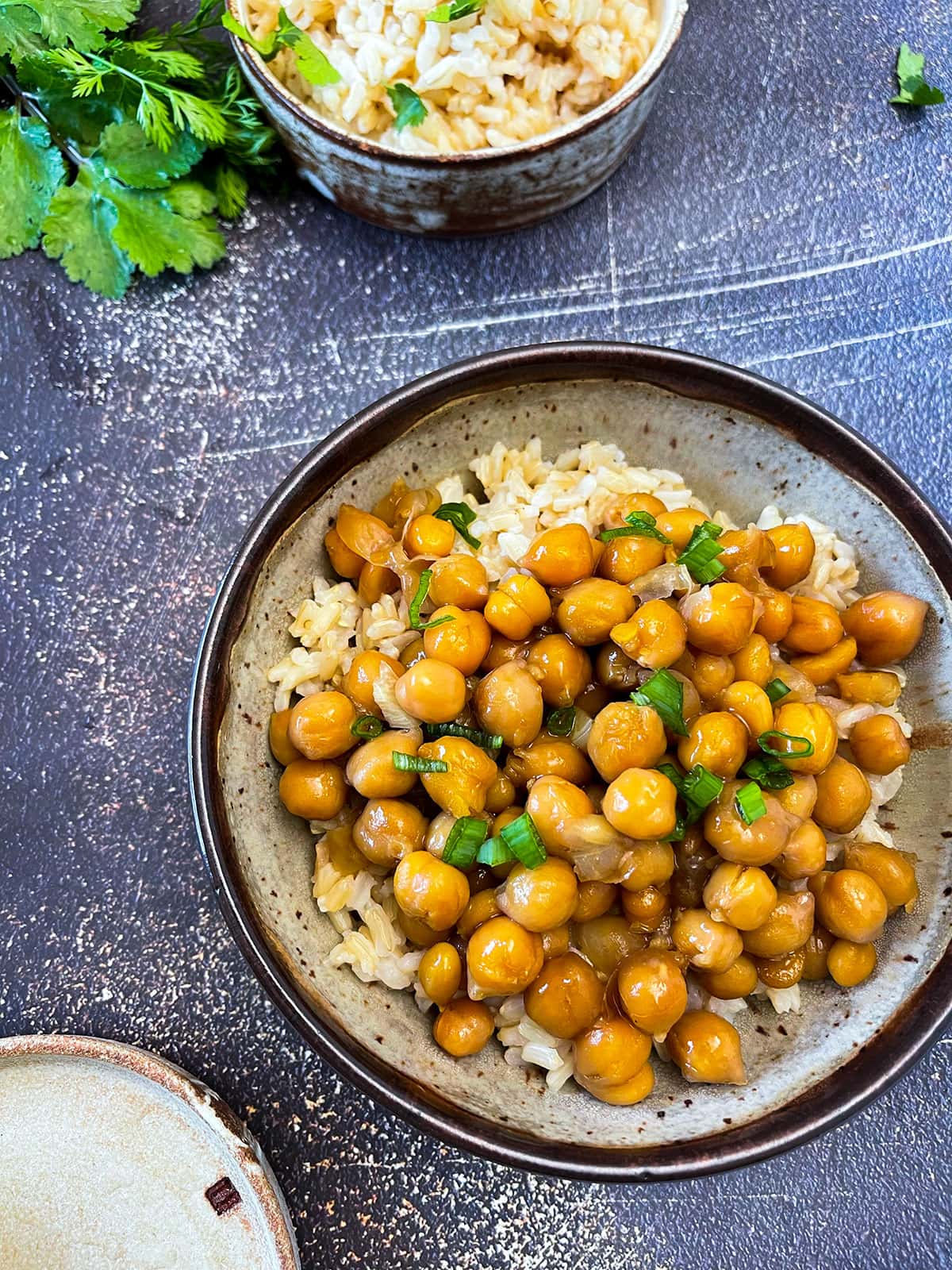 General Tso’s Chickpeas is a delicious and healthy alternative to general Tso chicken or even tofu for those who are avoiding soy.

Chickpeas absorb the flavors of their marinade well, and it is quick and easy to prepare. It’s delicious served over steamed brown rice and steamed broccoli.

This dish inspired me after I made a Jamaican jerked chickpeas, it was too spicy for posting, so I decided to tweak the recipe further. In the meantime, I decided to come up with other dishes.

While you are having this Chinese dish between chopsticks, if you are stylish and coordinated or enjoying it with the fork, it is amazing both ways. General Tso chicken is a famous dish in china which is also known to be the least healthy dish. So, I decided to prepare this amazing dish in a healthier way with Jamaican additions on it. 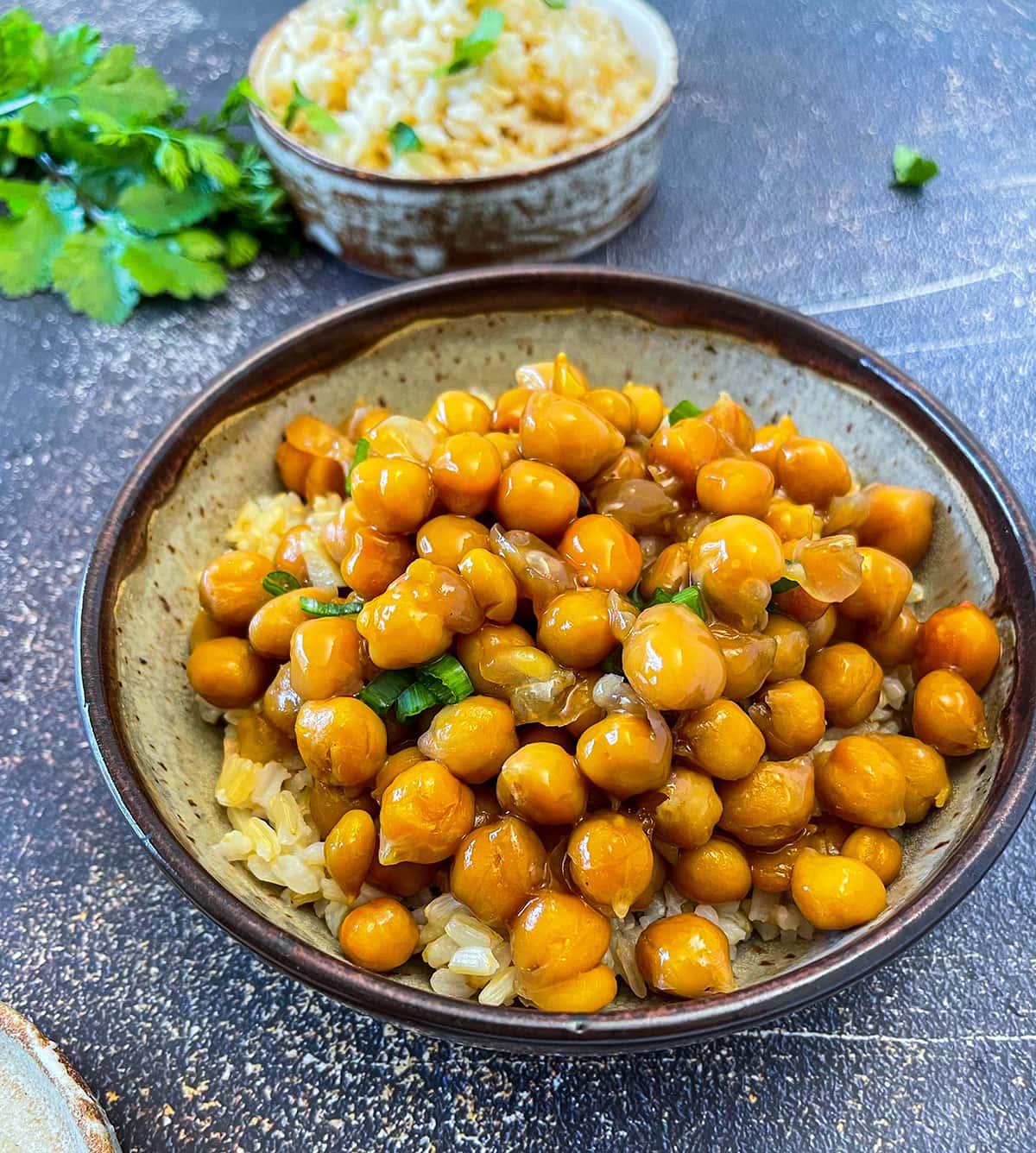 General Tso, often known as Zuo Zongtang, was a military Commander in China. A Chinese civil war occurred during the Taiping Rebellion in the mid-nineteenth century. However, he is not the inventor of this dish, simply its namesake. This dish most Americans know today was created by Peng Chang Kuei, a chef from the Hunan province.

What Are the Health Benefits of Chickpeas?

Chickpeas, also known as garbanzo beans, are a popular legume that originated in the Mediterranean and the Middle East and is now consumed worldwide. They are a mainstay in several parts of the world, where they are famously converted into hummus, a dip or spread, or falafel, a type of fritter.

Chickpeas are known for their mildness, creaminess, and versatility all over the world. They have a lot of health benefits, so keep reading to learn more about how you can benefit from consuming chickpeas.

Chickpeas are a great source of dietary fiber, and they can be very vital for our healthy digestion. If we consume a single cup of chickpeas, we will get 12.5 grams of fiber, which is half of our recommended daily intake.

Fiber helps to prevent constipation by absorbing water and bulking up the stool, allowing it to flow more easily through the digestive tract. When you’re constipated no more, you’ll notice that other symptoms like gas, cramping, bloating, and other gastrointestinal issues go away.

Chickpeas have a lot of fiber content, and fiber has a special ability to remove cholesterol deposits from the bloodstream, decreasing total cholesterol and ‘bad’ LDL cholesterol levels.

According to the Centers for Disease Control and Prevention, high cholesterol can lead to heart attack and stroke, two leading causes of mortality in the United States. This is why chickpeas are very important and can greatly help us improve our heart health.

Diabetes Can Be Avoided and Improved

Chickpeas have a lot of iron in them, as they contain 4.7 milligrams of iron per cup, which is 26% of your RDI. Iron is required for the creation of blood and red blood cells (hemoglobin), which are responsible for transporting oxygen from the lungs to the rest of the body, contain about 70% of the iron in our bodies.

Iron deficiency can cause anemia, which is a disorder that makes the body not have enough healthy red blood cells.

Chickpeas are a good source of vitamin B9, commonly known as folate or folic acid, which is necessary for a healthy pregnancy. Folic acid supplements are recommended for women who are attempting to conceive or who are pregnant.

Because folate deficiency can cause serious birth impairments termed neural tube defects, such as spina bifida or anencephaly. They are also a good source of iron, which is a vital mineral for pregnant women.

Chickpeas are high in calcium, manganese, magnesium, zinc, and vitamin K, all of which are important for bone health. Your bones contain nearly all of the calcium in your body.

Vitamin K aids calcium absorption by directing calcium to the right places. Magnesium is necessary for bone health because it boosts the thyroid’s production of calcitonin, a bone-preserving hormone. Read More. 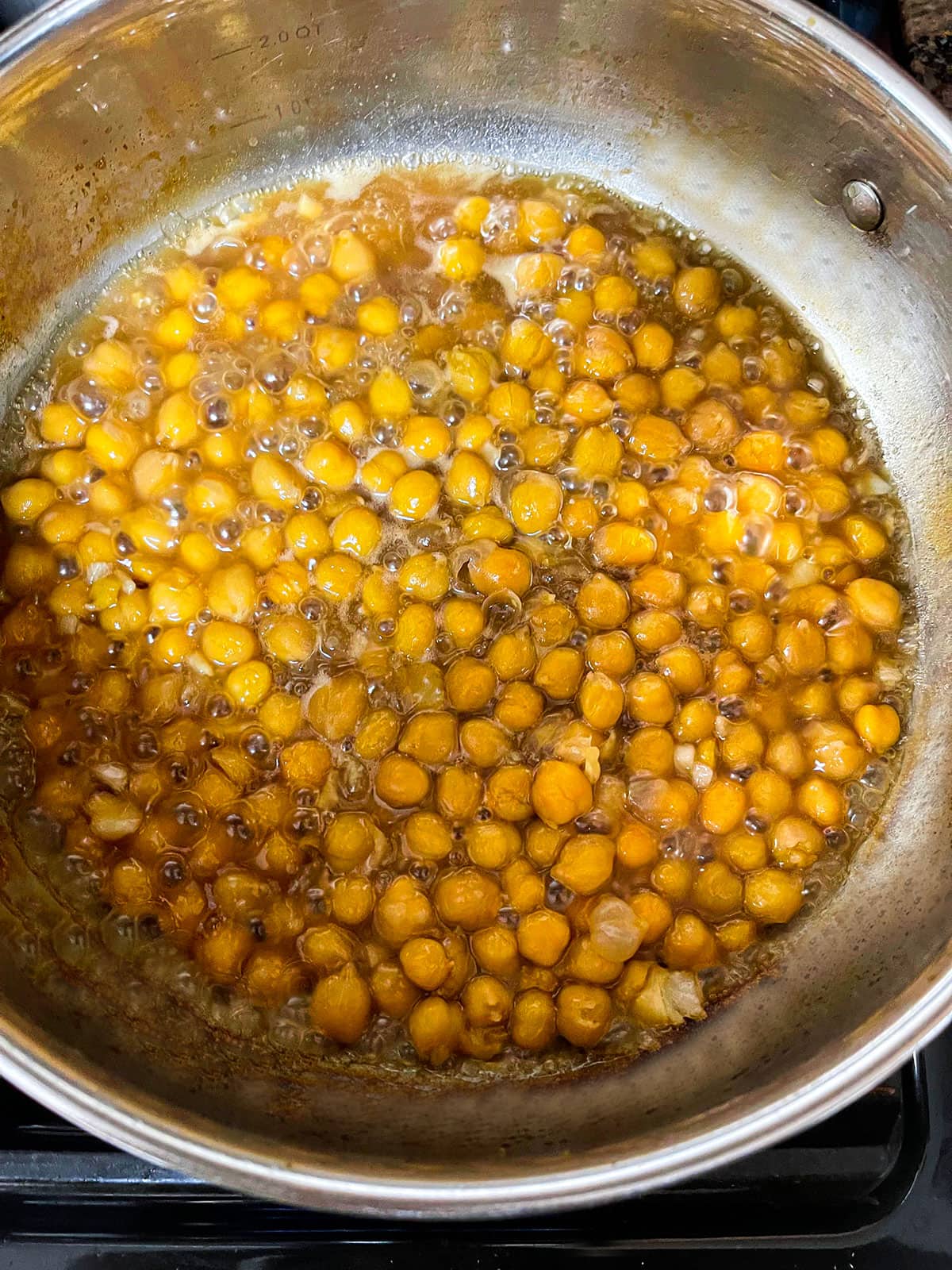 I had plenty of chickpeas, which had been dried, soaked, cooked, and placed in freezer containers for later use.

So I defrosted a container of chickpeas and decided to make different dishes. Some roasted fennel hummus, chickpea curry, and of course, I ended up with this flavorful dish. A definite winner recipe tastes just like Chinese takeout!

I marinated the drained chickpeas for 10 minutes with sautéed garlic, spring onion, and ginger. Then pour the chickpeas with sauce, and cook until thickened. I was amazed at how quick and easy it is to prepare, and you can enjoy this delicious recipe besides the brown rice.

If you use canned chickpeas, you can reserve a 1/4 cup of liquid instead of vegetable broth. Chickpeas are very versatile, and you would be amazed by all the different recipes that are out there that use chickpeas.

The water that the chickpea cooks in is called Aquafaba, and I will be sharing recipes using it shortly. Aquafaba can be used to make meringue, whipped cream, etc.

Try Some Of My Other Tasty Chickpea Dishes

Can I Prepare General Tso’s Chickpeas Ahead of Time?

Classic general tso chicken recipe is popularly known for its savory and spicy texture, and general tso chickpeas are no different. It is easy to scale the spice level up and down, but you will sacrifice some flavors if you spice down the dish.

What is Bragg Liquid Aminos?

Traditional soy sauce brands sometimes contain salt, alcohol, and preservatives, whereas Bragg does not employ flavor enhancers or other additions, and it is naturally gluten-free.

Aquafaba is a liquid leftover of cooked chickpeas or liquid in a can of beans. However, you can prepare Aquafaba from any other legumes, but chickpeas have the best texture to create a starchy liquid.

It is also essential to shake the canned beans before you open and drain them. Because the beans have slammed into each other within the can, this extra step helps to add a little more starch to the liquid.

You may also produce aquafaba from dry chickpeas by soaking and boiling them. This process is a little difficult as you need to get the cooking liquid down to the exact consistency of the canned liquid.

Remove the beans from the pot after they’ve been cooked, and then reduce the cooking liquid until it has the consistency of the canned liquid. This consistency has quite similar looks like egg white.

How to Store General Tso’s Chickpeas?

I like to pair the general Tso’s chickpeas with steamed rice and broccoli, but you can also enjoy it with quinoa, sautéed bok choy, or the way it is.

I suggest topping the recipe with some fresh chopped green onions or scallion and sesame seed or chives for extra flavors. To spice up the dish more, you can sprinkle some red pepper flakes. 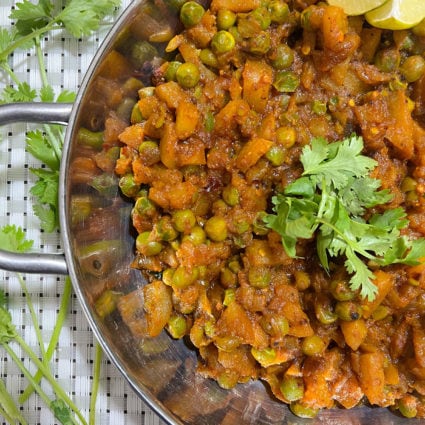 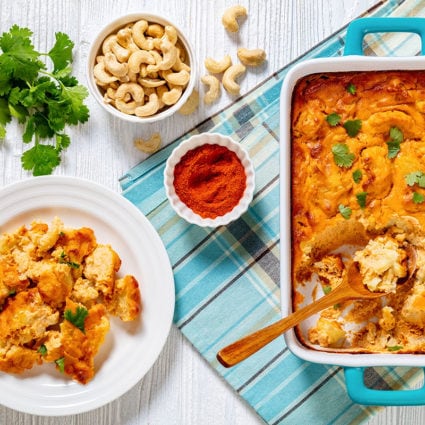