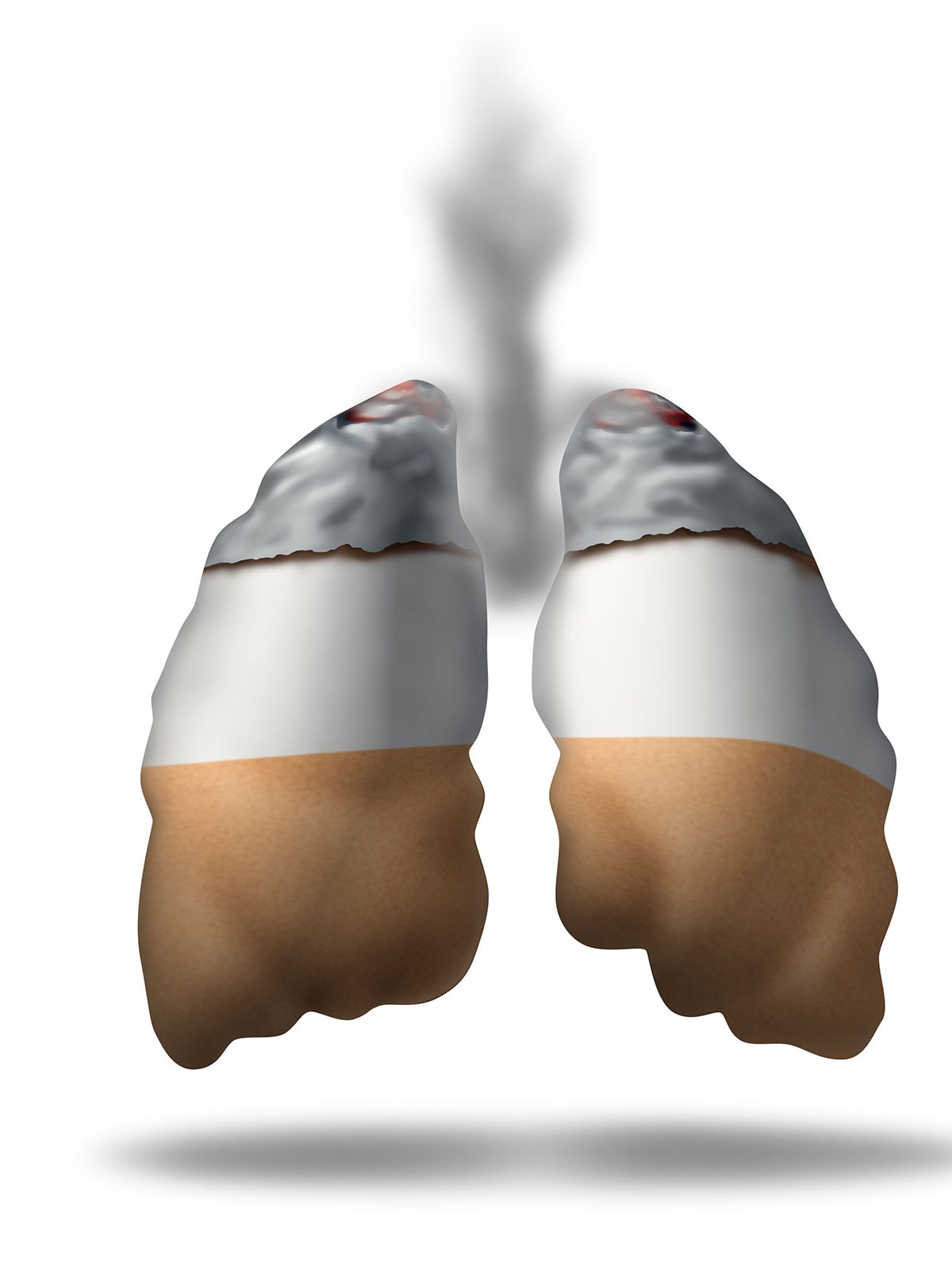 Tobacco is associated with various health issues. Nicotine is an addictive molecule found in tobacco. Tobacco smoke contains about 7,000 compounds, at least 70 recognized cancer-causing agents. Smokeless tobacco refers to smoking that is not burned. Smokeless tobacco contains at least 30 compounds that have been linked to cancer, including nicotine. Let’s explore the Dangers To Smoking!

The tobacco epidemic is one of the world’s most serious public health hazards, claiming the lives of almost 8 million people each year. Direct smoking causes seven million deaths, whereas 1.2 million are caused by nonsmokers subjected to secondhand smoke.

Also, check out Dangers Of Energy Drinks, Emergency Toothache Relief, and 7 Potential Side Effects Of Vinegar. 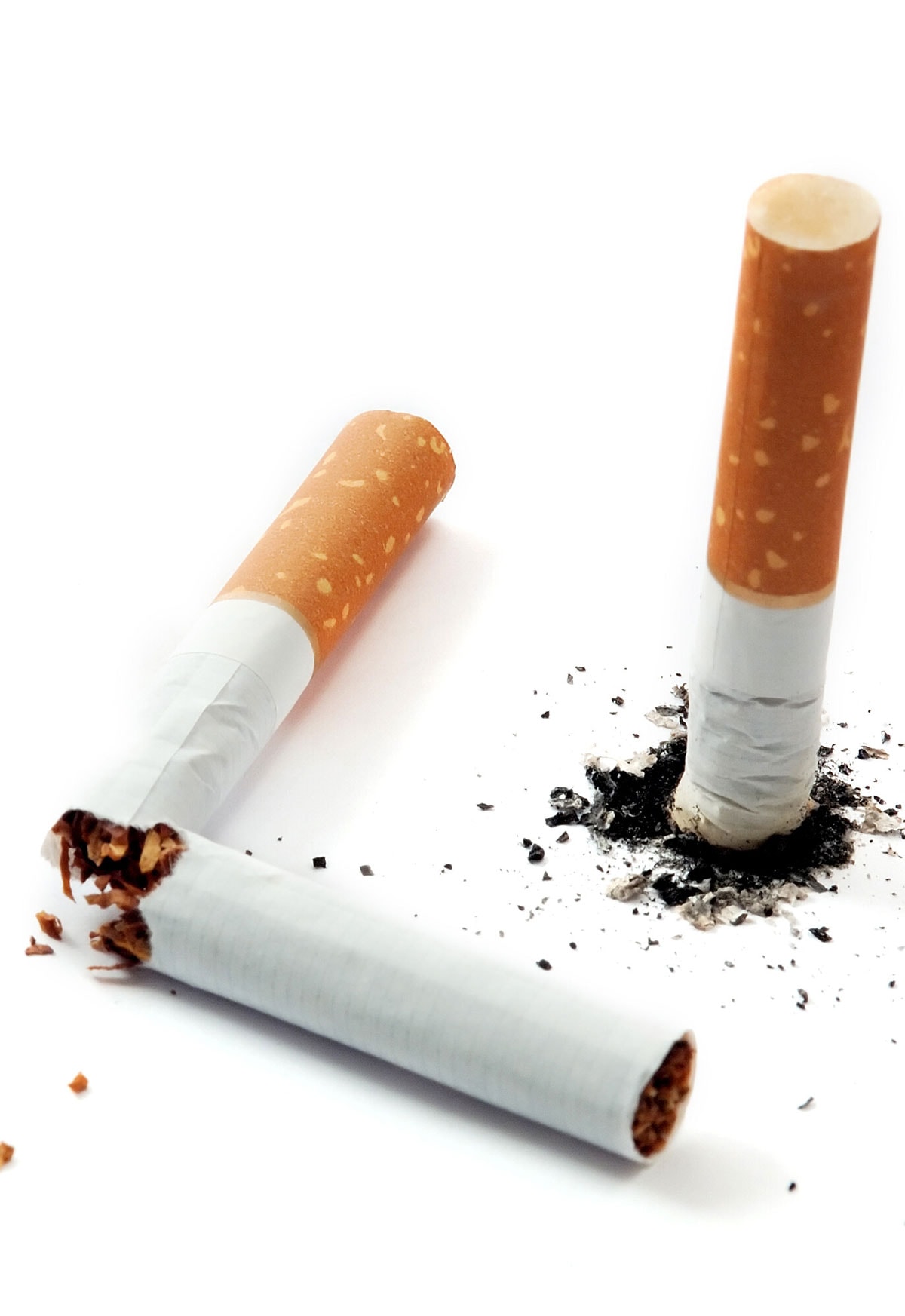 Tobacco is a type of plant. For diverse effects, its leaves are smoked, chewed, or inhaled. The 31st of May is observed as World No Tobacco Day to raise public awareness about the impact of smoking and its connection to avoidable disease and death [2].

Tobacco items, particularly smoking forms of tobacco, can cause various physical and mental health issues. A burned cigarette can contain up to 7000 chemical additives, ingested and absorbed via the skin.

Nicotine, the highly addictive chemical ingredient that promotes the most addiction, is one of the most harmful compounds in tobacco products.

As the human body quickly develops resistance to nicotine, you will need to use it much more shortly after you start smoking.

Because tobacco is so addictive, it is critical to understand the physical impacts of taking these drugs to avoid future use and promote the termination of current service.

Tobacco use has considerable economic implications, including significant healthcare expenses for treating diseases induced by tobacco use and lost human resources due to tobacco-attributable adverse outcomes.

Often, low-income families employ their children in tobacco farming to boost their families’ incomes. Additionally, tobacco growers are at risk for health issues, such as green tobacco sickness.

How do you become addicted to tobacco?

Nicotine, which is found in tobacco, is highly addictive and induces the release of Dopamine, a neurotransmitter.

Chemically, Dopamine elevates mood, improves focus, and gives you more vigor because of its euphoric effects. However, this is only a passing effect [3].

As your nicotine levels decrease, your brain desires more Dopamine. The longer you smoke, the more Dopamine you require to feel happy. Tobacco addiction develops.

When you get addicted to tobacco, you will experience withdrawal symptoms if you stop using it. You may be unable to focus or feel worried, restless, irritable, or agitated. These two factors, nicotine addiction, and withdrawal make you desire to smoke more. Tobacco addiction develops.

What happens in your body due to smoking?

No matter how much you avoid inhaling tobacco smoke, the inner surface of your mouth still absorbs harmful chemicals.

How does tobacco damages your body?

Tobacco smoke contains harmful chemicals that can cause a variety of health issues. For instance:

It causes your veins and arteries to become more narrow. This might cause harm to your heart since it will force your heart to work faster and harder than usual, which can slow your blood and lower the amount of oxygen that reaches your feet and hands [5].

When you’re dehydrated, your heart doesn’t get the oxygen to the body to do its job. As you become older, your airways swell up, reducing the air you can get into your lungs.

You breathe in a sticky substance that coats your lungs as if living in soot.

The hair-like cells in your lungs are paralyzed and killed by it. These cells protect your airways from infection, which swab them clean.

‘Smoker’s cough is caused by irritation of the throat and lungs caused by tobacco smoke. This increases your mucus production and destroys your lungs.

It scrapes your eyes, nose, and throat.

Using it causes your cells to grow excessively quickly or unusually fast. There is a risk of cancer cells developing.

Most lung cancers are caused by smoking, but they can spread to other body parts. A woman’s reproductive organs, including her cervix and uterus (and the vulva and penis), esophagus, larynx, and blood, are included in this.

Tobacco usage is mostly to blame for airway obstruction (COPD), a debilitating and often fatal lung ailment. Active smoking promotes asthma in smokers and raises their risk of developing the disease in children and adults alike [6].

One of the most common causes of heart attacks and strokes is tobacco. Tobacco raises one’s chance of blood clots, preventing blood from reaching vital organs like the heart, brain, or legs. Due to smoking’s effect on blood circulation, some smokers lose limbs [7].

See,  How To Prevent Heart Disease? 9 Best Heart Vitamins and Best Foods For A Healthy Heart.

A smoker’s risk of acquiring type 2 diabetes is 30 to 40% more than a nonsmoker. Type 1 diabetes-related health issues such as renal damage can be exacerbated by smoking [8].

Stagnant smokers are at an increased risk of bacterial and viral infections because their immune systems are weakened by smoking.

Tobacco can induce macular degeneration, the common cause of vision loss in Australia.

It is known that smoking increases the incidence of bone fractures and early menopause in female smokers.

While tobacco’s physical consequences have come under greater scrutiny in recent years, the effects on the mind have received less attention. When considering why tobacco products are dangerous, it is essential to keep these points in mind.

Addiction sets the stage for problems with one’s mental well-being. In addition to the fact that addiction is a mental illness in and of itself, the fight to maintain a tobacco or nicotine addiction can bring further stress to your life.

Tobacco products have gotten more challenging to utilize as the negative health impacts of smoking have come to light. Public smoking spaces are becoming increasingly rare, as are workplaces that permit smoking on-site [10].

Tobacco smokers must put forth more effort and endure more social isolation and stress to get their fix of nicotine and other tobacco products. Maintaining an addiction can also cause financial strain. If you’re addicted to tobacco or nicotine, you’re more likely to relapse into other, unrelated habits.

Life span and quality of life are reduced, as is the risk of various ailments and diseases, including early death if you smoke.

A smoking-related ailment or disease may not show up for years for some smokers. Some people think they are immune because of this. Compared to nonsmokers, up to two-thirds of long-term smokers will die from smoking-related diseases and lose ten years of life expectancy [11].

There is also mounting evidence that tobacco has damaging effects on one’s mental well-being. Smoking, for example, has been linked to an increased risk of anxiety, panic attacks, depression, suicide attempts, and schizophrenia.

Tobacco’s effects on your appearance

The adrenal glands release a hormone called adrenaline when nicotine enters the body [15]. This hormone triggers the body and provides a delightful “kick.” As a result, the adrenaline rush also results in the following:

Many hazardous compounds are found in tobacco, and as people continue to smoke, they are constantly exposed to them (or produced by burning them).

In addition to carbon dioxide and nitrous oxide, these include cyanide, formaldehyde, and ammonia. When it comes to health, tobacco use can impair every organ in the body and lead to many disorders [12].

Using smokeless tobacco can have health consequences that are distinct from those of smoking tobacco, yet both can result in cancer and other adverse outcomes:

According to a recent study, nearly 30 compounds identified in tobacco products have been linked to cancer. Malignancies of the mouth, lips, tongue, and throat are more common in nonsmokers, as are esophageal and pancreatic cancers.

According to recent studies, smokeless tobacco may play a role in developing cardiovascular disease and stroke.

Tobacco smokers are at a higher hazard of developing tooth decay, gum disease, and oral sores that affect eating or drinking.

Secondhand smoke—the smoke breathed or given off by the burning end of tobacco products—is dangerous to nonsmokers who live or spend time with smokers [13].

Like smoking, being around smokers raises your risk of getting sick. The CDCP says that secondhand smoke is never completely danger-free. 58 million Americans are believed to be regularly exposed to secondary smoke, resulting in over 42,000 nonsmokers each year.

Secondhand smoke has killed 2.5 million nonsmokers since the Surgeon General’s Report of 1964. Only one in four U.S. middle and high school kids have been exposed to secondhand aerosol from electronic cigarettes, which may have long-term health consequences for those who are exposed.

The long-term impacts include:

People exposed to continue smoking have a 20% to 30% increased risk of developing lung cancer. Nonsmokers exposed to secondhand smoke succumb to lung cancer at 7,300 per year.

Those exposed to secondhand smoke have a 25 to 30 percent greater chance of developing heart disease. However many as 34,000 people die from heart disease due to smoking.

It has been shown that children exposed to secondhand smoking have a higher incidence of infant death (SIDS), lung infections, ear infections, and more severe asthma. 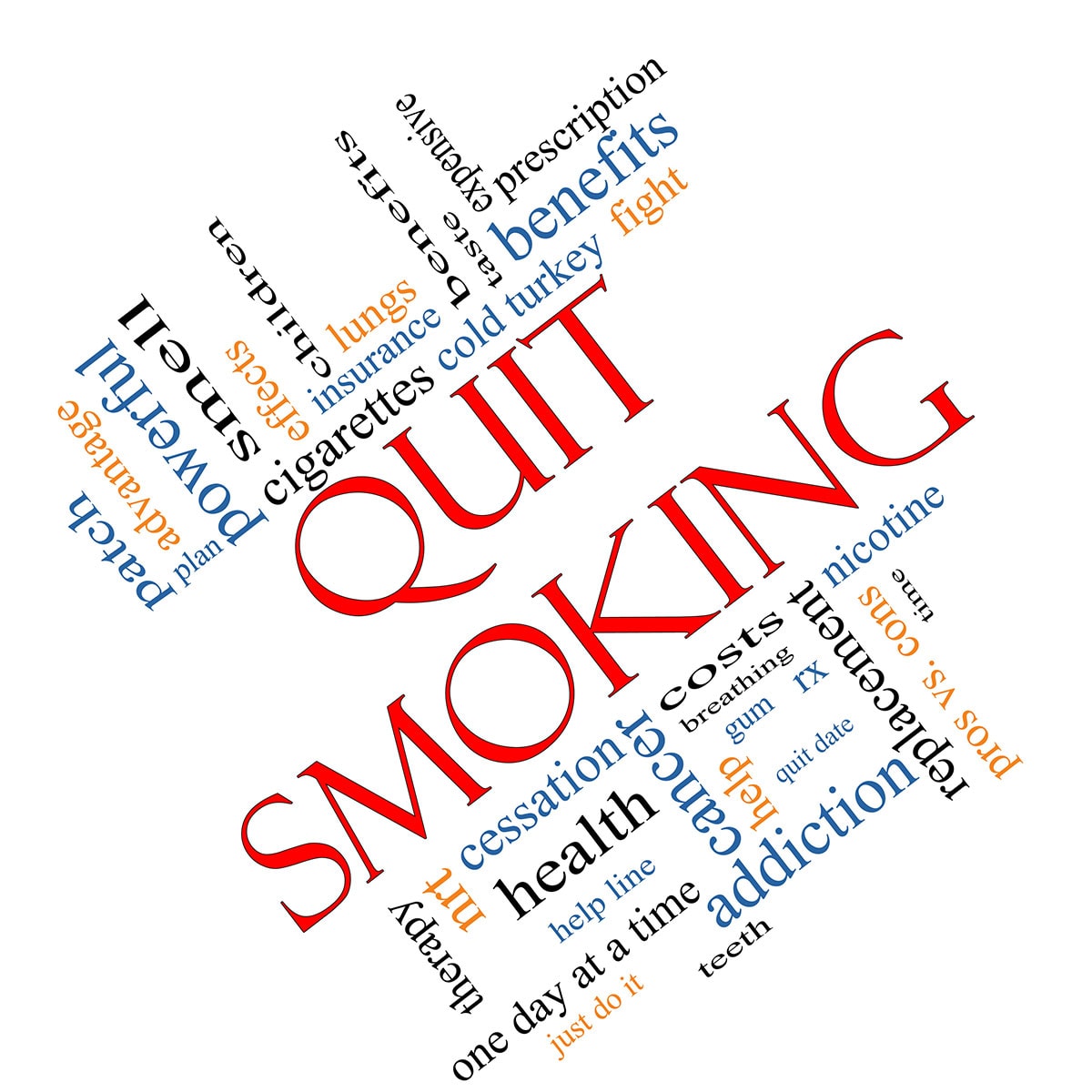 Addicts of cigarettes and e-cigarettes often claim that using these items helps them unwind. These products do not include any ingredients that naturally relax the body.

Because you’re paying more attention to your breathing, you’re more relaxed. Continue to practice mindful breathing to support your efforts to quit smoking using other methods, such as the 4 Ds:

Comprehensive prohibitions on tobacco advertising, promotion, and sponsorship have the potential to reduce cigarette consumption.

The tobacco plant leaves are harvested and then fermented and dried before using tobacco products. Because tobacco is an element that can lead to addiction, nicotine is one of the primary reasons people use tobacco, making it challenging to cease using it.

Tobacco is harmful to your health in any form, even electronic cigarettes. There is not a single component in tobacco that is not harmful, including but not limited to acetone, tar, nicotine, and carbon monoxide. Your lungs aren’t the only organ affected when you breathe in toxic substances. They can affect your body as a whole.

Cigarette smoking is linked to a wide range of ongoing difficulties in the body and has long-term consequences on the body’s systems. Some of the physical impacts of smoking are almost instantaneous, even though smoking raises your risk of various issues over the years.

How does tobacco affect the brain?

Nicotine functions in the brain by activating the thyroid gland to generate the hormone adrenaline and raise dopamine levels. Smoking tobacco can cause lung cancer, chronic bronchitis, and emphysema.

What is the social consequence of using tobacco?

Smokers frequently claim that smoking a cigarette improves their concentration and makes them feel more alert. On the other hand, years of cigarette usage may have the reverse impact, dulling a person’s mental abilities and lowering their IQ.

Certain chemicals in tobacco products may make it easier for the person to absorb nicotine, even though nicotine happens naturally in the tobacco plant.

Is the tobacco plant poisonous?

Tobacco trees are harmful in every way. The best thing to do is not eat any of this plant’s parts. Poisonings are most likely to occur before any blooms have appeared on the tree tobacco. 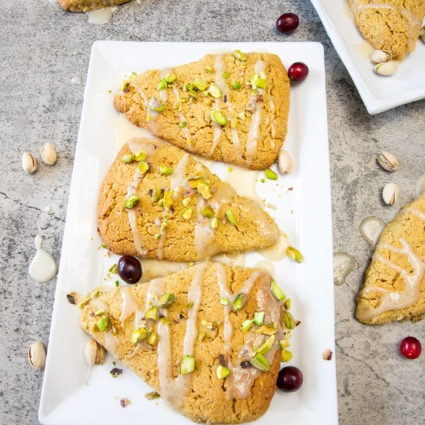 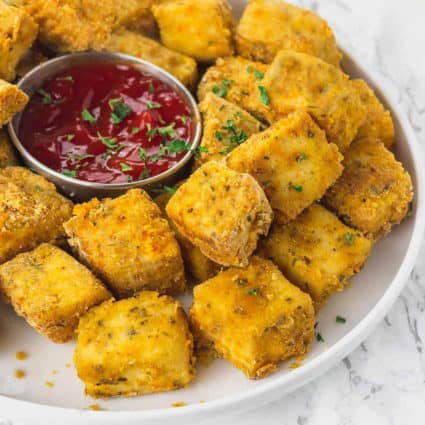 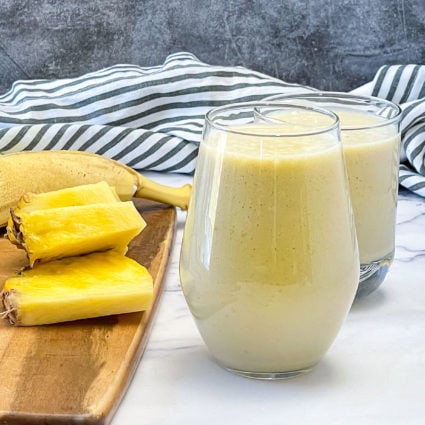