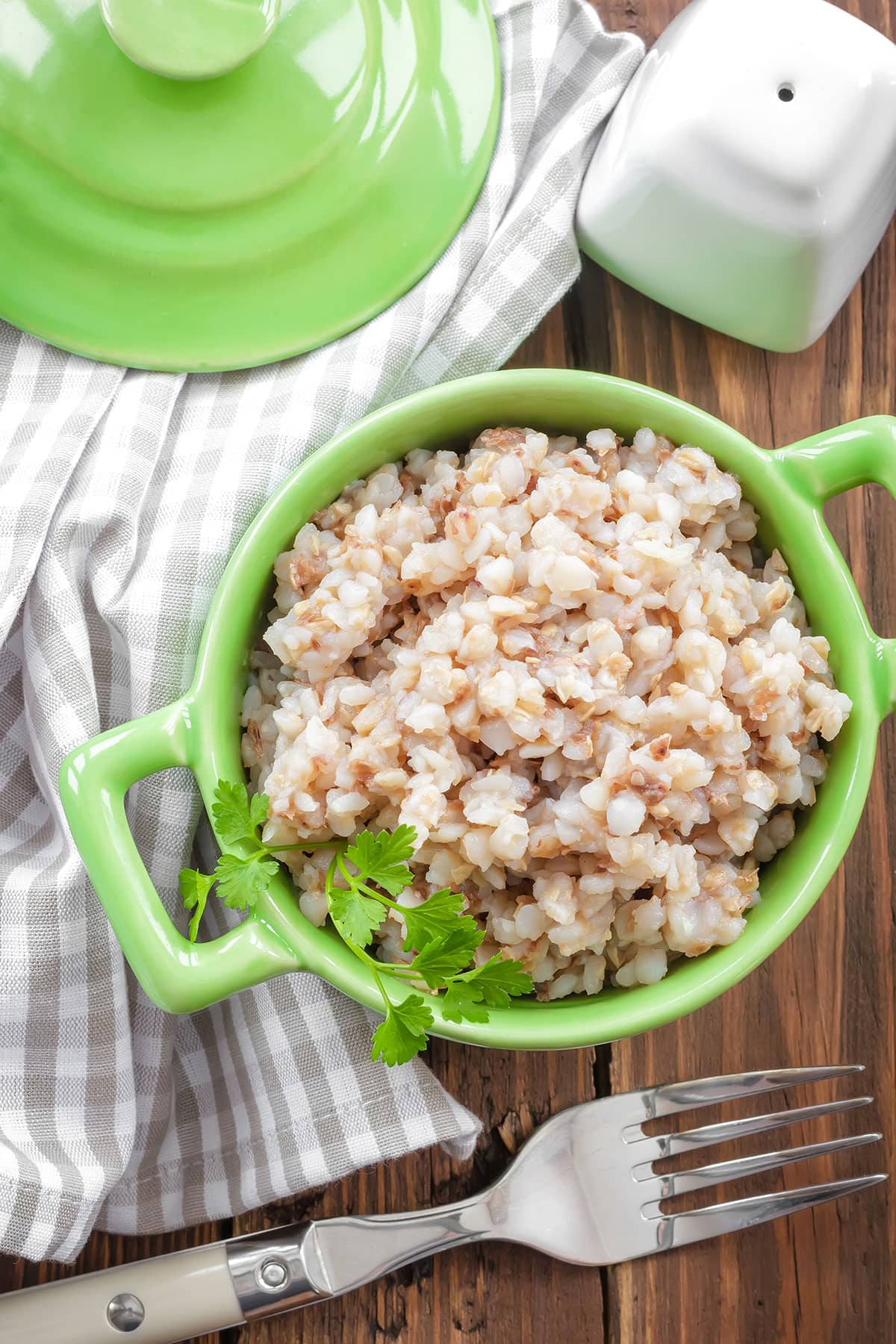 You might be thinking, Is buckwheat gluten-free? The term “wheat” alone is good enough to make any celiac victim shiver with horror since it includes gluten. Gluten is a protein component in wheat and other grains such as barley and rye. It is to blame for inducing a dangerous autoimmune disorder that destroys the intestinal tract and causes many problems.

If you’re following a gluten-free diet, Buckwheat may seem frightening. But despite the title, Buckwheat is not wheat and regularly occurs in gluten-free grain listings. The Asia Pacific Journal of Clinical Nutrition claims that it’s a seed instead of a grain. It’s gluten-free and suitable for both celiac and non-celiac gluten food intolerances.

Buckwheat seems to have a long history, with proof of it sprouting about five thousand years ago in China. It is highly suited for countries with a limited growing season, such as Eastern Europe, in which it has historically been quite a dominant crop. In the 1700s and 1800s, it was extensively cultivated and devoured in the U. S., but its demand has since waned.

While many people connect Buckwheat with pancakes, it has a variety of other tasty applications. Please continue reading to learn more about Buckwheat and how to include it in any gluten-free lifestyle. 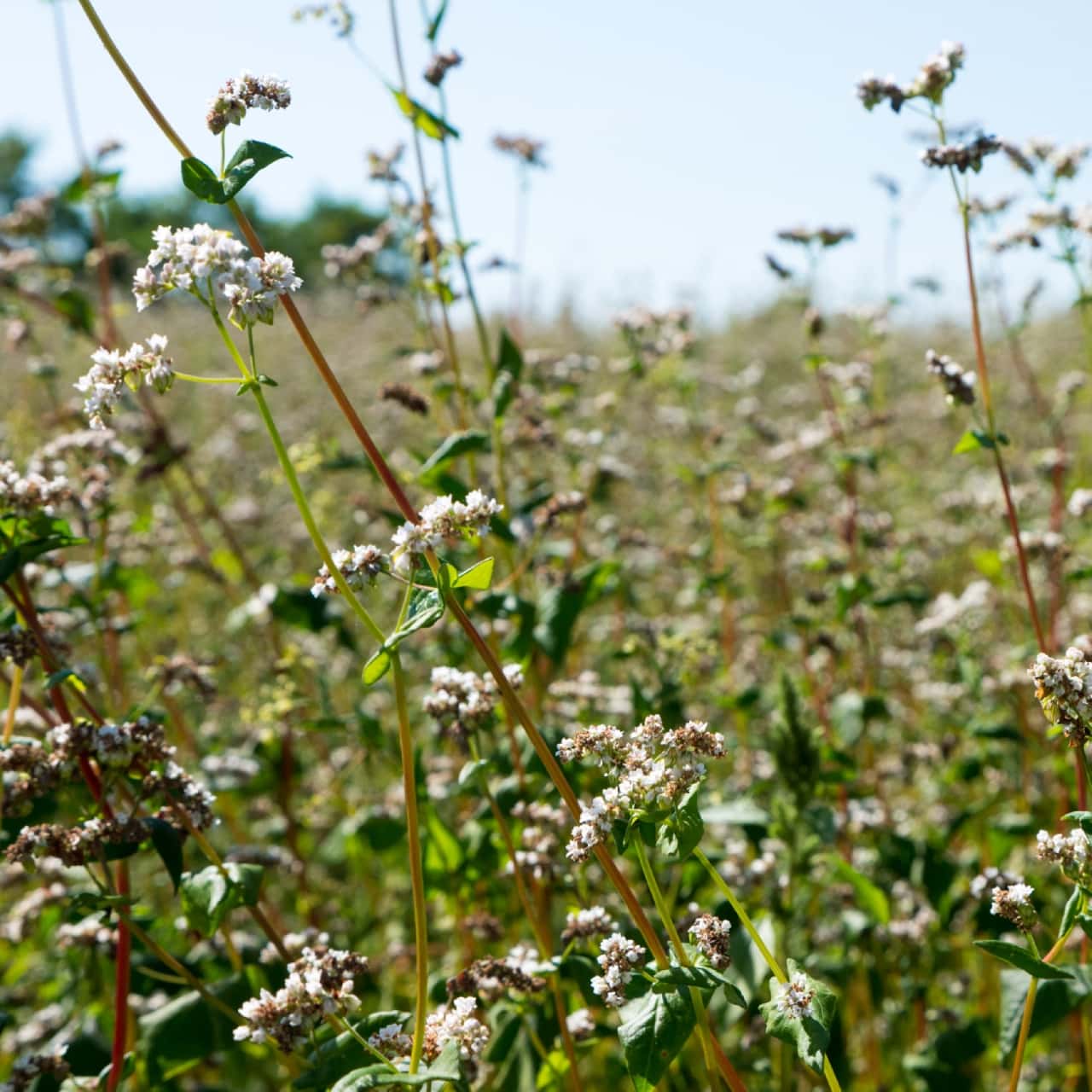 Anyways, What Is Buckwheat?

Buckwheat is not connected to wheat, even though the name contains the term wheat. According to the book buckwheat: Fagopyrum Esculentum Moench, it is the fruit of the species Fagopyrum esculentum. Buckwheat belongs to a category of foods known as pseudocereals, which are seeds that are eaten in almost the same manner as cereal grains but do not develop on stalks. Amaranth and quinoa are two such examples of pseudocereals.

Buckwheat has lately gained popularity as a health food due to its gluten-free status and high mineral and antioxidant content. This pseudocereal has a better nutritional value than other grains. Raw Buckwheat has 343 calories per 3.5-ounce (100-gram) portion, with 13.3 grams of protein, 71.5 grams of carbohydrates, 3.5 grams of fat, 10 grams of fiber, and no sugars. Manganese, iron, copper, magnesium, and phosphorus are necessary components.

Buckwheat and wheat are unrelated grains. They belong to two separate botanical groups. Buckwheat seeds are the mature seeds of species of the genus Triticum, while wheat berry is the product of a plant named Fagopyrum esculentum.

Buckwheat is most tightly linked to rhubarb, a pink stalked vegetable. But, Buckwheat, unlike rhubarb, is farmed for its seeds. Buckwheat is frequently alluded to as a “pseudocereal,” even though it is not a grain. Buckwheat seeds should first be dehulled before being processed into food. The groats (remaining seed material) may be crushed into flour. 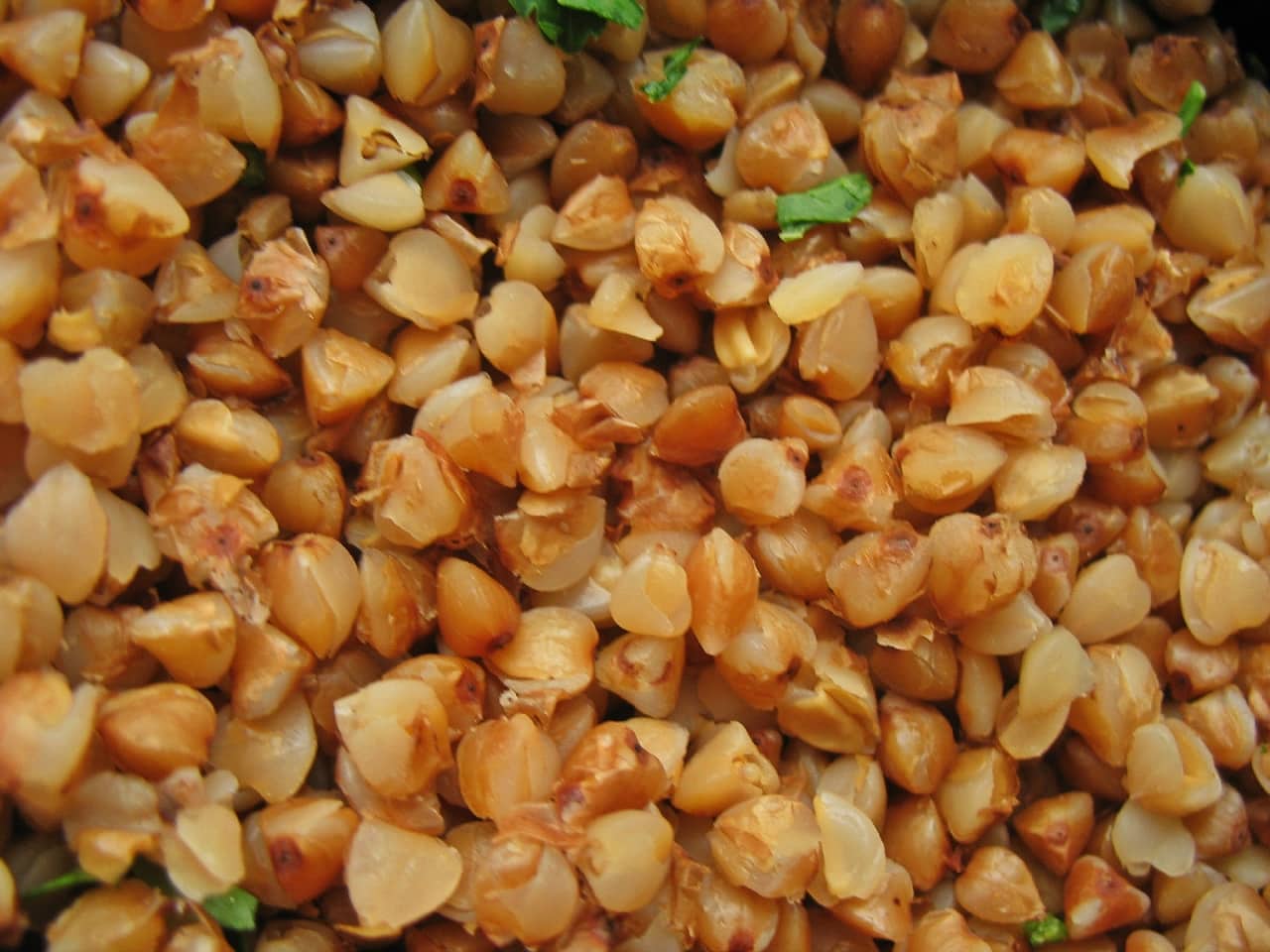 It may be difficult to find meals that are both nutritious and enjoyable when cooking. Buckwheat is fantastic for everybody, especially people with gluten intolerance and non-celiac gluten sensitivity. It can be used for several things and may change tastes based on its service. Incorporating Buckwheat into your menu also has a slew of health advantages.

Buckwheat is mainly composed of carbohydrates. Though carbs are often thought of as the villain, it’s vital to understand that they come in various forms.

Because complex carbs are absorbed considerably more gradually by the metabolism than simple carbohydrates, they provide a long-lasting form of energy while avoiding harmful blood sugar spikes. Buckwheat is a low-glycemic food, which, when combined with its high fiber content, makes it an excellent diabetic meal.

Described by the Journal of Agricultural and Food Chemistry, it has the following benefits.

Although Buckwheat is a healthful gluten-free grain option, some people with buckwheat allergies may experience adverse responses. It’s also worth noting that Buckwheat has a higher chance of inducing allergic cross-reactivity, which means that those sensitive to latex or rice are more likely to acquire a buckwheat intolerance, especially if they take it frequently or in large quantities.

Buckwheat may be produced in the same factory and on the same gear as gluten-containing cereals like wheat, barley, and rye since it is treated identically. And although Buckwheat is organically gluten-free, you should choose a product of buckwheat flour or Buckwheat groats branded “gluten-free” to ensure that your Buckwheat hasn’t been merged with gluten during manufacturing.

Furthermore, while Buckwheat is a common component in gluten-free cereals, baked goods, and other items, not all buckwheat-containing products are gluten-free. As a result, you must always check the contents list on any buckwheat-having item and only buy items labeled “gluten-free.” Buckwheat powder is typically used to make soba noodles.

Nevertheless, you must be cautious while using them because many soba noodles include wheat flour and buckwheat flour. King Soba noodles are a gluten-free soba noodle brand that is widely accessible.

On the market, there are numerous varying brands of Buckwheat and kasha. Gluten-free does not apply to all buckwheat products. Although Buckwheat is organically gluten-free, it can be contaminated with gluten throughout the growing and processing procedure (source).

These three companies, on the other hand, ought to be acceptable for gluten-free eaters:

These are gluten-free approved, which means they should have fewer than ten ppm of gluten (better the less). This company recommends creating soba noodles and waffles with flour. Organic Maple Buckwheat Flakes, a gluten-free buckwheat cereal, is also available from Arrowhead Mills.

The products are tested to guarantee they contain fewer than 20 parts per million of gluten. However, check the label carefully because some buckwheat products include gluten. Make a point of looking for the gluten-free label. Their buckwheat flour contains gluten.

Buckwheat merchandise from Birkett Mills ranges from entire groats to pancakes mix and creams of buckwheat cereal. Although the firm also prepares wheat, its Buckwheat is produced in a self-contained mill using special instruments. The grain shipments are washed to eliminate any stray gluten grains. Birkett Mills claims to test buckwheat items for gluten levels of fewer than 20 parts per million (the legal limit).

Bioflavonoids Such as Rutin, Quercetin, And Others

Tiny blood arteries have been strengthened by these substances, which can help reduce bruises, hemorrhoids, and varicose veins. Rutin can indeed aid in preventing clotting, reducing LDL cholesterol, and creating histamine, all of which can assist with allergy and food sensitivities.

Tannins are astringent phenolic chemicals that are present most often in tea. Buckwheat has substantial levels of these as well. Tannins have indeed been demonstrated to treat diabetes and prevent bacterial and viral infections. The tannins in Buckwheat can boost vital strains of gut flora, such as lactobacillus and Bacteroidetes, while lowering yeast and dangerous microorganisms and the combination of insoluble and resistant fiber.

A new study from cancer specialists suggests that we may have overlooked a crucial antioxidant form. We’ve focused on antioxidants in fruits and green leafy vegetables since they’re widely available and straightforward to analyze in lab experiments.

It’s becoming evident that a new class of antioxidants known as bound antioxidants may be much more vital. These are triggered by the intestinal flora and are present in Buckwheat and various cereals. Buckwheat is high in antioxidants attached to its molecules, such as glutathione and superoxide dismutase. These chemicals are also heat resistant and can withstand buckwheat cooking.

D-chiro inositol is an intriguing chemical that can enhance several crucial aspects of blood sugar regulation (such as the production of glycogen and insulin sensitivity). According to research, it may help with polycystic ovary syndrome (PCOS) and type 2 diabetes.

Buckwheat is a delicate greenish-white tint with a moderate flavor when untoasted. The term “kasha” refers to toasted Buckwheat, which has a dark brown hue and a mild flavor. Remember that Buckwheat is uncooked, and kasha is not to contrast even clearer. Both stated above may be used to make gluten-free dishes.

Buckwheat is prepared in a variety of ways. Buckwheat groats, for example, can be used as a salad topper, granola, a crunchy snack, or a porridge. Whole groats may be used in various ways and are particularly tasty when roasted. See How To Cook Buckwheat.

\When cooked, Buckwheat may be used to make rice, potatoes, cuscus, and pasta. Buckwheat noodles are even available at your local supermarket shop or food store. Buckwheat is a terrific supplement to your gluten-free meal since it is used to replace a lot of carbohydrates and provide additional critical nutrients.

Before attempting to make one of the buckwheat recipes listed here, you should be familiar with buckwheat buying and cooking basics. Buckwheat seeds are tiny and heart-shaped. The seeds must first be dehulled before being cooked; the resulting groats can then be boiled or crushed into buckwheat flour. Here are a few basic buckwheat preparation suggestions:

Since buckwheat powder reacts differently from ordinary wheat flour, utilizing a specifically intended recipe is preferable. If you try to make a recipe with buckwheat flour instead of wheat flour, it will likely fail.

Don’t panic if you’ve never cooked it once. It’s easy to deal with a grain such as Buckwheat. Groats (toasted or uncooked), noodles, and flour are examples. Raw groats can be purchased either whole or sprouted. Making a grain-free, hot porridge with entirely uncooked groats is a terrific idea. Because baking involves dairy, eggs, oils, and sugars, I often don’t use flour. I’d prefer not to deal with the labor and substitutes. Try out some of these recipes!

Toasted groats are also known as kasha (not Kashi) and may be obtained in most grocery shops’ kosher departments. As a side dish, they’re a fantastic alternative to rice. 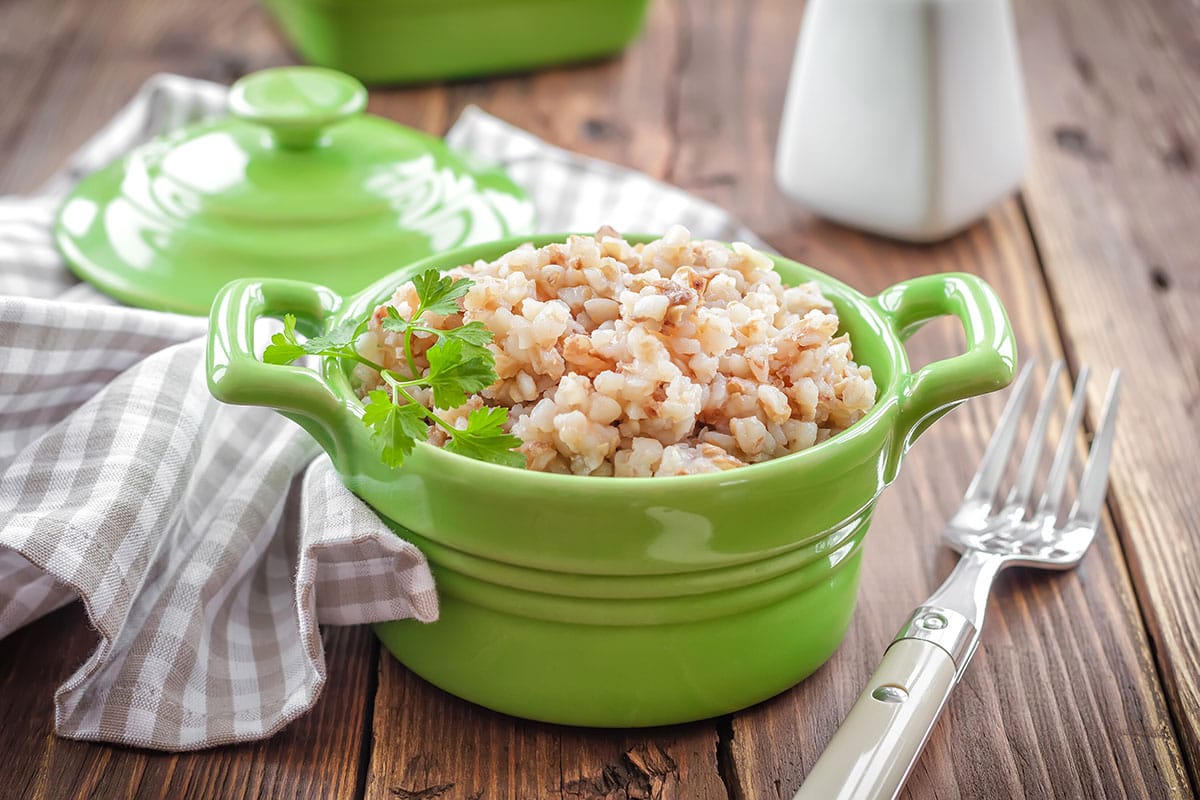 Buckwheat is a nutritious grain substitute that you may include in your gluten-free list. It would assist if you were still vigilant about ensuring that everything you ate was gluten-free. Be aware of the danger of cross-contamination during processing and stick to gluten-free products. Buckwheat is enjoyed in several pleasant and healthy ways as long as you remain safe!

For the following month, eat Buckwheat twice a week. Keep an eye on your digestion, weight, the ease with which you can move without discomfort, the stability of your serum sugar, and your skin condition. You could notice some positive, healthful changes!

Buckwheat is also high in fiber, with a one-cup serving of cooked buckwheat groats containing 17 grams (you should get 25 to 35 grams of fiber every day). It also has 22 grams of protein in it (source).

Buckwheat flour is also used in cuisine. Buckwheat groats can be utilized as a hot breakfast cereal; for instance, try these delectable ‘maple pumpkin pie’ buckwheat groats instead of oatmeal. Buckwheat may even be used as a rice or pasta alternative in some meals. 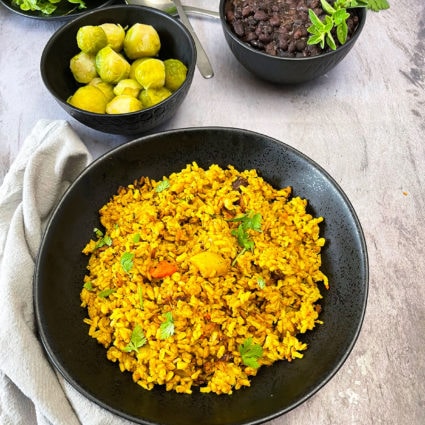 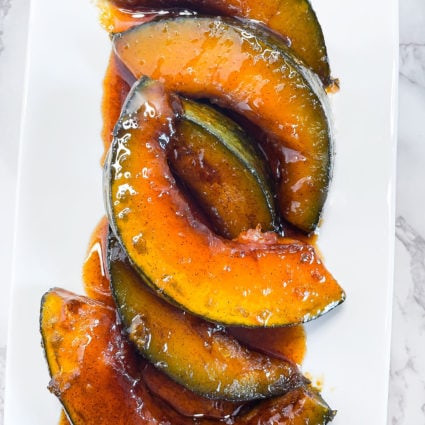 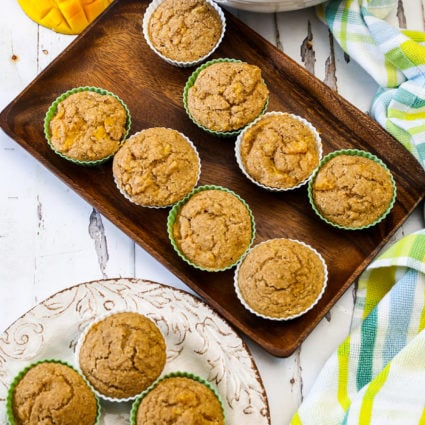