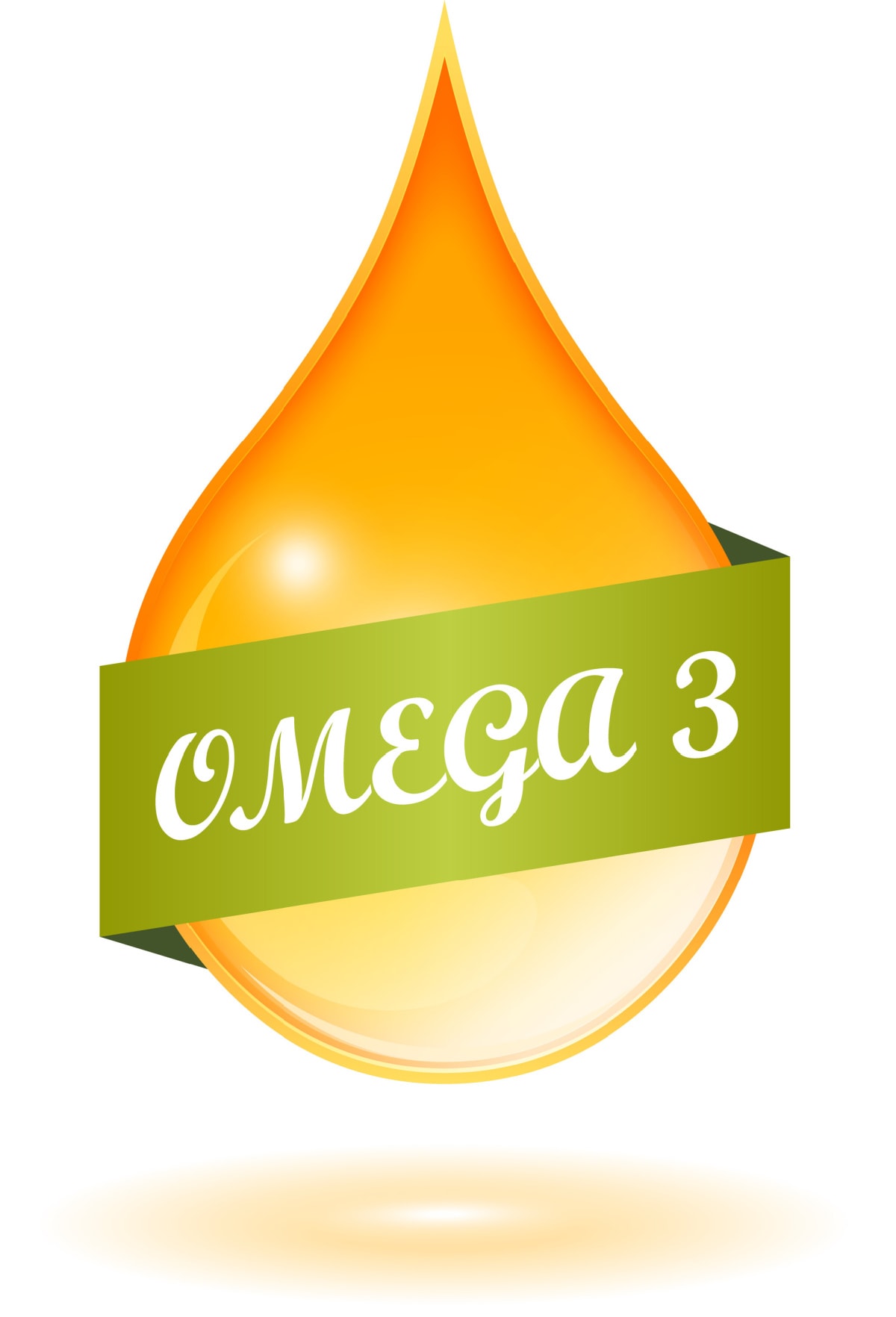 Omega 3 fatty acids are essential fats that you must consume to stay healthy, so knowing what omega 3 deficiency symptoms are can be important, just in case.

Unfortunately, many people aren’t getting enough of them in their diets. Omega 3 deficiency symptoms include everything from depression and anxiety to heart disease and weight gain. So, if you think you’re not getting enough in your diet, increasing your intake is important.

And if you’re not sure whether or not you’re getting enough Omega 3 fatty acids in your diet, this article takes you through several warning signs you can watch out for to determine whether or not you may have an Omega 3 deficiency.

What are omega-3 fatty acids?

Omega 3 fatty acids are a group of polyunsaturated fatty acids that are essential for various health benefits.

However, the body can’t produce it, so it has to be obtained from food. Omega-3 can be found in both animal and plant sources.

There are three main types of omega-3 fatty acids:

Docosahexaenoic acid (DHA) is an omega-3 fatty acid found in eggs, dairy, fish, seafood, and algae. It’s the most essential form of all the 3; however, it’s often lacking in vegan or plant-based diets.

DHA is important for the health of the brain, retina, heart, and other organs. It can help reduce the risk of heart disease, stroke, Alzheimer’s disease, and some forms of cancer.

It is also important for developing the brain. Some supplements that contain DHA are available as capsules or in liquid form.

If you are on a plant-based diet, consider taking a vegan DHA supplement, usually made from algae.

This one is found along with DHA in sea foods and animal products. You can also obtain it from algae. It also promotes cardiovascular health and lowers the risk of heart disease, among other benefits.

This is the most common type often found in plant-based foods like chia seeds, flaxseed, walnuts, soybeans, and hempseeds.

It’s essential for normal growth and development. It has also been shown to reduce blood clots, maintain normal heart rhythm, promote cardiovascular health, and lower the risk of heart disease.

ALA can be converted to DHA  and EPA in the body; however, this conversion is usually insufficient to meet the daily DHA requirements.

Reduce triglycerides: Omega-3 fatty acids are important for reducing triglycerides, a type of fat that can increase the risk of heart disease.

Fights inflammation: Inflammation is a natural response to injury or infection and is essential for healing. However, too much inflammation can cause pain, fatigue, and other health problems.

Omega-3 fatty acids are important for fighting inflammation because they help decrease the production of inflammatory chemicals in the body.

Prevents depression: Omega-3 fatty acids are a type of brain-healthy nutrient. They help to prevent depression by increasing the production of serotonin, a neurotransmitter that helps to improve mood.

Some research also suggests that omega-3 fatty acids may protect the brain against age-related damage.

Improves bone health: They help to build strong bones and reduce the risk of osteoporosis.

Fights cancer: One reason omega-3 fatty acids work so well against cancer is that they can help to stop the growth of cells. 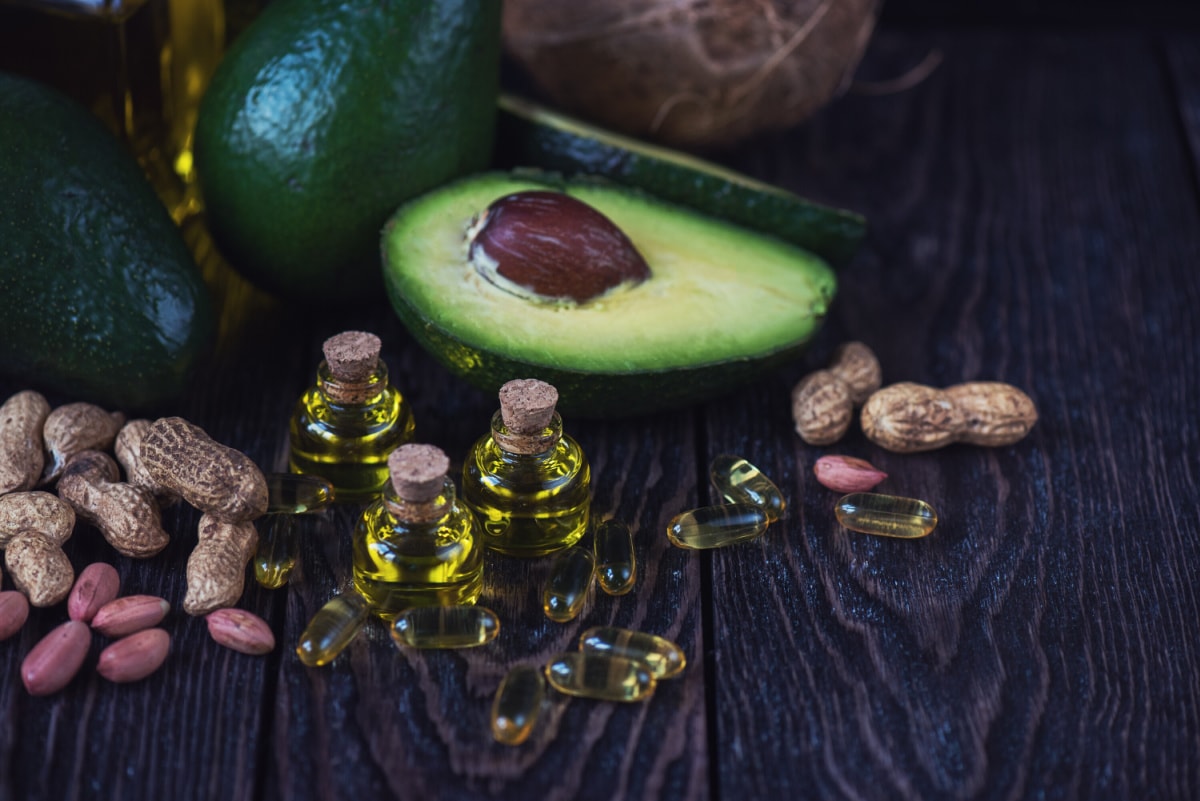 Here are a few symptoms to look out for:

One of the first symptoms of omega deficiency is fatigue. Omega-3 fatty acids are important for energy production and stamina.

When someone is deficient in omega-3s, their body cannot produce enough energy. This can cause tiredness, lack of motivation, and difficulty concentrating.

Omega-3 fatty acids are essential in regulating mood and behavior and fighting depression and anxiety.

This nutrient increases the levels of serotonin in the brain. Serotonin, also known as a happy hormone, is a neurotransmitter that plays a vital role in promoting happiness, which improves mood and behavior. When serotonin levels are low, it can result in mood disturbances and, in severe cases, depression.

Another way omega-3 fatty acids prevent depression is by boosting blood flow to the brain.

This increased blood flow improves nerve cell function and communication between these cells. This can increase mental performance and overall cognitive health.

If you are suffering from depression, it is important to speak with your doctor about your symptoms and treatment options. Omega-3 fatty acids may be of great help.

If you or anyone you know has ever been diagnosed with dry eye syndrome, it’s more likely that an omega-3 fatty acid supplement was prescribed.

This is because omega-3 is essential for the healthy functioning of the eye including maintaining moisture, tear production, as well as fighting inflammation.

To confirm this benefit, one analysis found that omega-3 supplements significantly improved dry eye symptoms than a placebo group.

Also, a study conducted on 64 adults with dry eye syndrome found that taking an omega-supplement daily for 30 days improved their condition.

This was done by increasing their tear production, reducing tear evaporation, and improving their overall symptoms of dry eye syndrome than a placebo group.

If you have omega deficiency, your eyes may feel dry and irritated all the time. Your eyes may also become red and sore.

That being said dry eye syndrome may also be as a result of other health conditions. So seeking professional help before assuming yours is due to the omega-3 deficiency will be the safest approach to take.

Dry skin is a common problem that can be caused by a number of factors, but one of the most common is omega-3 deficiency.

Omega 3 has even been shown to fight acne and improve various skin conditions like psoriasis and dermatitis.

In a study, patients with atopic dermatitis reduced their topical medication after consuming omega-3-rich hempseed oil for 20 weeks.

The research indicates that the participants experienced less dryness and itchiness, meaning they didn’t need the initial dose of their medication to control the symptoms.

Another study found that a daily intake of 2.5 mL of flaxseed oil experienced increased skin smoothness and hydration by 40 percent after just 3 months of use.

Both EPA and DHA have also been shown to protect the skin against sun damage which may cause irritation and sun damage.

Your health might be negatively impacted by your lack of sleep, and it might not just be the lack of sleep that’s to blame. Nutritional deficiencies may play a significant role.

For example, a deficiency in omega-3s has been linked to impaired sleep quality and duration. Researchers have found that people with lower levels of omega-3s are more likely to experience difficulty sleeping through the night.

One study looked at a group of adults who had trouble falling asleep or staying asleep, and the majority of them were deficient in omega-3s.

Additionally, those participants who were given an omega-3 supplement for six weeks reported improvements in their sleep quality and duration.

There is evidence that omega-3s promote relaxation and feelings of calmness, which is helpful when it comes to getting some shut-eye.

They may also improve the function of serotonin receptors in the brain, which can help promote better sleep patterns.

This is because serotonin is a melatonin precursor, meaning it’s used to synthesize melatonin, a sleep hormone responsible for signaling the brain that it’s time to sleep. It also controls your overall sleep-wake cycle.

Hair loss or hair thinning can be frustrating, but it can also be tricky to pinpoint the cause.

Omega 3 fatty acids play an important role in supporting healthy hair, so if your diet lacks these essential nutrients, you could suffer from unwanted hair changes like increased shedding or brittleness.

When omega-3 levels are low, the hair follicle can’t produce enough of its own oil. This can cause changes in the hair shaft, including thinning and loss of density.

In some cases, it can also cause hair to become brittle and prone to breakage. Additionally, omega-3s may help reduce the risk of hair cancer.

Your immune system is one of the most important systems in your body. It helps protect you from viruses and bacteria, ensuring that they can’t harm you or spread to the rest of your body.

A strong immune system can help prevent infections, allowing you to live your life without fear of getting sick.

An omega-3 fatty acid is one of the essential nutrients to help keep your immune system at its optimal function.

In fact, researchers from the University of California, San Diego School of Medicine reported an increased rate of anti-cancer T cells in a group of people with leukemia when they took high doses of omega 3 fatty acids per day for three months, as opposed to a control group that received a placebo.

The researchers hope these findings will lead to new treatments or preventive measures for those at risk of this type of cancer.

One of the most common causes of allergies and asthmatic attacks is a low omega-3 level.

Omega 3 fatty acids are important for keeping your immune system functioning properly and fighting inflammation, a common symptom of allergic conditions like asthma.

When omega-3 levels are low, the body can become more sensitive to allergens, increasing the number of allergic episodes.

So, it’s essential to ensure you’re getting enough omega-3s every day to reduce your risk of an allergic reaction.

In a study published in the journal Allergy, Asthma & Clinical Immunology, people who consumed an omega-3 enriched diet had a 37% reduction in seasonal allergic symptoms compared to those who did not consume omega-3s.

Omega-3s were found to decrease the production of histamines, which are chemicals that can cause an allergic response.

One of the most common omega deficiency symptoms is earwax buildup. Earwax is a natural protective layer that helps to keep your ears clean and comfortable.

However, when omega deficiencies are present, your body produces too much earwax. This can lead to earwax buildup and other problems, including hearing loss. 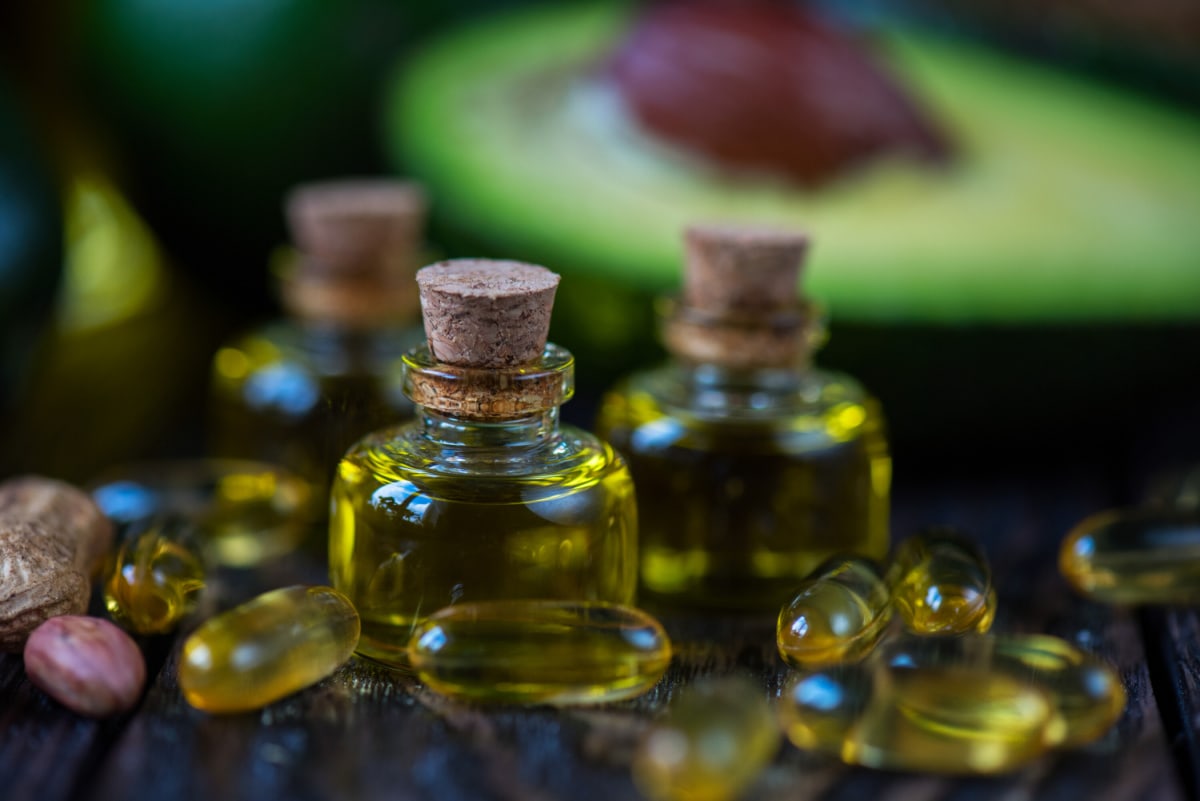 There are three types of omega-3 fats: ALA, EPA, and DHA. Unfortunately, our bodies cannot produce any of them on their own, so it’s up to us to make sure that they’re included in our diets, or we may experience a deficiency.

Several symptoms may indicate omega-3 deficiency. Some of these include tiredness, depression, hair changes, wax buildup, strong and healthy nails, and increased inflammation.

It’s important to be aware of these symptoms in order to take appropriate action.

If you think you may be suffering from one or more of the symptoms listed above, it is important to speak with your doctor. By doing so, you can get the treatment you need and improve your overall health. 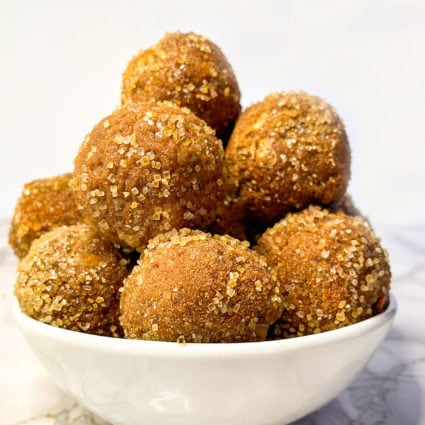 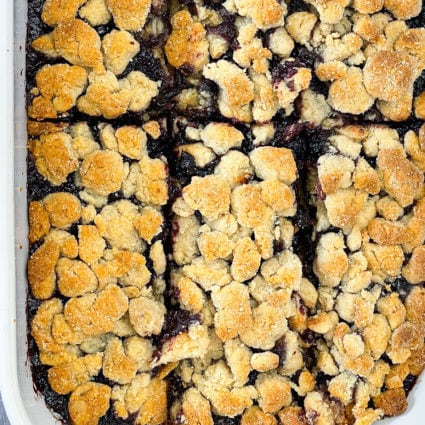 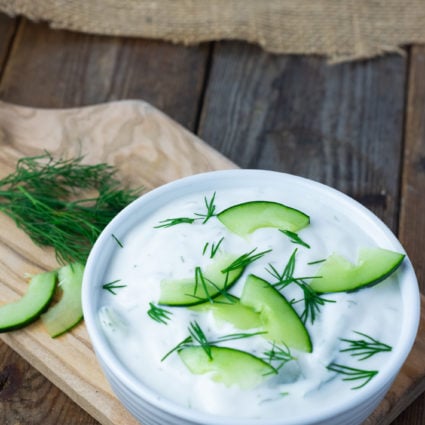