Kachumbari is an African salad. The name kachumbari originated from Indian cuisine which is a salad made from chopped tomato, onion cucumber. This salad is popular all over Africa. 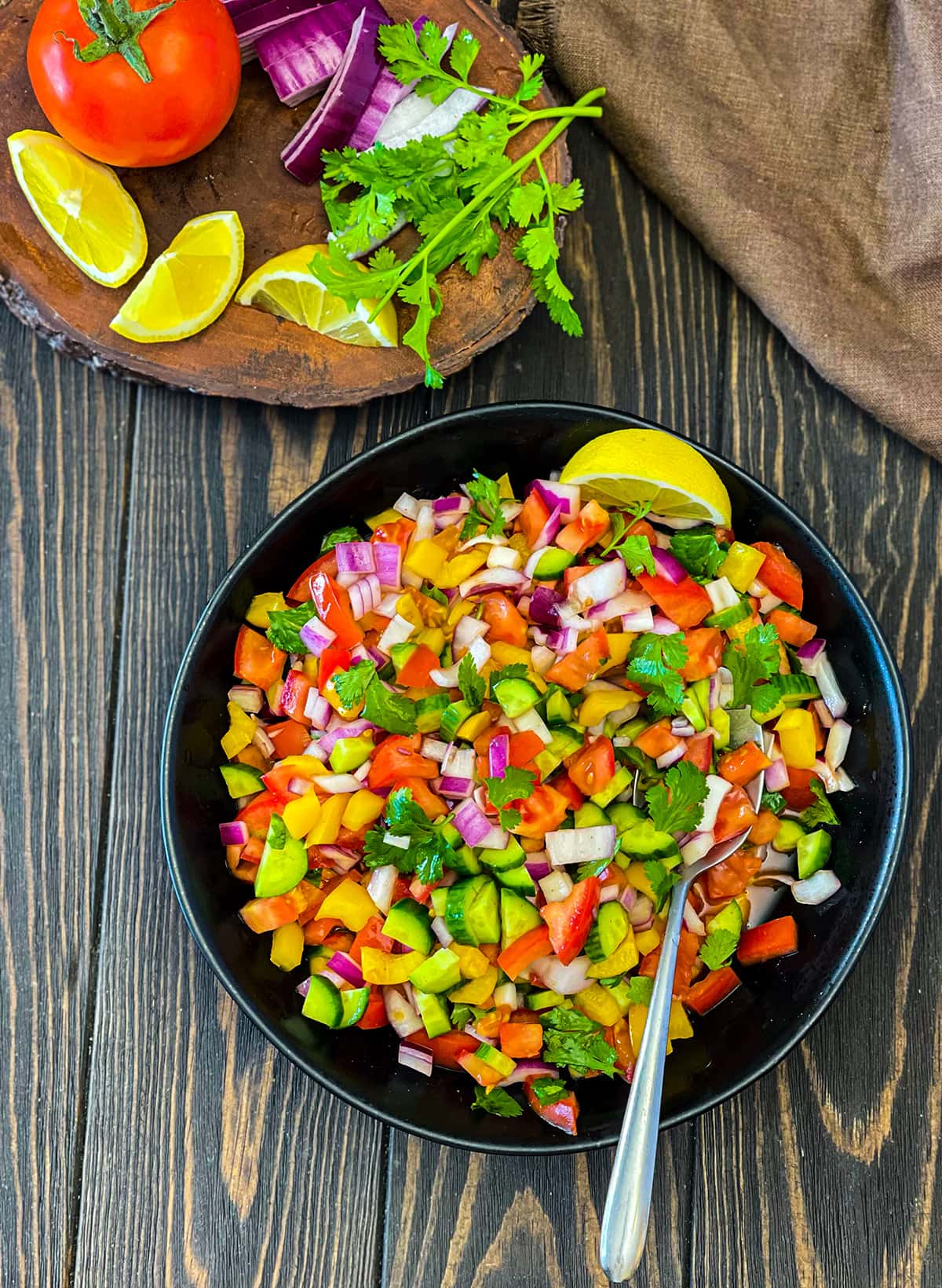 Kachumbari is an African salad. The name kachumbari originated from Indian cuisine which is a salad made from chopped tomato, onion cucumber. This salad is popular all over Africa.
Africa, it is consumed in some of the countries such as the east African ones and part of the southern African countries.

In Kenya, it is very common in the western region and coastal part mainly alongside the sea dishes. Usually, kachumbari is often a side dish served along with the main meal. It is easy to prepare because it does not require heating or cooking it is consumed in its raw form. The Kenyan kachumbari has tomatoes as a signature ingredient in its preparation. The nutrition value of kachumbari is very top-notch and therefore, it is a food to try out.

This recipe was shared with me by one of our readers Angie from Nairobi Kenya, with minor adjustments (substituted the vinegar for fresh lemon juice) and used cayenne pepper, hope you enjoy it as I did, 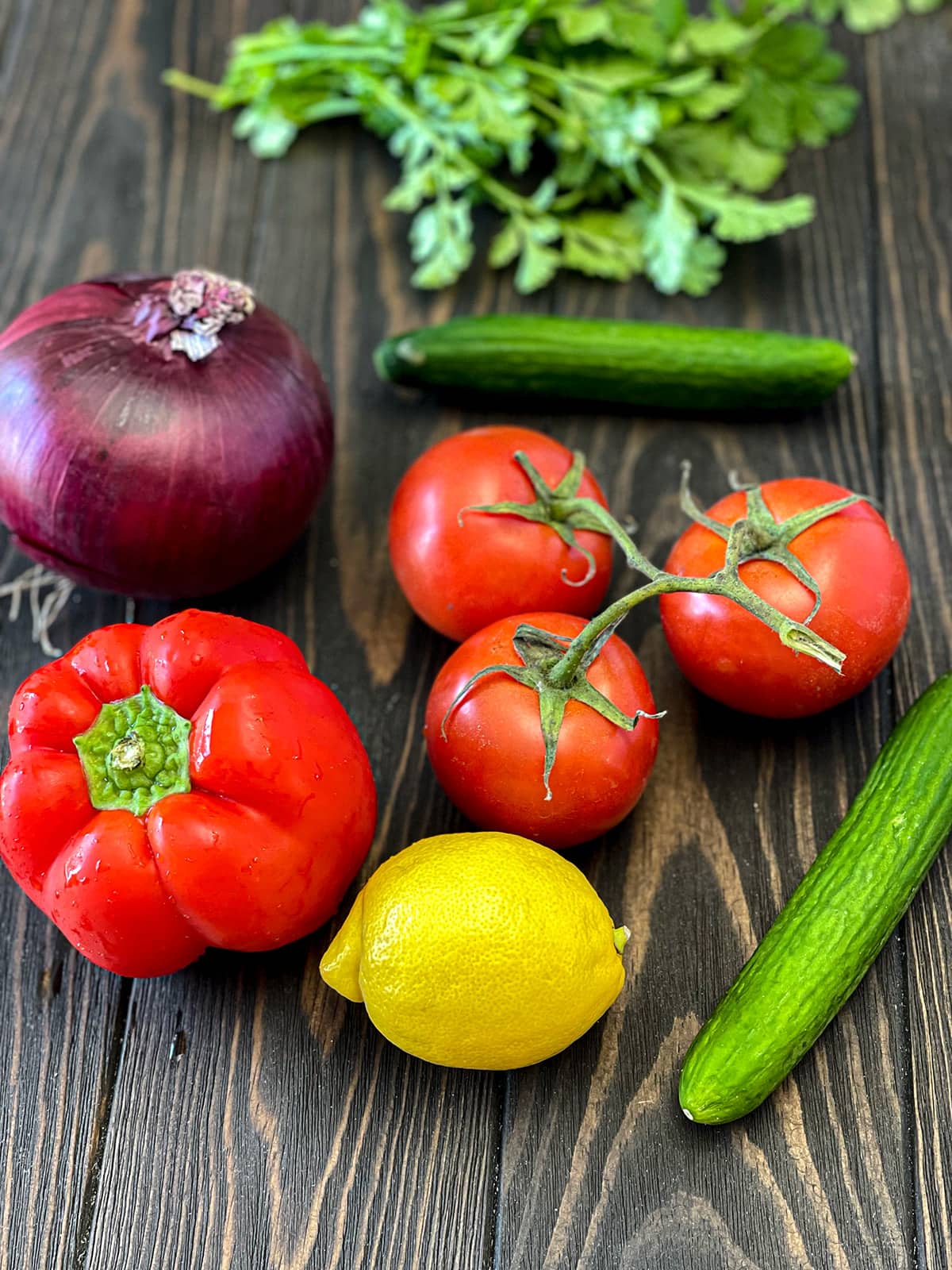 The key essential requirements include:

The following are the main parts of kachumbari. They include: 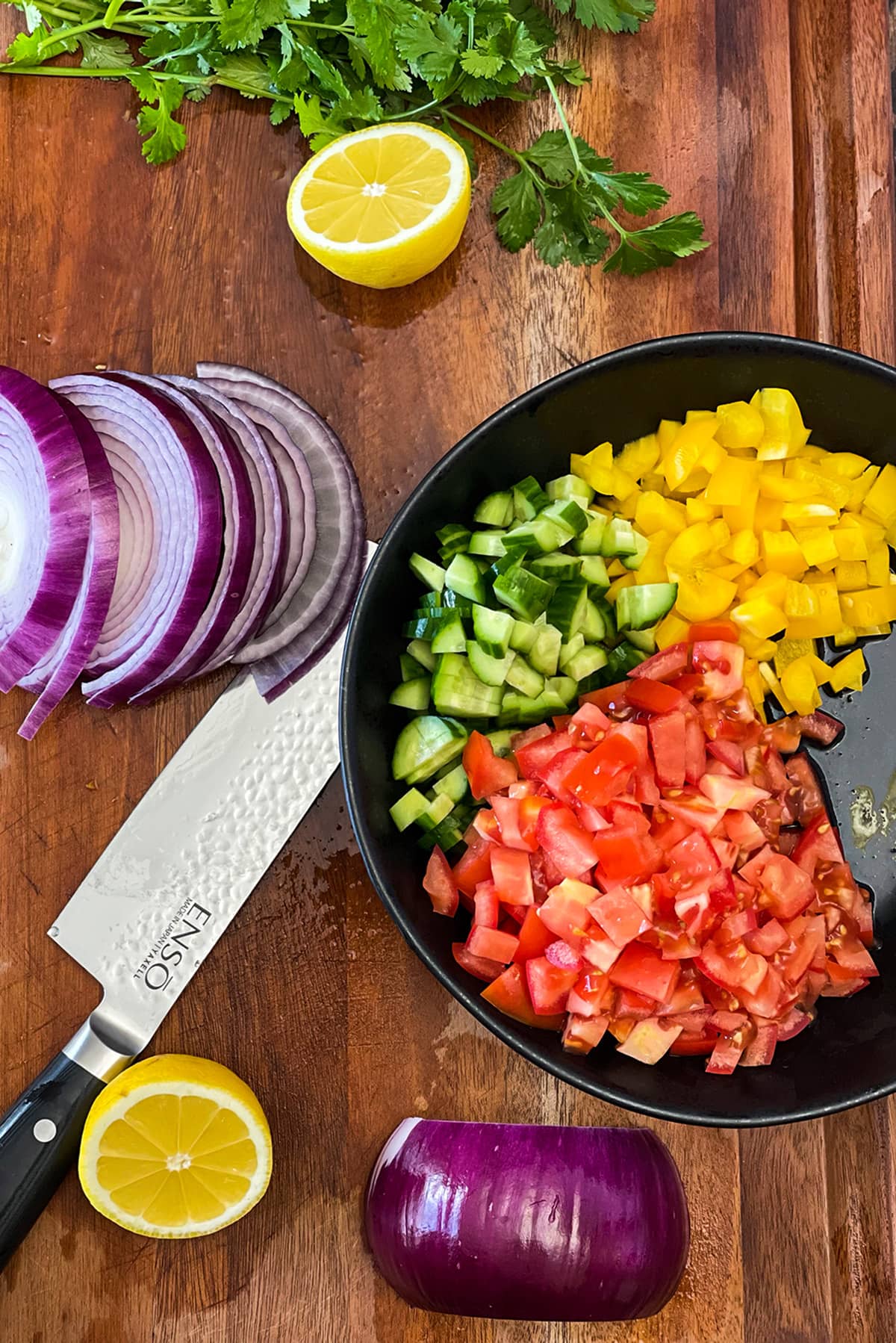 How to make kachumbari?

Preparing kachumbari is not difficult at all. Its preparation simply involves cutting and mixing without any cooking or heating also, adding cooking oil is not part of the preparation of this salad.

What to eat with kachumbari?

Kachumbari is suitable with any dish as a side dish. However, it is common with the fish dishes. While serving there are no restrictions on how many tablespoons to serve alongside the main meal. The most important bit about kachumbari is that it does not have time limits of when it should be consumed, thus any meal of the day can be accompanied by it.

The kachumbari is a whole meal in nature. The constituents are mainly vegetables which are rich in different essential nutrients. The coriander acts as both a detoxifier and a nutrient additive. The vitamin value of kachumbari is very high. Some of the minerals obtained include potassium, magnesium, copper, and manganese from tomatoes, high fiber, and macronutrients from the capsicum. The red capsicum, in particular, helps the body in the production of red blood cells which are known for ensuring the transportation of oxygen around the body, moreover, the vitamin content helps in the boosting of body immunity. There are no risks associated with large intakes of kachumbari.

Most African homes are involved in farming and the constituents used in the making of kachumbari are obtained from farms or the nearest market stalls. Therefore, it is not costly to prepare this salad. Furthermore, the fact that there is no heating involved makes it cheap to prepare and consume. The use of vinegar or lemon to preserve it from going bad makes it to be useable for several days.

Kachumbari is a worldwide salad. The fact that it has some origin associations from the Indian culture, it goes without saying that kachumbari is consumed even beyond the African continent. Therefore, it has different ways of being prepared based on who is involved. In the Indian region, spicing it up with chilly is a must-do. Hence, other additives vary from place to place which is the only variation but it remains that it is kachumbari.

Kachumbari is a salad that is satisfactory in itself, and that will leave everyone contented. It therefore should be something everyone tries out. 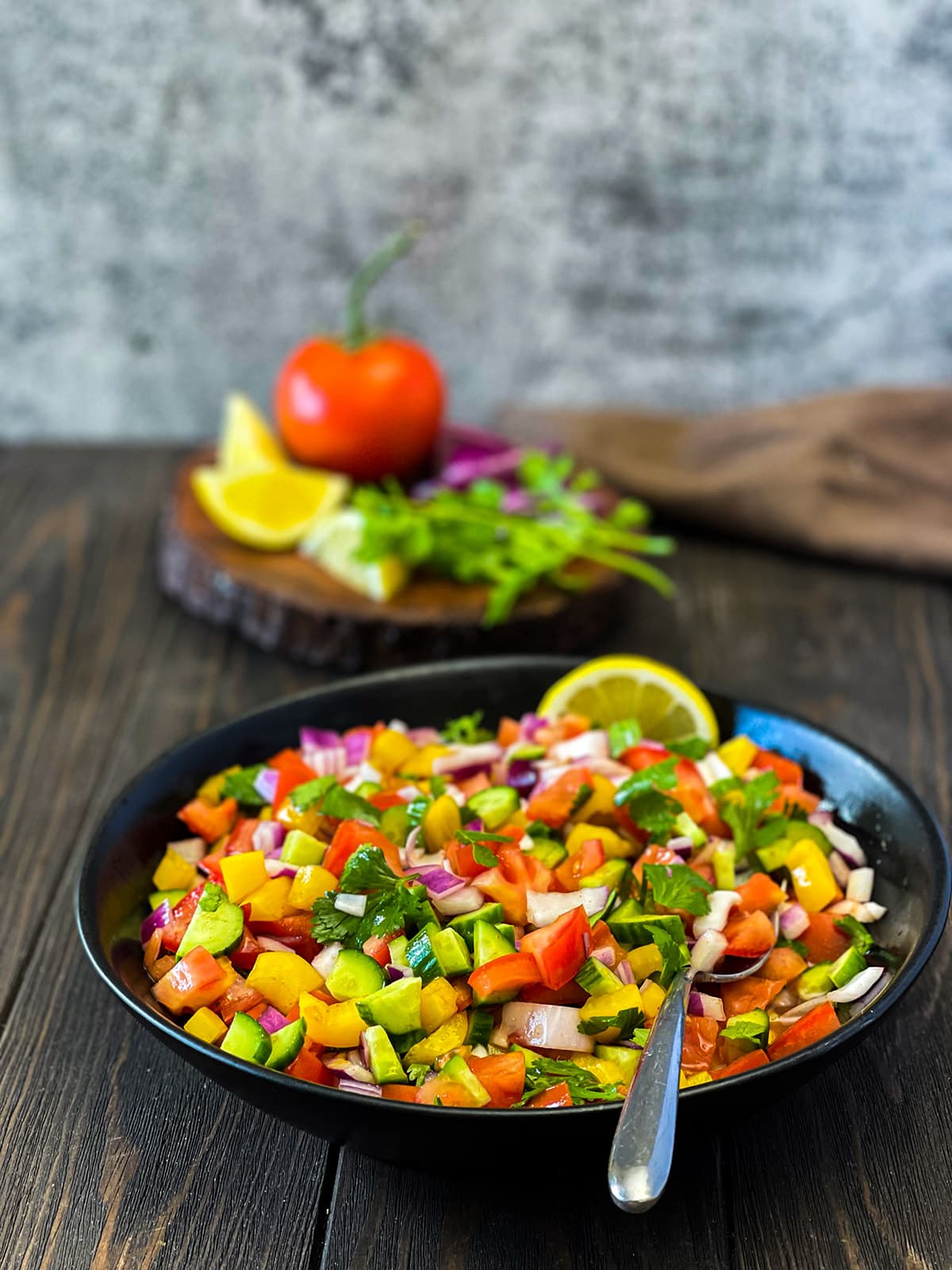 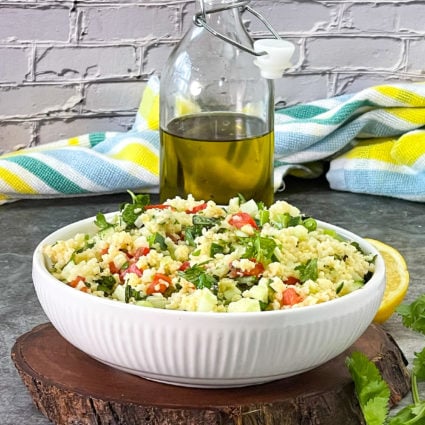 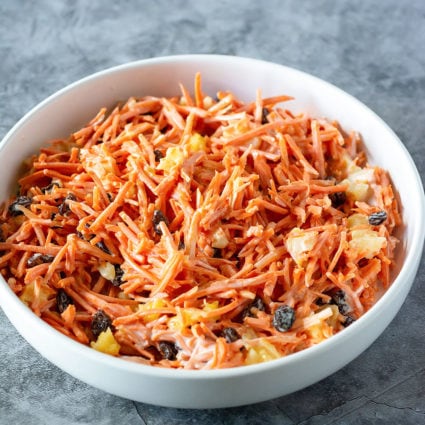 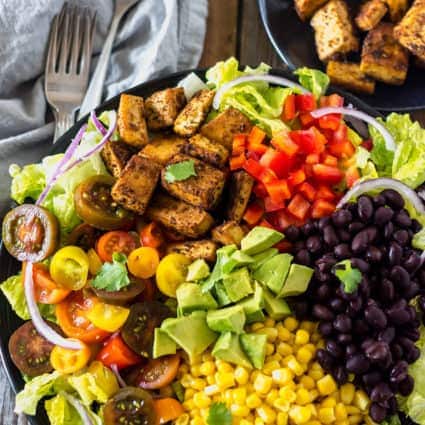