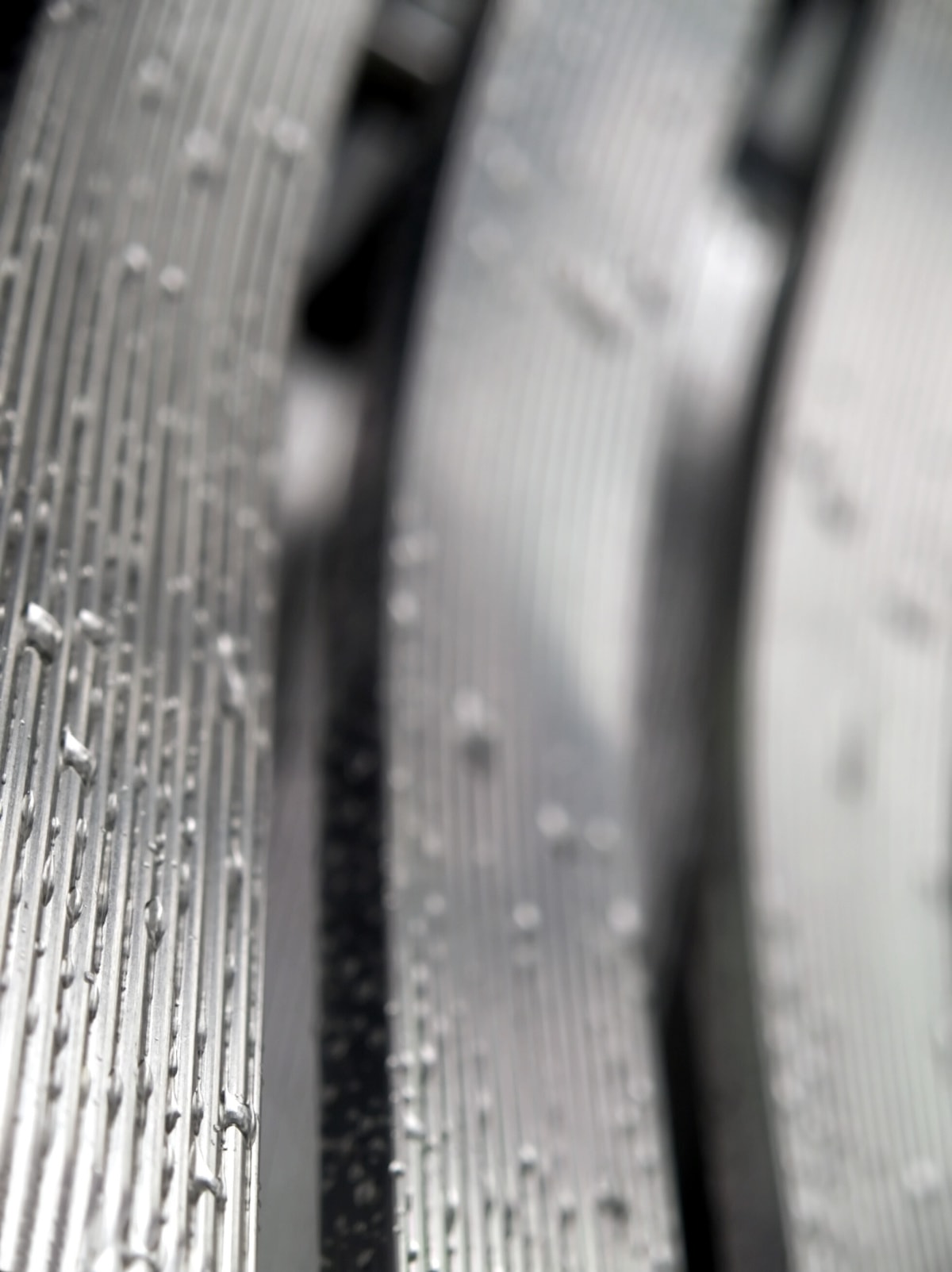 Chromium picolinate is the preferred form of chromium for supplementation. This mineral is thought to benefit your metabolism.

Some reports suggest that chromium could suppress appetite and stimulate thermogenesis through the sensitization of insulin-sensitive glucoreceptors in the brain.

Y’all heard about the white shirt-wearing thief, who got away with a whole lot of iron and chromium, all without dirtying his clothes?

… It was stainless steel…

Due to the important roles of chromium in the body, many have wondered if consuming additional chromium as a dietary supplement is a good health strategy.

Chromium picolinate is the mineral chromium attached to three molecules of picolinic acid. Chromium is a trace element that is naturally present in many foods and is available as a dietary supplement. This mineral might play a role in carbohydrate, lipid, and protein metabolism by potentiating insulin action.

What does chromium do?

This mineral plays a role in how your body breaks down fats and carbohydrates. Chromium picolinate is a supplement that some people take as a complementary and alternative therapy to possibly help with:

It is not safe to handle directly and can cause skin irritations. Hexavalent chromium is one of the strongest minerals on earth. It is toxic and cannot be safely absorbed. It is to be avoided unless in industrial use.

Chromium picolinate is an alternate form of chromium that is absorbed better. For this reason, this type is commonly found in dietary supplements.

Scientists have proposed that chromium binds to an oligopeptide to form chromodulin, a low-molecular-weight, chromium-binding substance that binds to and activates the insulin receptor to promote insulin action. Chromium might also have antioxidant effects. It is not an essential mineral because an absence or deficiency of chromium does not produce abnormalities that can be reversed with the addition of chromium.

This mineral exists in several forms. Although one dangerous form can be found in industrial pollution, a safe form is found naturally in many foods.

Where is chromium stored?

Chromium is stored in the blood. Most chromium is bound to plasma proteins, particularly transferrin, and only about 5% is unbound. It accumulates mainly in the liver, spleen, soft tissue, and bone.

Ascorbic acid and prostaglandin inhibitors, such as aspirin, increase chromium absorption, whereas oxalate and antacids inhibit it.

When we eat our digestive system turns the food into glucose. Glucose is the main fuel source of every cell in our bodies. Once it is broken down, it is then sent into the bloodstream to feed our cells.

Chromium might potentiate the action of insulin; studies have examined whether increasing chromium intakes might reduce the risk of impaired glucose tolerance.

PCOS is a common endocrine disorder affecting women of reproductive age. It is characterized by infertility, obesity, dyslipidemia, hyperandrogenism, and elevated risks of type 2 diabetes and cardiovascular disease.

For that reason, insulin resistance is often a central component of PCOS, studies have investigated the use of chromium supplements in people with PCOS to help maintain glycemic control and reduce lipid levels. One analysis included 7 trials with a total of 351 participants that administered chromium (as chromium picolinate) at 200 mcg to 1,000 mcg daily for 8 to 24 weeks.

Chromium is an important factor in enhancing insulin activity.

Studies show that people with type 2 diabetes have lower blood levels of chromium than those without the disease.

Insulin resistance is the common denominator in a cluster of cardiovascular disease risk factors.

Insulin resistance, with or without the presence of metabolic syndrome, significantly increases the risk of cardiovascular disease. It is present in two serious health problems in women: polycystic ovarian syndrome (PCOS) and gestational diabetes.

Several studies have now demonstrated that chromium supplements enhance the metabolic action of insulin and lower some of the risk factors for cardiovascular disease, particularly in overweight individuals. Chromium picolinate, specifically, has been shown to reduce insulin resistance and to help reduce the risk of cardiovascular disease and type 2 diabetes.

Since chromium might amplify insulin action, some scientists have proposed that chromium supplementation could reduce the amount of glucose converted to fat and increase protein synthesis and, hence, muscle mass.

Therefore, chromium supplementation has been proposed to both enhance weight loss and improve body composition by decreasing body fat and increasing lean body mass; its effects on these outcomes have been evaluated in several clinical trials.

Overall, research suggests that supplementation with chromium, mainly in the form of chromium picolinate, reduces body weight and body fat percentage to a very small, but statistically significant, extent.

However, these effects have little clinical significance. The absorption of chromium in the intestines is very low, with less than 2.5% of ingested chromium being absorbed.

A study was published online on 16 May 2007 in Wiley InterScience, ‘suggests that chromium picolinate/biotin when taken combined and administered as an adjuvant to current prescription anti-diabetic medication, may enhance glycaemic control in obese or overweight people with type 2 diabetes; more so those patients having poor glycaemic control on oral therapy.’

Increased caloric intake will lead to increased amounts of energy available to your cells.

If you cannot use all the energy your body absorbs, it will turn to fat storage as a way to keep excess energy on hand for later use.

For a person with diabetes or a high risk of diabetes, losing weight and maintaining a healthy weight can help reduce the risk of insulin resistance, prediabetes, diabetes, and the health complications that can result.

The mineral chromium acts as a cofactor or secondary messenger to insulin. Chromium seems to act as a dispenser to help release insulin which in return directs glucose to leave the blood and go into the cells. Chromium increases glucose absorption via insulin. After a meal glucose is converted into ATP “energy” or stored as glycogen in the liver and or muscles. Controlling glucose levels by managing caloric intake reduces the conversion of glycogen into triglycerides. This then helps manage body weight by inhibiting the growth of the fat cells.

There are people who work out and see little to no results. Your workout regimen may not be the cause. There may be a deeper cause at the cellular level.

One common problem is insulin resistance. Insulin resistance can lead to a prediabetic state and eventually type two diabetes. One of the major causes could be that there’s a lack of chromium in the diet.

A healthy diet always accompanies an exercise regimen. It is great to be healthy. More importantly, it is essential to provide the nutrients your body needs.

When the body has the correct nutritional balance, it can perform at optimal levels. Good fuel helps to repair the muscles. It can also reduce hunger. Getting the correct nutrients may cause the body to stop seeking food to fill the void.

Chromium May Reduce Hunger and Cravings

Most people who have tried to lose weight and keep it off are familiar with feelings of hunger and strong food cravings.

As a result, many are interested in foods, supplements, or medications that could help combat these urges.

An 8-week study assigned 113 people with depression to receive either 600 μg/day of chromium in the form of chromium picolinate or a placebo.

The researchers found that appetite and cravings were reduced with chromium picolinate supplements, compared to the placebo.

Another study found that chromium picolinate produced very small amounts of weight loss (2.4 pounds or 1.1 kg) after 12 to 16 weeks in overweight or obese adults.

Numerous other studies in healthy adults have demonstrated no effect of this supplement on body composition (body fat and lean mass), even when combined with exercise.

Based on current evidence, chromium picolinate is not effective at producing meaningful weight loss in overweight or obese individuals.

It appears to be even less effective in normal-weight individuals, even when combined with exercise. Despite the lack of a formal UL, some researchers have questioned whether chromium picolinate, the form of the mineral often found in supplements, is actually safe.

Based on how this form of chromium is processed in the body, harmful molecules called hydroxyl radicals may be produced.

These molecules can damage your genetic material (DNA) and cause other problems.

Interestingly, although picolinate is a very popular form of chromium supplement, these negative effects in the body may only occur when this form is ingested.

In addition to these concerns, a case study reported serious kidney problems in a woman who took 1,200 to 2,400 μg/day of chromium picolinate for the purpose of weight loss.

Chromium is present in many foods, including meats, grain products, fruits, vegetables, nuts, spices, brewer’s yeast, beer, and wine. However, chromium amounts in these foods vary widely depending on local soil and water conditions as well as agricultural and manufacturing processes used to produce them.

Most dairy products and foods high in sugar (e.g., sucrose and fructose) are low in chromium.

Most people get enough chromium from food. Foods that are good sources of chromium include:

Vitamins and Minerals that Boost Metabolism

My name is Kierra Barnett, When you hear that it may not seem like much but my footprint is going to make a difference on this earth. Aren't you tired of preventable diseases sending your loved ones to an early grave? I know I am! As a student dietitian at Oakwood University one of my long-term goals is to help reduce healthcare bills while directly increasing longevity. In my studies I've learn little of the power a plant-based diet can offer but there's so much more to know. I want to show people that a plant-based diet can be palatable, enjoyable, and desirable! All in all, food has the power to cure many acute and chronic diseases and with proper nutrition education and curious minds we will live out Thomas Edison’s quote “The doctor of the future will no longer treat the human frame with drugs, but rather will cure and prevent disease with nutrition.” This is my goal!

View all posts by Kierra →
You May Also Like 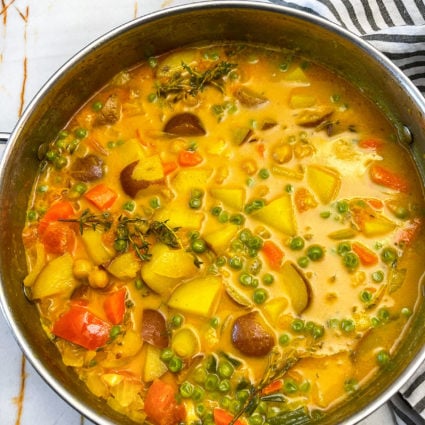 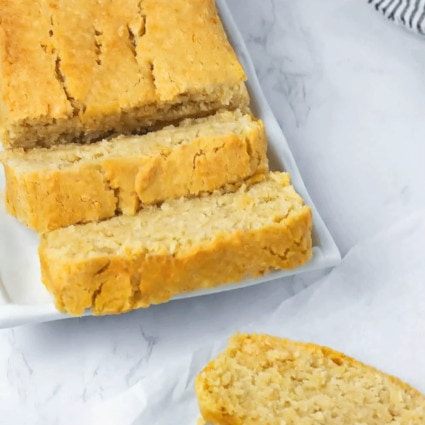