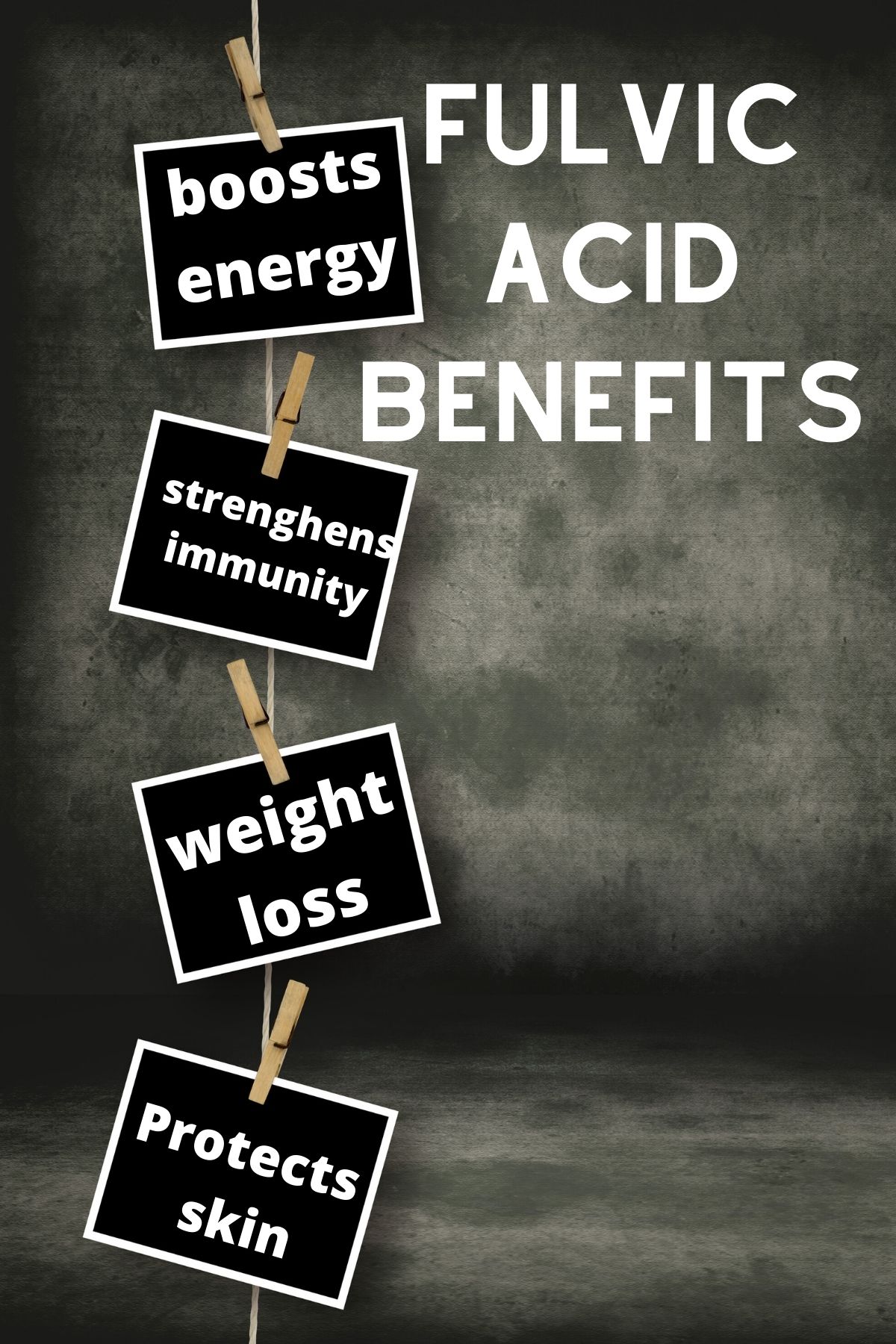 Fulvic acid is a part of humus, the organic component of soil made by the decomposition of organic matter such as leaves and other plant materials by soil microorganisms. Fulvic acid is a popular supplement for improving digestive health, boosting antioxidant levels, supporting the immune system, and detoxifying the body. Let’s dig deeper into Fulvic Acid Benefits.

Also, check out, Bentonite Clay, What Is Activated Charcoal Good For?  and What Are The Health Benefits Of Glutathione?

What Is Fulvic Acid Made From?

Fulvic acid is extracted from the compost and processed into a supplement. It’s often available as a liquid and in capsule form. Since it’s an organic matter, fulvic acid may come with other nutrients, including electrolytes, silica, fatty acids, probiotics, prebiotics, and trace minerals. In fact, pure it contains over 70 trace minerals, vitamins, and amino acids, all of which promote various cell functions.

Fulvic acid can also be obtained from shilajit. This is a substance secreted by certain rocks in certain mountain ranges like the Himalayas. It contains 15-20 percent of fulvic acid, making it a widely consumed supplement for fulvic acid provision. It may also offer some minerals and metabolites produced by the fungi in these rocks.

Besides, shilajit has been used in Ayurvedic medicine to manage different conditions such as asthma, diabetes, cardiovascular issues, and altitude sickness.

Powdered fulvic acid is yellow with a taste unpleasant to many. That’s why people choose to mix it in the powdered form into smoothies of juices etc., to make it more palatable. But beyond the displeasing taste lay numerous health benefits. They include:

Poor digestion is often a sign of imbalanced gut bacteria. It can present in various ways, including constipation, bloating, diarrhea, allergies, food sensitivities, and gastrointestinal disorders, which in most cases interfere with the absorption of nutrients.

Fulvic acid can promote nutrient uptake into the body, which can increase better nutrient utilization and help resolve most digestive issues.

In addition, fulvic acid is rich in different strains of soil-based probiotics, which helps promote the health and diversity of your gut probiotics, thus promoting a healthy digestive system with a balanced gut microbiome.

Besides being rich in nutrients, research shows that fulvic acid may increase your uptake of other nutrients from food.

For every nutrient-rich food you eat, fulvic acid acts as a carrier to carry those nutrients more effectively into the cells. This promotes nutrient absorption, which supports various functions leading to improved health and key nutrient concentrations in the body.

A lack of proper nutrient absorption increases your risk of deficiencies, lowers the immune system, and puts you at risk of diseases and illnesses.

3. It prevents vitamins and mineral deficiencies

Most of the health problems we face today can be traced to nutrient deficiencies. Even if you always eat healthy whole foods, you’ll be surprised to know you are deficient in something. That is because there are other things that put your health at risk, such as environmental pollution, which you have no control over. For instance, exposure to heavy metals may inhibit your absorption of important nutrients leading to deficiencies and illnesses.

Another major reason is the fact that the majority of food eaten today has been exposed to various chemicals used by modern farming practices. Such foods cannot offer the same nutrients as foods grown organically in rich soils.

With more than 70 trace minerals and vitamins, fulvic acid helps the body acquire the nutrients missing in such food.

Fulvic acid can fight inflammation and eliminate toxic substances from the body. It also increases the elimination of free radicles that can further wear the body down while increasing various minerals and electrolytes that boost brain functions and increase energy levels.

Increased intake and absorption of nutrients associated with fulvic acid can also provide sufficient energy to the cells, and optimal cell functions will translate to more energy.

Did you know that almost 70 percent of your immune system is located in the gut? That’s to say; a healthy gut equals a strong immune system.

The probiotics in fulvic acid help feed your good gut bacteria, thus increasing their diversity, improving their functions, and leveling out the bad bacteria. This, in turn, promotes a healthy digestive system which translates to a healthy immune system.

Also, fulvic acid is a powerful anti-inflammatory compound. In case you don’t know, inflammation is the principal cause of most chronic conditions, including type 2 diabetes, heart disease, arthritis, and even cancer.

In addition, fulvic acid is an antioxidant that helps neutralize free radicals in the body. This prevents them from reacting with other molecules, potentially resulting in cell damage. Damaged cells can potentially lead to chronic diseases such as diabetes, heart disease, and even cancer.

6. It may protect the skin

A study published in the Journal of Clinical, Cosmetic and Investigative Dermatology found that fulvic acid supplementation can relieve symptoms associated with eczema more than typical eczema medications.

Inflammation is a major contributor to many chronic diseases, including heart disease, arthritis, and cancer. Fulvic acid has powerful anti-inflammatory properties that can help protect against these conditions. In one study, fulvic acid was shown to reduce inflammation by up to 50%!

In another study, 100 people were given a fulvic acid supplement for four weeks. The results showed that those who took the supplement had significantly lower levels of pro-inflammatory cytokines in their blood compared to those who didn’t take it. And there’s more: It also promotes an anti-inflammatory environment in the gut by increasing levels of good bacteria like Lactobacillus and Bifidobacteria, which promote a healthy immune system response.

Fulvic acid has been shown to help the body burn calories faster. In one study, obese participants who took fulvic acid supplements for eight weeks lost more weight and body fat than those who didn’t take the supplements. The reason fulvic acid may help with weight loss is that it helps the body break down and use fat for energy.

When you eat or drink something high in sugar, your blood sugar spikes. Fulvic acid can prevent this spike by stabilizing blood sugar levels and reducing insulin resistance so your body doesn’t need as much insulin to get rid of the glucose in your bloodstream.

In addition, fulvic acid can also improve metabolism by suppressing appetite through hunger hormones such as ghrelin.

High cholesterol is a major risk factor for heart disease, stroke, and other serious health conditions. LDL (bad) cholesterol and triglycerides contribute to plaque buildup in your arteries, which can narrow or block them. This increases your risk of heart attack and stroke.

Fulvic acid has been shown to lower cholesterol levels in the body. This is believed to be due to its ability to bind with bile acids, which are then excreted from the body. Additionally, fulvic acid helps keep LDL cholesterol from oxidizing, which can lead to heart disease.

High blood pressure is a common condition in which the force of your blood against your artery walls is high enough that it may eventually cause health problems, such as heart disease. If left untreated, high blood pressure can damage your arteries, heart, kidneys, and other parts of your body.

According to a study published in the International Journal of Oncology, fulvic acid was found to be effective in inhibiting the growth of cancer cells. The study found that fulvic acid helped to stop the proliferation of cancer cells and also induced apoptosis (cell death). Another benefit of fulvic acid is its ability to induce anti-angiogenesis. Angiogenesis is the formation of new blood vessels in tumors. These new blood vessels are necessary for tumor growth, but with fulvic acid’s ability to cause anti-angiogenesis, it inhibits tumor growth.

Additionally, recent studies have demonstrated that taking 400mg of fulvic acid daily may reduce hair loss in people with cancer or undergoing chemotherapy. Hair loss is a common side effect of chemotherapy, radiation therapy or alopecia areata (hair loss caused by the immune system).

12. Can strengthen bones and joints

In a study published in the Journal of Orthopaedic Research, rats were given fulvic acid supplements, and it was found that their bones were stronger and more resistant to fracture than those who did not receive the supplement. Additionally, fulvic acid can help reduce inflammation and joint pain. It does this by boosting the production of synovial fluid, which lubricates the joint and helps cartilage absorb shock better. It also helps by preventing bone cells from sticking together. If you have osteoarthritis or osteoporosis, then taking fulvic acid supplements may be helpful for your condition.

13. Acts as an antihistamine

One of the most surprising health benefits of fulvic acid is its ability to act as an antihistamine. This means that it can help reduce the symptoms of allergies, such as sneezing, runny nose, and watery eyes. In addition, fulvic acid can also help to reduce inflammation and swelling.

As we age, it’s normal for our cognitive abilities to decline. However, research has shown that fulvic acid can help prevent this decline. One study found that older adults who took a daily fulvic acid supplement showed improved memory and cognitive function. Other studies have found that fulvic acid may be an effective treatment for dementia or Alzheimer’s disease, though more research is needed.

Safety, side effects, and dosages

Fulvic acid is considered safe when taken in moderate amounts. Toxicity is rare since it’s a natural compound, and it can easily be eliminated from the body.

Research shows that a moderate intake of fulvic acid (about 0.5 ounces, or 15ml) is safe to consume daily. However, exceeding this amount may result in adverse effects such as headaches, sore throat, and diarrhea.

Also, suppose you have an underlying medical condition that affects your immune function, like autoimmune conditions. In that case, you should take fulvic acid under close monitoring,  as it can activate the immune system resulting in complications.

And for breastfeeding or pregnant women, there is no conclusive evidence on safety, so it’s safe to stay away.

If you’re not familiar with fulvic acid, you may be surprised to learn that it can help with almost every area of your health. In fact, when people think of the word acid, they tend to picture something negative, but this acid helps your body in many ways and offers some truly surprising health benefits.

Fulvic acid is a supplement derived from decomposing organic matter in the soil. It can also be obtained from a shilajit, a substance secreted from specific rocks.

Fulvic acid exists as a powder in supplements and liquid form, and a dose of 0.5 ounces daily is considered safe.

Though this supplement can boost your health and wellbeing, it’s not for everyone. People with autoimmune conditions or breastfeeding and pregnant women are always advised against taking it. 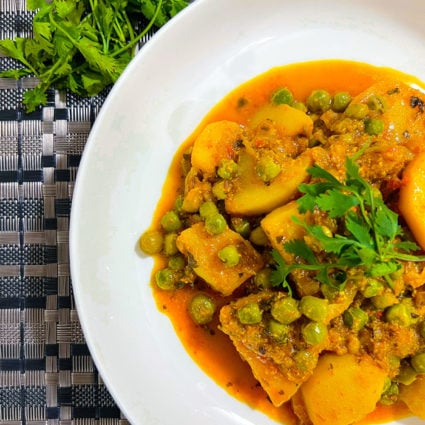 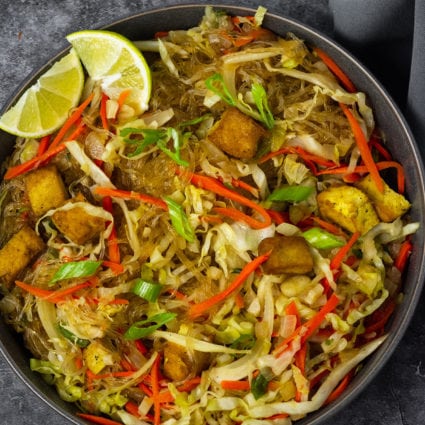 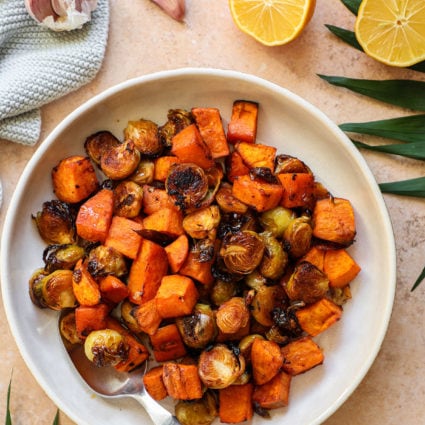