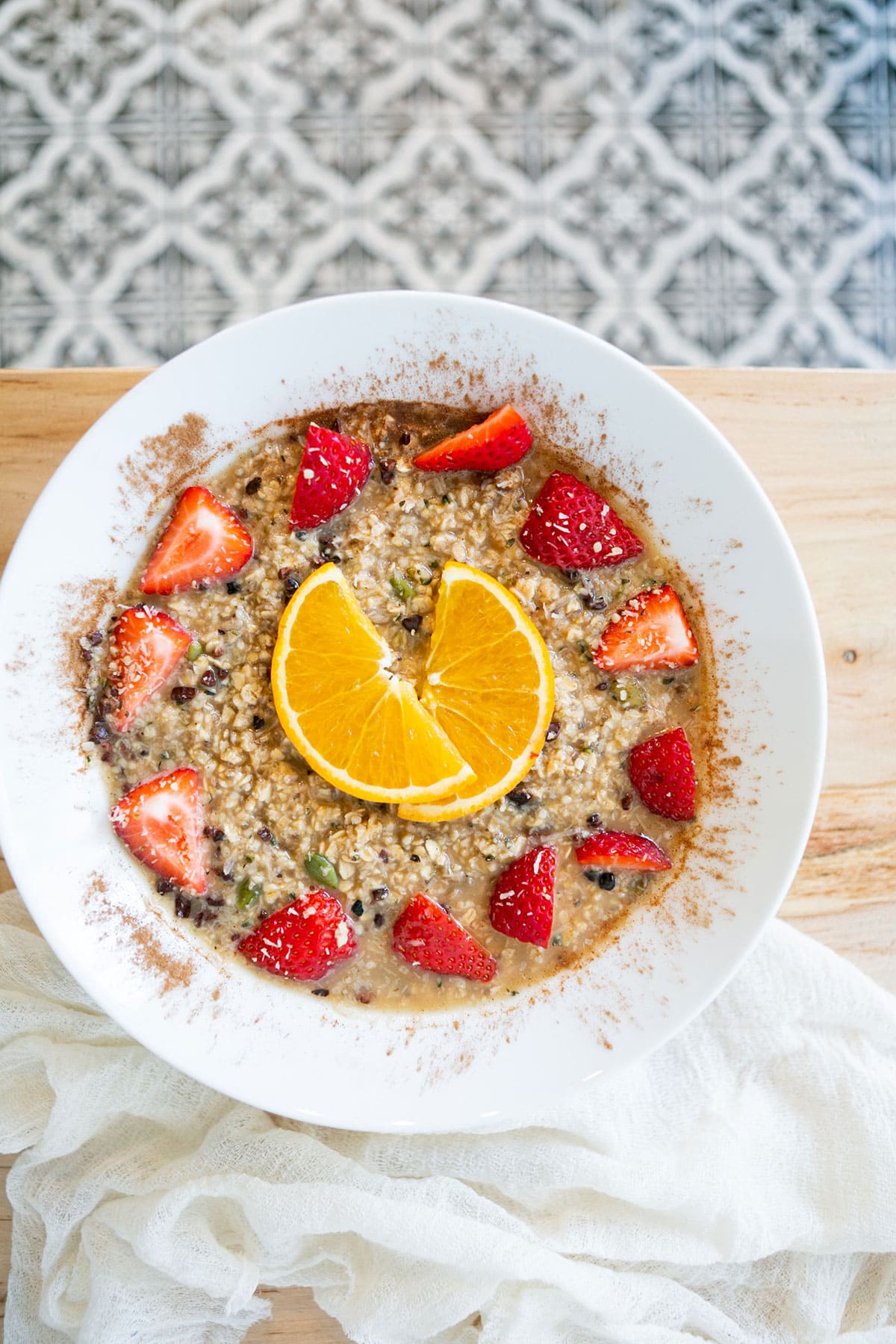 Beta-glucan is a type of soluble fiber naturally found in some foods like grains. It’s also present in the cell walls of yeast, algae, and mushrooms. It’s known for its incredible health benefits, including lowering cholesterol, boosting immunity, and promoting digestive health. Let’s take a closer look at the benefits of beta glucan and how you can include it in your everyday diet.

See also 12 Best Foods To Eat When Sick and Foods That Will Burn Belly Fat.

What is Beta Glucan?

Beta glucan, also known as β‐glucan or BG, is a soluble fiber and a polysaccharide (long chains of carbohydrates) found in the cell walls of fungi, bacteria, and cereal grains like barley and oats. It’s also available as a supplement.

It’s referred to as soluble fiber because it can dissolve in water.

The other type of fiber is insoluble fiber, which doesn’t dissolve in water but travels the digestive e system untouched.

The ability to dissolve e in water causes beta glucan to swell and form a gel-like substance in the digestive system. It’s this substance that renders its numerous benefits.

LDL is called bad cholesterol because it can quickly build up in your arteries, causing plaque to form. If not corrected, this can narrow the blood vessels increasing the risk of heart disease and stroke.

On the other hand, HDL is the good guy because it helps remove excess LDL from the blood back to the liver where it’s broken down.

Beta-glucan lowers cholesterol by binding to bile acids in the intestines. Bile is essential for the breakdown of fats into fatty acids during digestion. They also promote the absorption f fat-soluble vitamins like vitamins A, D, E, k.

For the body to make bile, it needs cholesterol, so by eliminating bile, beta-glucan helps the body use more cholesterol to produce the bile acids, thus decreasing cholesterol.

In a 2020 study, participants consuming 3 grams of beta glucan per day for 8 weeks recorded a 15 percent decrease in their LDL cholesterol.

High blood pressure or hypertension is a serious condition that significantly increases the risk of heart disease, stroke, and kidney disease, among others.

It can occur due to various factors, including inactivity, poor diet, tobacco or alcohol use, being overweight or obese, genetics, or underlying medical conditions.

A major benefit of beta glucan in lowering blood pressure is its ability to reduce inflammation, which is one of the underlying causes of high blood pressure.

Your immune system is a large network of organs, special cells, tissues, and proteins that work together to protect the body from harm through various biological processes.

According to various lab studies, beta glucan can activate various immune cells, including macrophages, helping protect you against infections.

However, achieving it may be a bigger challenge for some people, especially those with insulin resistance.

Insulin is a hormone that promotes glucose uptake from the blood into the cells. When you have insulin resistance, it means your cells are not responding to insulin, so the glucose can’t get in. This leads to an accumulation of glucose in the blood, which increases its storage as fat, causing weight gain.

In one study, oat beta-glucan supplementation on mice with insulin resistance improved insulin sensitivity in low doses of 200 mg/kg body weight and high doses of 500 mg/kg body weight. The high dose was, however, more significant. In fact, the effects of high doses were likened closely to metformin, a drug used in type 2 diabetes to increase insulin sensitivity while reducing glucose production by the liver.

Also, beta glucan has been shown to enhance the feeling of satiety, increase appetite-suppressing hormones, slow gastric emptying, and metabolize short-chain fatty acids that may further impact appetite regulation. All these factors work together to promote weight loss and overall wellbeing.

The human gut is home to about 100 trillion bacteria with up to 1000 different species, both good and bad. Together these form the gut microbiome.

The good bacteria are also known as Probiotics. They perform various essential functions, including synthesizing vitamins, breaking down food, protecting against invaders, and balancing out bad bacteria.

Beta glucan is a prebiotic fiber that helps feeds the good gut bacteria, boosting their growth while suppressing the bad ones. This helps promote an overall healthy gut microbiota, which in turn can fight inflammation, improve digestion, and increase immunity.

The soothing nature of beta glucan can also help soothe and heal a damaged gut lining.

When you eat beta glucan, it absorbs water as it travels through your digestive system. This forms a gel-like substance that slows digestion, including the digestion of carbohydrates in other foods and the absorption of sugar into the bloodstream.

This facilitates a slow release of glucose which provides a steady energy source until your next meal. This is unlike other types of carbohydrates associated with spikes and crushes leaving you hungry and craving sugars.

Research shows that applying beta-glucan-containing products can promote hydration by locking in moisture.

Also, beta glucan can act as an antioxidant, helping strengthen the skin barrier by protecting against free radical damage, especially those associated with UV rays.

Free radicals from too much sun can cause premature signs of aging, including wrinkles, fine lines, and age spots.

Some studies have also found that topical application of beta-glucan can increase collagen and stimulate tissue regeneration, both of which can boost the health and wellbeing of your skin.

Beta-glucan has antitumor effects and has been shown to activate the immune system and trigger a response. This helps create an attack on the cancer cells, causing them to die. In some cases, it can inhibit or slow down the growth of cancer cells.

Oats are the second highest source of beta glucan after barley. The amount of beta glucan in oats may vary, but it commonly ranges between 3-5 percent of beta-glucan by weight per cup of dry oats. When cooked, a cup of oats may provide up to 2 grams.

It’s no wonder oatmeal is often recommended for weight loss and to lower cholesterol. This nutritious cereal grain is not only high in beta-glucan but also provides a good amount of protein, manganese, magnesium, phosphorus, thiamine, and zinc.

In addition, oats are gluten-free, making them a great addition to those on a gluten-free diet.

You can enjoy oats as a meal, make oat milk, or grind it into flour for various baking recipes.

Barley is the richest source of beta glucan. It can provide between 2 to 20 grams of beta glucan per cup. It’s also a great source of selenium, a powerful antioxidant that may protect against heart disease and reduce the risk of certain cancers.

Like oats, barley is a good source of protein, manganese, magnesium, thiamine, and phosphorus.

Barley is, however, not gluten-free, so it’s not suitable for those with gluten sensitivity or generally on a gluten-free diet.

You can add barley to your diet in different ways, including Adding barley flakes to your breakfast porridge, eating it as a side dish instead of rice or quinoa, adding it to soups And stews, or making barley salad with cooked barley and vegetables. 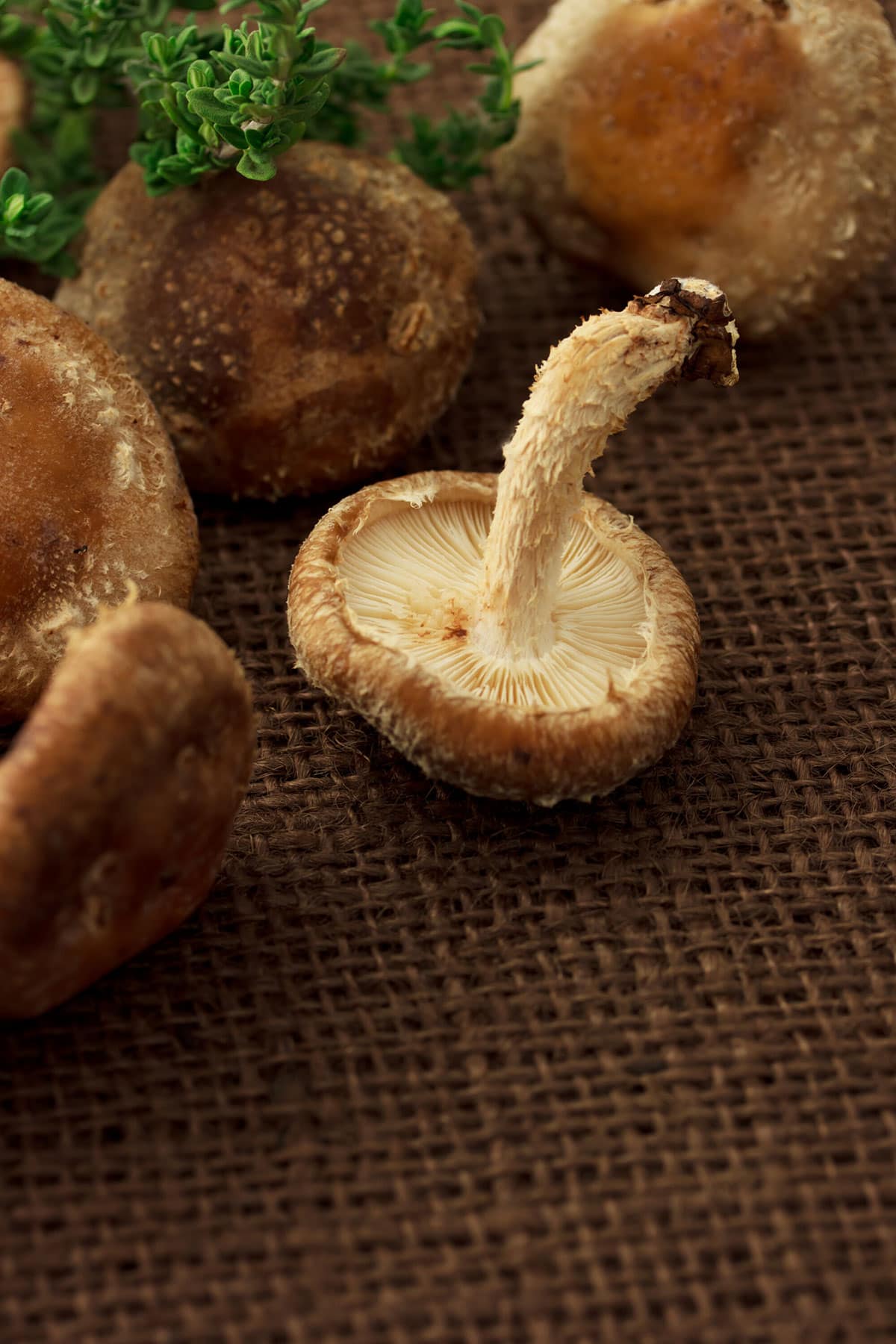 Shiitake is a medicinal fungus native to East Asia but is now cultivated worldwide. It’s rich in two types of polysaccharides, beta-glucan and lentinans. These compounds boost the immune system, prevent cell damage, and boost the production of white blood cells, which is essential for boosting immunity.

They can also add a burst of flavor to pasta dishes, rice, noodles, sauces, and sandwiches.

Reishi is another fungus native to East Asia. It’s actually a staple in eastern medicine. In modern science, it has been shown to boost immunity, fight cancer, and treat depression.

The beta-glucan in reishi (beta-d-glucan) is mainly known for its ability to modify biological responses. That’s why they are often referred to as Biological Response Modifiers (BRMs).

BRMs work by stimulating or inhibiting different immune responses. For example, BRMs can increase immune response, enabling a more effective response in fighting against an infection.

Contrary, they can slow down an overreactive response by modulating various anti-inflammatory pathways in the body.

Reishi mushrooms are often taken as tea, but you can add dried reishi mushrooms to meals like stir fry or veggie rice. You can also take it n powdered form as a capsule.

From nori to kelp, kombu to wakame, edible seaweeds and algae are other excellent sources of beta-glucan. In fact, the beta glucan in these sources is the one often used in supplements. The amount of beta-glucan usually varies with the type of seaweed and where it’s grown.

Seaweed is also a good source of iodine, an essential nutrient for thyroid health.

You can easily enjoy raw, edible seaweed with lime juice as a snack or in salads.

For algae, you can toss it into fried rice, add it to miso soup, or munch on a salted seaweed sheet.

Nutritional yeast is a common vitamin b 12 substitute for vegans, and even though it doesn’t provide too much of it, including it regularly in your diet can boost your intake.

To eat nutritional yeast, sprinkle it on food or use it in pasta as a cheese substitute.

While natural food sources are always best, You can still take a beta glucan supplement, especially if you’re using it to improve a particular condition.

There’s limited research on beta glucan dosage; however, according to the U.S. Food and Drug Administration and the European Food Safety Authority, a daily intake of three grams has been shown to lower cholesterol. So there’s that idea that the same dosage can help boost other benefits.

Nonetheless, a higher intake of as much as 10 grams has been shown to be more effective in hunger and promoting weight loss. Plus, there are no proven life-threatening side effects of too much beta-glucan unless it’s an IV infusion. Some sensitive individuals experience abdominal discomfort may, but it’s very rare.

Beta glucan is a water-soluble polysaccharide made up glucose units.

Beta-glucan can be found in various foods, including oats, barley, seaweed, nutritional yeast, and medicinal mushrooms like shiitake and reishi.

This fiber is also available as a supplement, and although there’s no information on the exact dosage, you can start with 3 grams daily and work your way up to 10 grams per day. 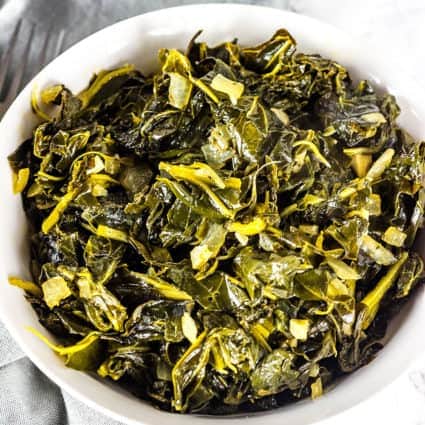 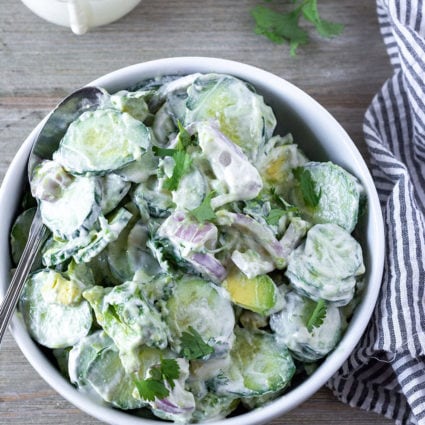 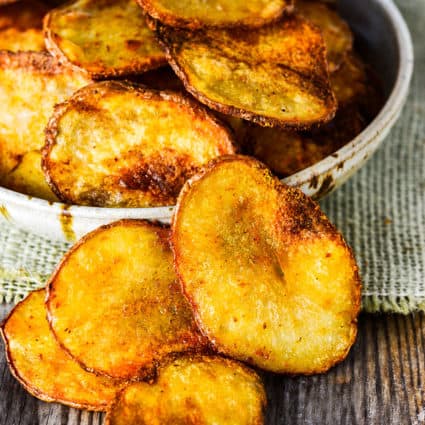