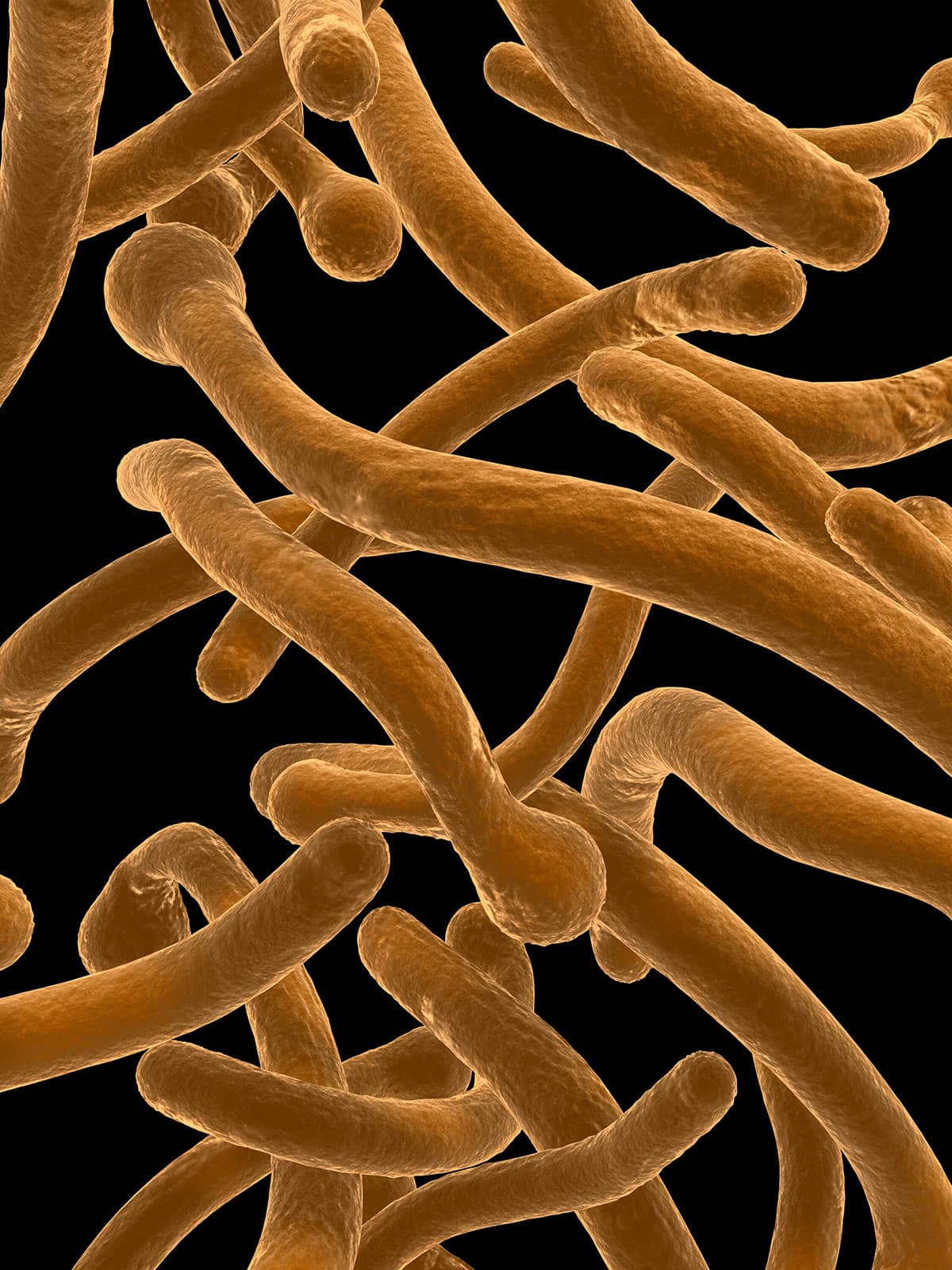 Candida overgrowth symptoms are a common non-recognized occurrence in most people, especially women and those with a weak immune system.

But what’s surprising is that candida is a type of yeast that naturally lives in your body without causing any problems.

In fact, different kinds of Candida live in the mouth, throat, intestines, and skin without ever causing an issue. However, when the balance of this candida goes out of whack, you can end up with too much candida in your body (aka overgrowth).

This may cause yeast infections like candidiasis which may cause varied symptoms, including a white coating on the tongue, vaginal infections, craving for sweets, digestive issues, and brain fog.

This article takes you through the common candida symptoms of candida overgrowth and what you can do about it.

See, Gut Cleansing Foods, and Should You Take Probiotics With Antibiotics? 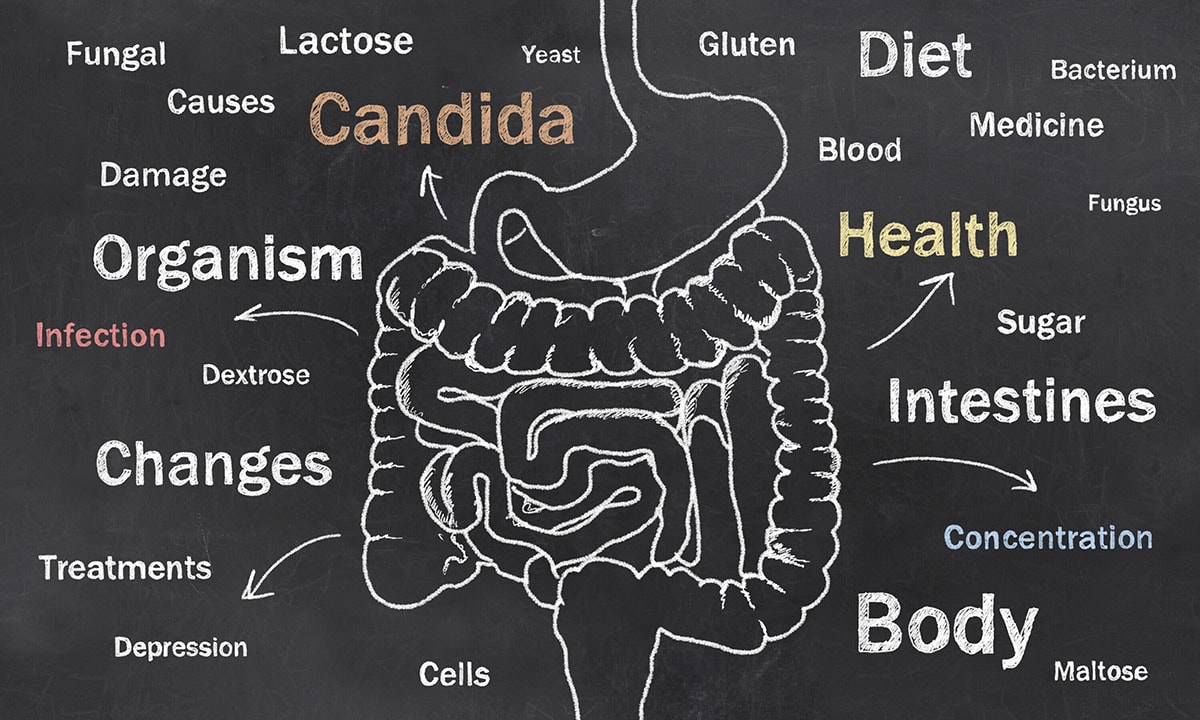 Candida can take over your body because of different reasons including:

Oral corticosteroids are a type of medication used to treat a variety of medical conditions, including asthma.

They work by reducing inflammation in the body. However, oral corticosteroids can also cause candida overgrowth.

When oral corticosteroids are taken for long periods of time, they can cause the yeast to grow out of control. This can lead to candida overgrowth and other health problems.

It is important to be aware of the risks associated with taking oral corticosteroids and to talk to your doctor if you are considering using them long-term.

For example, asthma patients on corticosteroid inhalants are at high risk of developing oral candida, which may progress to systemic candida. That’s why it’s always advised to swish your mouth with water after each use.

Candida thrives on sugar, so one of the most important things to remember is to stay away from added sugars, including high fructose corn syrup. Additionally, avoid hidden sources like canned fruit in syrups and baked goods.

And don’t forget about artificial sweeteners – they’re full of chemicals that feed candida!

Stress is an extremely prevalent cause of candida overgrowth. It can also be a symptom of candida as well. Stress triggers the release of hormones and chemicals in your body, which can then lead to inflammation and a weakened immune system. Candida responds to this by growing much faster than usual, leading to an overload on your system.

Oral contraceptive pills are a type of contraception that contain hormones that helps prevent pregnancy. It’s taken by women to prevent eggs from being released (ovulation) thus preventing fertilization and implantation of the fertilized egg.

Contraceptive pills and hormone replacement therapy can cause candida over-growth because they interfere with the natural vaginal balance and environment.

This can lead to yeast infections, BV (bacterial vaginosis), and other reproductive health problems.

Birth control pills can also cause hormonal changes, which can inhibit the body’s natural ability to fight off infections like candida.

For example, changes in estrogen levels may contribute to yeast growth by blocking or slowing down stomach emptying and impairing the natural production of Lactobacillus bacteria in the small intestine, which helps neutralize yeast byproducts.

Alcohol is another big culprit for this condition because it contributes to poor gut health. The alcohol breaks down during digestion and ferments into sugars that feed the candida yeast in your digestive tract. It’s easy to eat more sugar than you need when you drink alcohol.

Diabetes is a condition in which the body doesn’t produce enough insulin. Insulin is a hormone that helps regulate sugar levels in the blood.

When the body doesn’t produce enough insulin, sugar accumulates in the blood. This sugar can cause an overgrowth of candida.

If you have diabetes, it’s important to see your doctor for advice on how to manage your condition. He or she may recommend treatment for candida overgrowth.

One of the most common side effects of cancer treatment is candida overgrowth.

Cancer treatments can kill off many good bacteria that naturally fight candida. This leaves the body more susceptible to candida overgrowth. Candida can also grow quickly in an acidic environment created by cancer treatments.

Additionally, radiation therapy, a type of cancer treatment can cause the release of toxins that contribute to the development of candida. And finally, many anticancer drugs are known to suppress the immune system, which can allow candida to take hold.

According to one study, a third of patients on cancer treatments were shown to have invasive candidiasis.

There are a few ways to prevent or treat candida overgrowth during cancer treatment: keep your body as healthy as possible by eating a balanced diet and avoiding unhealthy foods and supplements; take antibiotics only when necessary and for the shortest time possible, and use probiotics to promote gut health.

Long-term high stress levels cause the body to release cortisol, a stress hormone. High levels of cortisol can raise your blood sugar and lower your immune defense, making it easier for candida to grow. The high sugar levels also feed the candida causing them to multiply faster.

If you are struggling with cravings, it is important to seek help from a qualified healthcare professional. There are many treatments available for Candida overgrowth, and they can be very effective.

There are a few key symptoms of candida overgrowth that can impact your mental health. The most common is brain fog, which is a feeling of chronic tiredness or difficulty concentrating.

Candida can also interfere with the production of serotonin, a neurotransmitter that plays a role in mood regulation.

Oral thrush is a candida infection that occurs in the mouth.

It causes white patches on the tongue and on the mucous membrane in the mouth including the inner cheeks, gums, and palate.

It’s common in children and can be passed to them during birth if the mother had vaginal candidiasis.

Oral thrush is also common in older people and those with a compromised immune system. It can also occur from a long-term use of certain medications such as oral corticosteroids.

If not treated, oral thrush can spread to other parts of the body including the esophagus (causing difficulty in swallowing), heart valves, lungs, digestive system, and the liver.

Fatigue is a common problem that affects many people. It is a state of weariness and tiredness that can make you feel exhausted and unable to think clearly. It can have a negative impact on your work, school, and personal life.

Several factors can cause fatigue, like sleep deprivation, stress, and overwork.

Candida overgrowth is another common but less identified cause of fatigue. Though it doesn’t directly cause fatigue, candida can interfere with your nutrient absorption, especially magnesium whose deficiency has been shown to cause fatigue.

If you are feeling fatigued, there are ways to recover. You can take breaks, get enough sleep, and reduce the stress in your life, but if none of these efforts is bearing fruit, try getting checked for candida overgrowth.

Candida is a common organism in the vaginal tract of most women. While it’s harmless in most cases, some conditions may cause overgrowth and an imbalance leading to vaginal candidiasis.

According to research, 75 percent of women get a vaginal yeast infection at least once in their lifetime, and half of this number will experience a recurrence at least once.

Pregnant women are common culprits because pregnancy can interfere with your hormones and because pregnancy generally lowers your immune system, making you susceptible to infections. So it’s always important to eat a balanced diet and maintain proper hygiene to help boost your immune functions.

Hospitalized patients, the elderly, and those with other conditions that lower the immune system may also have an increased risk of candida-related urinary tract infections.

Different health problems may result in digestive issues, and candida overgrowth can be one of them. This can cause an imbalance in the gut flora leading to various digestive issues, including diarrhea, constipation, bloating, and more.

This imbalance occurs when the amount of good bacteria in the gut decreases, which can be due to a variety of factors like antibiotics, diet, stress, and poor sleep. Over time, this will allow the candida yeast to grow unchecked and cause digestive problems.

Research has even shown that most gastrointestinal conditions like chron’s disease and ulcerative colitis are highly associated with candida overgrowth.

If you’re experiencing any of these symptoms, it’s important to see a doctor to determine the cause and find a treatment plan.

Sinus infections are becoming increasingly common, and although they’re often caused by bacteria, candida overgrowth could be another reason behind it. It can result in a number of symptoms including runny nose, headaches, nasal congestion, and loss of smell.

Candida can affect any part of your skin but it’s common in places that are likely to get moist like armpits, and groin. They can also occur in between your toes if you don’t dry your feet properly, a condition commonly known as athlete’s foot.

An overgrowth may also result in ringworms or toenail fungus. These conditions can be very uncomfortable but they easily go away with antifungal treatments.

If not treated, chronic Candida overgrowth can cause the Candida to enter the bloodstream and travel to the joints where it may cause arthritis which often presents with pain, joint stiffness, and swelling. Knee joints and hips are the most affected.

How to eliminate Candidiasis

Foods to increase during your treatment

Candida overgrowth, also known as candidiasis, refers to the presence of an overgrowth of Candida yeast in the body, causing symptoms and side effects such as bloating, fatigue, headaches, and more.

Many factors can contribute to candida overgrowth, but most commonly they come from nutrient deficiencies and stress. Eating foods that feed the Candida yeast and not maintaining proper gut health are also big contributing factors.

If you are experiencing candida overgrowth symptoms, it is important to see your doctor to rule out any other underlying conditions.

Once you have been diagnosed with candida overgrowth, taking steps to restore balance in your body will help to reduce or eliminate the symptoms.

Your doctor may be able to prescribe antifungal medications to help treat the condition, or better address the main cause.

In addition, there are some things you can do to promote your recoveries such as avoiding sugary and processed foods, limiting your alcohol intake, and including antifungal foods in your diets like garlic, coconut oil, and pomegranate. 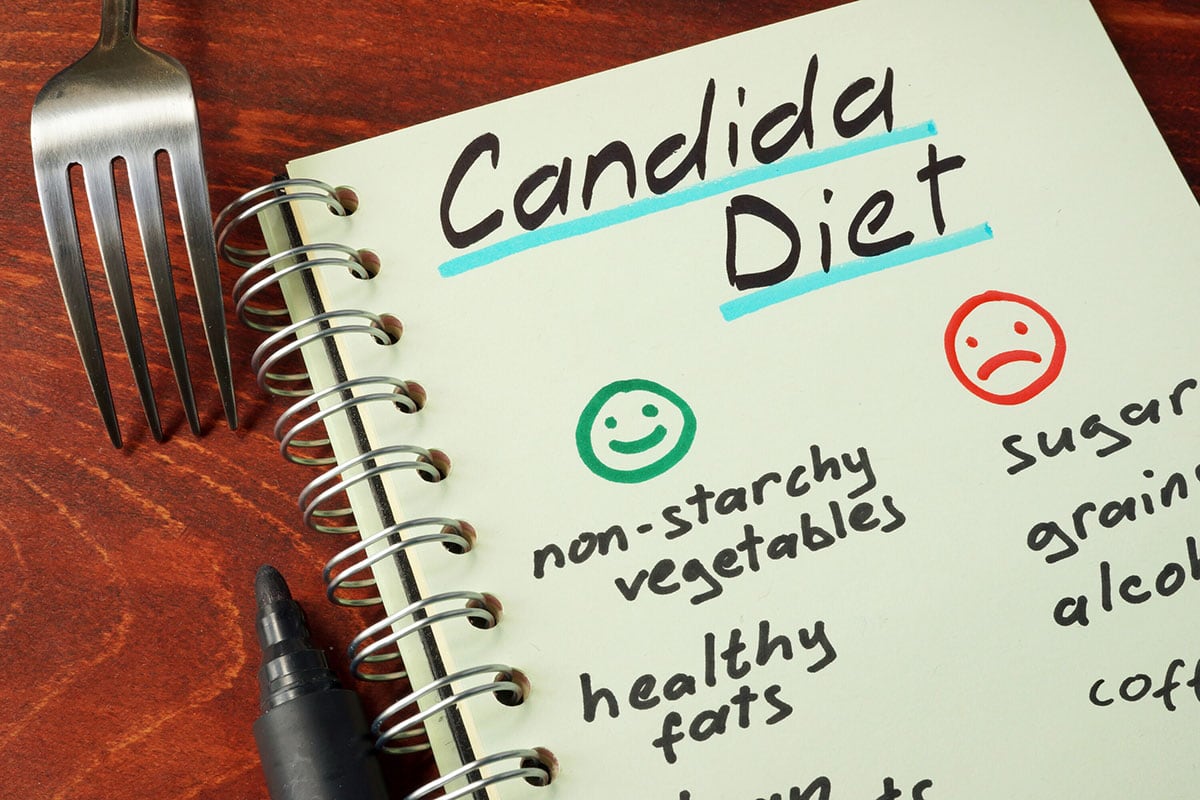 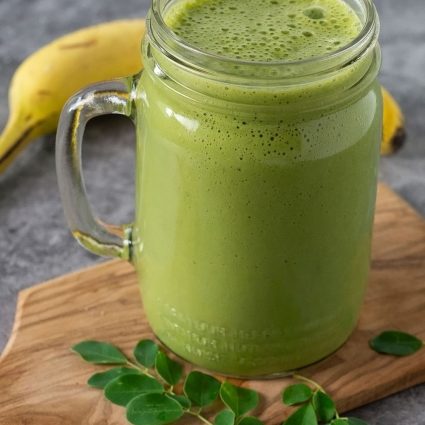 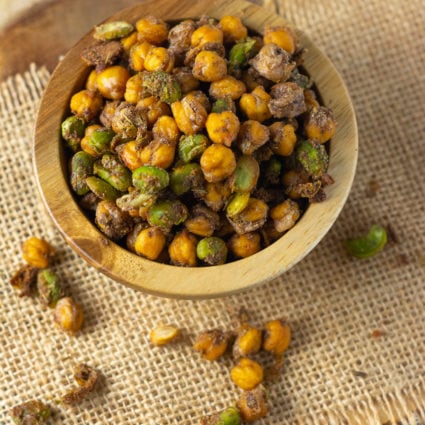 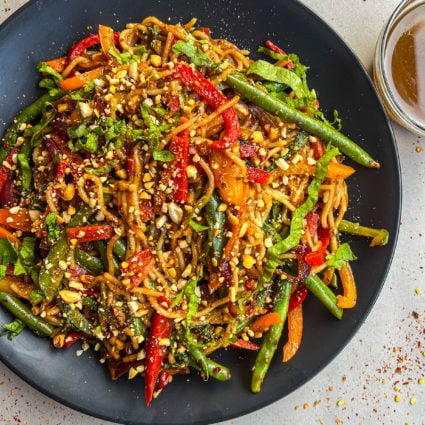