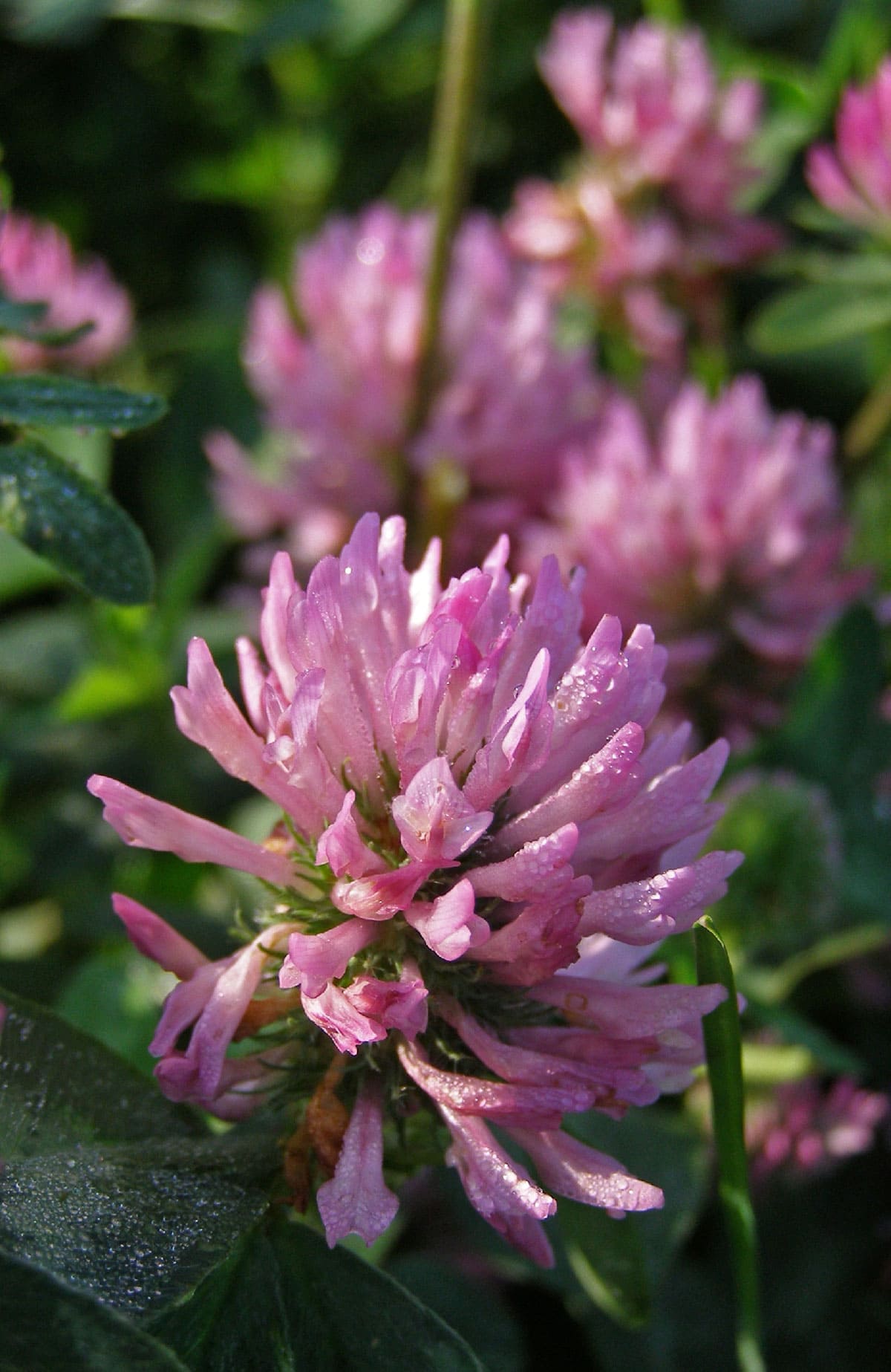 Menopause is a natural change in women’s lives that can sometimes be difficult to cope with- but it doesn’t have to be so. Women going through Menopause may find relief from the symptoms by taking herbal supplements for Menopause.

Let’s take a closer look at the best herbal supplements you can start taking to improve your condition.

Menopause is the time in a woman’s life when her menstrual periods come to an end, and she can no longer become pregnant. During this time, ovulation stops, and major reproductive hormones (estrogen and progesterone) decline. Menopause usually occurs between the ages of 45 and 55.

The average age of Menopause in the United States is 51 years old. However, Menopause may occur as early as age 40 or as late as age 60.

Most women have some symptoms leading up to Menopause (the “perimenopausal” stage), during Menopause, and sometimes for several years afterward (the “postmenopausal” stage). These can include hot flashes, night sweats, sleep problems, vaginal dryness, mood changes, and weight gain. Some women may also experience joint pain, sleep problems, bone loss, anxiety, depression, and thinning hair.

There’s no one right way to deal with menopause symptoms. Some women take hormone therapy to help relieve their symptoms, while others find relief with natural remedies like acupuncture or herbal supplements.

While both approaches may work, some hormonal therapies may be expensive and with additional side effects. So natural remedies are, in most cases, the best to consider. 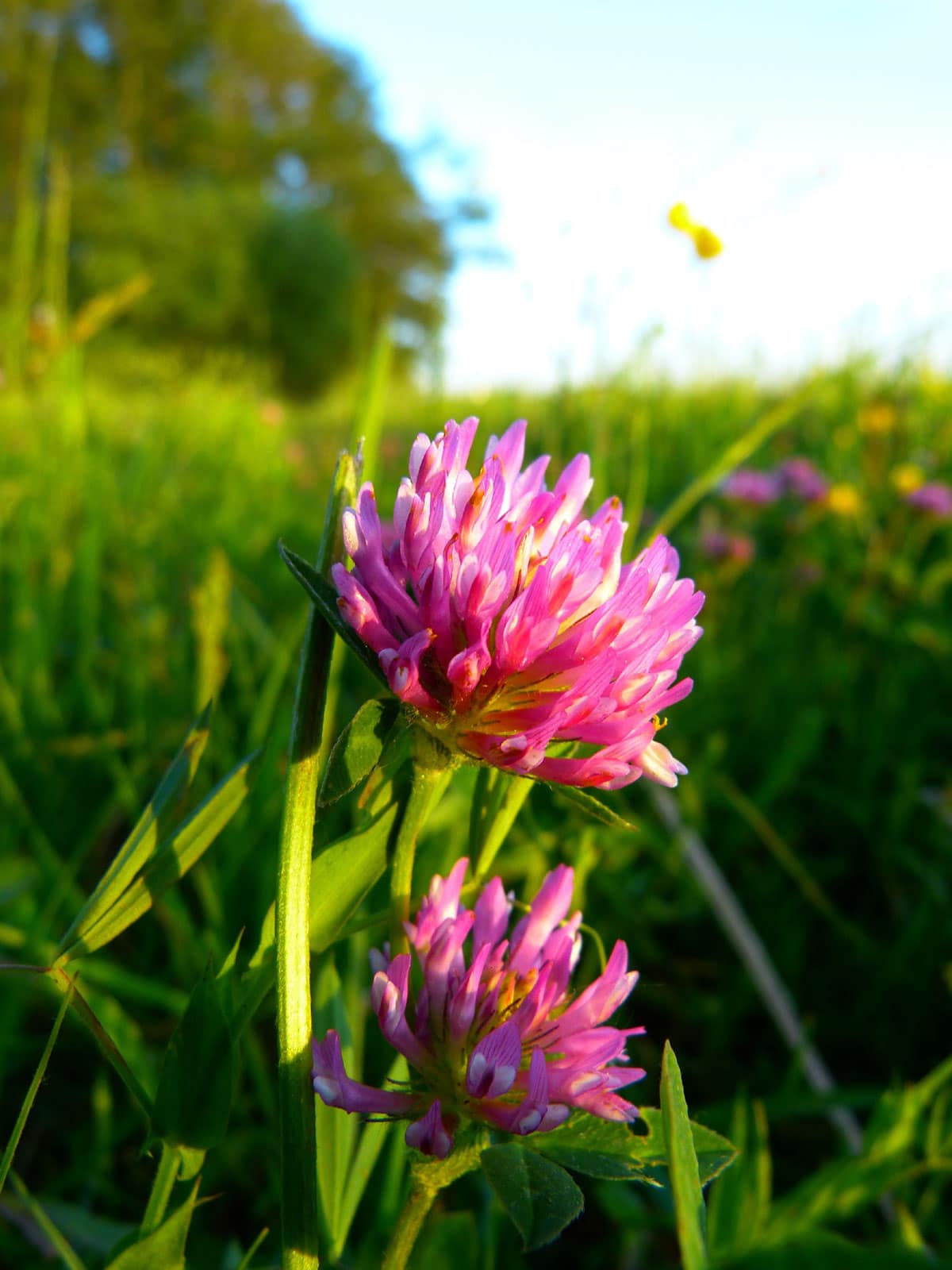 Red clover (Trifolium pratense) is a flowering plant native to Europe, Asia, and northern America. The plant has been used medicinally for centuries and is still used today for its purported health benefits.

Red clover is rich in nutrients, including vitamins C and E, calcium, magnesium, potassium, and phosphorus. It also contains phytoestrogens, which are plant-based compounds that mimic the hormone estrogen.

Since estrogen declines in Menopause, which is why you end up with the symptoms, these plant compounds can regulate your levels and improve common menopausal symptoms like hot flashes and night sweats.

In a 2015 review, menopausal women that took red clover for hot flashes and other menopausal symptoms found that it alleviated their symptoms more than those who took a placebo.

Red clover may also help reduce the risk of osteoporosis and heart disease in postmenopausal women.

Additionally, some people have used red clover tea or tincture for skin conditions like eczema or psoriasis.

The most common side effect of red clover is gastrointestinal upset, which can include nausea, vomiting, and diarrhea.

Other potential side effects include skin rashes, headaches, and dizziness.

In rare cases, red clover can cause more severe side effects such as liver damage or blood clotting.

If you experience any unusual symptoms after taking red clover, be sure to seek medical attention immediately.

Red clover may be contraindicated in some cancers, especially hormone-sensitive ones like breast cancer.

Also, it may not be safe for children, pregnant women, and those breastfeeding. 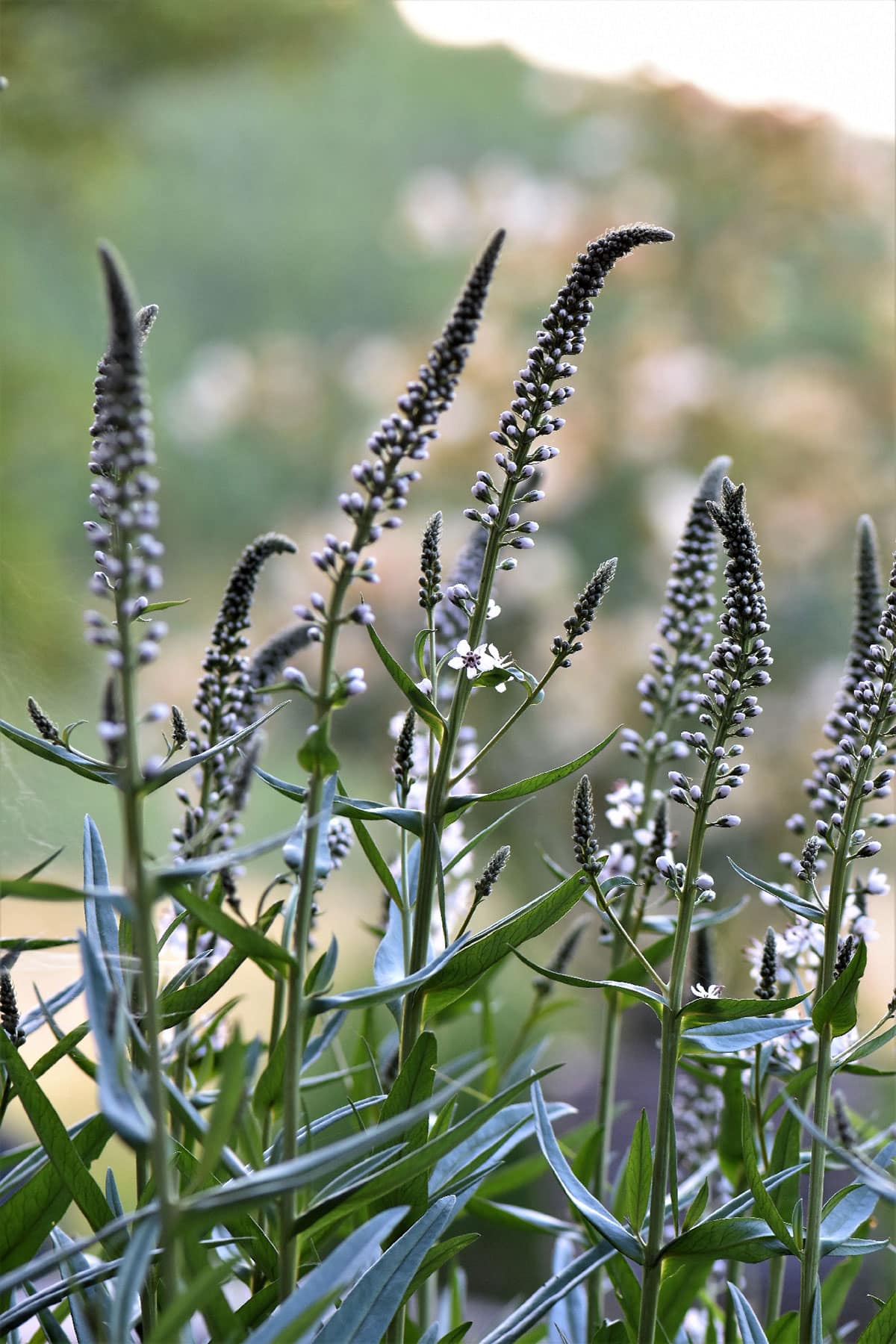 Black cohosh (Actaea Racemosa) is a flowering plant that is native to North America. The plant has been used for centuries by Native Americans for its medicinal properties. Black cohosh is most commonly used to treat menopausal symptoms such as hot flashes and night sweats. The plant contains compounds that can help to balance hormones and reduce inflammation.

It is also used for menstrual cramps, premenstrual syndrome (PMS), and other conditions.

It has also been shown to improve sleep quality, another common issue during Menopause.

Black cohosh is available in supplement form and can be taken orally or applied topically.

Side effects and precaution

Black cohosh is considered safe but may cause some mild issues like upset stomach, nausea, and skin rash.

Black cohosh should not be used by pregnant women or those breastfeeding. It should also be avoided by people with liver disease or a history of liver problems.

Dong Quai is a herb used in Traditional Chinese Medicine for centuries. It is known as the “female ginseng” because of its ability to improve a woman’s health. Dong Quai is often used to treat menopause symptoms such as hot flashes, night sweats, fatigue, and irritability.

Dong Quai contains phytoestrogens, which are plant-based estrogens. These estrogens can help balance a woman’s hormone levels during Menopause. Dong Quai also has anti-inflammatory and antioxidant properties. These properties can further reduce the risk of hot flashes, night sweats, and vaginal dryness.

Dong Quai is safe to consume but may cause blood thinning effects, so it’s not recommended for those on blood thinning medication such as warfarin and aspirin.

Dong Quai may also increase your skin’s sensitivity to the sun. 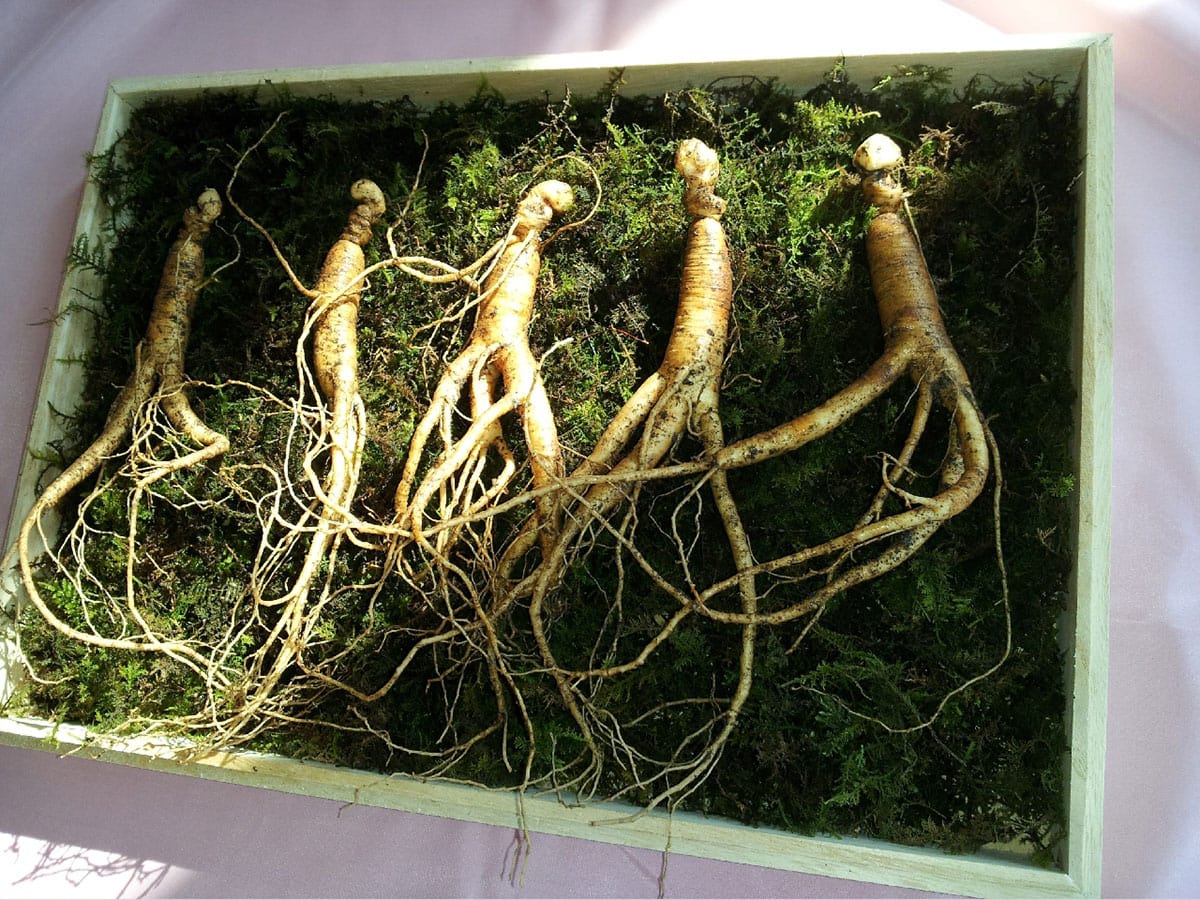 Ginseng is another herb that has been used for centuries in Traditional Chinese Medicine to treat a variety of ailments. It’s thought to be beneficial for menopause symptoms due to its ability to regulate hormones and boost energy levels.

A small study published in the Journal of Korean Medicine found that ginseng may effectively reduce hot flashes, night sweats, and other menopausal symptoms. The study participants took a placebo or ginseng extract daily for eight weeks. The researchers found that the group taking ginseng experienced a significant reduction in menopausal symptoms compared to the placebo group.

Other studies have found that ginseng can help improve mood, sleep, and overall quality of life in menopausal women.

Ginseng is generally considered safe, but it can cause side effects, such as headaches, insomnia, and upset stomach.

It may also impair blood sugar control, so it’s not recommended if you have diabetes.

In addition, ginseng can interact with certain medications like those used to lower blood pressure, especially diuretics and calcium channel blockers.

Ginseng may also lower the effectiveness of blood thinning medications.

So if you are considering using ginseng to help relieve your menopausal symptoms, it is important to speak with your healthcare provider first.

Valerian is an herbal remedy that has been used for centuries to treat a variety of conditions, including insomnia, anxiety, and headaches.

The active ingredient in valerian is a compound called Valerenic acid, which has sedative and anti-anxiety properties.

Valerian has also been shown to regulate estrogen levels and reduce menopause symptoms.

A study published in the Journal of Women’s Health found that valerian was able to significantly reduce hot flashes, night sweats, and sleeping problems in menopausal women.

In one study, 100 postmenopausal women that combined valerian and lemon balm experienced improved sleep quality, which is a common symptom of Menopause.

This herb is available in a variety of forms, including capsules, tablets, tinctures, and teas.

It is important to note that valerian should not be used with alcohol or other sedatives, as it can amplify their effects.

Also, if you are on anxiety or sleep medication or painkillers, they may interact with the valerian.

If you are considering taking valerian for any reason, it is important to speak with your healthcare provider first to ensure it is safe for you.

Valerian may cause mild symptoms like headaches, dizziness, drowsiness, and digestive issues in some individuals.

Chasteberry is a small, round fruit that is often used in herbal medicine. The fruit grows on a small shrub-like tree and is native to the Mediterranean and Asia.

The plant has been used for centuries to treat a variety of conditions, including menstrual disorders, infertility, and menopause symptoms.

Chasteberry is thought to work by regulating the levels of hormones in the body.

It contains compounds that can mimic the effects of progesterone and estrogen, two hormones that play a role in the menstrual cycle.

In today’s research, there’s evidence to support the use of chaste berries for treating menstrual disorders such as premenstrual syndrome (PMS) and menopausal symptoms like hot flashes and night sweats.

In a study, 52 women in Menopause experienced some relief from hot flashes and anxiety after taking chaste berry extract.

Chasteberry is generally safe to consume, but it may cause mild digestive issues, nausea, headache, and itchy skin in sensitive individuals or when taken in excess. So always follow the instructions for use on the package.

It should also be avoided in anyone taking drugs for Parkinson’s disease or those on antipsychosis.

Flaxseeds are an excellent source of lignans, which are plant compounds that have estrogenic activity. Lignans can bind to estrogen receptors in the body and help regulate hormone levels.

In addition to improving menopause symptoms, lignans may reduce the risk of osteoporosis and protect against breast cancer. A large population-based study found that women with the highest intake of lignans were 32% less likely to develop breast cancer than women with the lowest intake.

Flaxseeds are generally very safe and highly nutritious for anyone to consume.

You can incorporate flaxseeds into your diet using any of these methods:

Soy contains isoflavones, which are plant-based chemicals that have a structure similar to estrogen. Isoflavones can bind to estrogen receptors in the body and produce some of the same effects as estrogen.

Soy isoflavones have been shown to help reduce hot flashes and other menopause symptoms in some women. One study found that taking a daily supplement containing soy isoflavones for 12 weeks reduced hot flashes by 36% and night sweats by 54%.

In addition, soy provides a good source of protein and nutrients such as calcium and vitamin D, which are important for bone health.

Always go for minimally processed versions like soybeans, tempeh, and tofu. And always seek out organic products as most soy is GMO. 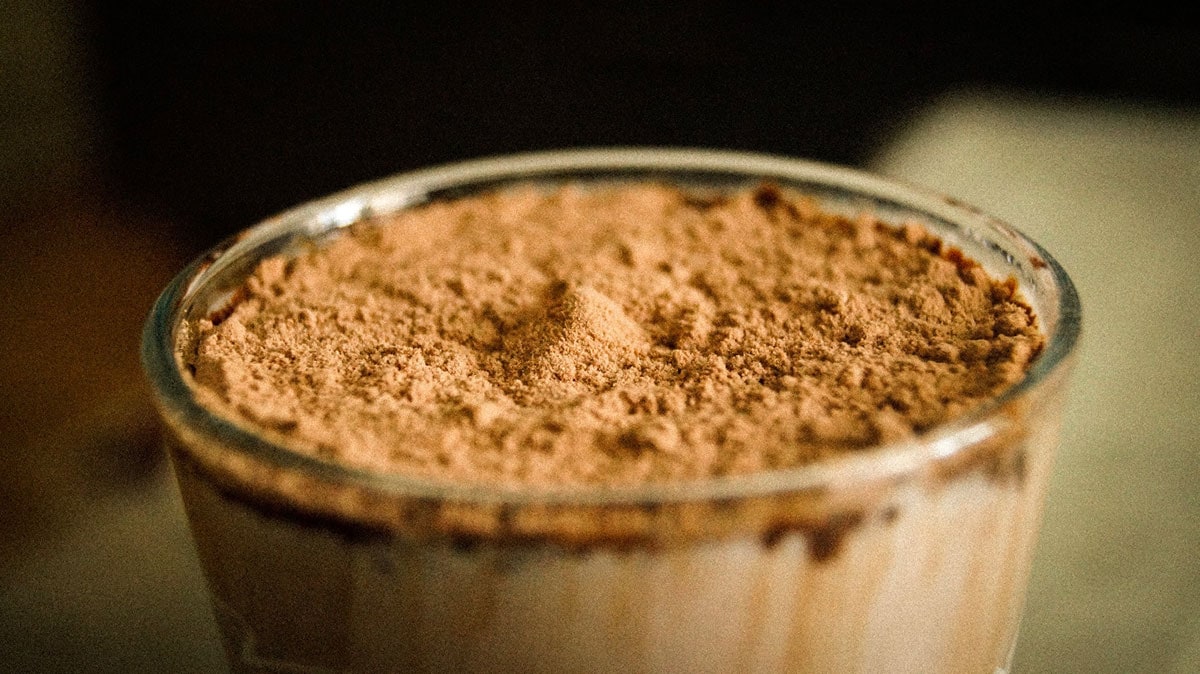 Maca is a root vegetable that is native to the mountains of Peru. It has been used for centuries by the indigenous people of Peru for its nutritional and medicinal properties.

Maca is a rich source of nutrients, including vitamins, minerals, amino acids, and fatty acids. It is also a good source of fiber.

The root is dried and powdered to make a supplement that can be taken in capsules, tablets, or powder form.

Maca has been traditionally used to balance hormones and enhance fertility and sexual function.

It has also been shown to improve menopause symptoms such as hot flashes and night sweats, improve mood, increase energy levels, and bone health.

In addition, Maca can reduce the risk of breast cancer and heart disease.

Maca can be added to smoothies, juices, oatmeal, or baked goods. It is important to start with a small dose (1-2 teaspoons per day) and gradually increase as tolerated.

While each woman may respond differently to these supplements, they are generally safe and effective options for managing menopause symptoms.

That being said, always seek your doctor’s advice to ensure it’s the right decision for you, especially if you are on any prescribed medication.

Other than that, just follow the instructions for use on the package, and you’re good to go. 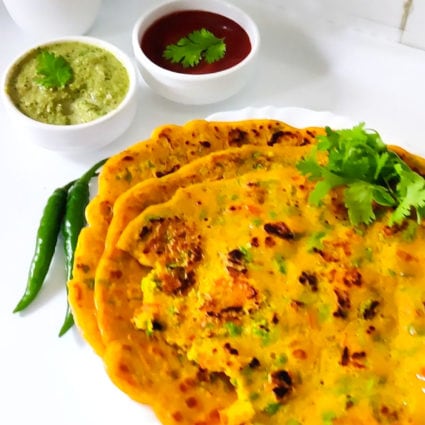 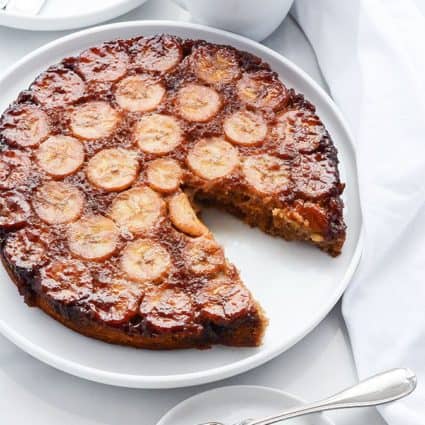 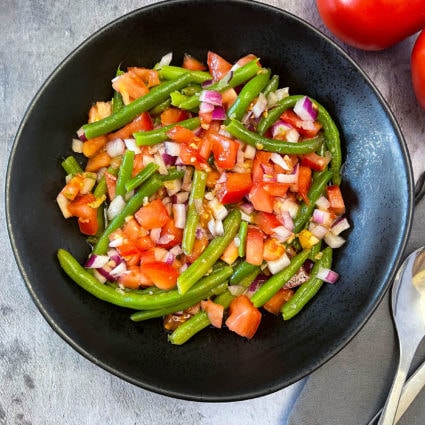