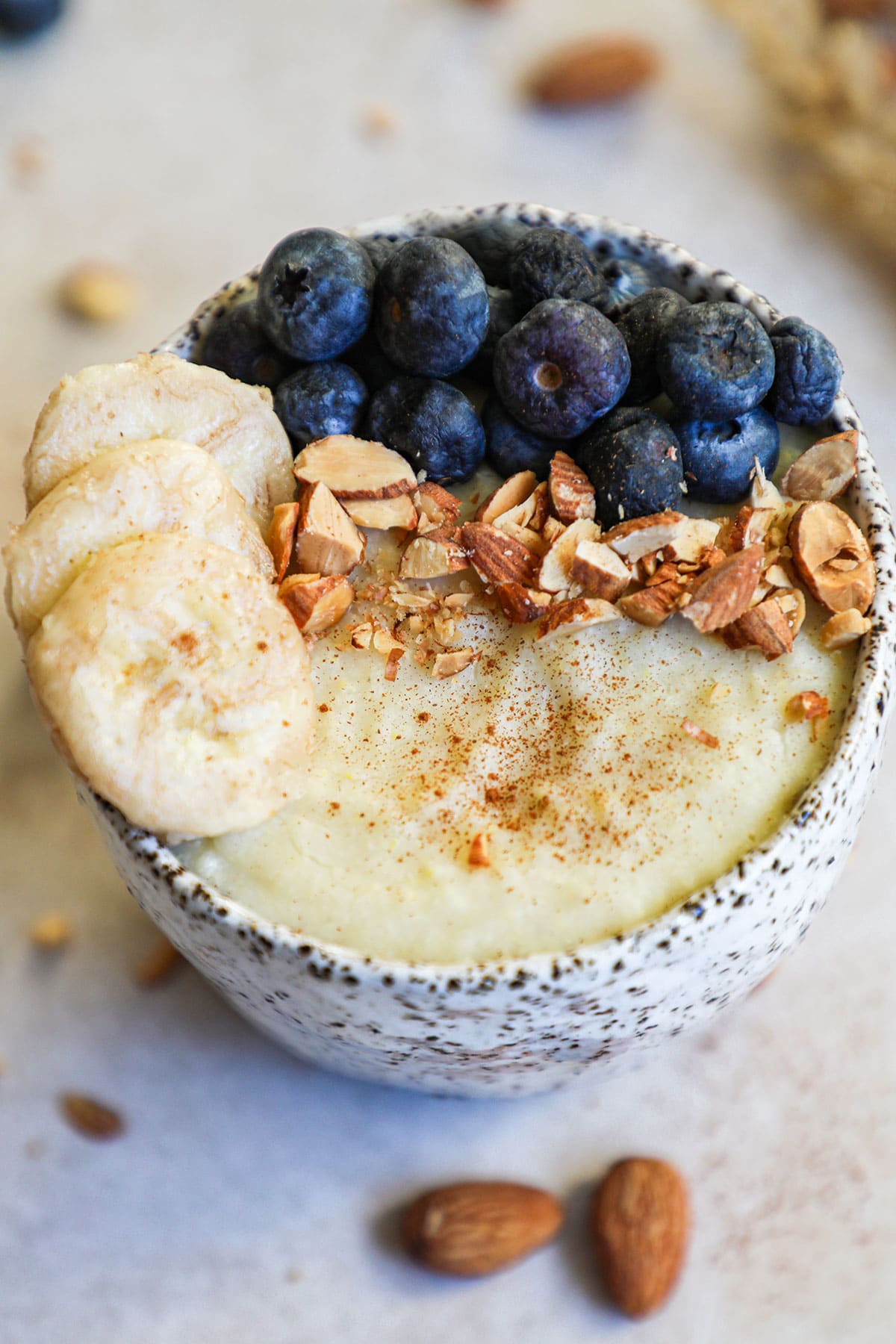 Porridge is a widely consumed breakfast. You can find it in almost every cuisine. The most commonly used ingredient in porridge is oats. However, not many know that we can use other ingredients instead of oats as well. For instance, millet is an underrated yet amazing ingredient that you can use to make breakfast porridge. So, for those who like to enjoy a vegan and healthy breakfast, millet porridge is just the perfect recipe for you to try out! It has a fluffy texture and is loaded with nutrients and minerals. 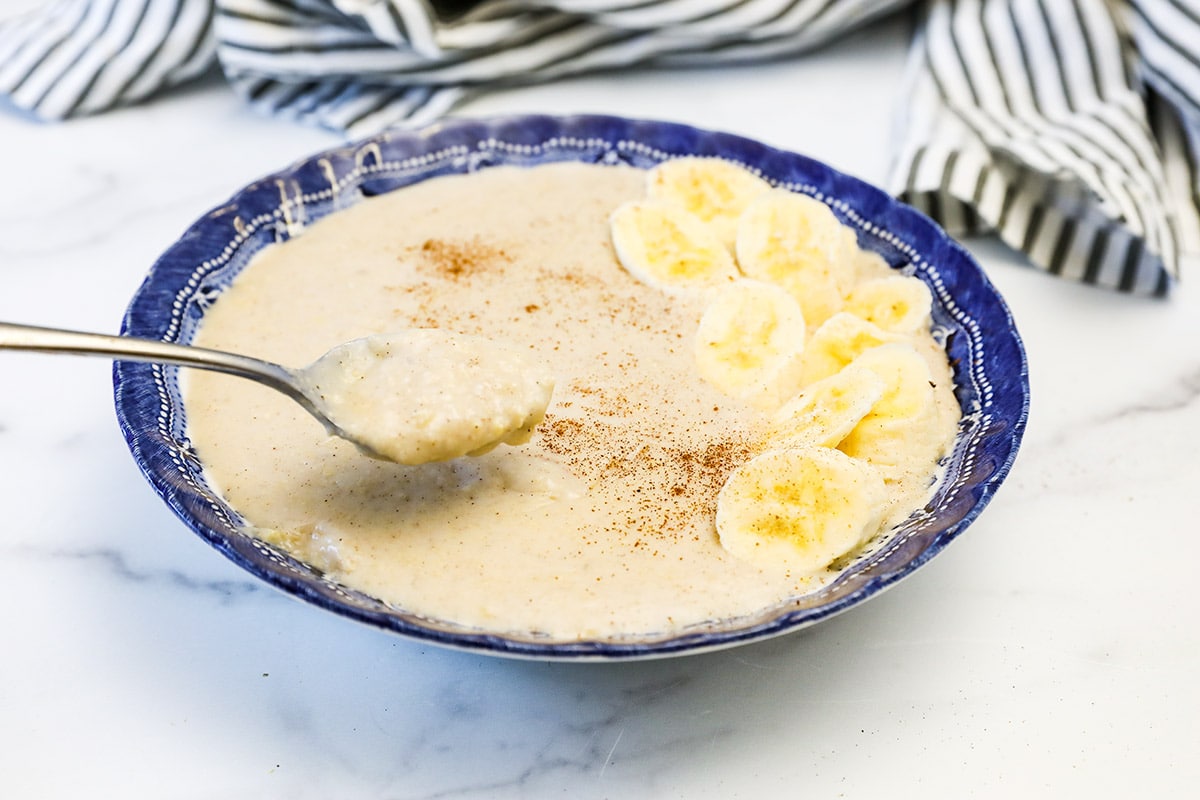 Millet is among the ancient grains that are known for its versatility and several health benefits. It is widely grown in Asian and African countries and is usually a part of bird feed. However, it is a grain but is widely used as a cereal. You can easily find it in every grocery store. It is small in size and round in shape.

Millet is loaded with nutrition and health benefits. Because of this reason, it has been used instead of rice or wheat since ancient times. Even today, millet is widely consumed in third-world countries. That is not only because it is very affordable and economical but also because it is very beneficial for human health. Here are some of the amazing health benefits of millet:

Millet comes in several different types. All these types are equally healthy and safe to be consumed by people. Here are a few commonly used types of millet:

Do you have to soak millet before cooking?

Soaking millet like other legumes or beans is not a compulsory thing. However, it is just a choice that offers several benefits. For one, when you soak millet, the seeds soften up. As a result, the cooking time reduces. Furthermore, it also helps to make the millet more digestible. Lastly, soaking it will remove some naturally occurring compounds that result in causing bloating in the stomach. Despite all this, soaking isn’t necessary. You can simply rinse it a few times, and that will also do the job. 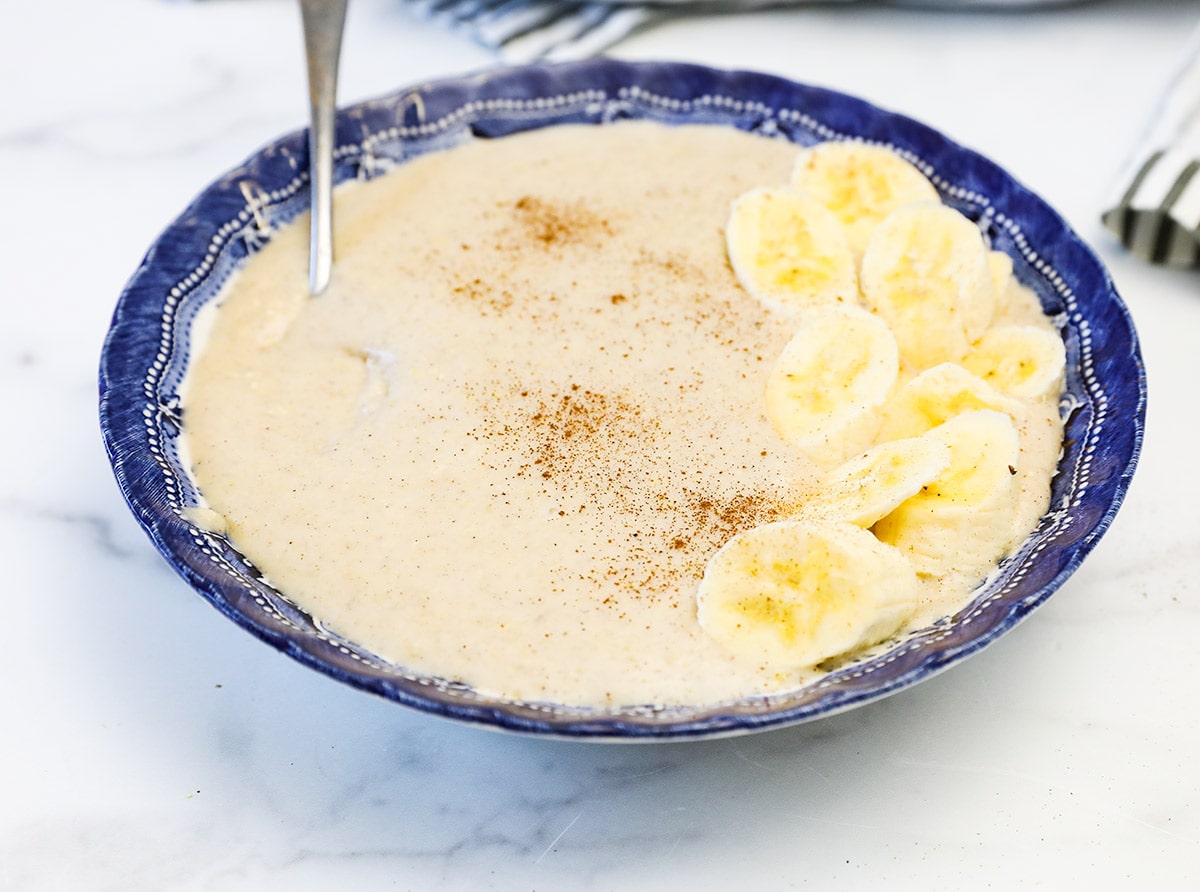 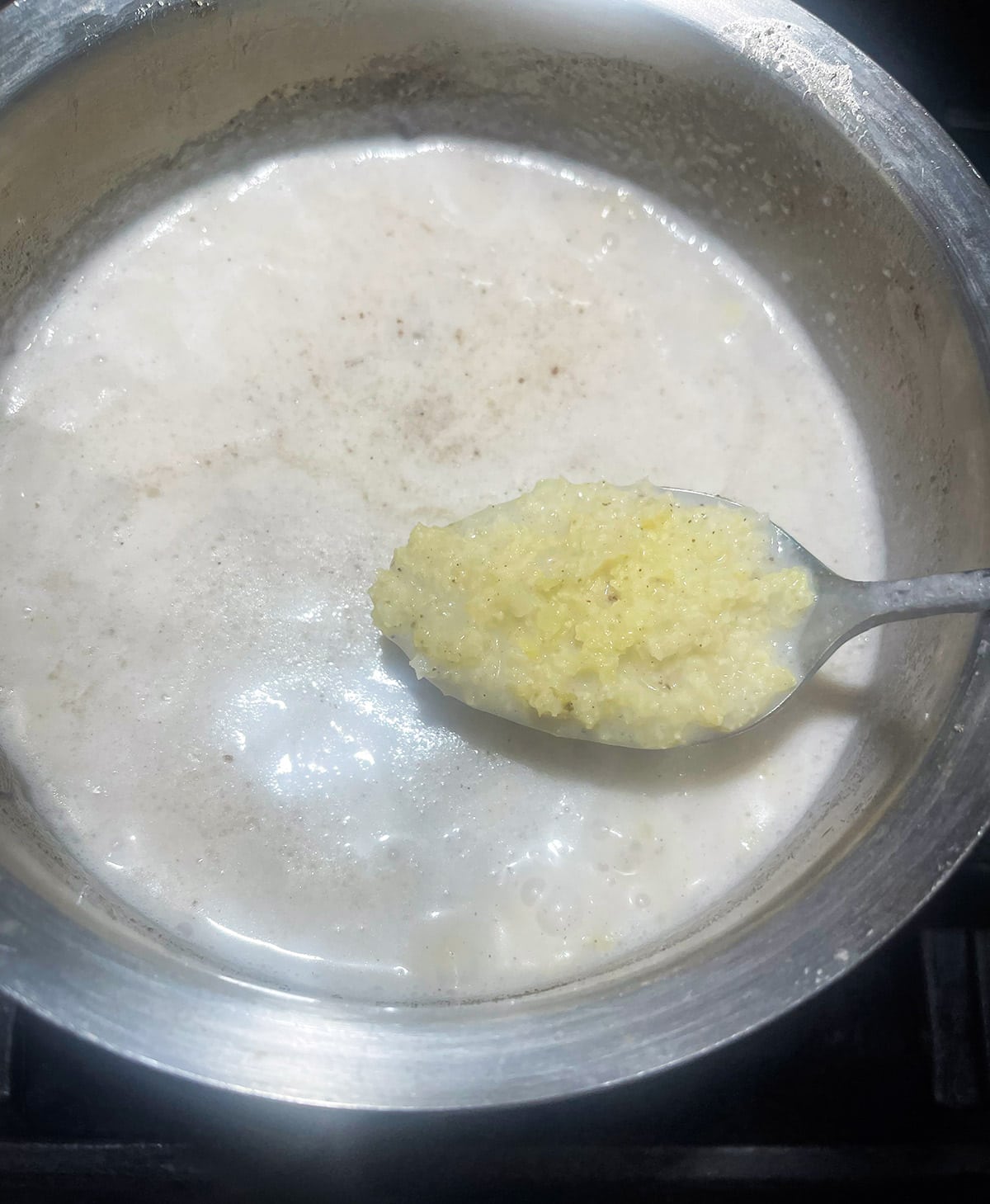 You can make this porridge using five simple ingredients. Here is a detailed breakdown of everything you will need for this recipe: 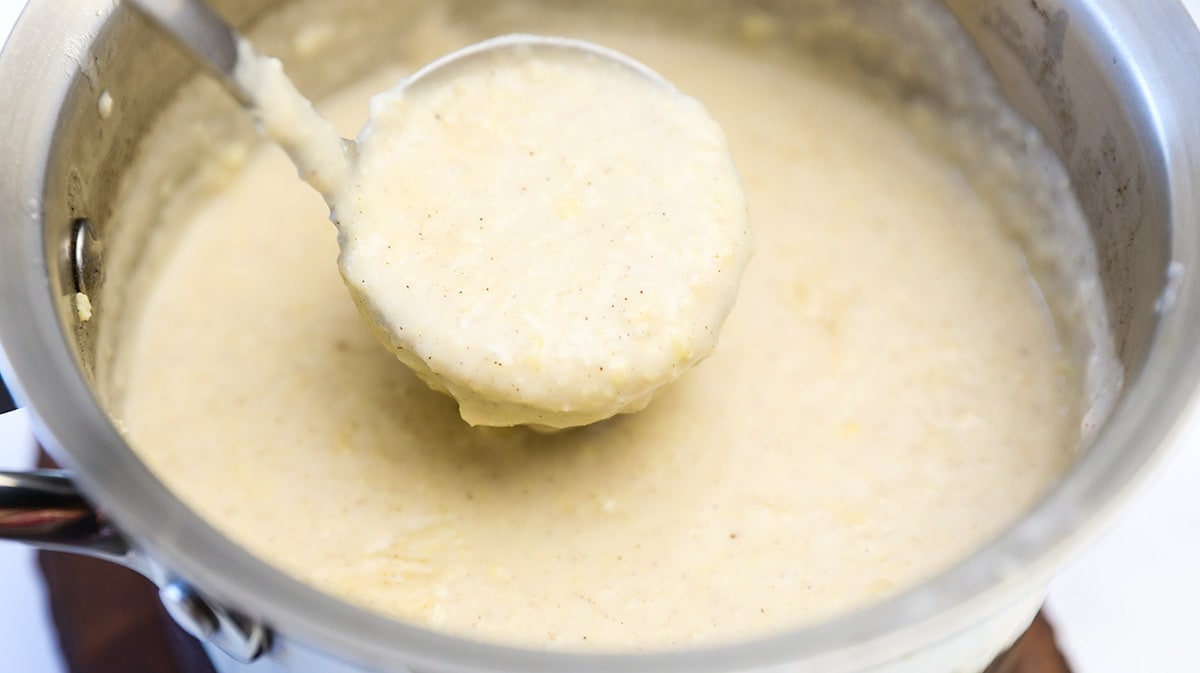 How to make millet porridge?

Making millet porridge is very easy. It takes no more than 30 minutes to cook the porridge. It means you can start cooking it and get ready for work. By the time you are ready, and the porridge will be ready too. Here is how you can make this porridge:

Step 1: Start by washing the millet a few times. You can do that by washing it in a fine-mesh strainer. Furthermore, you can also soak it overnight. The main idea is to get rid of dirt and debris.

Step 2: Once it is washed, add it to a medium saucepan. Pour water and almond milk and mix. Place the saucepan on medium heat and let it come to a boil/.

Step 3: Once it starts to boil, reduce the heat and let it simmer for about 25 minutes or until it is cooked through.

5: Now, take the saucepan off the heat and divide it into two parts. Add one part to a high-speed blender and blend for a few seconds. You can also use a hand blender. Now pour this blended porridge back into the saucepan along with the unblended porridge and cook for 2 to 3 minutes. You can skip blending altogether.

Step 6: Once everything is unified, serve it by garnishing it with your favorite fruits or nuts. Enjoy!

This millet porridge is simple, and that’s where the flavors come from. However, you can add a few extra ingredients to make it more wholesome and tasteful.

Can you cook millet porridge in an instant pot?

Absolutely! If you are running late or want a quick breakfast fix, I prefer you cook it in the instant pot. It will take no more than 10 minutes. Cook at high pressure, and you will get instant results. This is a very convenient way to cook porridge. However, the texture may vary slightly when compared to stovetop cooked porridge.

How to store millet porridge?

You can store the leftover millet porridge by placing it in an airtight container and storing it in a refrigerator for up to a week. Thus, it is a perfect dish you can prepare in advance and store for later use. Moreover, you can reheat it on the stovetop. Add a splash of coconut milk if necessary to get the creamy texture you like.

Other Millet Recipes To Prepare 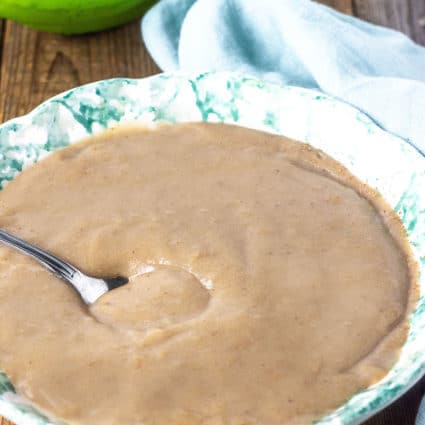 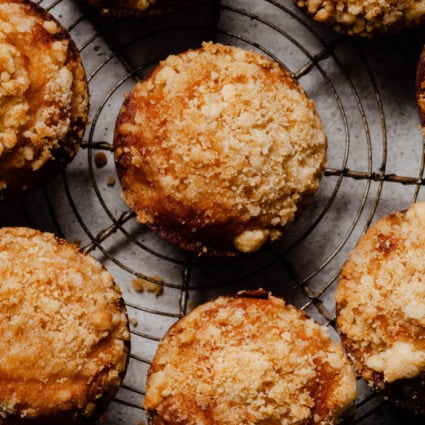 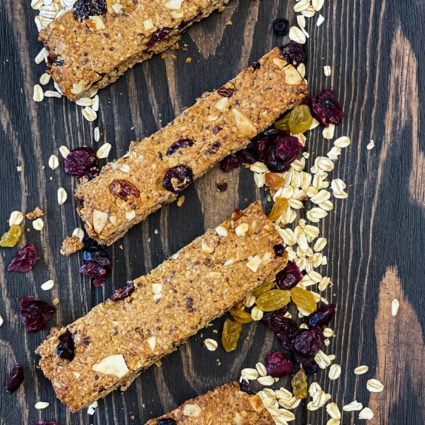