Creamy Vegan Potatoes Au Gratin is so flavorful and addictive, made with potatoes, caramelized onions, and fennel in a herb vegan sauce. 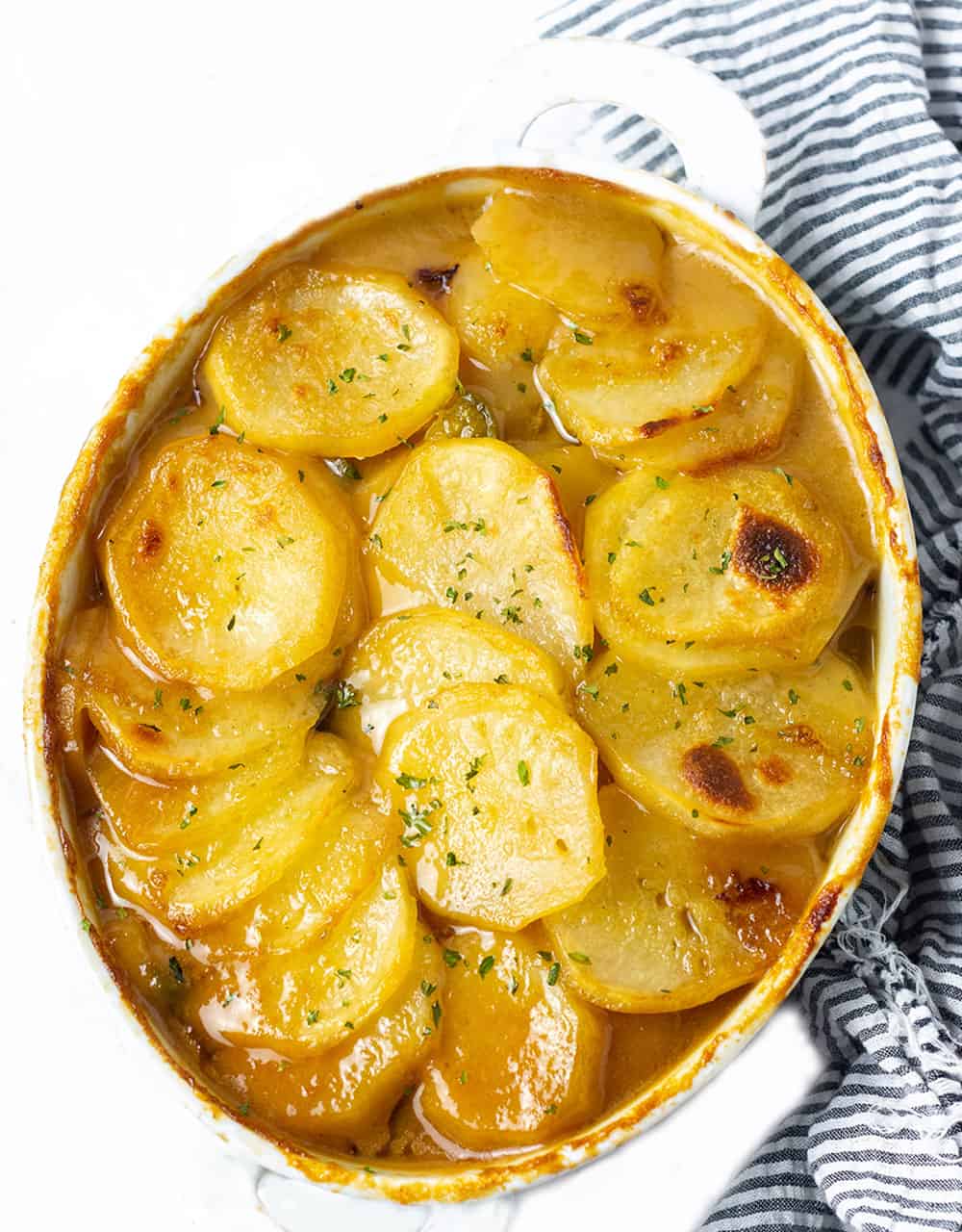 Vegan Potatoes Au Gratin is also known as, scalloped potatoes or vegan dauphinoise potatoes, this is my dairy-free, vegan, gluten, and nut-free version of the classic french potatoes au gratin.

It is definitely the best vegan potatoes au gratin. It is rich and creamy and you won’t miss the cream in this non-dairy version. It is a similar recipe to my Vegan Scalloped Potatoes except I added caramelized Fennel and Onions and it was a huge hit. 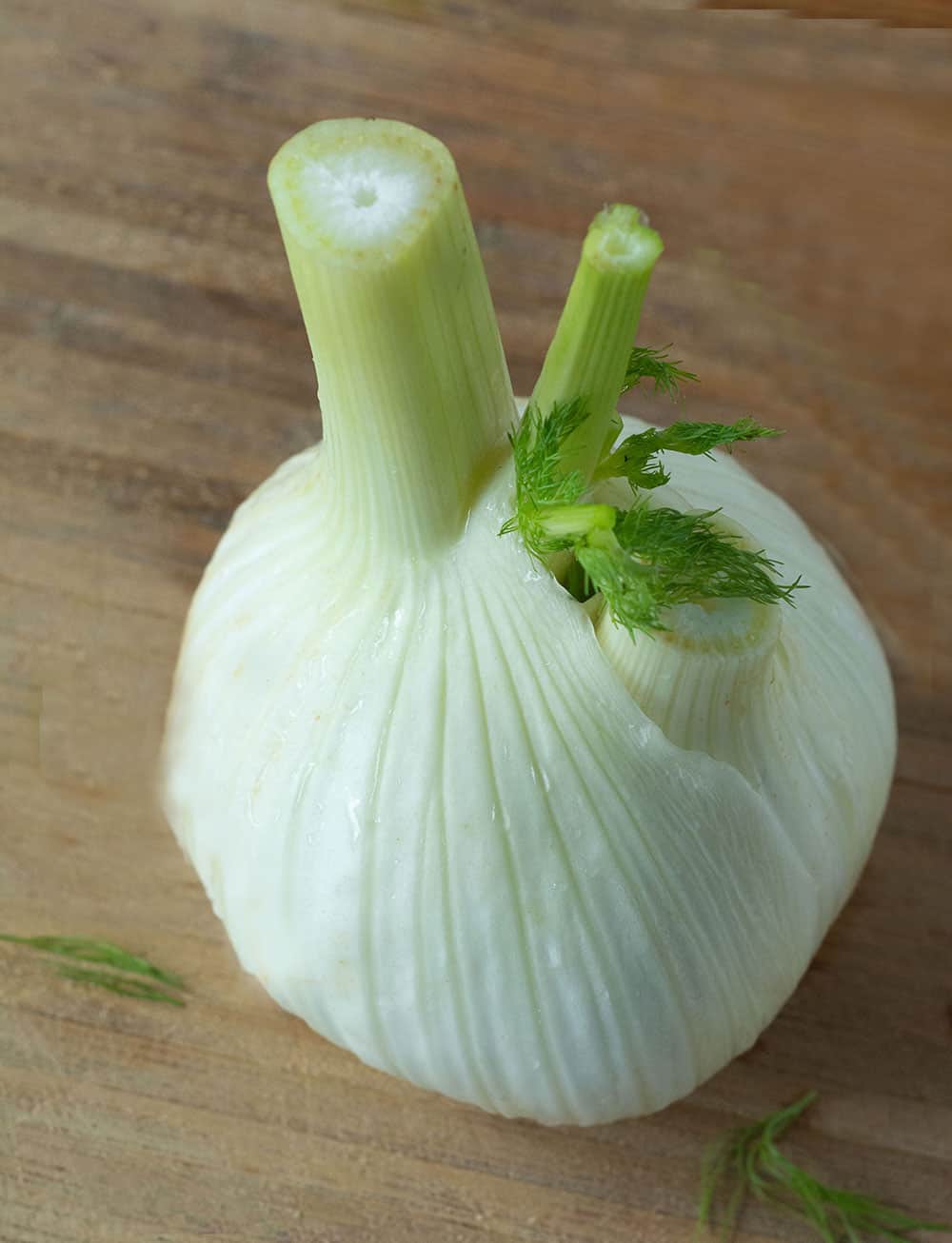 I love vegan potatoes au gratin and I usually serve it as a side dish with my Smothered Tofu and Southern Fried Cabbage recipes.

By adding the caramelized fennel and onion, they boosted the flavors of a plain potato au gratin recipe taking it to another level.  The mild licorice taste of the fennel with the creamy herb sauce is so amazing!

This gourmet scalloped potato recipe is the perfect side dish for a weeknight dinner, potluck or an elaborate meal with your guests.

What Is A Fennel Bulb

Fennel is a vegetable seen here in the USA mostly in the winter months and it is very popular in Italy. It has a bulb base with stalks like celery. It is a member of the parsley family and has a mild licorice taste.

How To Cut And Slice A Fennel Bulb 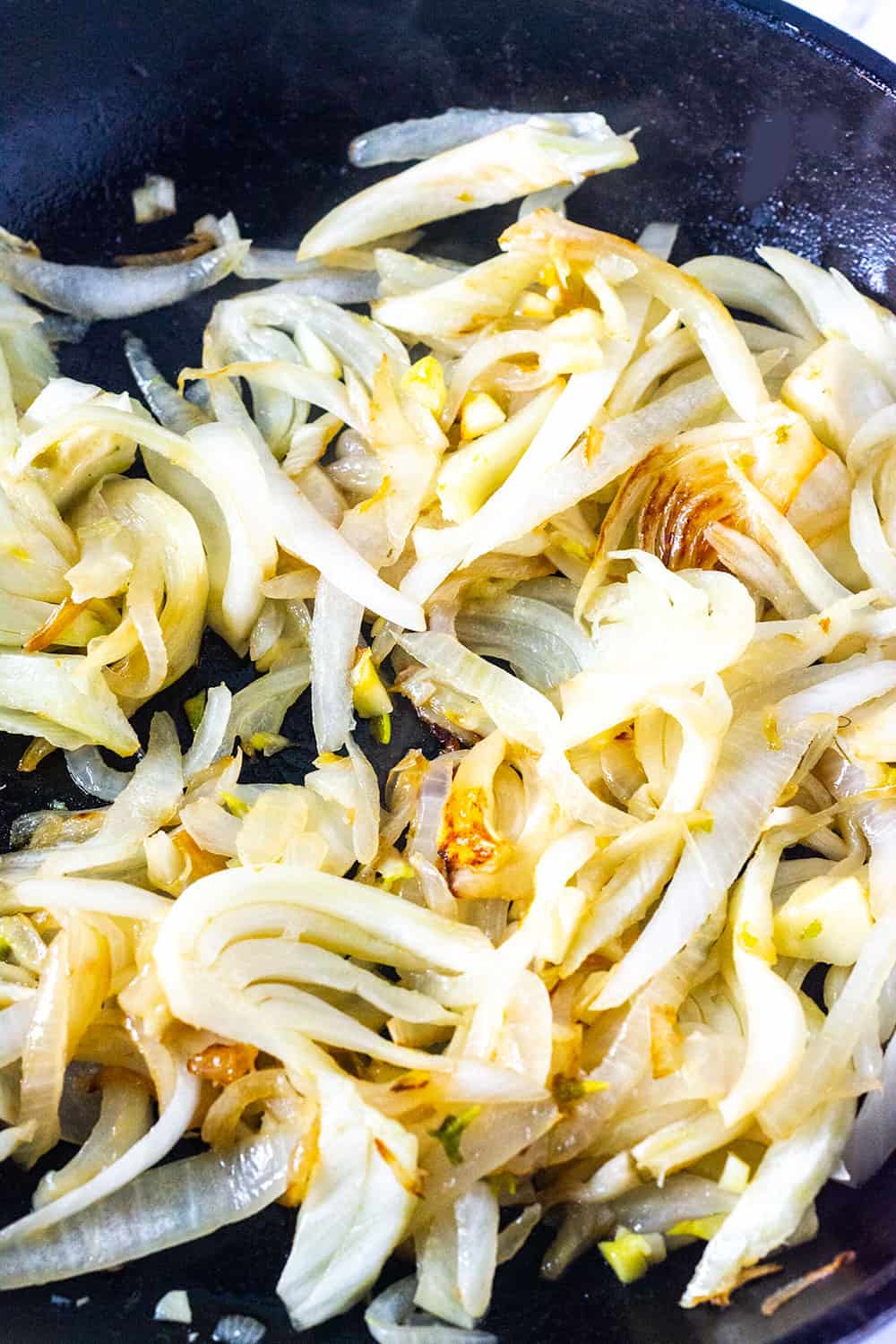 To prepare the potatoes, peel, thinly slice using a knife, mandoline or a food processor. Place slices in cold water.

Saute onions and fennel in a large skillet over medium-high heat, for about 10-15 minutes in oil until golden brown. Move onion and fennel to one side of the skillet.

Add vegan non-dairy butter to skillet and melt, saute garlic and thyme for 1-minute stirring add gluten-free flour and cook for about one minute.

Add vegetable broth and stir constantly until sauce is thickened and smooth. Stir in Bragg’s Liquid Aminos and salt to taste if needed.

Cover with parchment paper and or foil and bake for 1 hour in a preheated oven at 425 degrees F. Remove the cover and bake for 15 minutes or until top is golden brown and potatoes are tender.

Other Casserole Dishes To Try 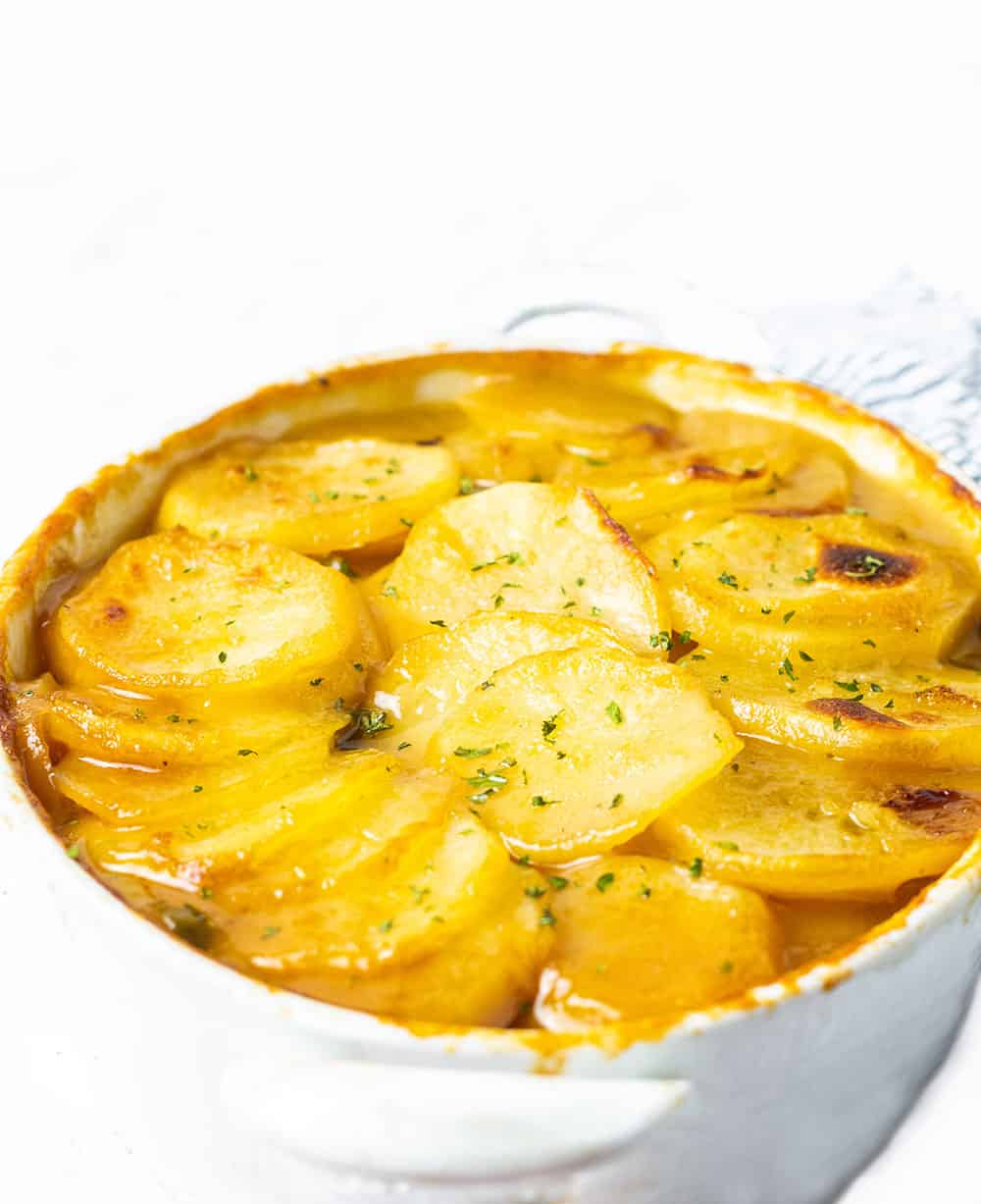 Join our new facebook groups, sharing lots of delicious vegan and gluten-free recipes, health tips etc., from our members. Please join us and invite your friends Gluten-Free and Vegan For Beginners and Vegan Recipes With Love.

Reheating: You can reheat your potatoes au gratin by covering with parchment paper and foil in a preheated oven 350 degrees for about 35 minutes. 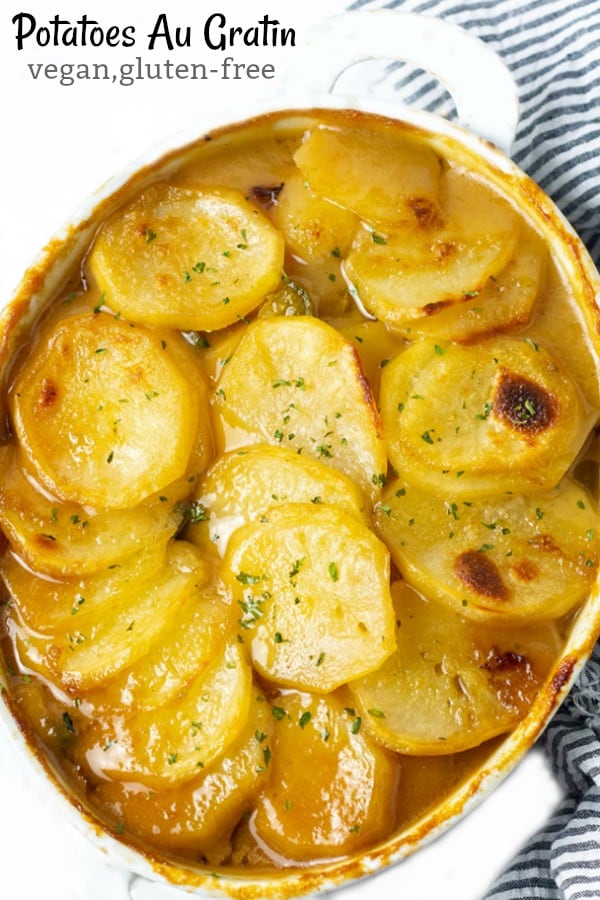 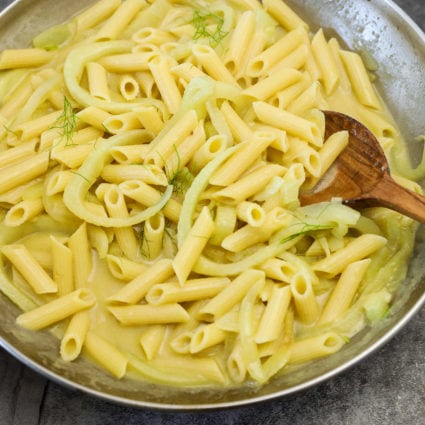 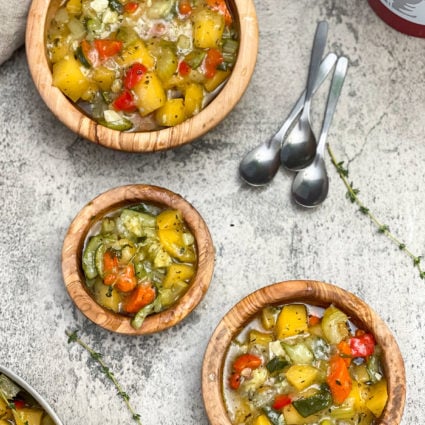 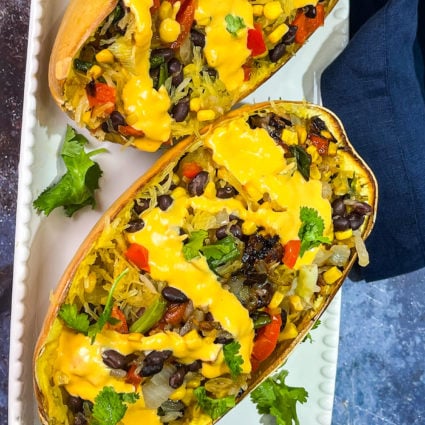