Home → Gardening → The 12 Healing Herbs of the Bible

The 12 Healing Herbs of the Bible 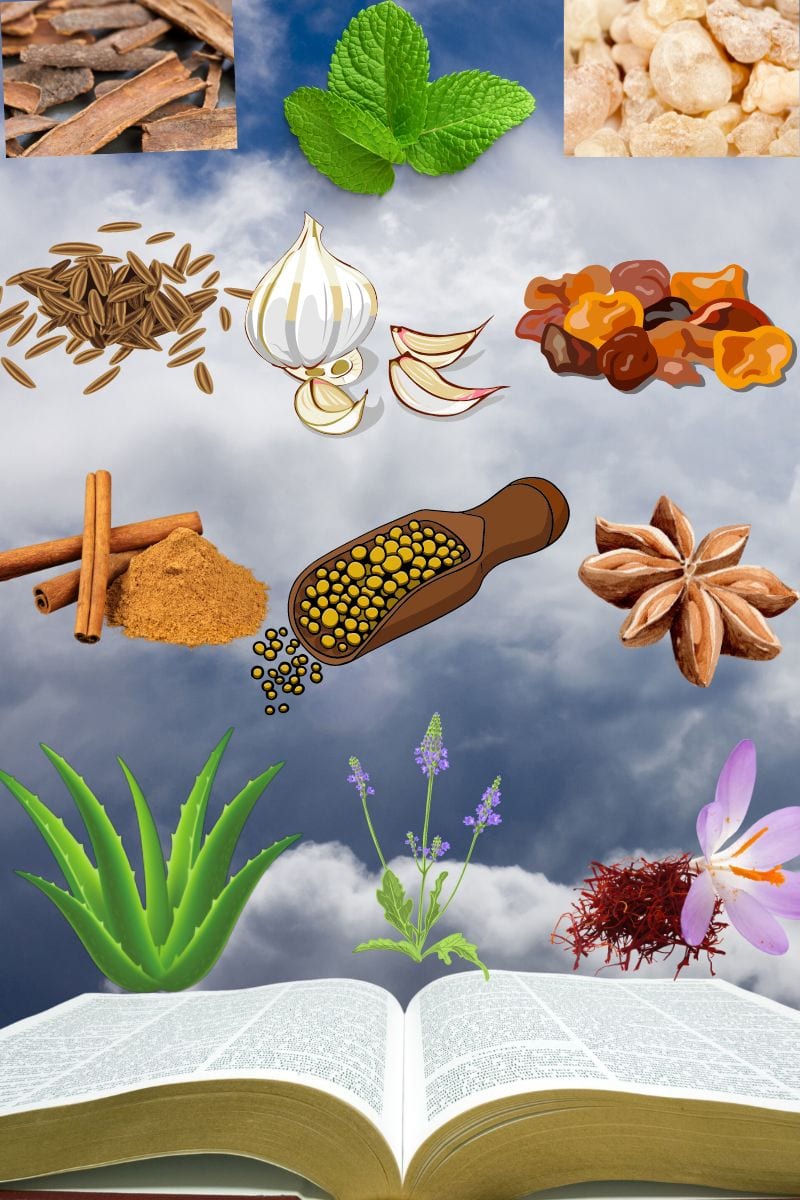 The 12 Healing Herbs of the Bible have been used to aid the sick, heal the injured and cure disease. Today, many of these herbs are still used in alternative medicine and by modern doctors who realize the power of natural healing.

In this article, we’re going to look at some of these herbs and the healing power they have to offer us today! Many herbal remedies are still in use by millions of people all over the world, but what’s even more exciting is that new studies are validating their uses as effective medicines.

Some of these herbs may be more popular than others and may be found in over-the-counter medicines, while some may need to be purchased from a specialty store or online herbalist. Read on to learn more about each herb and its surprising health benefits from the Bible.

See Benefits Of Dandelion and Summer Savory Benefits And Uses

Top 12 Healing Herbs of the Bible 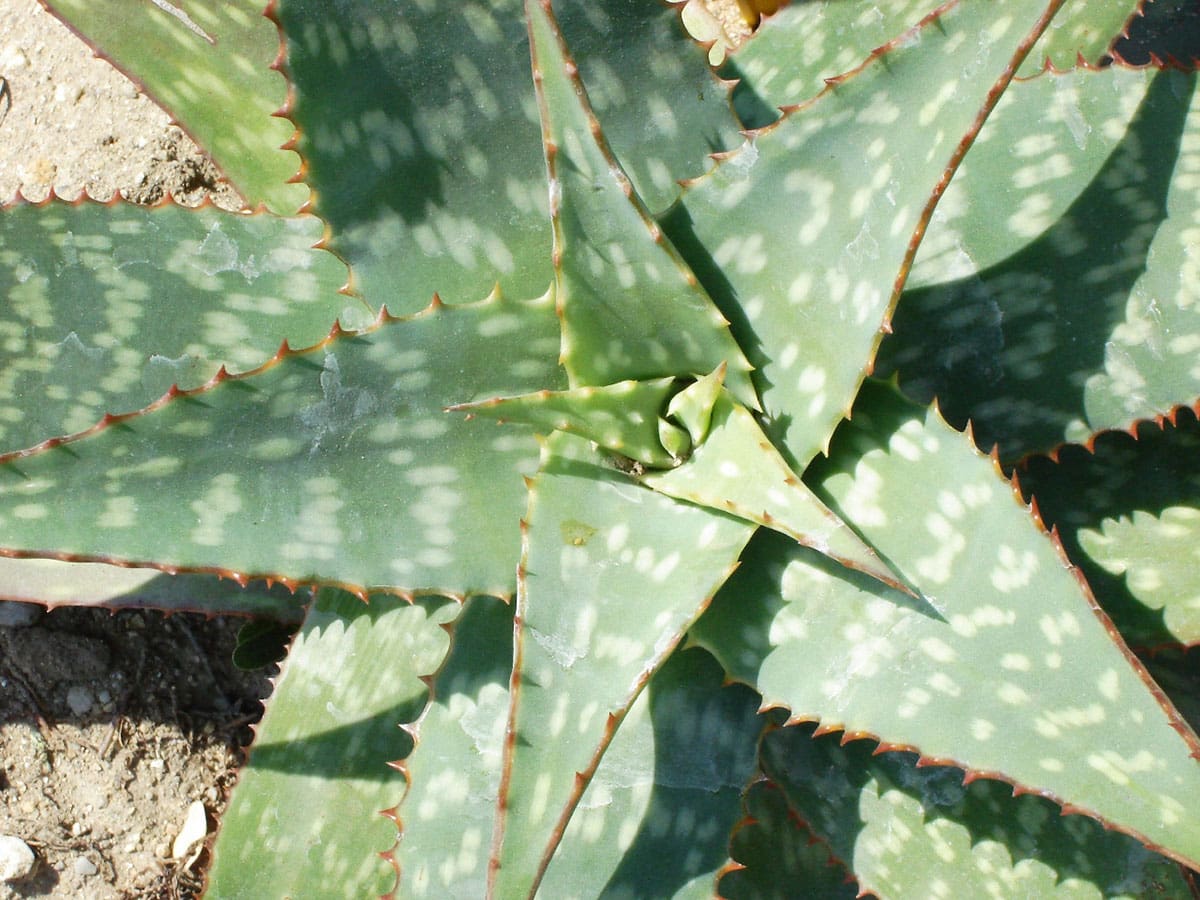 Nicodemus, who had at first come to Jesus by night, also came, bringing a mixture of myrrh and aloes, weighing about a hundred pounds. They took the body of Jesus and wrapped it with the spices in linen cloths, according to the burial custom of the Jews.

Aloe is a perennial plant with thick fleshy leaves full of gelatinous material that was used to embalm dead bodies in Egypt. And since aloe doesn’t have a fragrance on its own, it was mixed with myrrh to offer perfume benefits. Myrrh aloe was used on the crucified body of Jesus Christ before it was wrapped in linen. 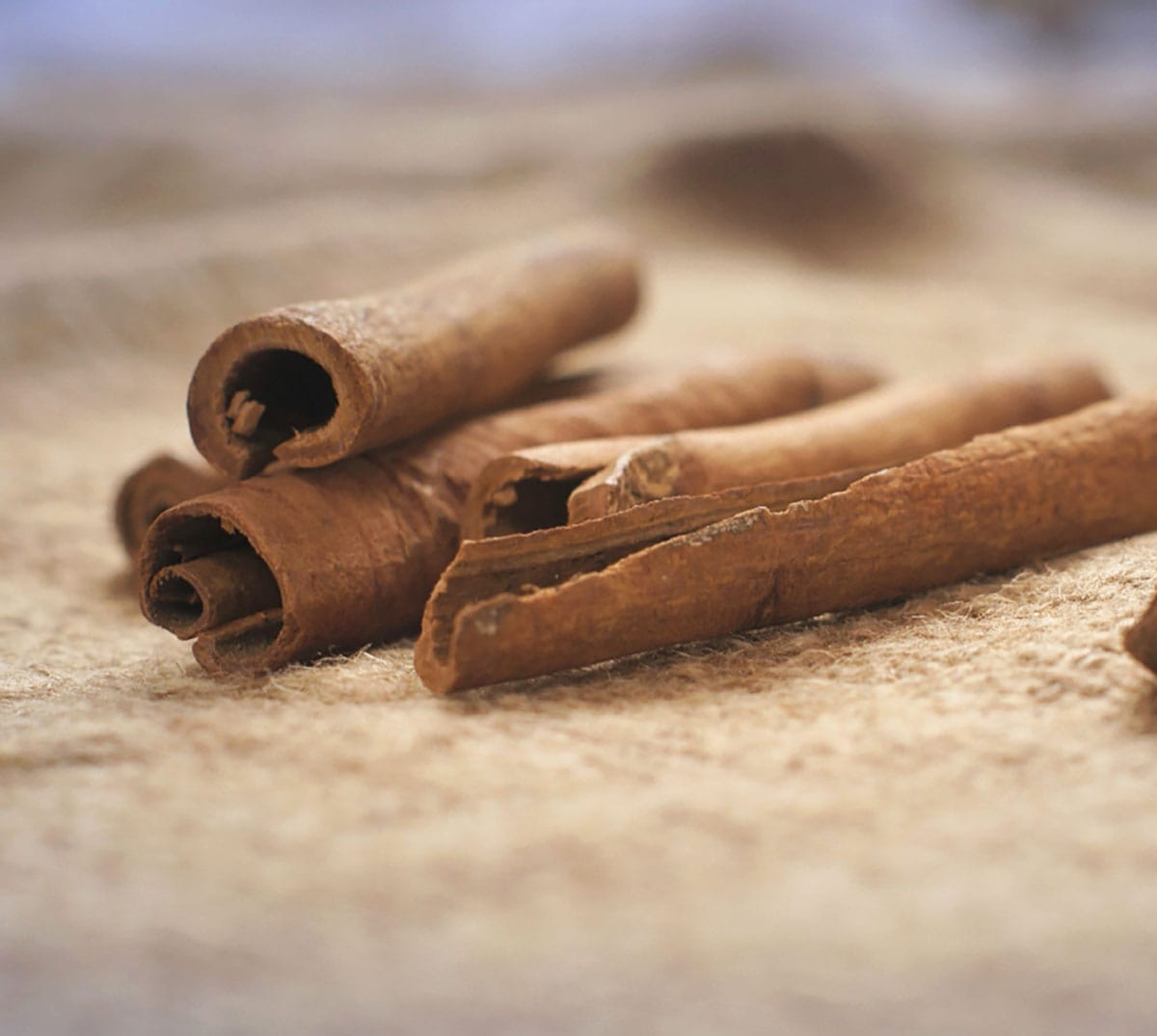 The Lord spoke to Moses: Take the finest spices: of liquid myrrh five hundred shekels, and of sweet-smelling cinnamon half as much, that is, two hundred and fifty, and two hundred and fifty of aromatic cane, and five hundred of cassia—measured by the sanctuary shekel—and a hin of olive oil; and you shall make of these a sacred anointing-oil blended as by the perfumer; it shall be a holy anointing oil.

Cinnamon is obtained from the inner bark of different species of the genus Cinnamomum. In the Bible, it was used as an aromatic condiment. It was described as sweet-smelling and used as an ingredient in the holy anointing oil used to anoint the tabernacle and its vessels.

In proverbs 7:17, King Solomon used it as a fragrance to perfume his bed.

In the scientific world today, cinnamon has been shown to provide antioxidant, antimicrobial, anti-inflammatory, and antidiabetic benefits.

It can promote good health in various ways, including

When he has leveled the surface, does he not sow caraway and scatter cumin? Does he not plant wheat in its place, barley in its plot, and spelt in its field?

Cumin is an annual plant grown for its seeds. The ancient Israelites used dried cumin seeds to flavor their food.

Today the seeds are used as a spice and for medicinal purposes. Regular consumption can offer numerous health benefits, including:

Nard and saffron, calamus and cinnamon, with all the trees of frankincense, myrrh and aloes, along with all the finest spices.

Saffron is the most expensive spice in the world. It comes from the dried stigma of the Crocus Sativus plant.

It has a distinctive golden yellow or reddish-brown color that is often used as a dye.

Saffron is mentioned only once in the Bible, in the Song of Solomon, and within a garden context. Because there is no clear indication of its use, it’s thought to have been treasured for its ornamental beauty.

Today saffron is commonly used as a spice. It’s also rich in antioxidants and other medicinal compounds that can boost good health, including:

Woe unto you, scribes and Pharisees, hypocrites! for ye pay tithe of mint and anise and cummin, and have omitted the weightier matters of the law, judgment, mercy, and faith: these ought ye to have done, and not to leave the other undone.

Anise is an annual plant whose leaves, seeds, and stems were used for different purposes, including medicinal benefits.

It was often referred to as a comforter of bowels and was commonly used in traditional wedding cakes. These cakes were eaten at the end of the feast to help prevent indigestion and flatulence.

Today anise can be used for the same purpose to relieve indigestion and fight flatulence.

Anise seeds are commonly taken by crushing and brewing them into tea.

And when they came into the house, they saw the young child with Mary his mother, and fell down, and worshipped him: and when they had opened their treasures, they presented unto him gifts; gold, and frankincense and myrrh.

Myrrh is a gum resin that comes from the bark of certain trees.

It has been mentioned severally in the Bible, including during the birth of Jesus, His death, and the purification of Queen Esther.

Myrrh was a common ingredient in the holy anointing oil for consecrating kings, priests, and the tabernacle. It was also used for fragrance and for embalming dead bodies because it can kill bacteria and other microbes.

The Lord spoke to Moses: Take the finest spices: of liquid myrrh five hundred shekels, and of sweet-smelling cinnamon half as much, that is, two hundred and fifty, and two hundred and fifty of aromatic cane, and five hundred of cassia—measured by the sanctuary shekel—and a hin of olive oil; and you shall make of these a sacred anointing-oil blended as by the perfumer; it shall be a holy anointing oil.

Cassia is an essential oil that was used in the holy anointing oil. It has similar aromatic properties as cinnamon.

The Lord said to Moses: Take sweet spices, stacte, and onycha, and galbanum, sweet spices with pure frankincense (an equal part of each), and make an incense blended as by the perfumer, seasoned with salt, pure and holy; and you shall beat some of it into powder, and put part of it before the covenant in the tent of meeting where I shall meet you; it shall be for you most holy.

Frankincense is the resin or gum of the Boswellia tree, popularly known for making incense and perfume.

Today, frankincense oil is used for its powerful stress relieving properties which can help alleviate anxiety and depression.

It can also help:

“We remember the free fish we ate in Egypt, along with the cucumbers, melons, leeks, onions, and garlic.”

Garlic is one of the oldest healing foods dating back to Jewish slavery in Egypt.

It’s rich in antioxidants that protect against chronic diseases. It’s also rich in antiviral and antimicrobial properties that can help fight infections.

Including garlic in your diet regularly can help: 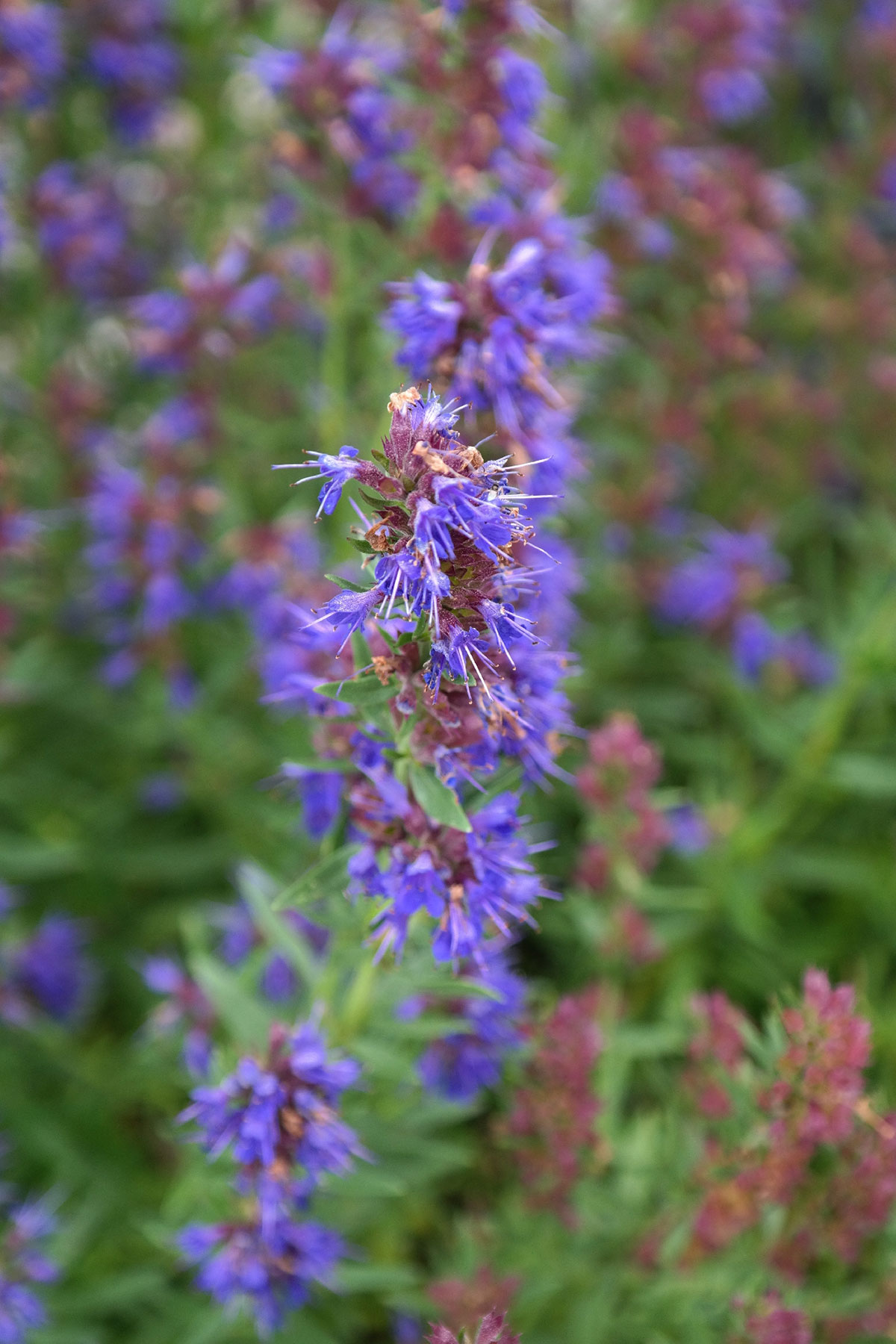 Take a bunch of hyssop, dip it in the blood that is in the basin, and touch the lintel and the two doorposts with the blood in the basin. None of you shall go outside the door of your house until morning.

Hyssop is a plant in the mint family with flavoring and medicinal properties.

In the Bible, it was used for ceremonial cleansing purposes. For example, God instructed the children of Israel to use a bunch of hyssop as a “paintbrush” to apply blood on their door posts.

Today hyssop is known as a power expectorant and can help relieve respiratory conditions like bronchitis, asthma, and coughs.

It can also regulate blood sugar levels, which may be beneficial in managing diabetes.

More research shows that it can:

In the market, hyssop is available in tincture and tea forms

Woe unto you, scribes and Pharisees, hypocrites! for ye pay tithe of mint and anise and cummin, and have omitted the weightier matters of the law, judgment, mercy, and faith: these ought ye to have done, and not to leave the other undone.

Mint or mentha belongs to the Lamiaceae family containing about 20 species, including spearmint and peppermint. The Hebrews used mint as a condiment in domestic economy and as medicine.

According to research, peppermint can help improve digestion and relieve irritable bowel syndrome.

And the Lord said, “If you had faith like a grain of mustard seed, you could say to this mulberry tree, ‘Be uprooted and planted in the sea,’ and it would obey you.”

Mustard seed is the smallest of all seeds but grows into the biggest of all plants.

According to research, mustard seed powder is rich in anticancer compounds, including allyl isothiocyanate (AITC), which has been shown to be effective against bladder cancer development and progression.

Including it in your diet can help:

There are various herbs in the world that have been used to fight and prevent disease, illness, and infection for thousands of years. Many of which can be found throughout the pages of the Bible.

From soothing sore throats to fighting off depression, you may be surprised at how many healing herbs of the Bible there are that can improve your overall health.

Additionally, the health benefits of these herbs have been scientifically proven, and including them in your lifestyle can promote overall health and well-being. 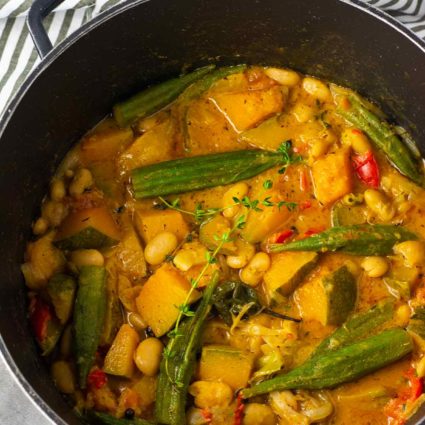 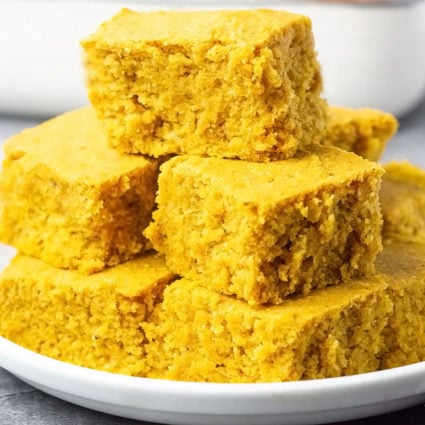 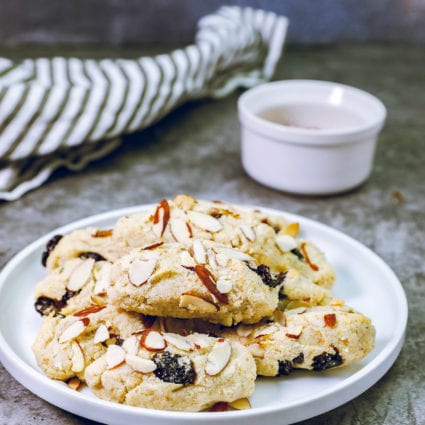