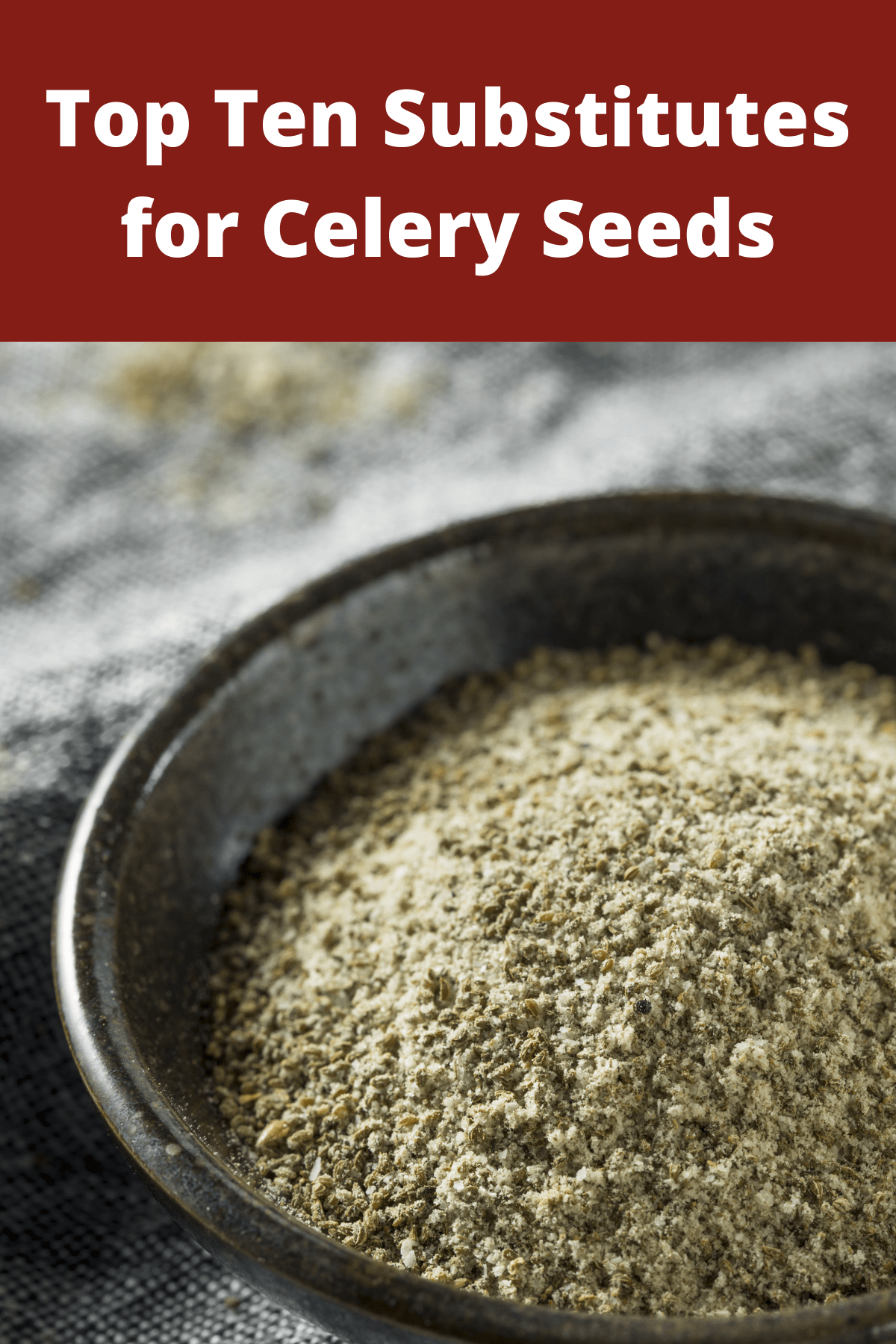 Have you ever used celery seeds in your cooking recipe? Celery seeds are among my favorite seasonings with onion and garlic powder, and I always add them to my cooking recipes. Today I’m going to share my Top Ten Substitutes for Celery Seeds.

But sometimes, exceptional cases happen. One of them happened to me. One day I was preparing a sweet pickle, and suddenly I realized that I do not have celery seeds. That was a real predicament for me. I could not get celery seeds at that time, but I had to prepare my recipe. So, I need to get a substitute for it.

At first, I was worried, but then I got a substitute, and my delicious pickle was ready on time. There was no difference in the taste.

But firstly, let’s look into the celery seeds.

What is Celery Seed?

Celery is a prevalent vegetable; its seeds are not very common as compared to stalks. However, celery seeds are delicious and nourishing. These are light brown and tiny seeds. They have an earthy aroma with a warm and bitter flavor.

Celery seeds have been used for thousands of years in Eastern medicine to treat different illnesses such as skin disorders, flu, and bronchitis.

Now, celery seeds are widely employed as a cooking recipe. You can get it in the capsule or extract form. Although their size is small, they are highly nutritious and are associated with numerous health profits.

Celery seeds are a good spice, but sometimes you may need a substitute for it. Thus, it is essential to have an insight into the best substitutes for celery seeds.

Here I have listed the top ten substitutes for celery seeds.

Let us dive into them. 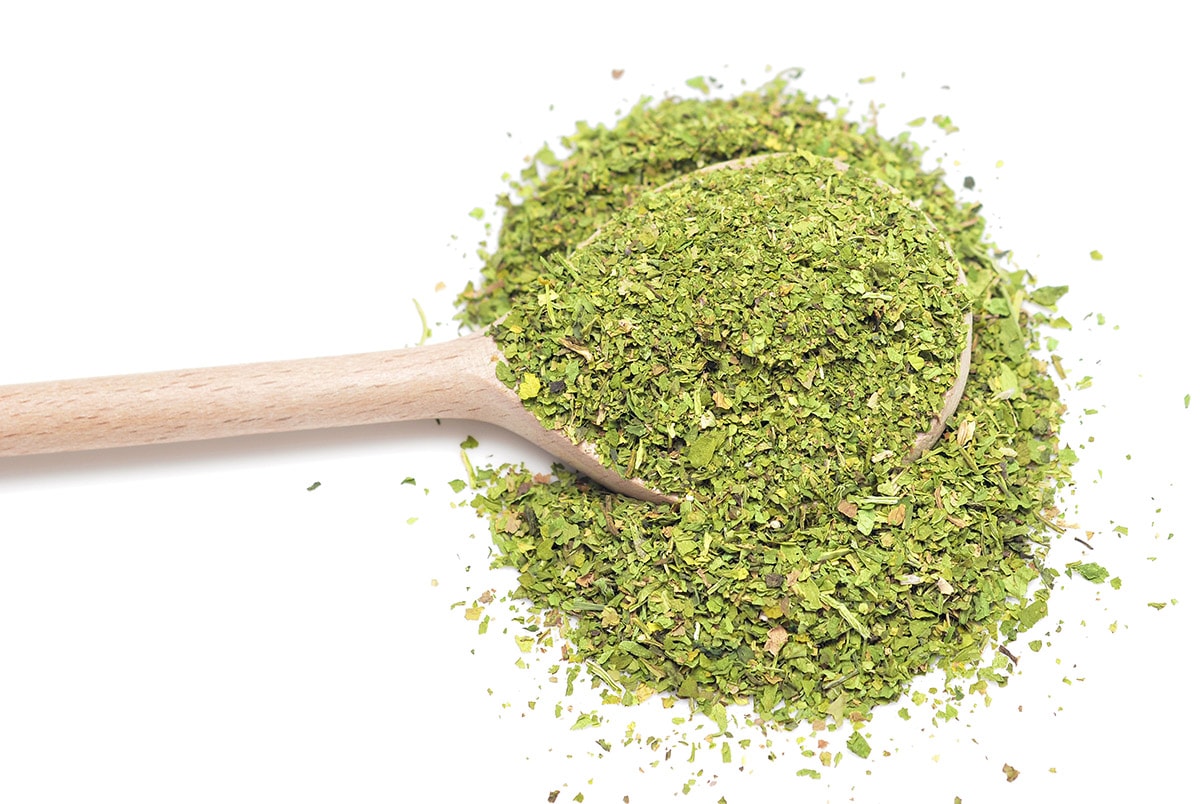 Celery Flakes can prove as the best substitute for celery seeds.

After drying, you can smash the stalks into small pieces or flakes.   When you do not have fresh celery seeds, you can opt for dried flakes. But one noticeable thing is that dried vegetable gives intense flavor so, you must add smaller quantities to replace fresh celery.

For illustration, two tablespoons of fresh celery can be replaced by one tablespoon of celery flakes. 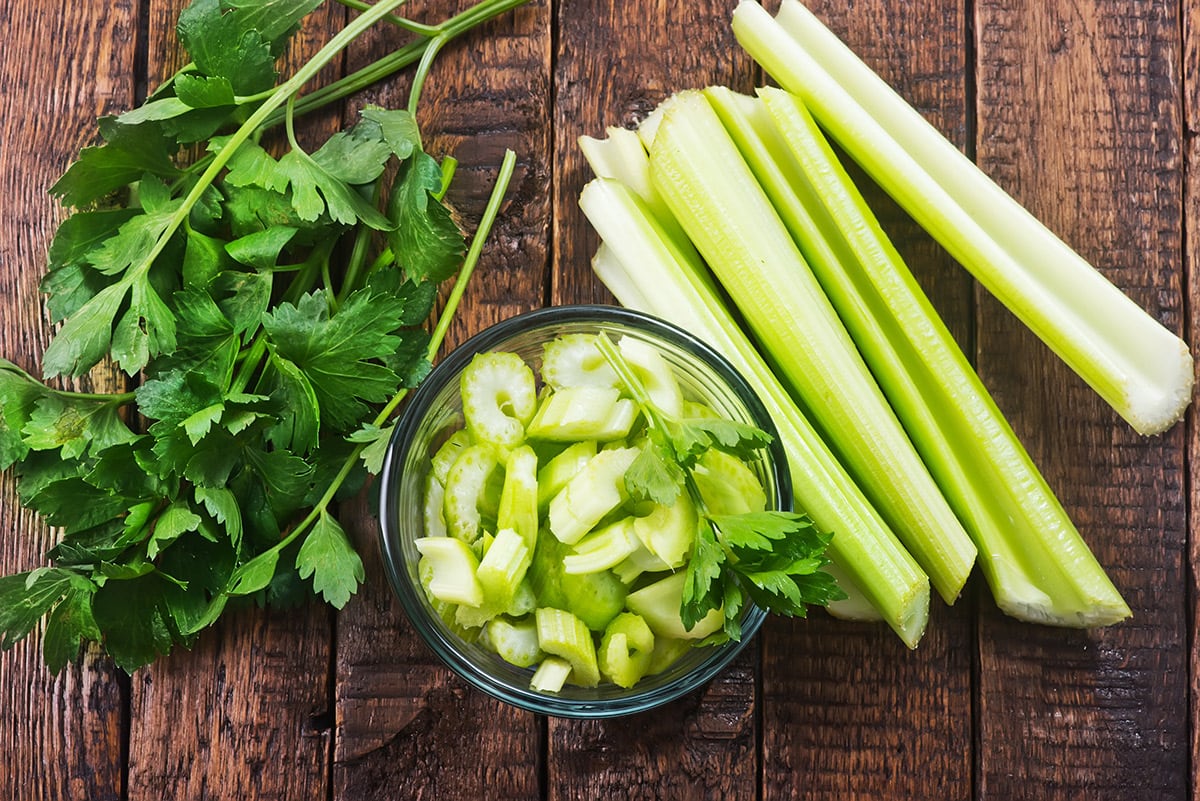 They possess a similar flavor and aroma. However, seeds are more concentrated so, you would have to use more stalks and leave to get similar results.

There is also a differentiation in bulk and texture. Stalks and leaves are easily noticeable in dishes like sauces as they are fibrous. You must use 5 to 6 tablespoons of leaves and stalks to replace one tablespoon of seeds and chop them finely to make them less noticeable. 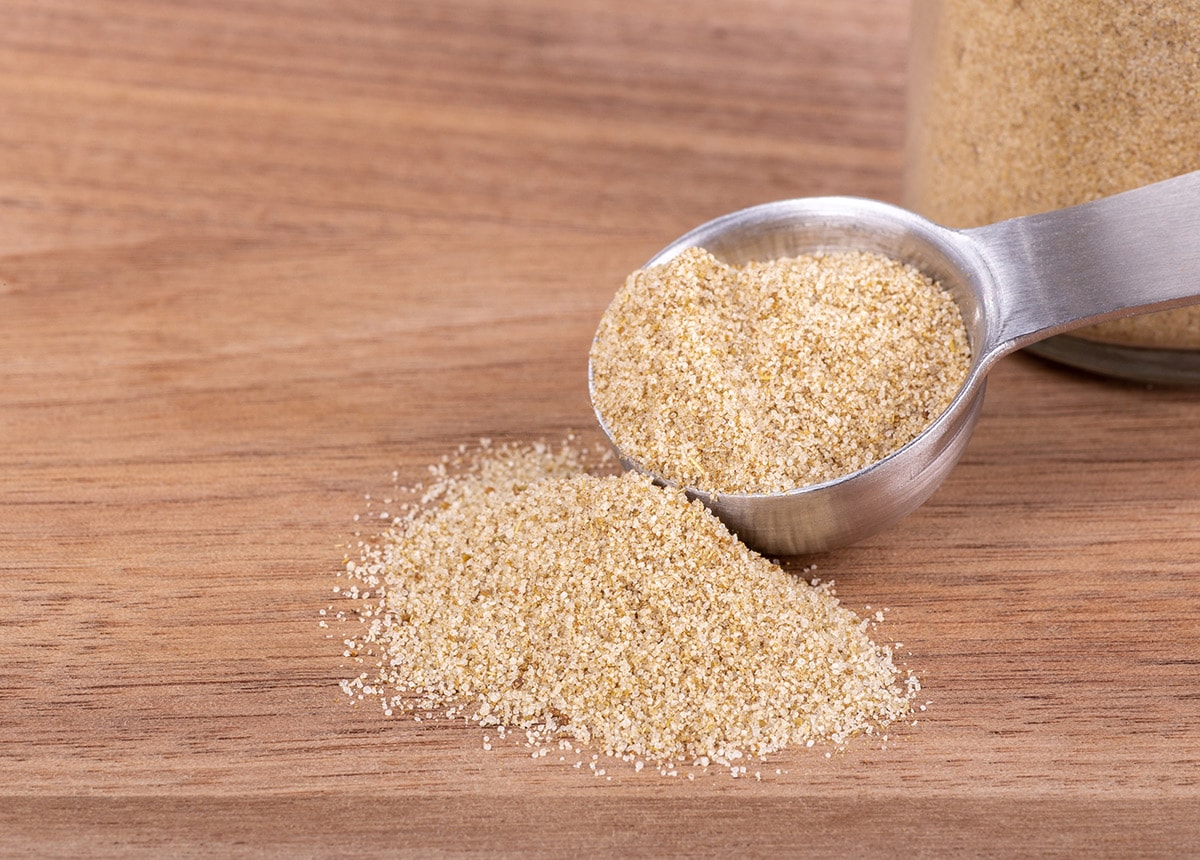 Celery salt is also highly prevalent and is an essential part of kitchens around the world. 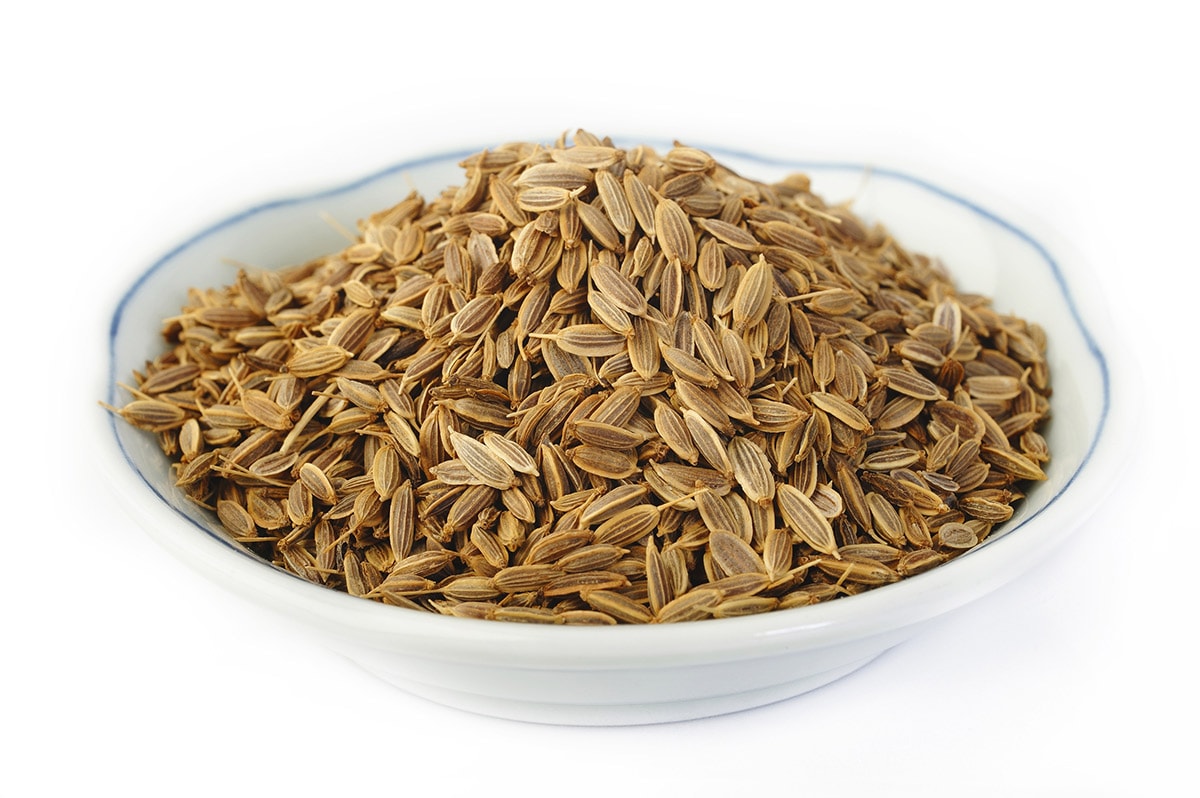 Celery and dill seed show a significant diversification in appearance. However, they possess a remarkable similarity in their flavor. Celery seeds are smaller with an oblong shape and dark brown color, while dill seeds are wide and flat. 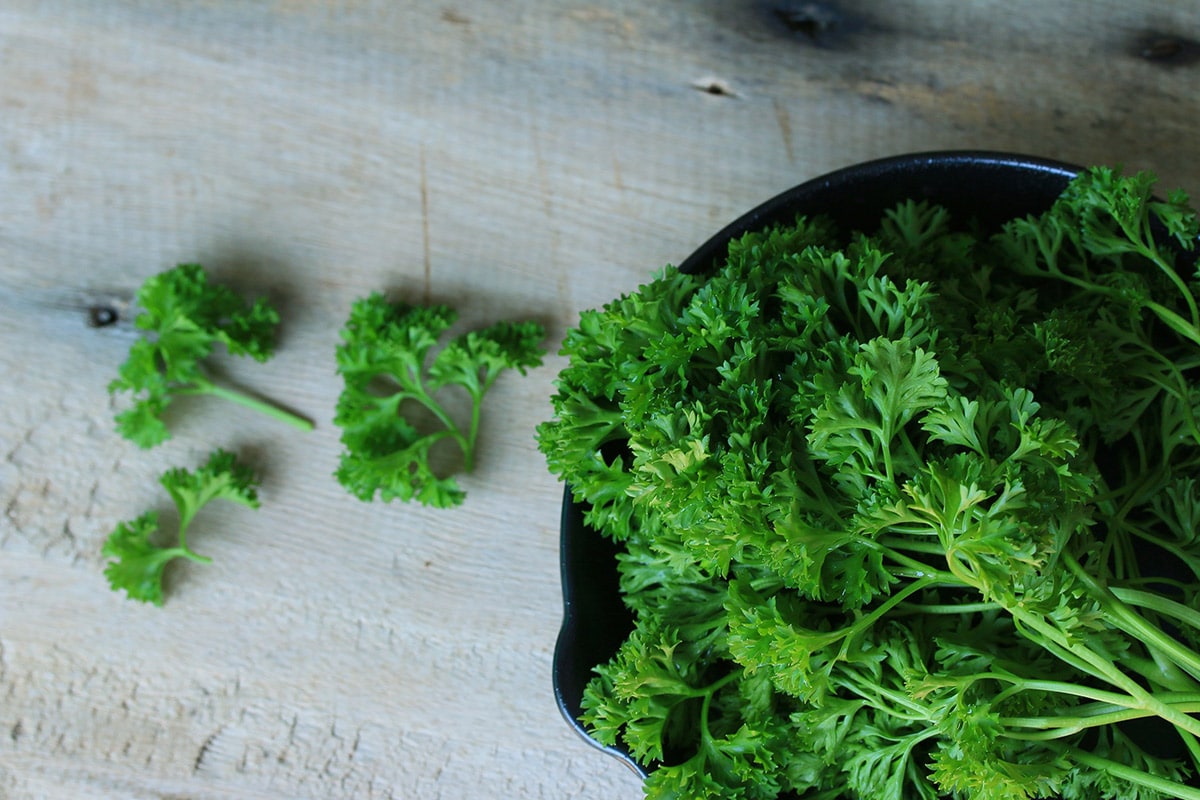 Parsley is recognized as garden parsley. It was nearly planted in the European countries during the past in spring. However, it is extensively employed as a crucial constituent of each home in the world these days.

Its taste is similar when you can mix it with other ingredients in dishes like salad or sauces. However, according to my viewpoint, it is slightly oily and bitter.

Thus, it is applied to color the dishes and provide herbal flavor. 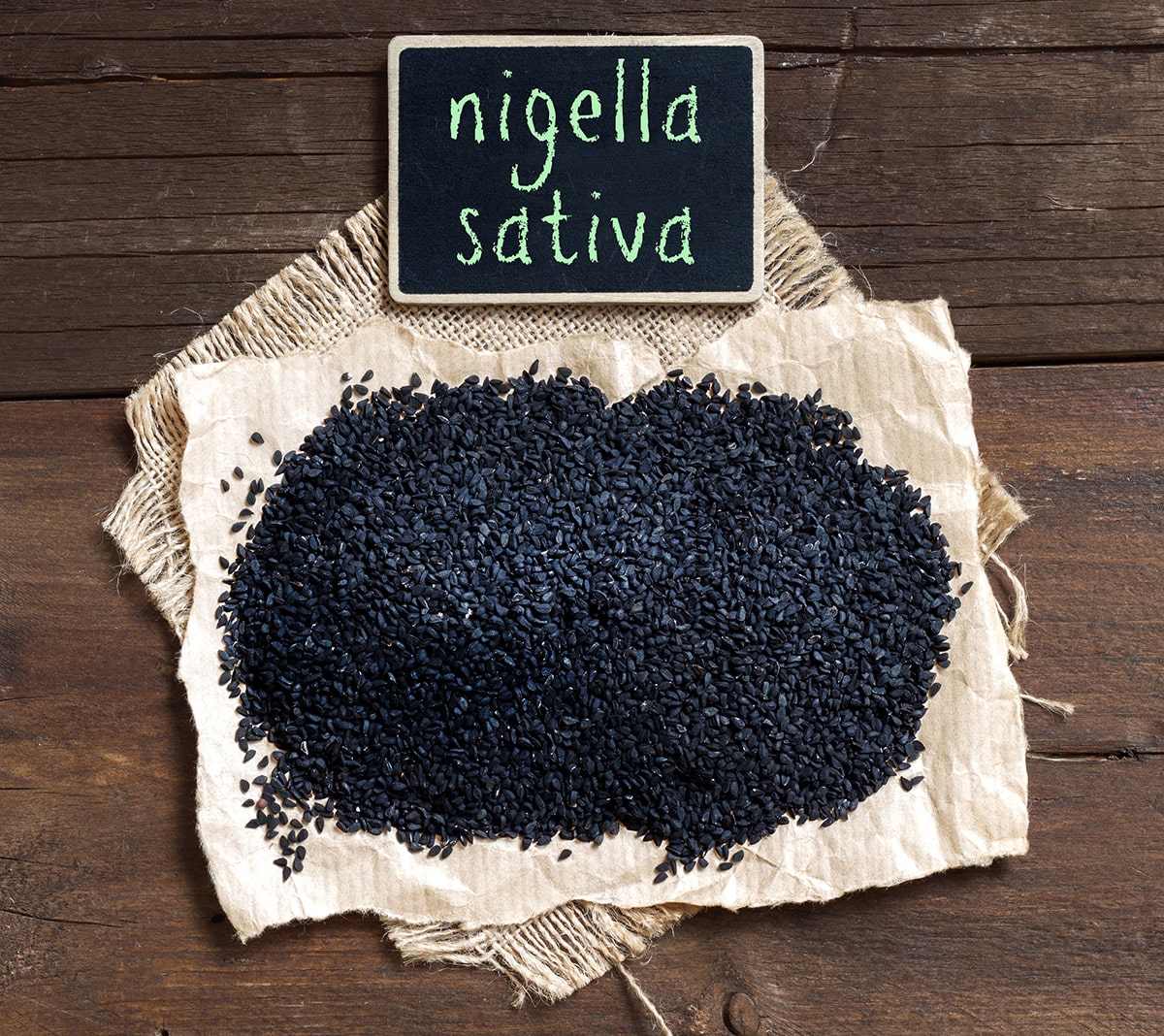 Nigella Sativa is another efficient spice used as a substitute and recognized as kalonji and black cumin. It is a distinctive flavor enhancer for Indian dishes.

The taste of Nigella sativa is sweet and like caraway; thus, similar quantities can be used without altering the dish taste. 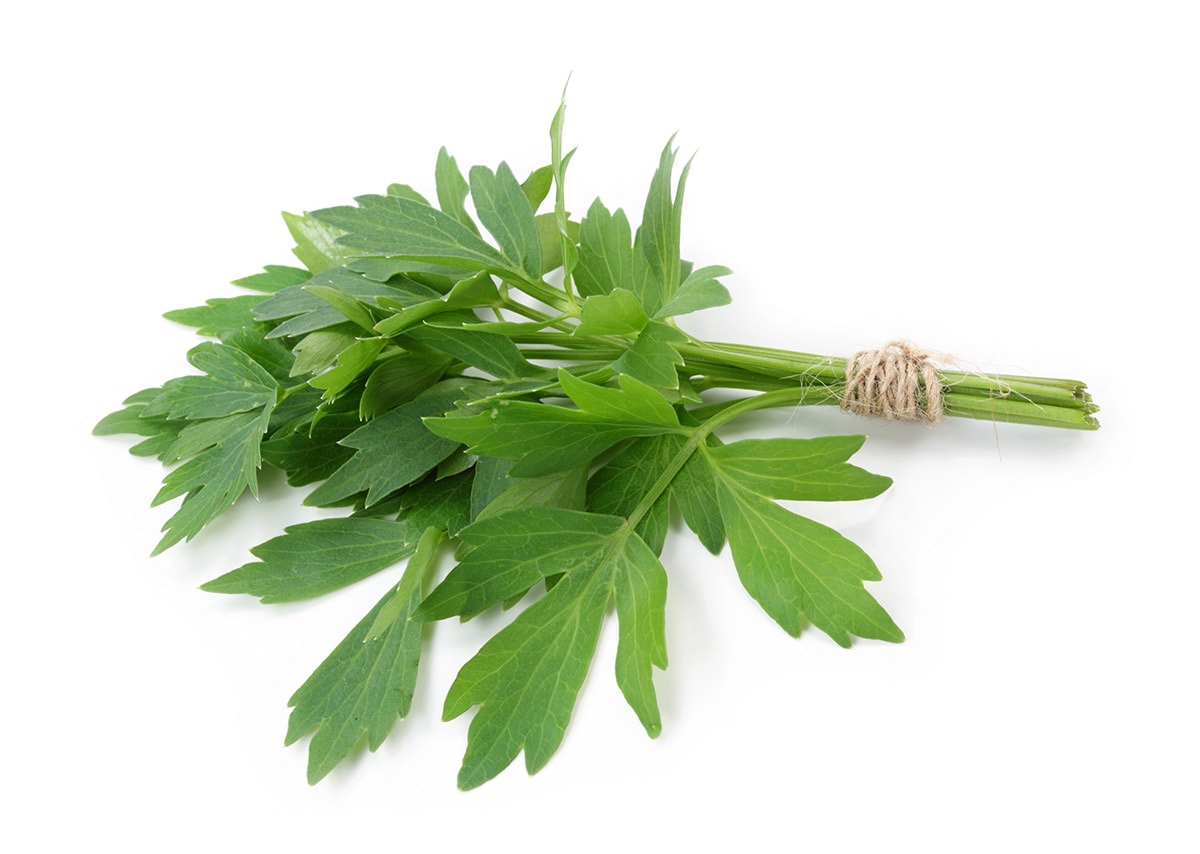 Lovage is instinctive to the southern Mediterranean region and central Asia, and it is an associate of the parsley family. Commonly it’s applied for its aroma and flavor making it a perfect replacement for celery.

The leaves are spicy, and its plant looks like celery. The fresh leaves can be employed for flavor. The leaves and stems can be applied where celery is exploited. Its dried seeds and leaves are a perfect substitute for celery.

Its seeds are aromatic, and you can also employ them instead of fennel seeds. You can sprinkle them on dishes, salad, and bread doughs.

You can also grind the seeds with sea salt-producing a seasoning like celery seeds. 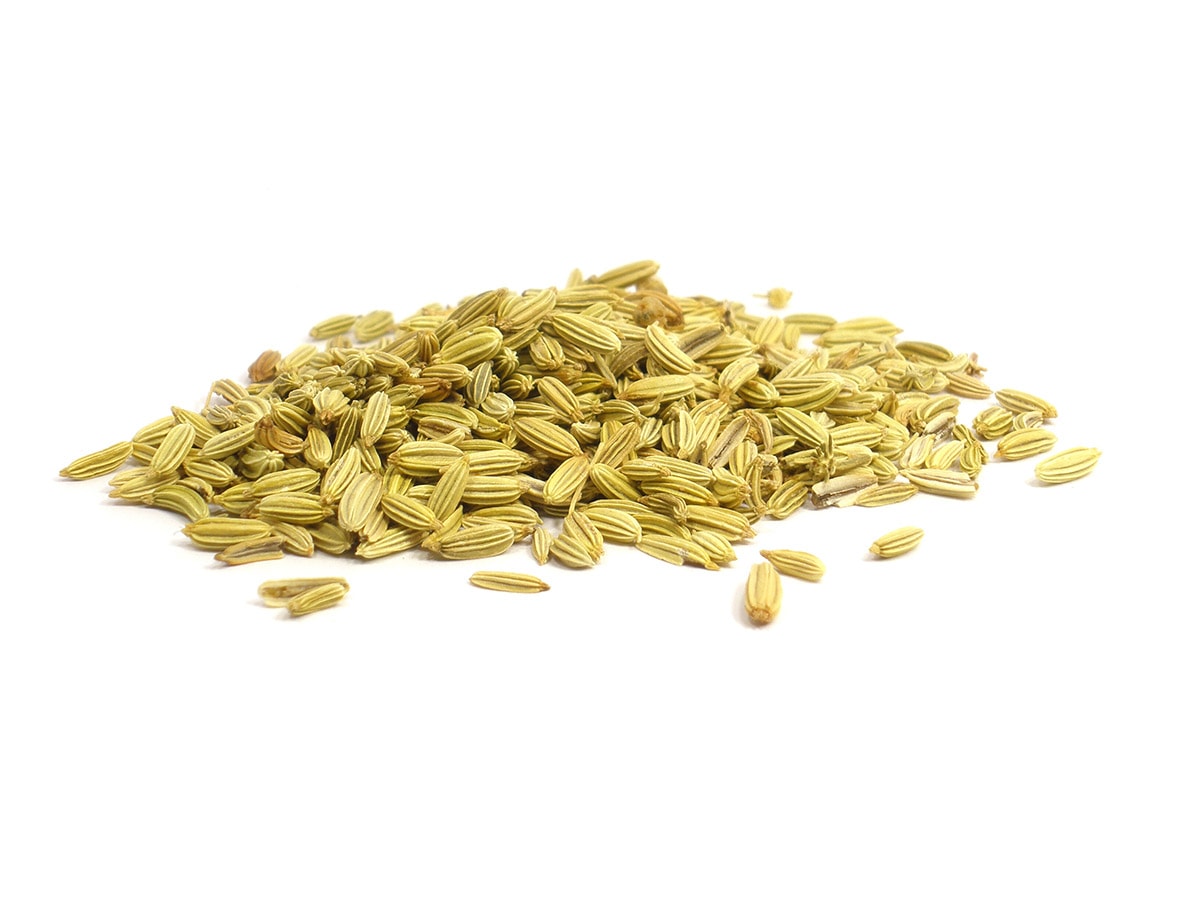 The fennel plant in the carrot family is used to harvest fennel seeds employed as a spice. You can obtain them throughout the year, but summer is the prime season for fennel seeds. You can harvest top-quality fennel in the summers.

Their taste is like Star Anise but slightly sweet taste like licorice. You can use similar quantities when replacing celery, and you can apply fennel seeds in all savory dishes and some pickles and salads. 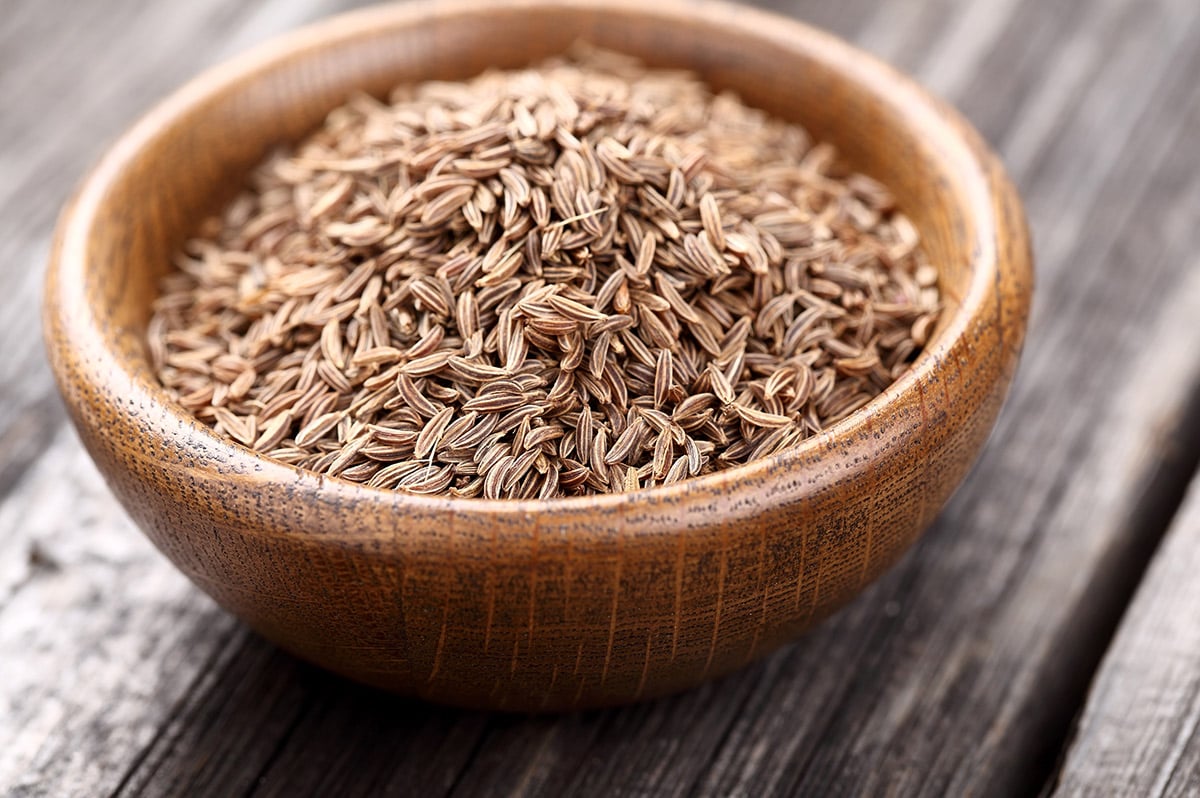 The caraway plant belongs to the Apiaceae family that has been grown in Europe, Asia, and some African areas.

Caraway seeds are also an eccentric choice for celery seed replacement in your recipes. They have a bitter and nutty taste, almost like celery seeds. However, they can be employed in your dishes, adding a powerful flavor punch for salads and comparable dishes. 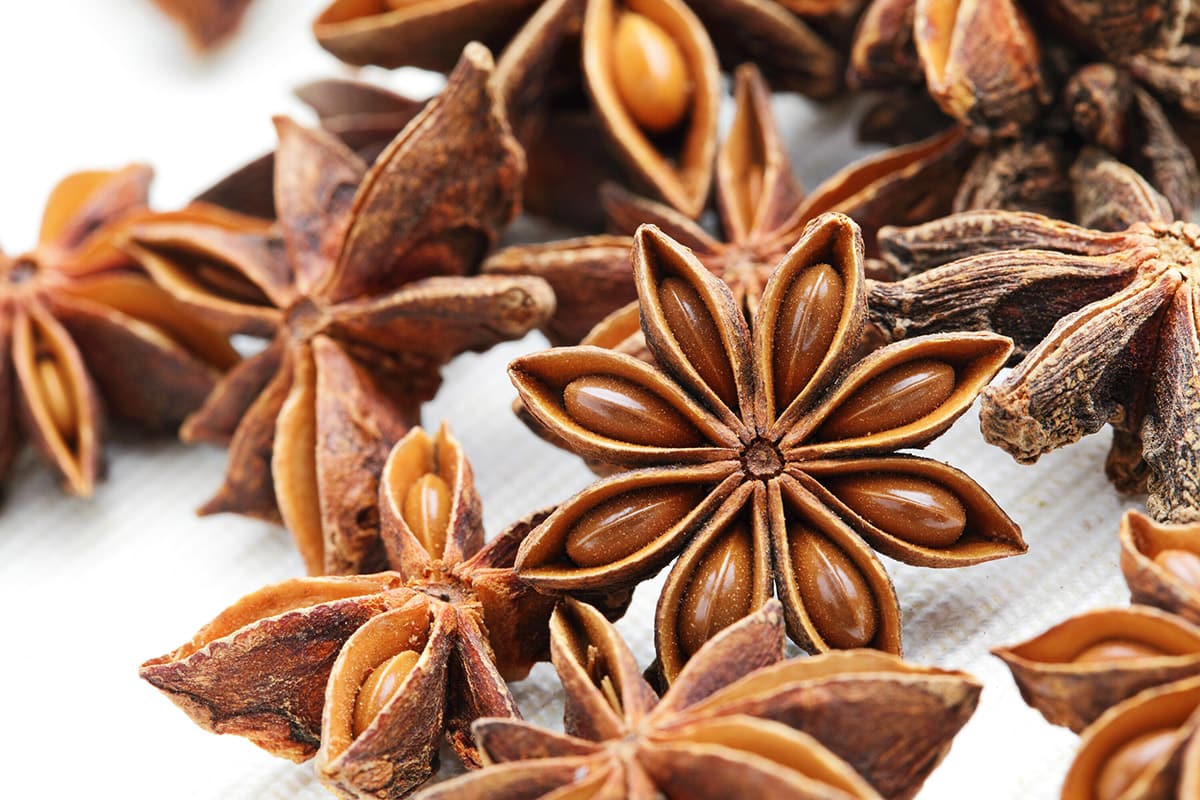 Firstly, Star Anise was noticed and utilized in Vietnam at Sea East Asia. You can get it throughout the year as it can familiarize you with the climates and easily plant.

Its taste is more pungent like licorice but a bit sweet. Therefore, it’s recognized among the five Chinese recipes.

It can be added to savory dishes, but you must be cautious about the amount while adding it into the dishes because it is a powerful spice.

Celery seeds provide a powerful aroma for celery without upsetting the dish’s texture. As a result, celery seeds are a crucial enhancer in soups or sauces.

The seeds’ flavor is like the stalks and the leaves, but it’s more powerful. Thus, you need to take a smaller amount.

Though seeds are more intensive in flavor, they are less widespread than leaves and stalks.

When cooking a dish, you run out of celery seeds. You can exploit any of the spices mentioned above without affecting the flavor and taste of your dish.

You May Also Like These Other Ideas for Substitutes 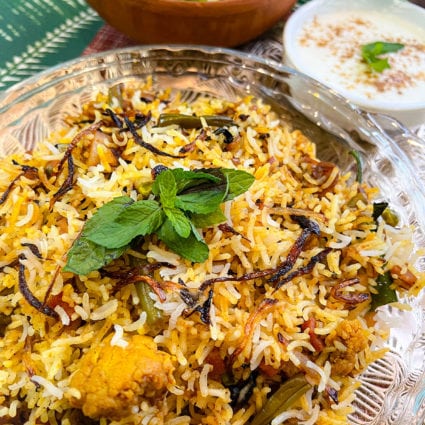 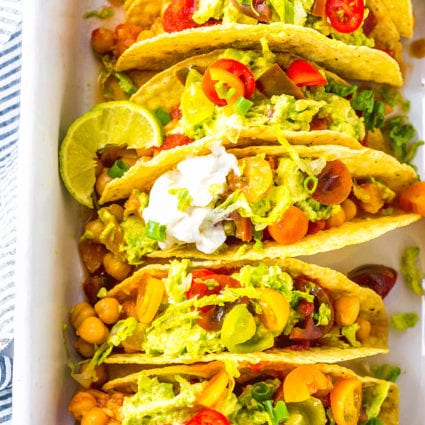 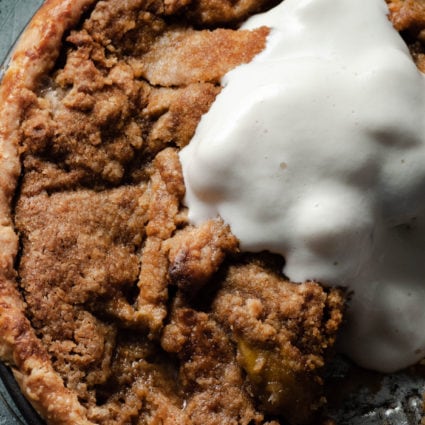