Home → Ingredient Information → What Is Agar? 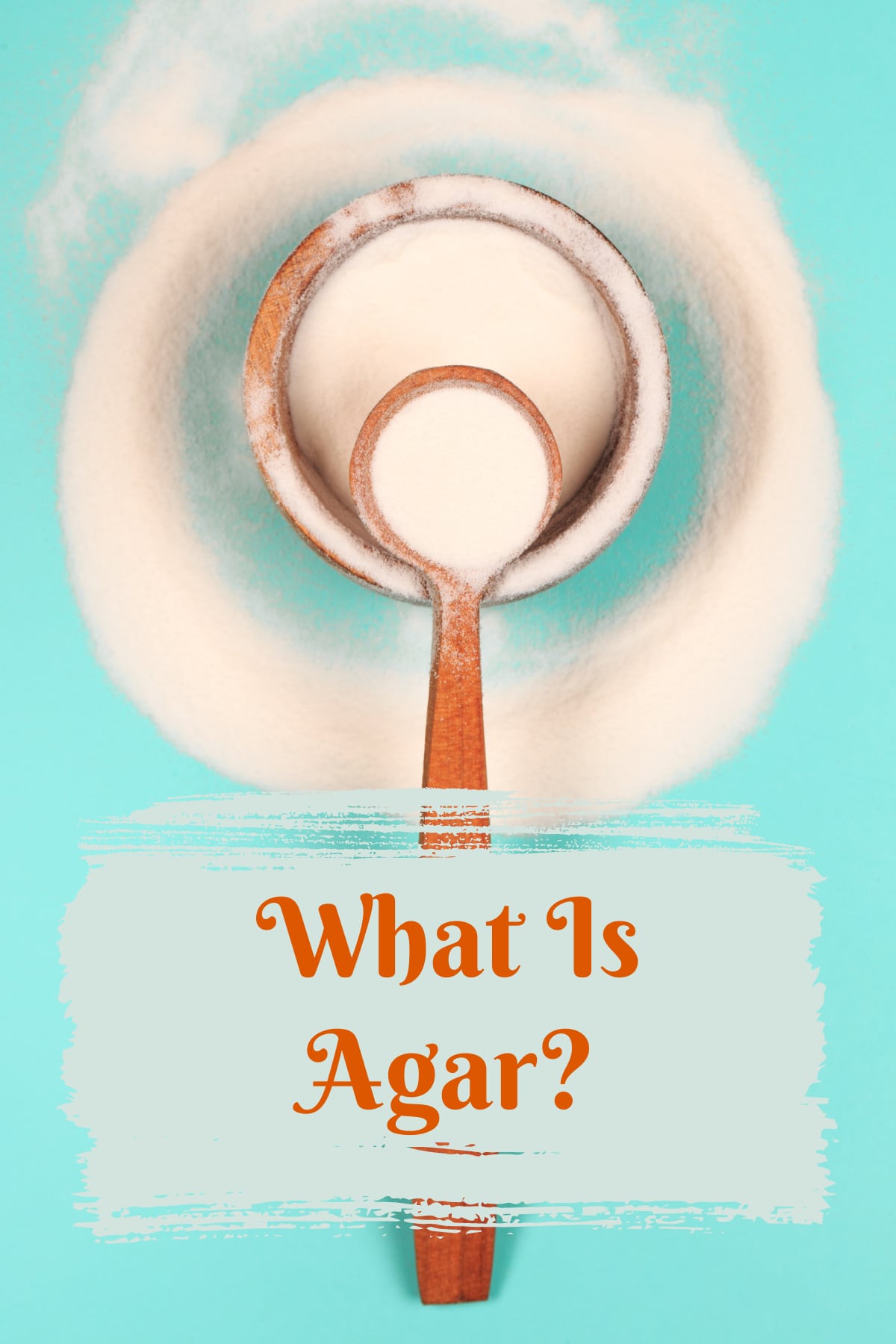 A lesser-known ingredient that isn’t plant-based is gelatin. Most types of gelatin used in commercial products are pork, beef, or fish-based. For this reason, I love using agar as a substitute.

Agar is a gel-like substance mainly extracted from seaweed, particularly red algae (Rhodophyta), and processed into sheets, powders, and flakes. Agar is not soluble in cold water; however, it readily dissolves in warm water, the solution is dilute at 42°C. However, at 37°C, it solidifies, forming a stable gel. It can absorb around 20 times of its mass.

Agar is a polymer and is composed of subunits of galactose sugar. It is a component of the cell wall of different seaweeds and is commonly collected in California and Asia. Agar naturally appears as a complex of polysaccharide agarose along with calcium and sulfate.

Agar was discovered by a Japanese innkeeper in the 17th century. He noticed that leftover seaweed soup gelled up when it was left in cold weather.

After its discovery, it quickly became a popular thickening agent used in Asia, and came to be known under several names, such as agar, agar agar, kanten, and Japanese isinglass. It became commonly used in many traditional dishes that if you’ve had, you probably assumed were gelatin-based.

If you’ve had Japanese, Filipino, and other Asian desserts, such as halo-halo, anmitsu, buko pandan, or bubble tea with fruit jellies or crystal boba, you’ve probably had agar. 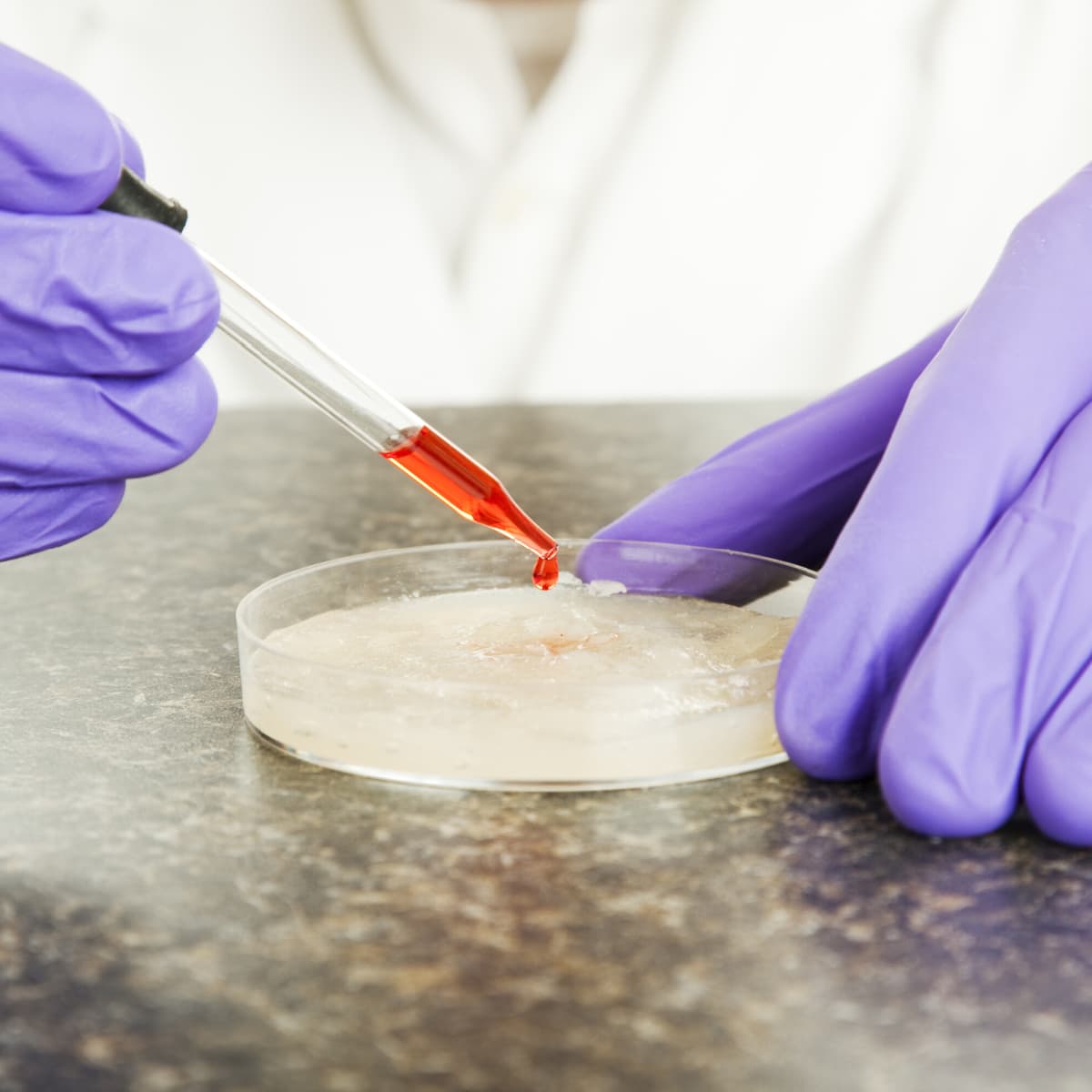 If you have taken certain classes, such as microbiology, you may recognize this word. Agar plates are a popular substrate (growth medium) for bacteria.

The transparent gel is perfect for observing bacterial growth, containing the nutrients necessary for the bacteria to survive, and allows for higher growth temperatures than gelatin. For this reason, it is quite a common growth medium used in various microbiological applications.

What Is Agar Used For?

As I mentioned, agar is a well-known hardening component in bacterial culture media. Further, it’s used in canned fish, meat, and poultry and dentistry, and medicine. It’s also employed as a purifying agent in the wine and brewing industry. Finally, it is employed as a thickening agent in pastries, ice creams, salad dressings, and desserts.

Agar is used in the food industry due to its stabilizing, gelling, and emulsifying properties. It does not contain any gluten, and it is used as a thickener, and importantly it’s very nourishing.

Agar is also employed in numerous vegan and dairy-free recipes and acts as a thickener in most of them. Usually, it’s applied as a vegetarian substitute for gelatin.

Agar has no taste and odor, making it a perfect addition to various recipes, either savory or sweet.

Similarly to egg substitutes such as flaxseed and chia seed, the gelling action actually involves fiber, making it a filling addition to dishes. For this reason, it is commonly used as a dietary aid.

Where To Buy Agar?

While you probably can get agar, from specialty grocery stores or health food stores, I would recommend checking any Asian grocery stores, if you have access to one. I find they have the best quality and are priced satisfactorily, instead of being horribly overpriced.

If you can’t buy locally from an Asian market, it is completely understandable. I have found the brand I’ve used for years for a good price on Amazon here. 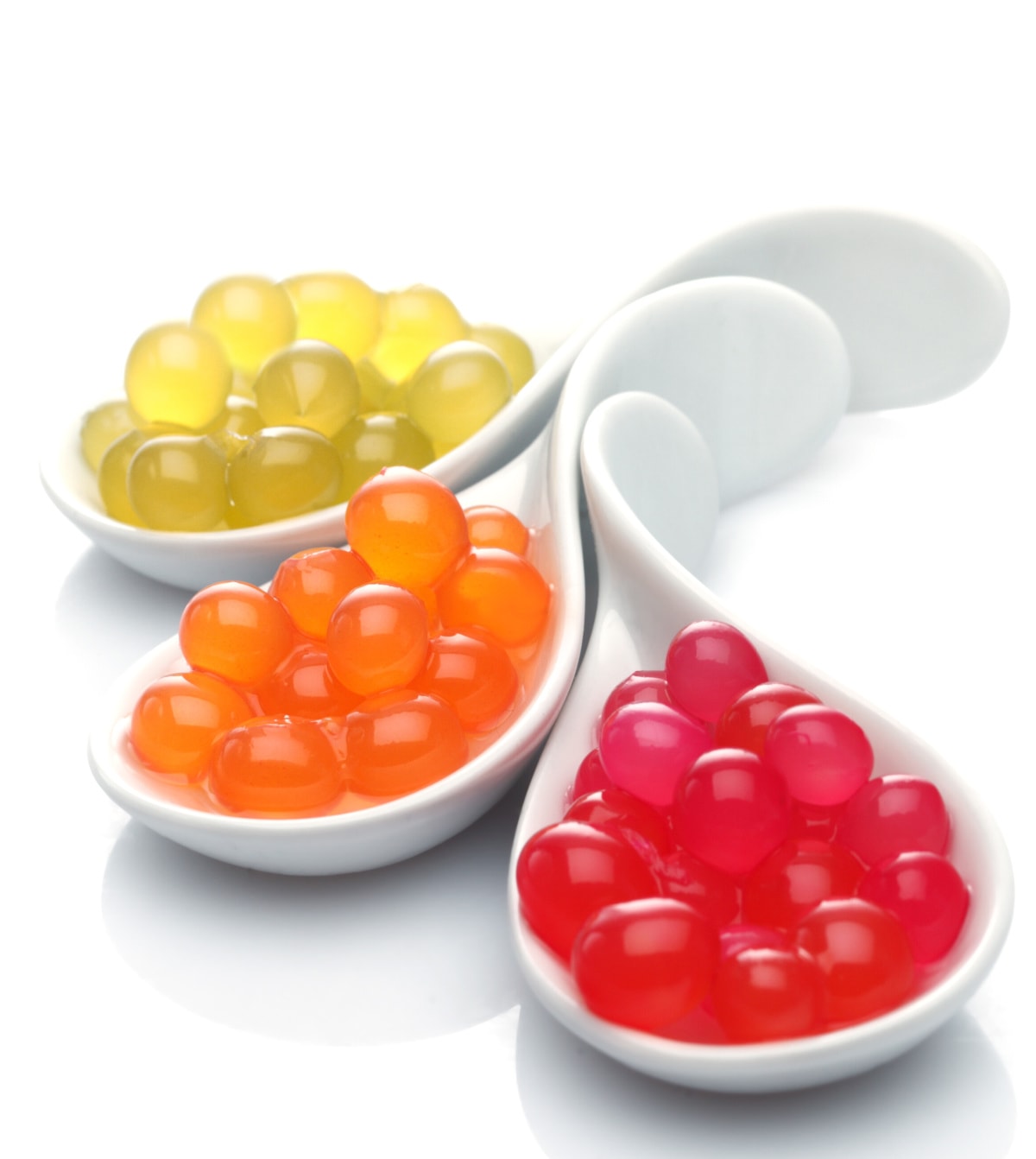 I appreciate having flexibility in your diet and for the ingredients of the recipes you are preparing. So as always, I will provide you with some options for a substitute.

Keep in mind that a slight change in the structure and texture of your recipe can happen. You can use any ingredient, and hopefully produce something more unique and delicious. Here are some of the substitutes for agar:

Cornstarch is a flavorless product used as an anti-cake component in cookies and in dessert recipes to add tenderness. However, it does not thicken as firmly as agar can, so it’s best for sauces and any semi-liquid recipes, like puddings.

Pectin powder is a vegetable-based substituent for the agar. The pectin is taken from citrus fruits, stone fruits, and berries, and is a well-known thickener in jellies and jams. It provides a jelly-like structure and contains fiber as well.

Xanthan Gum is another substituent that is made from a particular kind of fermenting bacteria. It is safe and can be consumed, usually employed in recipes. It is very popular in commercial usage and does not require heat for activation.

Guar gum is a natural thickener that is made from guar beans, making it a gluten-free ingredient. You can employ it while making dough for muffins, cakes, pizzas, and other bakery products. It is very popular in commercial usage and does not require heat for activation.

Arrowroot is extracted from the Arrowroot plant named Maranta arundinacea. It is free of gluten, soy, and corn, making it a great choice for those avoiding many allergens. Similarly to cornstarch, it does not thicken as firmly as agar can, so it’s best for sauces and any semi-liquid recipes, like puddings.

Tapioca starch is also called tapioca flour. This starch is taken out from cassava root, and it’s also soy-free, corn-free, and gluten-free. It is usually used in baking and for thickening sauces, fillings, and soups. Similarly to cornstarch, it does not thicken as firmly as agar can, so it’s best for sauces and any semi-liquid recipes, like puddings.

What Is Psyllium Husk

When Should You Eat Dried Fruit? 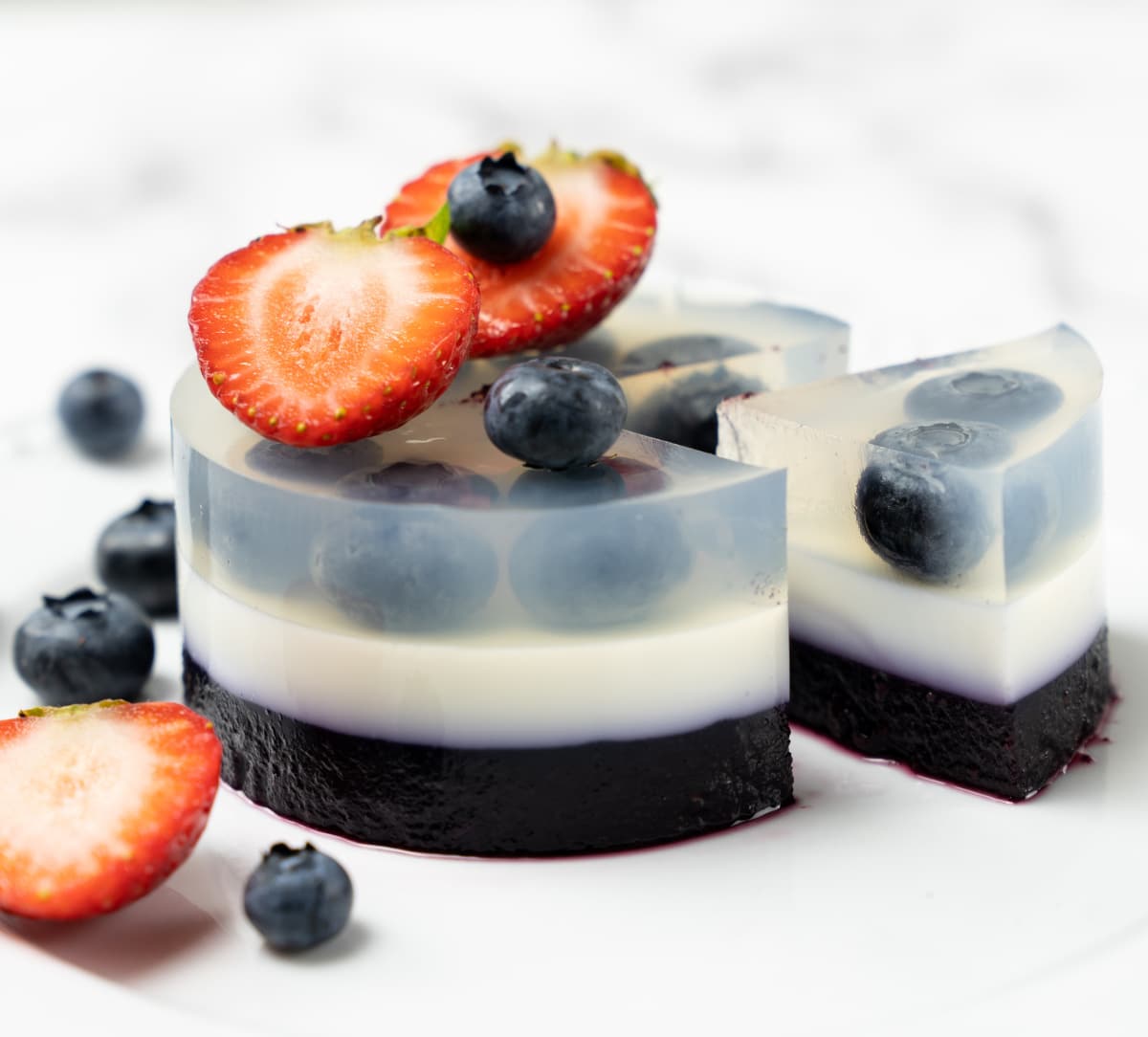 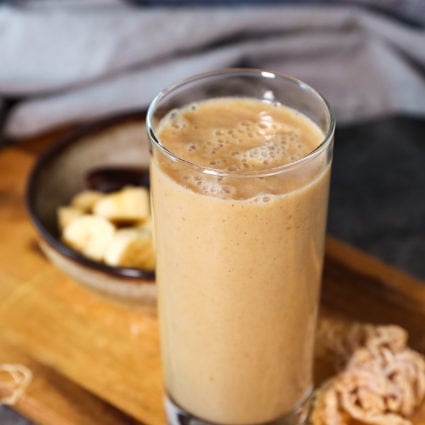 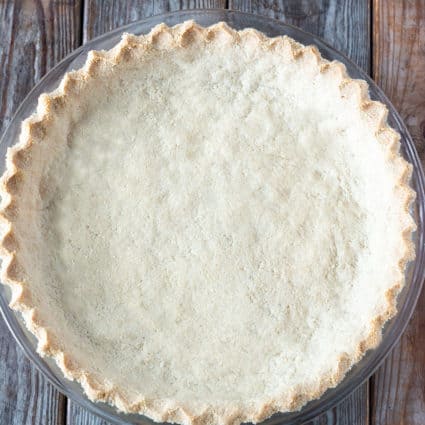 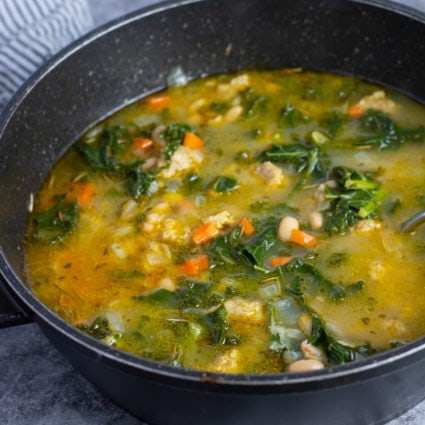