Home → Ingredient Information → What Is Jicama? 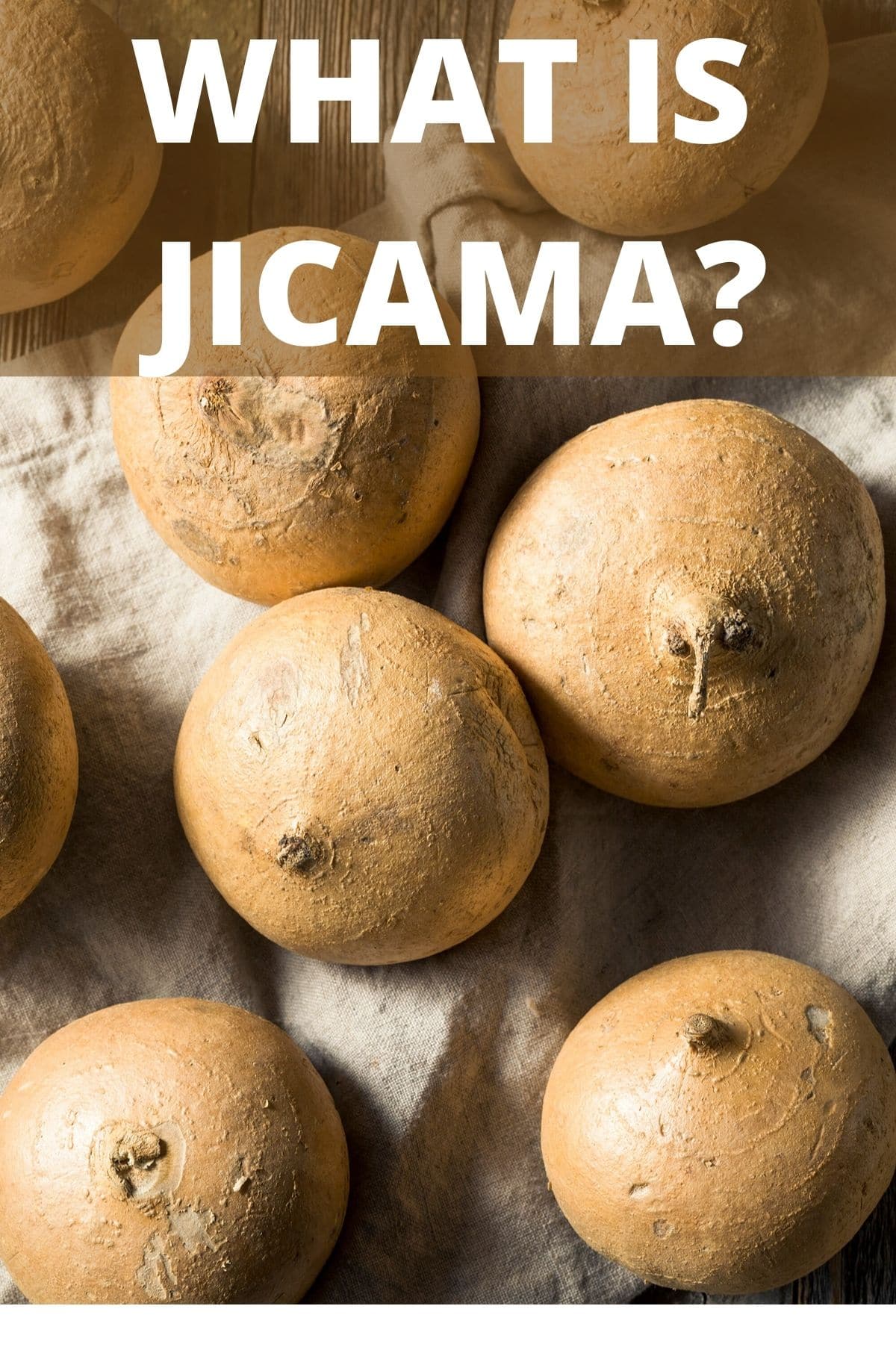 What are the Types of Jicamas? 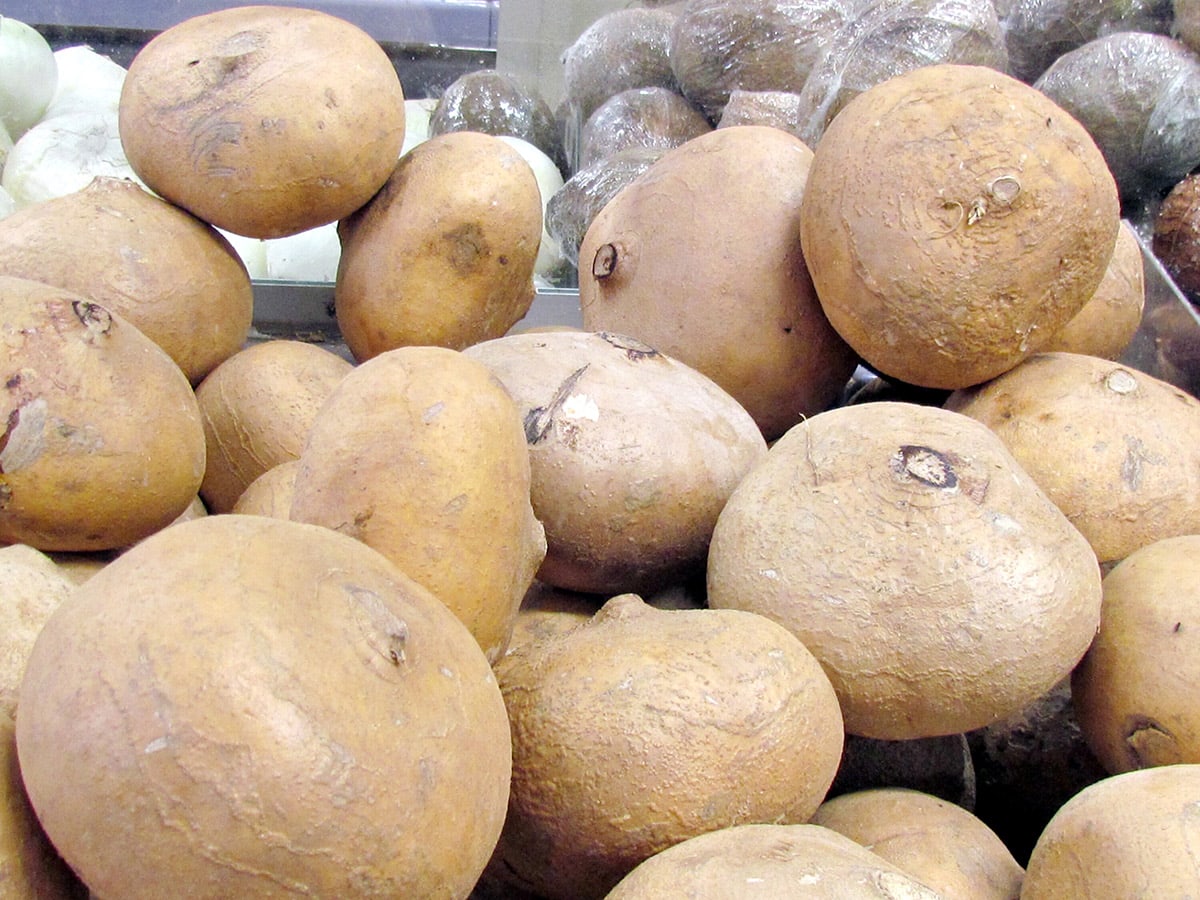 How to Grow and Harvest?

Jicama is commercially grown in Hawaii, Mexico, Puerto Rico, and the hot regions of the southwest United States.

Jicama is usually planted via seeds; it grows perfectly in a warm climate with moderate rain. However, chill can be sensitive for the plant. Five to nine months are required for growth before harvest when the seed is used for its plantation.

However, it requires only three months to make mature roots when grown through the whole, small roots. It has been seen that the yield of the plant enhances after the removal of the flowers.

The gigantic taproot is the only edible thing in Jicama. Therefore, the stems, seeds, pods, and leaves are noxious and must be removed.

What is the Appearance and Taste of Jicama?

Where Can I Buy Jicama?

Jicama is readily available throughout the year. You can easily find Jicama in the grocery stores and buy online through Amazon, Walmart, and other platforms. You can get fresh ones next to root vegetables, including turnip, potato, or cassava.

You can also get Jicama in the form of mixed salads or slices. However, You can find these forms in the refrigerator. As the Jicama is stored after peeling off the skin and it requires a lower temperature for storage.

It’s essential to look for fresh Jicama with firm and thin-skinned tubers having no bruises, discoloration, mold, or cracks. Though it grows to more significant sizes of more than five pounds, it’s preferred to use smaller Jicama under 4 pounds. Smaller ones have better quality. Bigger ones can be very starchy and fibrous but not sweet or crisp like smaller tubers.

How to Store Jicama?

Fresh Jicamas are usually stored at an ideal temperature of 12-15°C for four months. As Jicama is sensitive to chill, thus chilling injury can occur at lower temperatures leading to discoloration, loss of texture, or decay.

Therefore, it’s crucial to keep tubers dry, so they must be free of moisture when storing at lower temperatures or in the refrigerator for 2 to 3 weeks without any wrapping. However, when it’s cut, cover it with plastic wrap tightly and refrigerate. You can use them for up to one week. You can also refrigerate cooked Jicama for three days.

Can I eat the Skin?

Well, you can’t eat the skin. The only edible part in Jicama is its root. All other parts, including skin, leaves, seeds, and stems, are all toxic. So you need to peel off the skin before using Jicama in your recipes.

What can I use it for?

You can use Jicama in a variety of recipes. It is usually eaten raw in numerous salad recipes. However, you can also steam, Sautee, fry, or boil IT. Jicama holds its crisp natural texture like an apple unless you overcook it.

You can also try my recipes for Jicama: 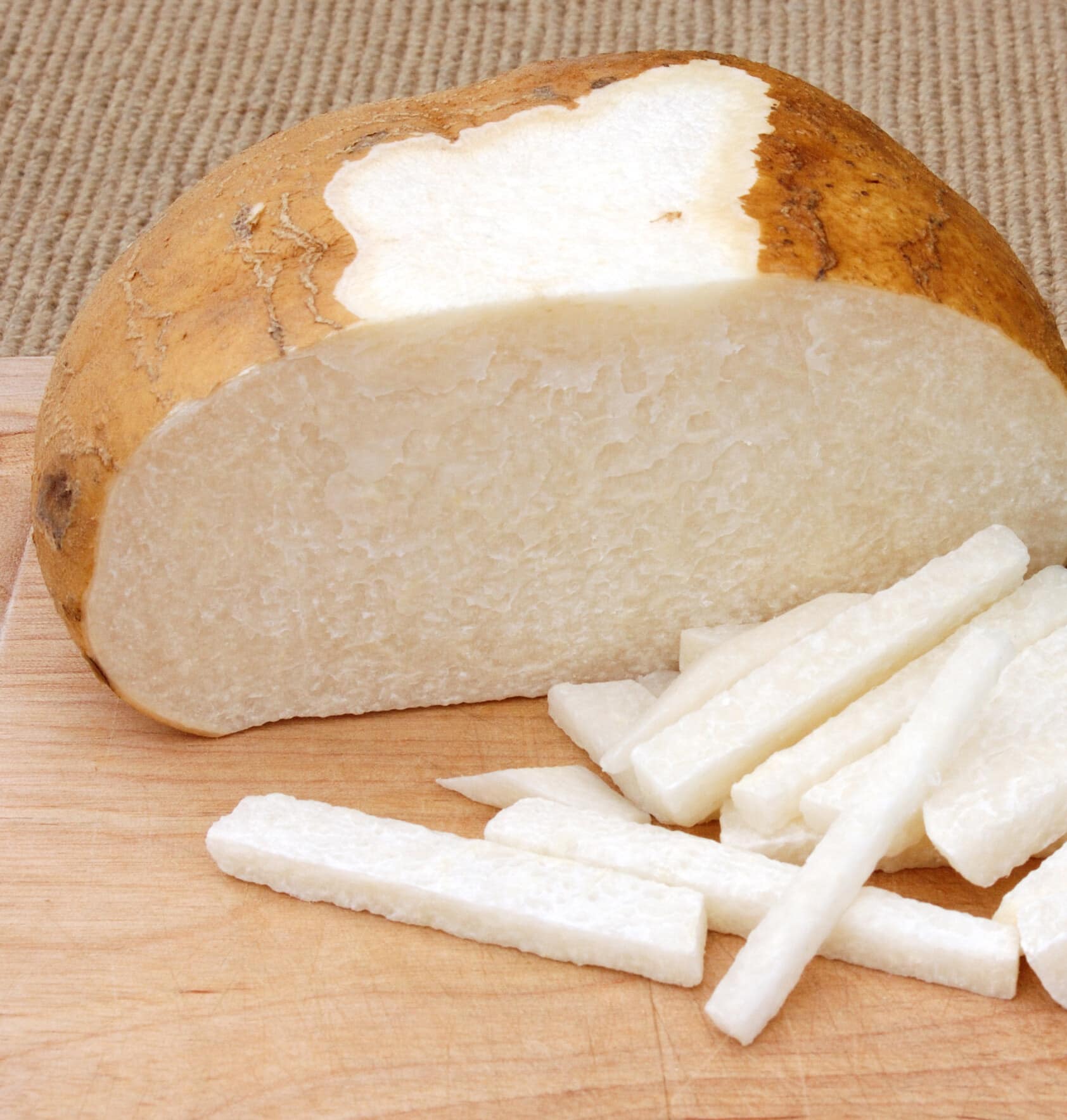 How to Cook Jicama?

Take a small, firm, and heavy Jicama with smooth skin. Wash and remove the skin and roots. You can use a paring knife to peel off the skin, fully involving the paper-like layer beneath. Make slices that you can easily manage. You can also cut it into sticks, cubes, or even shred it depending upon the kind of recipe you are cooking. You don’t need to worry about its oxidation. Jicama does not brown like apples after cutting. So, you can store it too.

Jicama is usually compared to potato because of similar appearance and flesh. However, It contains fewer carbohydrates and is healthier than potatoes.

Jicama is the best way to get fiber. First, peel and slice a Jicama rather than an apple. Then, dip it in nut butter or add in a bowl of salad. It is enriched with fibers that evade constipation, reduces cholesterol, and the prospects of getting heart disease and colon cancer.

this essential vitamin is a constituent of Jicama that supports your nerves and brain, produces red blood cells, and converts protein into energy.

Jicama contains vitamin C, which boosts up your immune system that defends your body against microorganisms. Vitamin C is also suitable for skin and eyes and reduces your body’s inflammation, leading to arthritis and other illnesses.

Jicama has numerous antioxidants that reduce cell damage. An adequate number of antioxidants is associated with a lesser risk of diabetes, heart diseases, cancer, and cognitive decline.

Jicama consists of 85% of water. So you can use it to stay hydrated when it’s hot outside.

Jicama is a secure snack if you are observing your insulin and blood glucose. it contains carbs, but produces a lower glycemic load that means your blood glucose levels aren’t significantly affected. 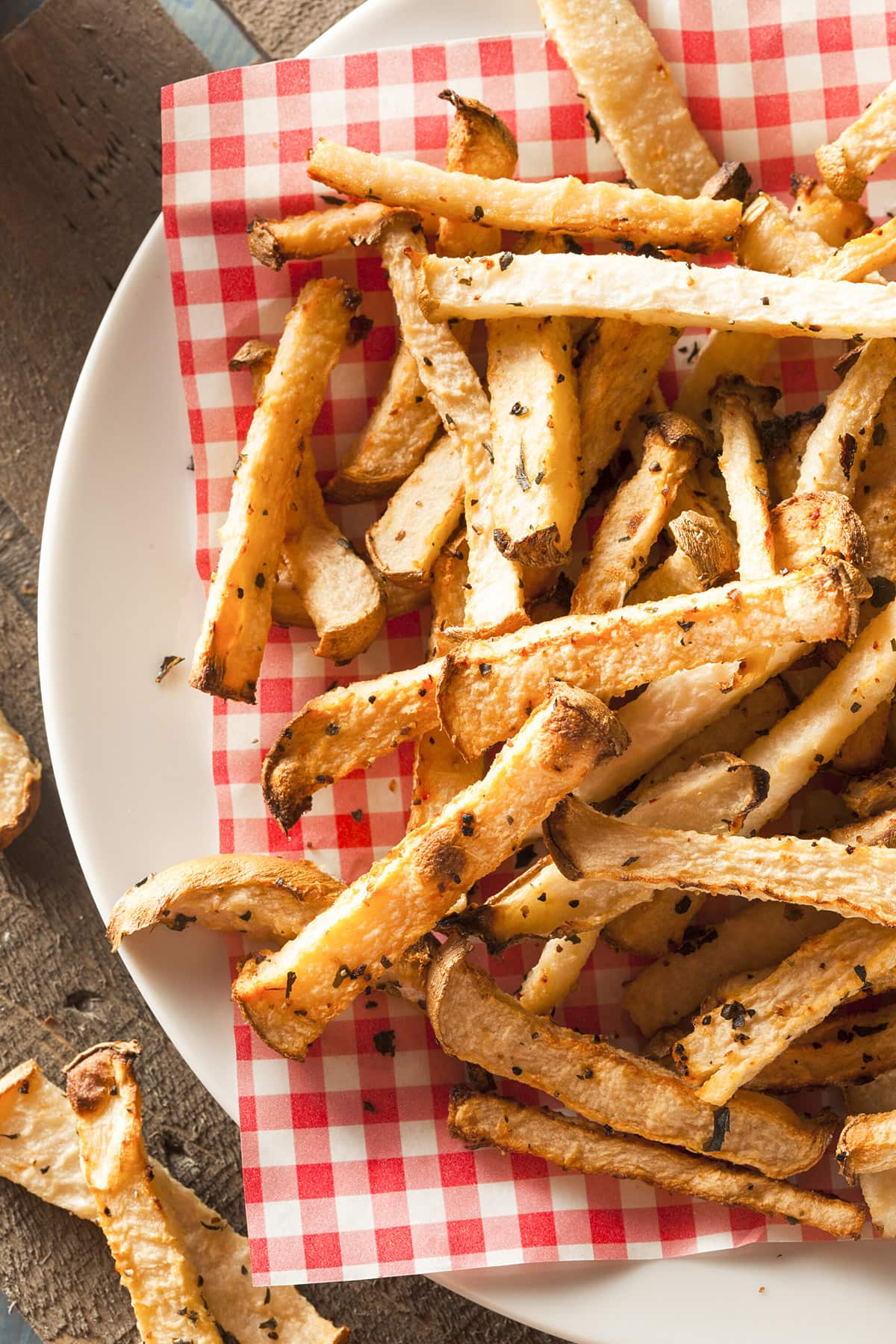 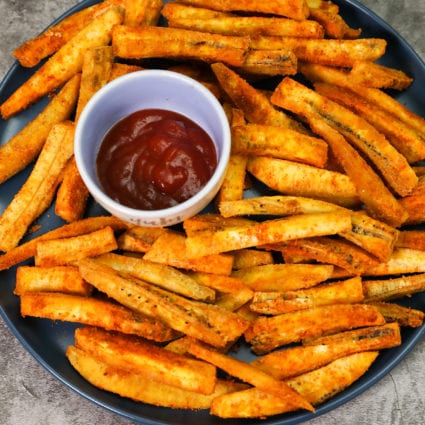 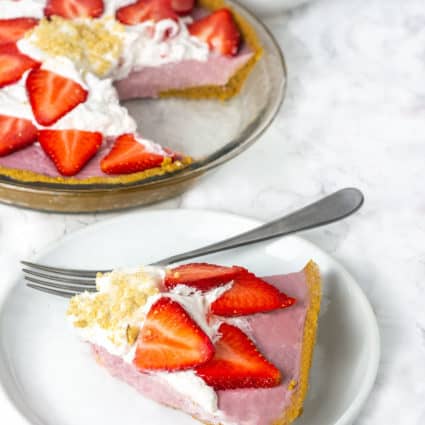 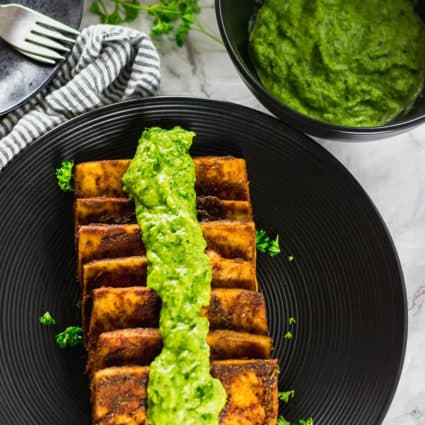