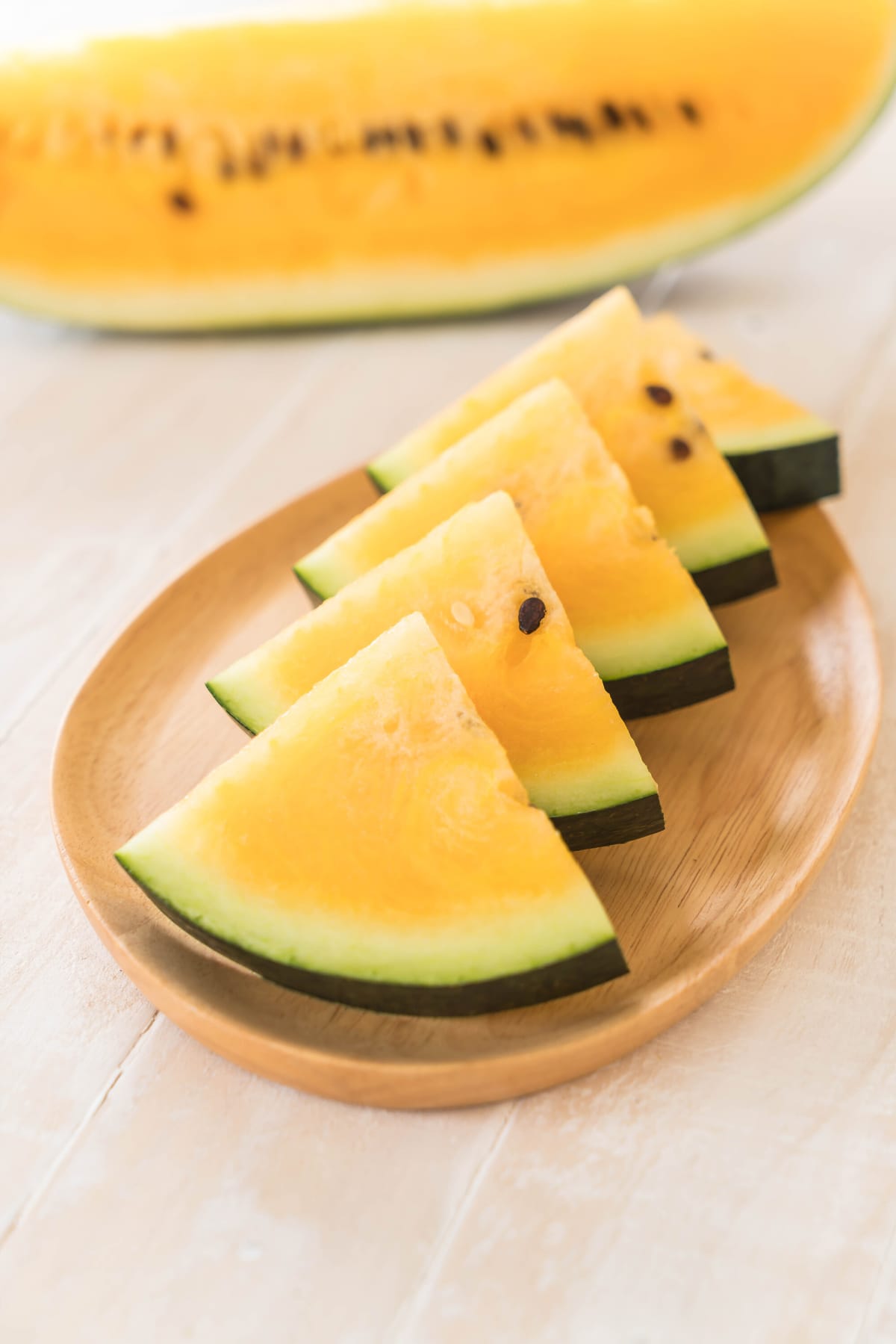 If you are looking for a sweet and refreshing low-calorie snack, watermelons are the best option. They can fulfill many of the basic nutrient requirements of your body including minerals, essential ions, and vitamins.

You will also love How To Cut Watermelon and Can Dogs Eat Watermelon?

What are yellow watermelons?

You cannot differentiate between the traditional pink and yellow watermelons by just looking at the skin. Their skin is the same outside having striped green rind. The color variation that appears inside is due to lycopene. Lycopene contributes to the pink color formation, which is an antioxidant and is also responsible for the reddish-pink coloration of tomatoes and grapefruits. 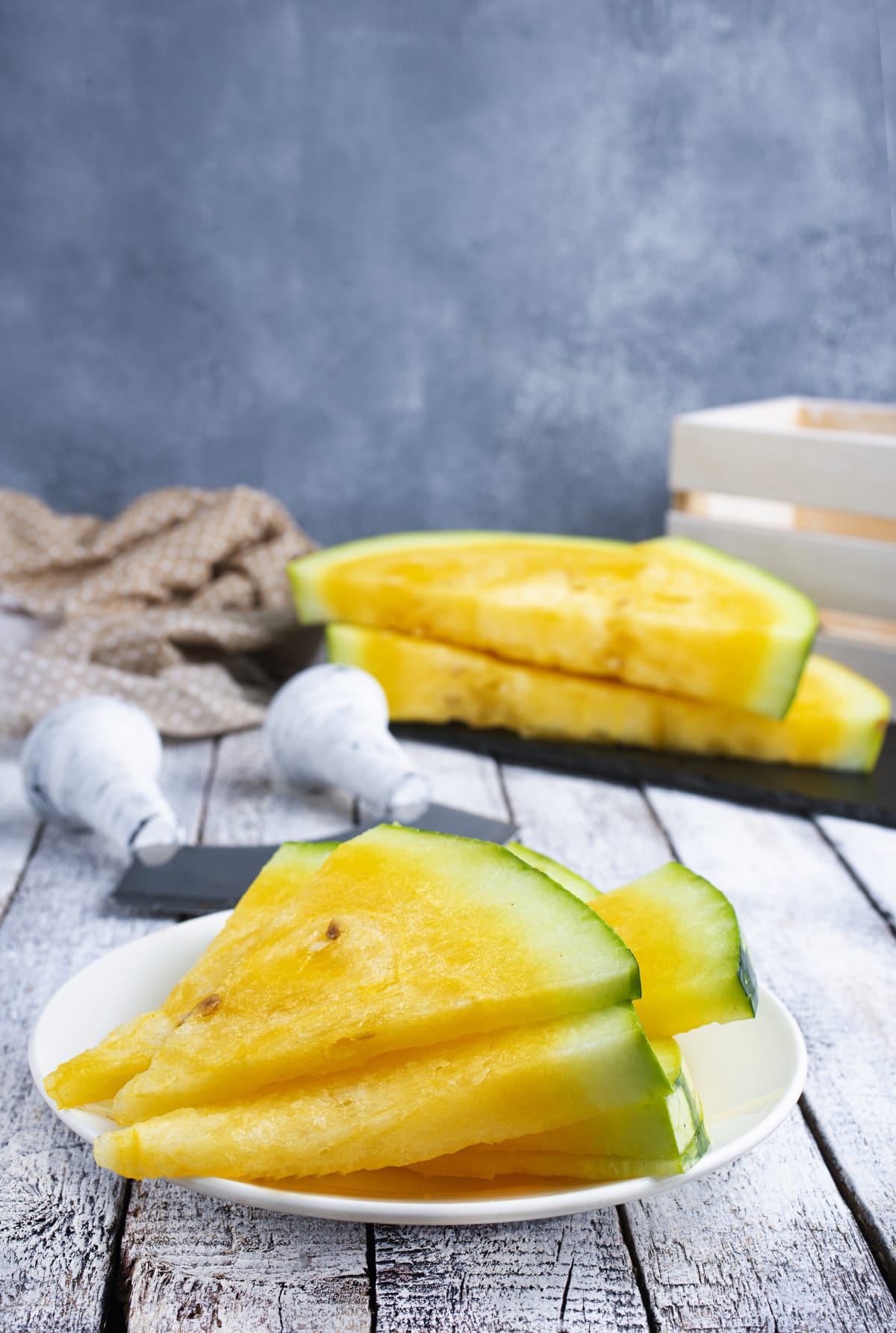 If the taste of pink and yellow watermelons is compared, the yellow watermelons have a much sweeter taste as compared to the pink one and have a honey-like flavor. Both the varieties come in seeded and seedless fruits (results of parthenocarpy), and can be incorporated into different cuisines.

Yellow watermelons vary in size and are smaller as compared to the pink variety. The shape varies from oval to oblong and has a thick, hardcover, and the flesh range from pale yellow to gold color. Yellow watermelons have subtle notes of sweet taste that match apricot and honey.

Yellow crimson watermelons are an identical copy of the pink watermelons and possess the same-looking rind. They have a hard, dark green, striped rind with juicy yellow flesh. They have large black-colored seeds and their plant can grow up to 12 inches with a canopy of about 5 feet.

Yellow doll watermelons have a thin rind that is striped and the flesh is bright lemon-yellow. They have a very sweet and pleasing taste with a crispy, dense structure. their average size is up to 3kg and is early maturing watermelons.

Yellow buttercup watermelon is one of the best yellow-fleshed variants of watermelons and possesses a perfectly round shape. It nearly weighs around 16 pounds and has flavorful bright yellow flesh with dense crisp and high sugar content, which is so delicious.

This typical variety of yellow watermelon produces fruit that weighs around 20 pounds. It has a light pea-green rind that resists it from sun burning. It is a drought-resistant variety and can be grown in areas with low availability of soil water.

The flesh of this watermelon has a sweet taste and is yellow and is very popular in the area of Arkansas. It can be stored, so is considered good to deal with droughts.

Yellow petite watermelons are also known as a heirloom variety of yellow watermelons. Heirlooms have such a great variety of aromatic and sweet watermelons. Many of them are perfect small size watermelons and are referred to as “iceboxes”. They can easily fit in your refrigerator and are good for summertime snacking. They have a short maturing period and matures in just 2 months. 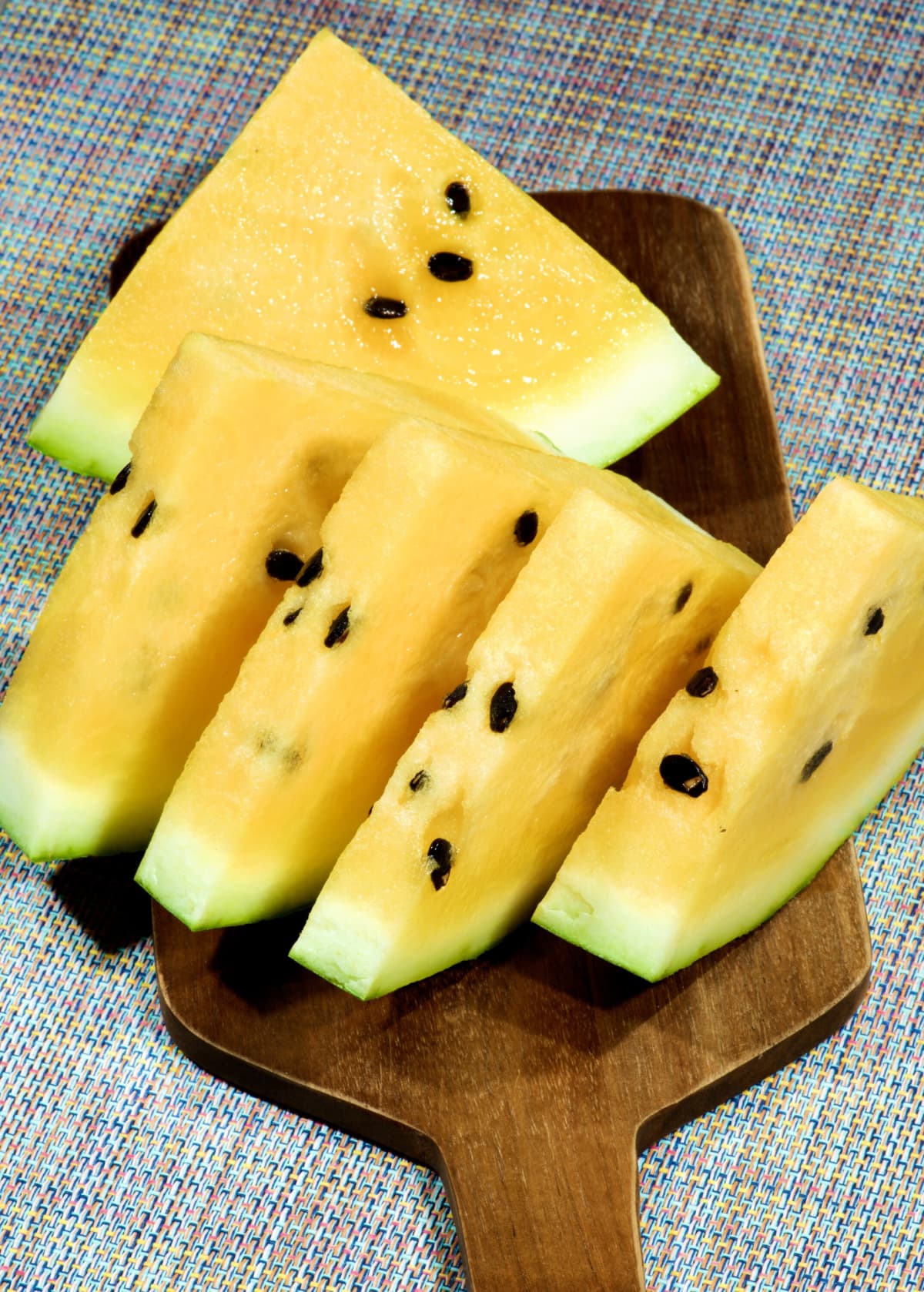 Yellow watermelons have anti-inflammatory activity and can boost your immune system. The fruit has all the essential nutrients including minerals like potassium that helps to balance the osmotic fluids of the body. Magnesium found in yellow watermelons helps to regulate your blood pressure. If the nutritional content is considered, yellow watermelons amounts to 46 calories per cup and serves as a wonderful snack.

Yellow watermelons are used in snacks, smoothies or can be added as a topping to salads. The juice of yellow watermelons is very nutritious and refreshing and can retain the original yellow color with the typical flavor. Yellow watermelons help to detoxify the body and also helps to prevent bloating. Bloating is the situation when your belly feels swollen after eating something. This occurs due to the accumulation of gas in the belly that disturbs the movement of muscles of your GI tract.

Yellow watermelons not only prevent you from bloating, but the high water content found in them also keeps your body hydrated for the whole day. There are a lot of recipe options you can make with these nutritious watermelons that include watermelon lemonade, salad, whip, smoothies, juices, and many more. 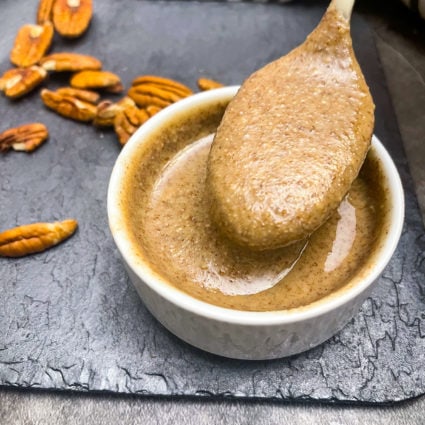 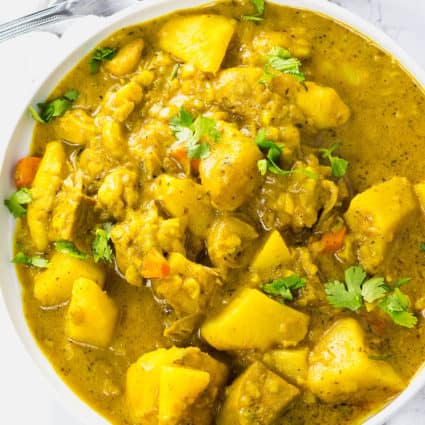 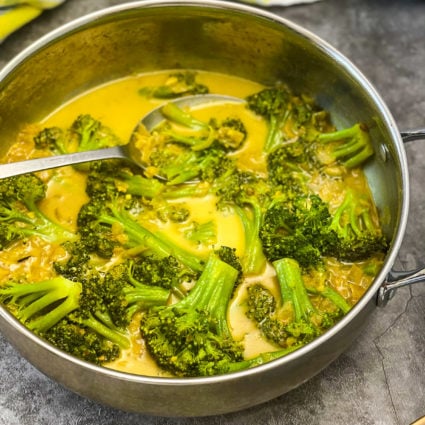