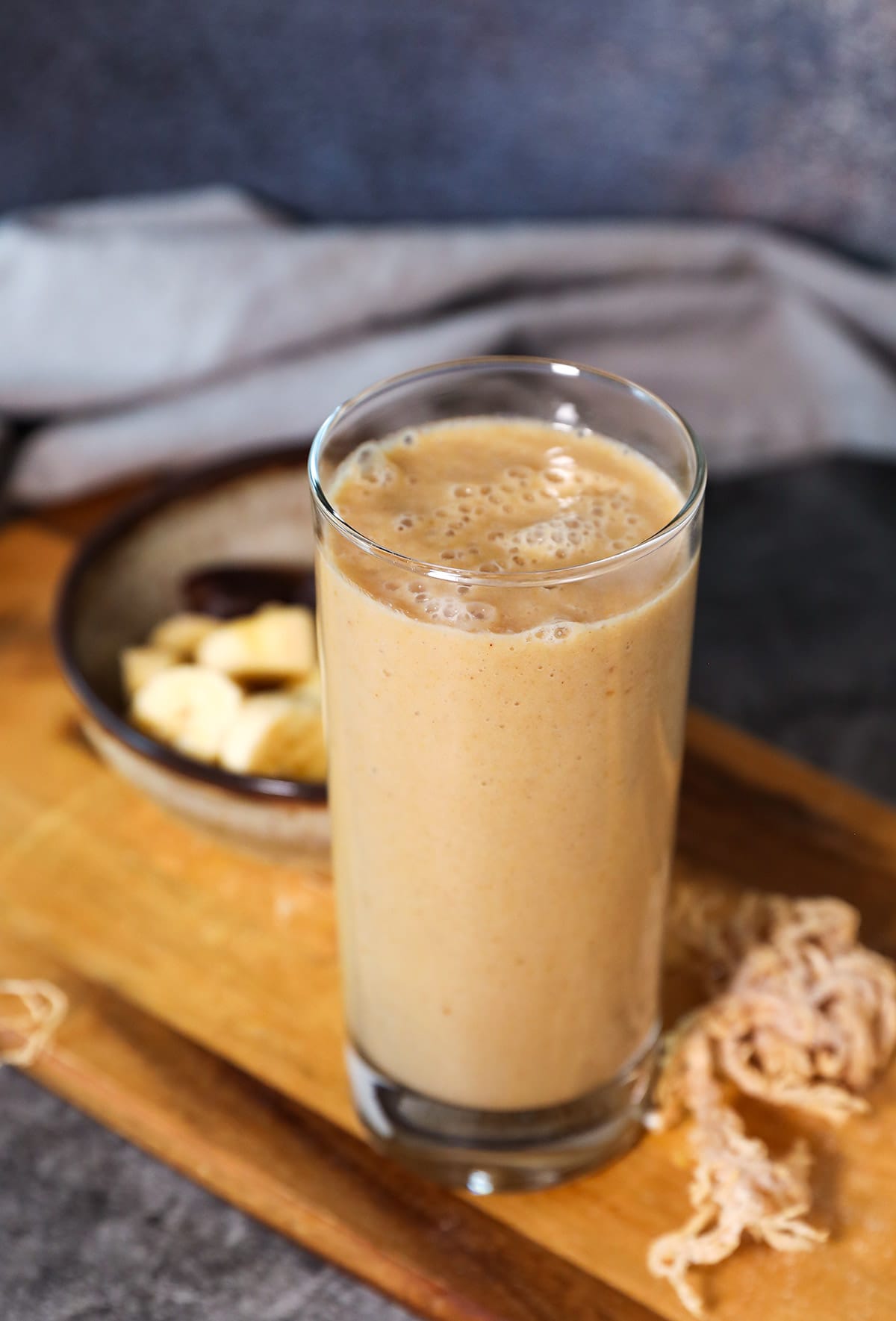 Has the term “sea moss” ever come up in your discussion? It’s rapidly becoming the health industry’s next big thing. If you’ve heard of sea moss supplements, you are probably wondering how they work and what are other ways to consume sea moss.

Learn more about Dr. Sebi Food List and What Is An Alkaline Diet. 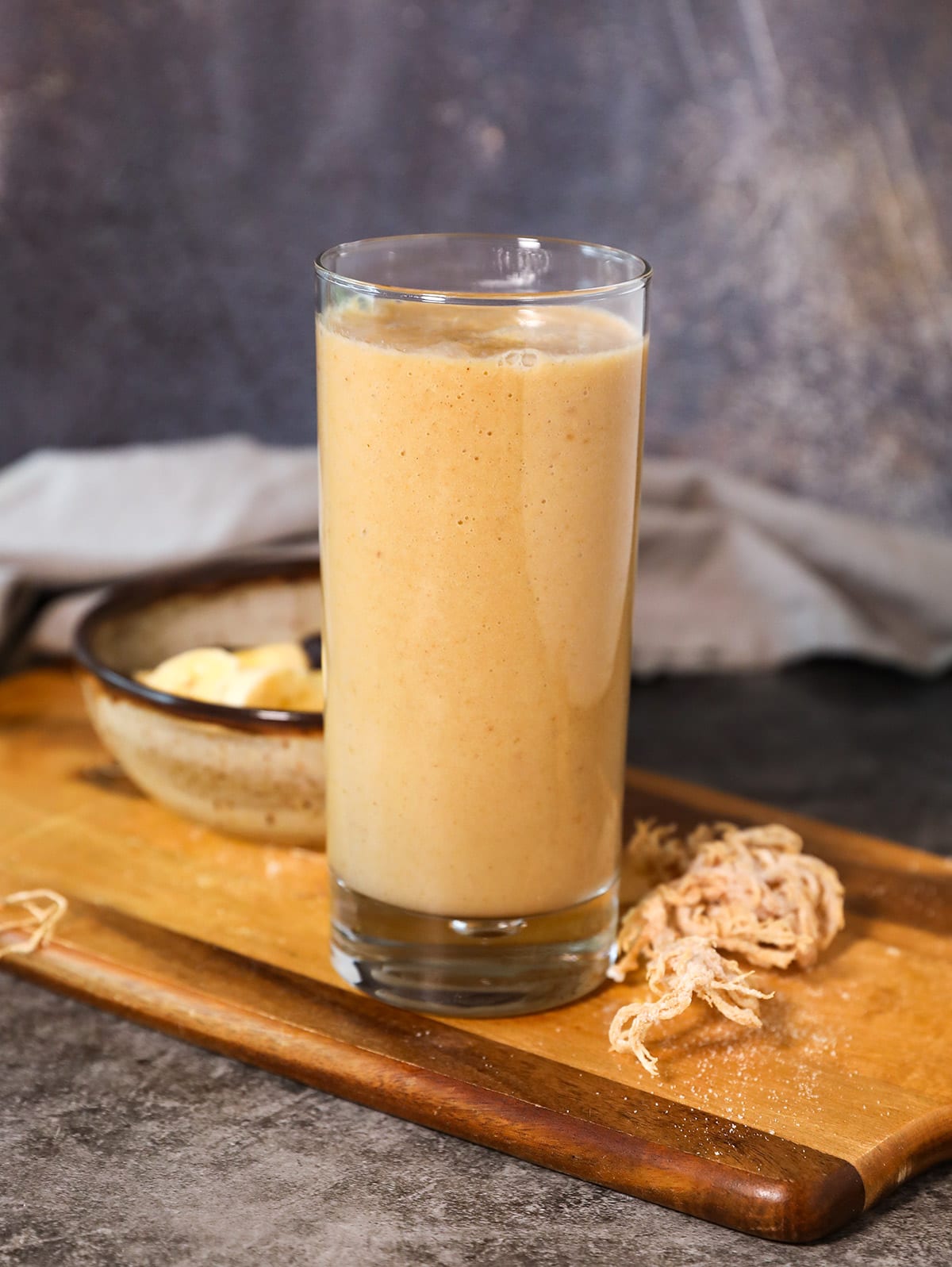 What Is Sea Moss?

Sea moss, also called Irish moss or red seaweed, grows in tide pools and inlets throughout the year. It is frequently harvested in New England for its gelatinous carbohydrate carrageenan, used in baking and cosmetics.

On the other hand, sea moss is edible on its own and is commonly used to thicken stews and soups.  It’s also used in ice cream or other processed foods as a thickening as well as a stabilizing agent. Irish moss is also an excellent vegetarian and vegan substitute for gelatin in dishes and beverages. Additionally, it is used to manufacture lotions and moisturizers, owing to its extensive medicinal properties.

Sea moss is available in various colors, including brown, yellow, green, purple, red, and black. The most common red type that grows in warmer waters is known as Irish moss.

Sea moss has a low calorie and fat content and contains a trace of protein. It is a good source of vitamins and minerals, as well as iodine and antioxidants.

Studies on seaweed and algae’s health benefits outnumber those on sea moss. Sea moss grows in similar environments, so some of these health benefits may also be implemented. However, more research on the effects of sea moss is needed.

The following are some of the most important potential advantages of using sea moss:

A study with worms found that sea moss extract decreased the accumulation of -synuclein and decreased slowness of movement and stiffness.

Supplemental seaweed was found to improve immune modulation and response in salmon in one study. However, scientists need to conduct additional research to determine whether it also promotes human immunity.

Seaweeds are a good source of iodine, a micronutrient required for normal thyroid function. As sea moss is also an excellent natural source of iodine like other seaweeds, it is beneficial for thyroid health.

Seaweeds are high in live bacteria and fiber, both of which lead to a healthier gut microbiome.

According to some studies, seaweed lowers LDL cholesterol, thinning blood, and potentially lowering the risk of cardiac disease.

May Help In Weight Loss

Seaweed and microalgae are high in fiber, which can help you feel satisfied and avoid overeating. In addition, fucoxanthin, a compound found in seaweed, has been shown to improve rats’ fat metabolism.

Some people believe that sea moss aids fertility in both men and women and utilizes it as a form of traditional fertility treatment. However, there is no scientific evidence to support this claim. Therefore, scientists must conduct additional research into this.

Fucoxanthin, a compound found in seaweed, was effective at lowering blood sugar levels in one study. Another study discovered that a seaweed compound called alginate protected pigs from experiencing blood sugar spikes.

More Does Not Necessarily Imply Better

While sea moss has several beneficial properties, excessive amounts can cause problems. If taken in excess, it may have a detrimental effect on your health. So try to take it in moderation. The recommended daily quantity of sea moss gel is 1-2 tbsp or 4–8 grams.

To make this rich, creamy, and dairy-free smoothie, you need four simple ingredients: sea moss gel (you can buy this easily online or from any grocery store, or you can make it at home following the directions including in recipe notes below), to make it vegan I’ve used almond milk instead of regular milk, for natural sweetness I’ve used dates and figs instead of regular sugar. 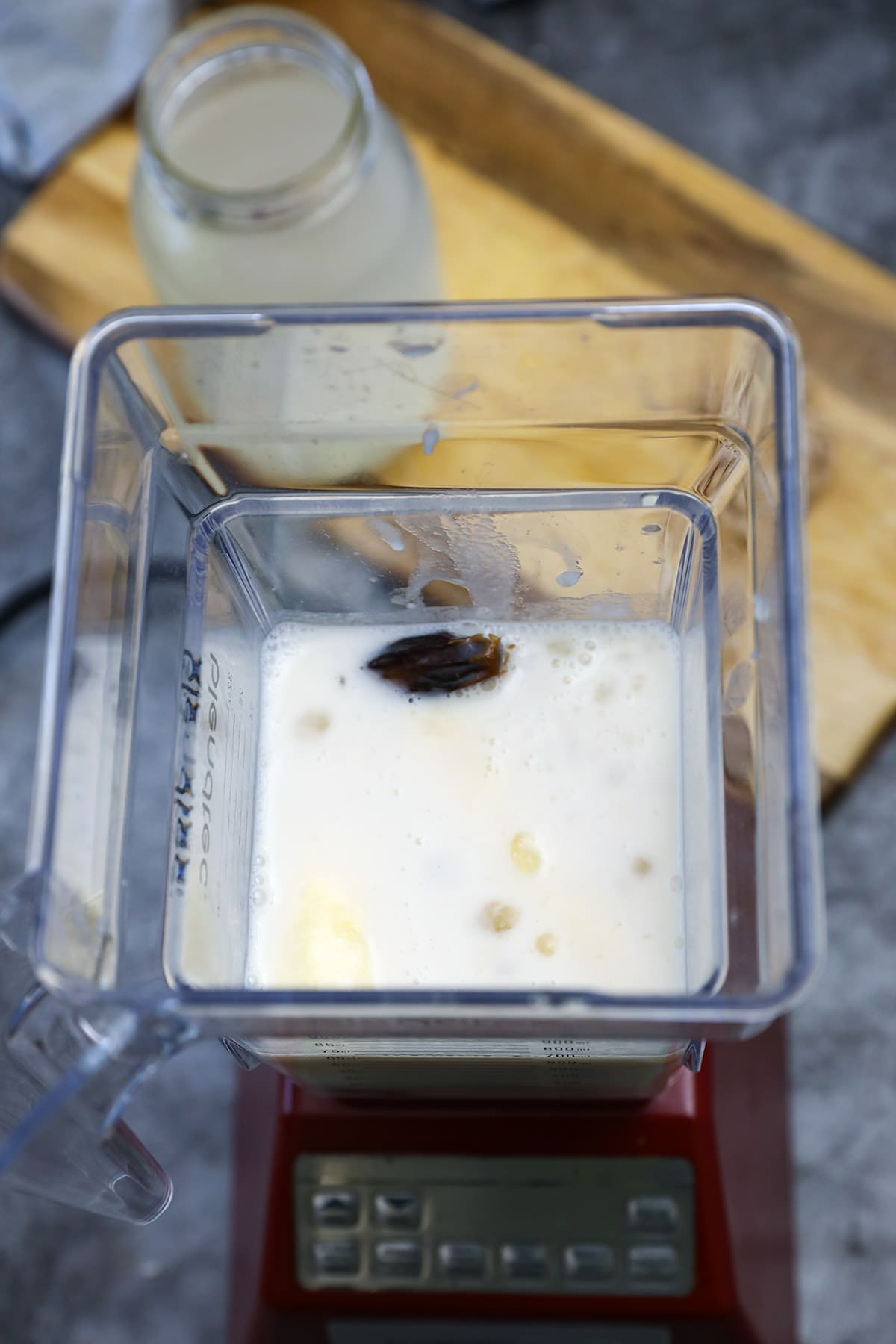 Place ingredients in a high-speed blender and process until smooth.  Transfer to a glass and serve immediately.

Click on the link below to prepare your own Sea Moss Gel.

So, the next time you’re looking for a new way to spice up your routine, consider incorporating some Irish Sea moss! It’ll boost your nutrient intake and change things up a bit. Have fun blending!

If you try this recipe, please let me know by commenting below how it turns out! 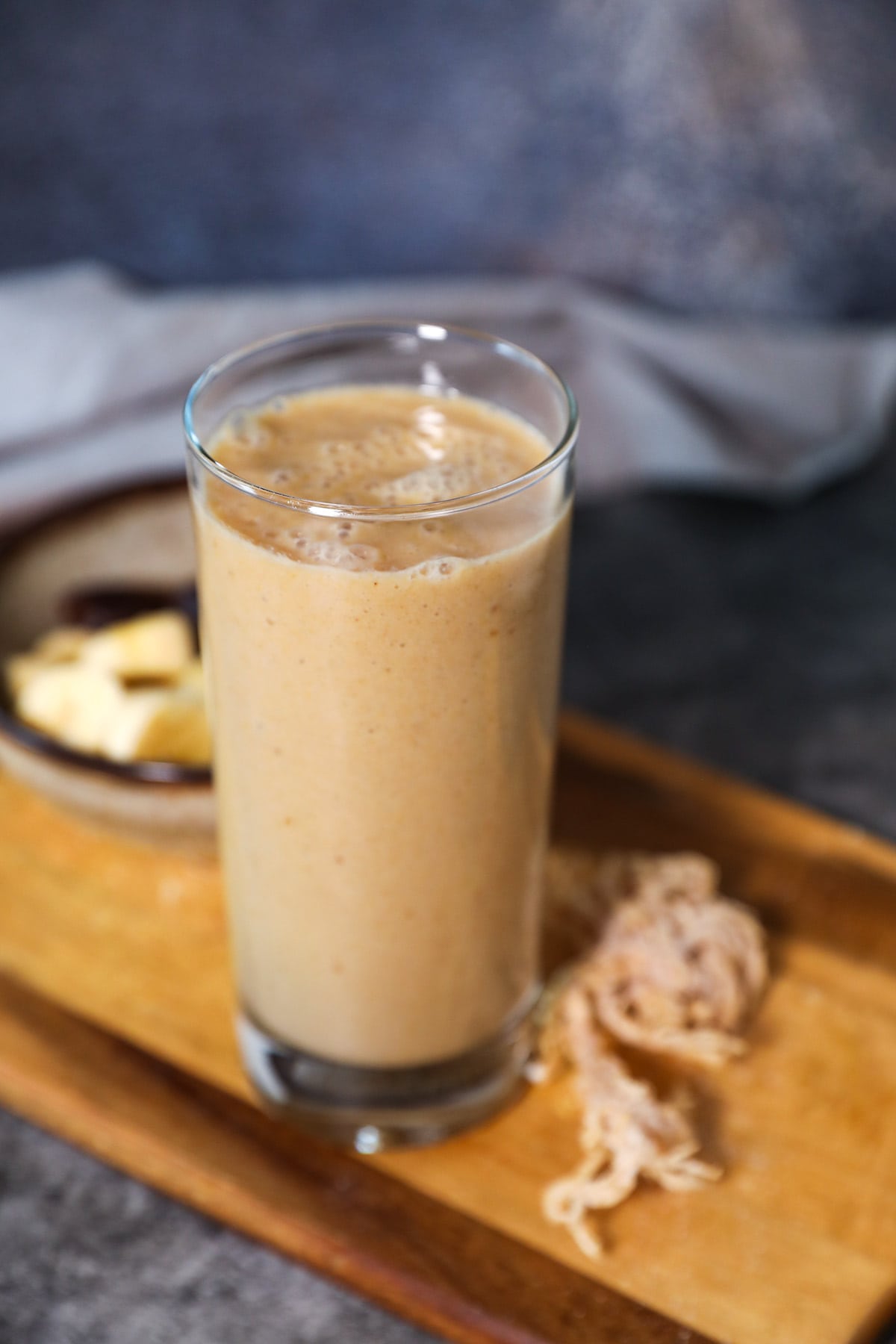 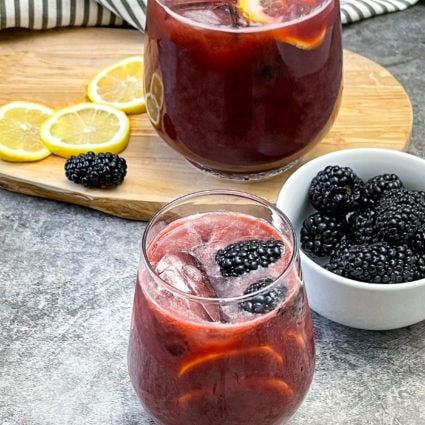 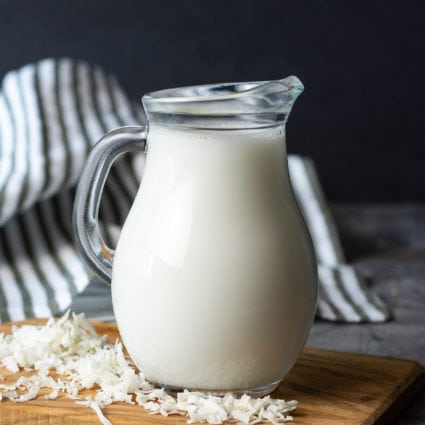 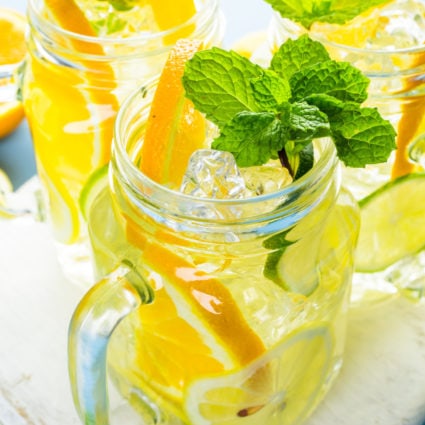