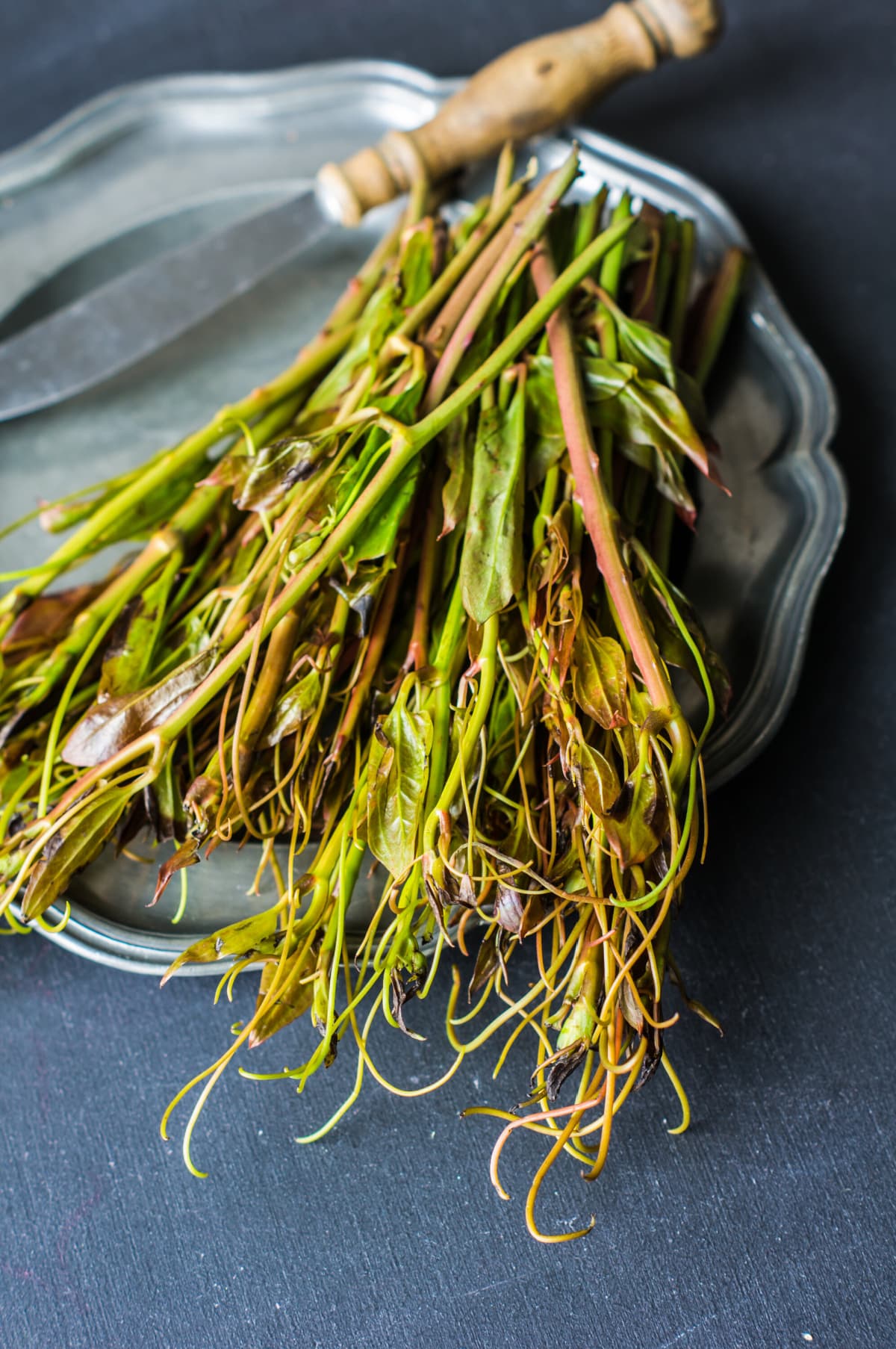 Sarsaparilla root is a globally popular herb due to its medicinal properties. It has been used on a large scale to treat gonorrhea, open wounds, gout, arthritis, cough, fever, pain, and even certain forms of cancer.

Some other health conditions have also been treated with the help of sarsaparilla root. Some tribal people used this root to treat leprosy by ingesting or using it externally. Europeans used sarsaparilla root to facilitate urination and sweating as well as to purify the blood.

People also use sarsaparilla root for skin, kidney, sexually transmitted diseases, arthritis, and many other conditions. In manufacturing, sarsaparilla is used as a flavoring agent for beverages and pharmaceuticals.

These days, many false sarsaparillas are rounding around the world, like German Sarsaparilla or Indian or false Sarsaparilla.

However, all of these types of Sarsaparilla do not contain any active beneficial components found in the true sarsaparilla.

What is sarsaparilla root?

Sarsaparilla is a tropical plant native to South America, Mexico, Honduras, Jamaica, the Caribbean, and West Indies. It belongs to the genus Smilax. The woody, climbing vine grows deep down the canopy of the rainforest.

The scientific name of this plant is Smilax Regelii, which can grow in many different forms, including shrubs, deciduoustrees, and hanging vines.

This plant typically has clusters of purple or red berries. There are different colors of berries of sarsaparilla, like purple-blue, lustrous black, and red.

Many species of Smilax fall into other categories of sarsaparilla like:

The root of the sarsaparilla plant has been used for centuries for treating joints, arthritis, and other healing problems like eczema, psoriasis, and dermatitis.

This root was also considered very effective in curing Hansen’s diseases or leprosy because of its purifying property.

Later, sarsaparilla was introduced into European medicine and registered as a herb in United States Pharmacopeia to treat syphilis.

Sarsaparilla root benefits for treating psoriasis were documented decades ago. According to a study (Di, 2016), Sarsaparilla improves skin lesions in people suffering from psoriasis.

The research hypothesized that sarsaparilla is one of the main steroids called sarsaponin. This steroid can bind to endotoxins, which are responsible for the lesions in psoriasis patients, and remove them from the body.

Moreover, the antibacterial and anti-inflammatory properties of sarsaparilla also make it very effective for treating eczema, bits, minor wounds, psoriasis, and rashes. Sarsaparilla root is also used for other skin problems like dry skin and itchiness. 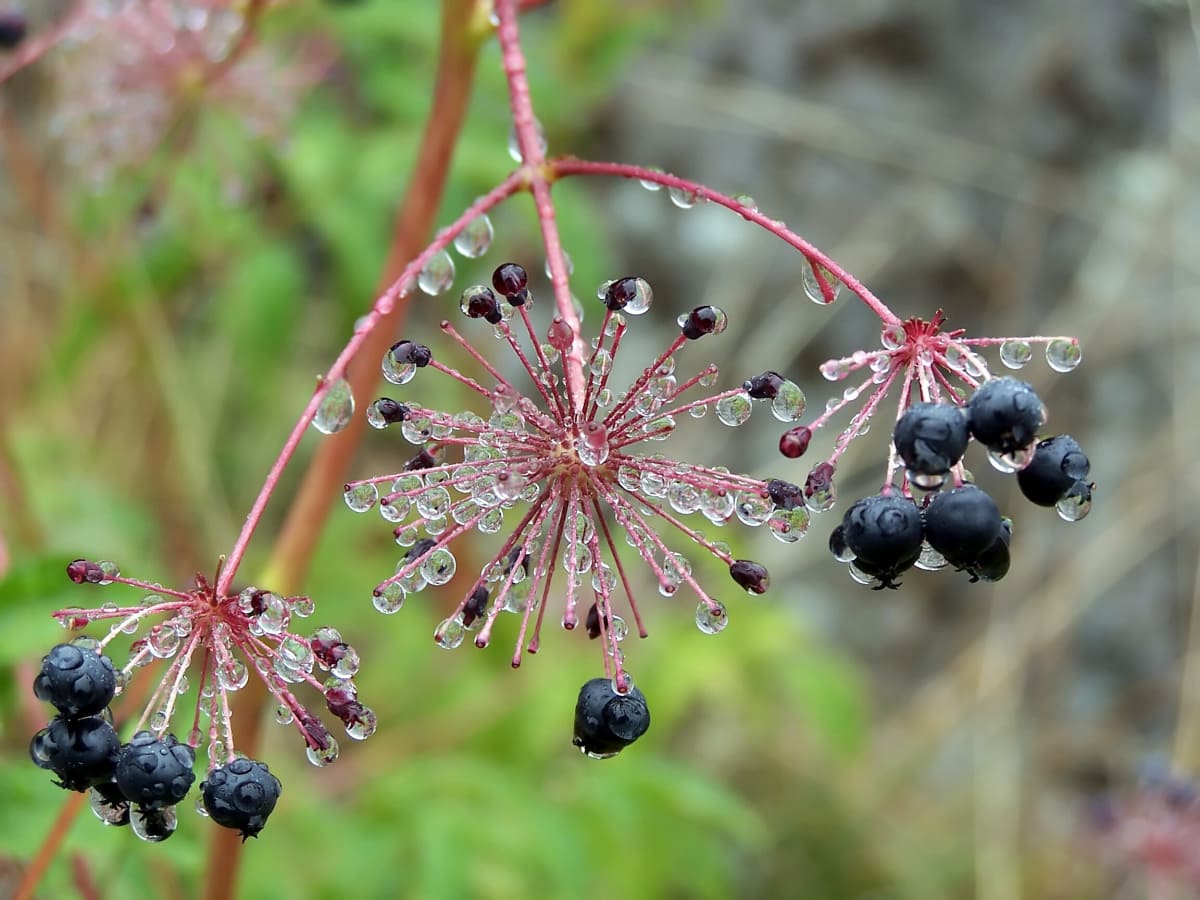 Sarsaparilla root contains various compounds like parillin, saponins, and other flavonoids, which can help reduce pain and discomfort related to these medical conditions.

Any inflammatory issues like gout, arthritis or even aching muscles and joints can be treated with the help of active ingredients present in the Sarsaparilla herb.

Sarsaparilla has also been shown a great positive activity against harmful bacteria and other microorganisms that can cause harm to the human body.

Though it may not work as powerfully as modern antifungal and antibiotics medicines, it has been used for centuries to treat serious medical conditions like syphilis and Hansen’s disease.

The antimicrobial activity of sarsaparilla root has been documented for centuries and also in recent studies.

One paper (Shuo Xu, 2013) looked at the activity of almost 60 different phenolic compounds obtained from sarsaparilla.

Various studies have shown the anticancer of sarsaparilla root. One preclinical study (Wang, 2015) of patients suffering from breast cancer and liver cancer showed the antitumor properties of the sarsaparilla.

But, more research is needed in order to confirm whether sarsaparilla can be used effectively for the prevention or treatment of cancer.

This property of sarsaparilla is due to the presence of antioxidants in the roots and extract of this plant which is very helpful for treating cancer.

Moreover, the high concentration of natural steroids and saponins present with sarsaparilla root reduces the spread and multiplication of the cancerous cells.

Antioxidants present within it neutralize free radicals and cancer-causing products of cellular respiration.

Sarsaparilla has also been researched for its effect on protecting the liver.

One study of rats with damaged liver found out that sarsaparilla root contains compounds rich in flavonoids and can reverse liver damage and help improve liver function to its best.

The natural antibacterial properties of sarsaparilla root can increase the strength of the human immune system.

Sarsaparilla root has been used for centuries to treat coughs and colds and cure symptoms like cough, fever, and respiratory difficulties. This is because it can boost the functioning of the immune system.

Sarsaparilla tea and supplements are also used to treat common flu and cold symptoms, eliminating the mucus build-up in the respiratory system and sinus.

It also has antioxidants and anti-inflammatory properties, which help loosen mucus and phlegm and allow it to pass through the body more easily.

Sarsaparilla root has been from ancient times to increase the libido in men and fertility in women.

Some of the organic compounds which are present within the root extract of the sarsaparilla can increase the blood flow and motility of the sperms. That’s why it is very effective in increasing the chances of conception and improving sex life.

Sarsaparilla also has diuretic properties, which means it can enhance the production of urine and promote sweating.

It also reduces any kind of build-up or puffiness and swelling. Sarsaparilla’s detox process helps prevent bacterial cells from damaging the bloodstream.

Certain studies show the anti-inflammatory properties of the Sarsaparilla root. This means this herb can be very effective in controlling inflammatory diseases like rheumatoid arthritis and hepatitis.

According to a study (Chuan – Li L, 2015) two extracts of the sarsaparilla plant were able to suppress different causes of inflammation, including interleukin-6, tumor necrosis factor-alpha, and nitric oxide.

Moreover, a journal, “Steroid,” published a paper that suggested different anti-inflammatory activities of the sarsaparilla in laboratory settings.

However this work is in its early stages, but the body of research is growing, and more part of it agrees with the results.

Chinese researchers (Wang M, 2016), have looked at the potential benefits of the astilbin, which was derived from the Chinese sarsaparilla, which shows its effectiveness in improving kidney function.

This is because the antioxidant, astilbin, has the ability to reduce oxidative stress, which is associated with the free radicals and nitric oxide harmful to the kidney. So, that’s why this antioxidant can help in improving kidney function.

Moreover, the traditional detoxifying effect of the sarsaparilla root also supports the claim that this herb improves kidney function.

It has the ability to detoxify the bloodstream and also reduce the risk of any kind of urinary tract infection or disorder.

However, it is important to be careful with any kind of product or herb which claims to have a detoxifying effect. Detox is not recommended by medical science to people without any severe kidney or liver disease.

Keep in mind that sarsaparilla root has not been studied for all of these medical conditions. Some of these uses have limited evidence. So, it is important to consult your doctor before starting any medication. 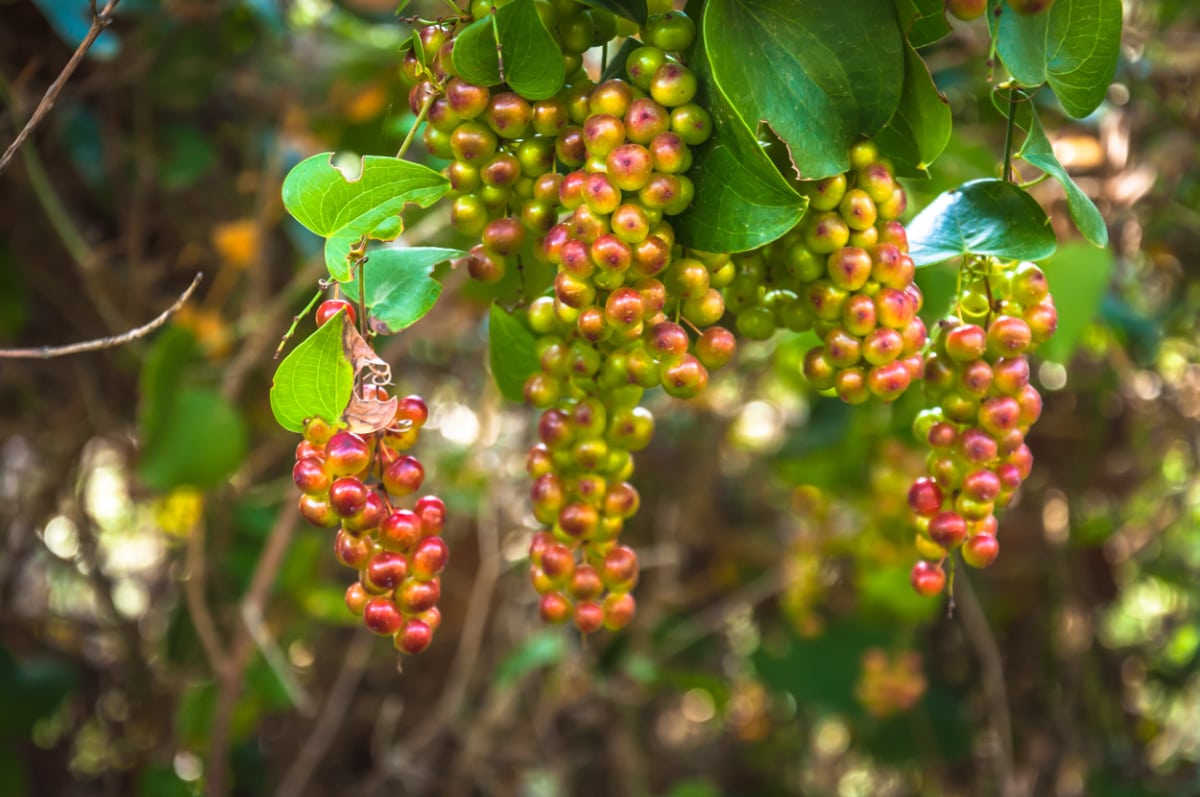 How to use sarsaparilla root?

It is easily available in supermarkets and food stores if you are looking for a good sarsaparilla. You can also buy it from the local markets or online.

Not only traditionally beneficial sarsaparilla roots are used to treat different diseases, but sarsaparilla supplements are also very famous.

These supplements come in different forms, including capsules, tablets, powder forms, and capsules.

But use caution while buying such kinds of products, especially online, because they are not approved by the FDA.

No doubt, taking sarsaparilla root or sarsaparilla supplements can provide numerous benefits, but the excessive intake of this herb can lead to some serious side effects, including allergies and stomach issues.

Moreover, these herbs and supplements are also not safe for pregnant and breastfeeding women. So, always consult your doctor before making any changes to your diet.

Interaction with other medications:

Sarsaparilla root supplements can interact with some medicines if taken in combination:

So, if you are on any of these medications, consult your doctor first before adding Sarsaparilla into your diet.

The proper dosage of sarsaparilla depends upon the users’ health, gender, age, and other medical conditions.

At this time, there is not much scientific information available that can determine the proper dose of sarsaparilla root.

Just keep in mind that if the product is natural, it does not mean it is safe to use; natural products also have some side effects.

So, make sure to follow all the instructions present on the product or consult your healthcare provider before using these.

The sarsaparilla root has been used for centuries in medicines and home remedies due to its benefits and phytochemicals.

These phytochemicals present within the root of the sarsaparilla plant show anti-inflammatory, antimicrobial, anticancer, and skin healing effects.

Sarsaparilla root and its supplements are considered safe for most people, but there is not much evidence of this herb curing cancer and other diseases.

But if you want to take sarsaparilla root, try to consult your doctor because this herb can be effective for some health conditions, but it may not be helpful. 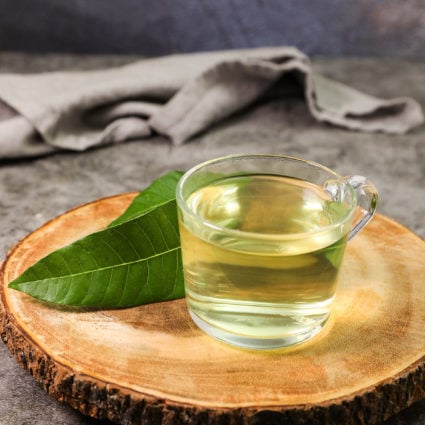 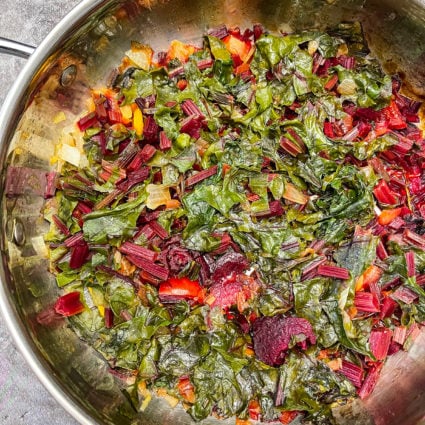 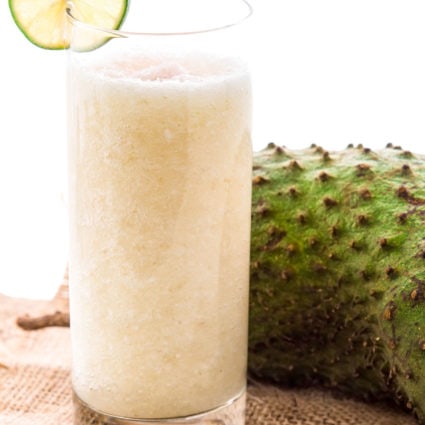