Home → Resources → What is The Difference Between Vegan And Vegetarian

What is The Difference Between Vegan And Vegetarian

Vegetarian and vegan diets continue to increase in popularity due to their profound effects on overall health. In this age where obesity-related diseases such as heart disease, type 2 diabetes, high blood pressure, and cancer, are out of control, more and more people are leaning towards a plant-based diet. To clear up the confusion, this article explains everything you need to know about vegan and vegetarianism

Also, see What’s The Difference Between plant based and vegan. Who is a Vegan?

According to the vegan society, a vegan is someone that avoids and dissociates from any form of animal exploitation for food, clothing, or any other purpose and alternatively promotes an animal-free lifestyle for the benefits of humans, animals, and the environment.

A vegan also avoids any products that have been tested or tried on animals, including food, makeup, bathroom items, cosmetics, etc.

In essence, a vegan is a person who abstains from eating or using any animal products, including dairy, eggs, fish, honey, and other animal-derived foodstuffs and products. They may also choose not to use any animal-derived clothing items or accessories, such as leather or silk.

There are many reasons why someone may choose a vegan diet, including protecting the environment, helping animals, and for health reasons. Vegans cut back on their saturated fats and cholesterol intake, which are high in animal products. This reduces the risk of heart disease, lowers the risk of type 2 diabetes, and improves overall health.

Who is a vegetarian?

According to the Vegetarian Society, a vegetarian is someone who lives on a diet of plant-based foods and doesn’t eat meat, poultry, and seafood, but their diets may or may not include animal byproducts that do not involve animal slaughter, such as eggs, dairy, and honey.

Unlike vegans, a vegetarian excludes fish and meat from their diet but can consume eggs and dairy. Some people choose to be vegetarians because they are trying to lose weight, get healthier, have concerns about animal cruelty and killing animals for food, or for religious reasons.
Even though the word vegetarian might bring to mind someone who eats nothing but plant foods, different vegetarian diets allow different kinds of foods.

Whether you’re considering a vegetarian diet because of health concerns, ethical reasons, or both, it’s important to understand the different types of vegetarian diets and how each one will affect your health and lifestyle.

And if looking to cut back on meat consumption or adopt a vegetarian diet altogether, this guide will help you decide which type is right for you and your lifestyle.

In general, vegetarians vary depending on which food they include or exclude in their diet. These variations may include:

These are also referred to as Ovo-Lacto vegetarian.

The word Lacto comes from lactose, a Latin word for milk, while Ovo means egg.

A Lacto-Ovo vegetarian eats plant foods and animal products like dairy, eggs, and honey but excludes meat, poultry, and seafood from their diet.

This is the most common and the most popular form of vegetarianism.

People who choose this diet want to be mainly vegetarian but not all-out vegan.

A Lacto-vegetarian eats a plant-based diet but doesn’t eat meat, poultry, and seafood as well as eggs or any food containing eggs.

However, they consume dairy products such as milk, cheese, yogurt, and butter.

An Ovo vegetarian eats plant foods but excludes meat, poultry, and seafood as well as dairy products such as milk, cheese, and yogurt.

They, however, can consume eggs and any food containing them. 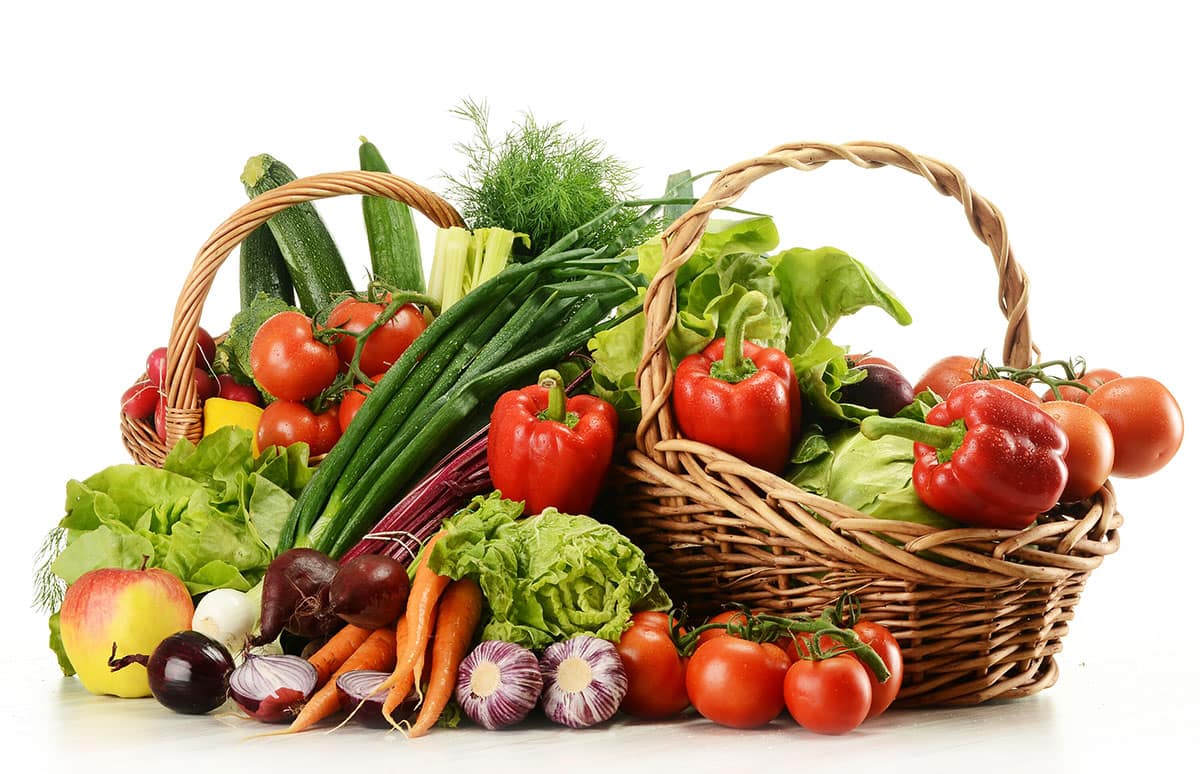 Yes, veganism is a sub-category of vegetarianism. And as mentioned earlier, a vegan is someone who avoids all kinds of animal flesh and all meat byproducts and all animal-derived products regardless of whether it’s a product of animal slaughter or not, such as dairy and eggs. Vegans also don’t consume honey. Their diet consists wholly of vegetables, fruits, grains, seeds, and nuts.

Veganism is the most restrictive and strictest form of vegetarianism. It takes vegetarianism a step further by limiting food options, cutting out all animal products, and bringing in an ethical stance. It recognizes animal rights and excludes practices that constitute the exploitation and cruelty of animals.

Many vegans seek a lifestyle that abstains from animal products. Again, they avoid all things that use animal products, such as leather goods, wool, silk, and any cosmetic products that involve animal testing.
So vegan is a type of vegetarian, but not all vegetarians are vegan. 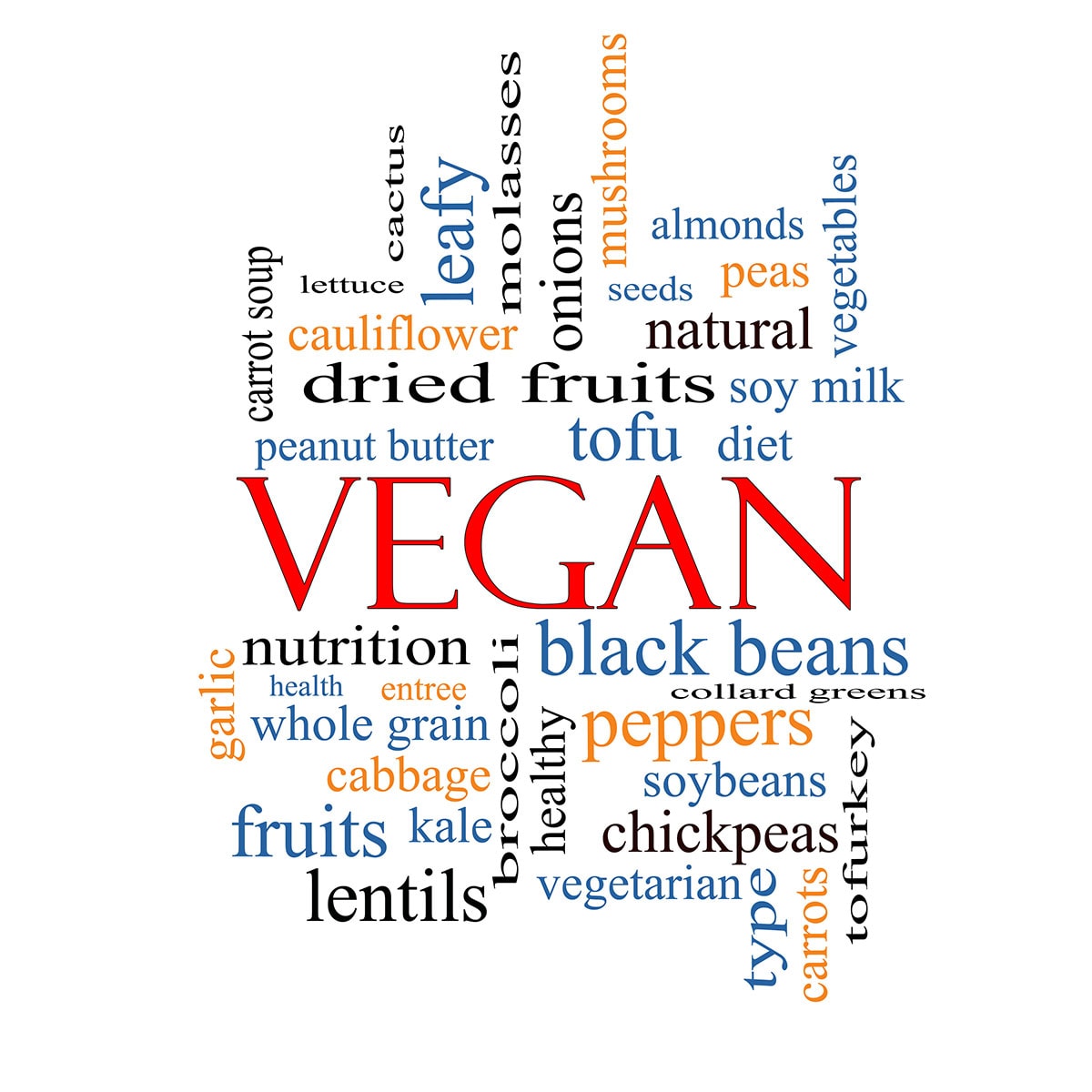 Other forms that people mistake for vegetarian

Having looked at the various forms of vegetarianism, what of those individuals who call themselves vegetarian but eat chicken and fish? Are they vegetarian?

Technically, these people can’t be considered vegetarians because their diet includes animal meat and goes against the core definition of what a vegetarian is.

A flexitarian is someone who eats a primarily vegetarian diet but may include meat and other animal products occasionally or on a limited basis.

They have almost an entirely plant-based diet but eat all kinds of meat when they feel like it.

This diet offers flexibility for those who like to center their diet on vegetarian-based but are hesitant to give up their meat consumption.

It’s also a practical way for those who want to cut down on their meat intake to improve their health.

A Pescatarian diet is mostly plant-based but includes seafood such as fish as a source of protein.

They may or may not include eggs and dairy in their diet.

This kind of diet is ideal for those who love seafood and don’t want to lose the nutritional benefits of eating them.

A Pollotarian is someone who eats a plant-based diet but restricts their meat consumption to poultry such as chicken and turkey.

Like pescatarians, they may or may not include dairy and eggs in the food they eat.

Pesco and Pollo are Spanish words for fish and chicken.

A Pesco-Pollo vegetarian is someone whose diet centers on plant foods but eats fish and chicken, but they don’t consume red meat.

Vegans and vegetarians choose not to include meat or meat products in their diet; however, vegetarians can still consume animal byproducts, while vegan completely prohibits animal exploitation for whatever reason.

Why Do People Go Vegan or Vegetarian?

Whether you’re curious about the decision or skeptical of the lifestyle, it’s good to understand that most people who go vegan or vegetarian do so because they have concerns about the ethical treatment of animals. This is certainly an important factor to consider.
There are, however, other factors that can influence someone’s decision to become vegan or vegetarian, including dietary and non-dietary reasons. These motivate people to stop eating animal products or limit their intake. Common reasons include compassion, environmental concerns, health issues, and religion. Here are surprising reasons why people may choose to go vegan

Meat is generally known to contribute to different health issues such as the increased risk of cancer, heart disease, and diabetes. Read More.

Besides, animal agriculture today involves the use of hormones that contribute to hormonally related conditions, especially in women, such as breast cancer, fibroids, and polycystic ovarian syndrome.

While no one intends to harm an animal when they’re eating meat, many of us don’t understand what happens to these animals from farm to fork.

A large part of going vegan is doing it for animal welfare. It’s not uncommon to hear horror stories of how animals are treated in slaughterhouses and during transportation. By going vegan, you’re taking a stand against these things, which can help make your transition smoother. Knowing that every meal you eat is contributing to a better world will give you that extra drive when it comes time to forgo meat and other animal products.

Aside from having a direct impact on your health, going vegan is one of the most effective ways to fight climate change. Animal agriculture is responsible for 14.5 percent of greenhouse gas emissions, more than all transportation combined. It also contributes to water degradation, acid rain, coral reef degeneration, and deforestation. Read More.

Ditching meat and other animal products puts less pressure on our natural resources, helping protect them for future generations.

Some people follow a vegetarian or a vegan diet because of their religious beliefs. Vegetarianism is a very common religious practice. Religions like Hinduism, Jainism, and Buddhism advocate for vegetarian or near-vegetarian lifestyles. These religions encourage followers to think more deeply about their impact on animals because they believe animals are sentient beings capable of experiencing suffering just as humans are. Vegetarianism is also popular in many Christian denominations.

Vegan or Vegetarian – Which One is Healthier?

Vegan and vegetarian diets are generally considered healthier than omnivorous diets, which are high in meat and other animal products. While there are many health benefits to these types of diets, the question of which one is healthier remains an open one and one with too much controversy. So, which one can lead to better health? Which one should you choose? To help you decide which diet might be right for you, here are some of the key differences between the two

A vegan diet can benefit your health because it excludes all animal products, including meat, eggs, dairy, fish, and even honey.
Animal products are generally known to cause inflammation, which is the root cause of most conditions. Animal products like dairy are also rich in cow hormones that may otherwise disrupt your normal hormonal functions, leading to hormonal imbalances, especially in women.

On the other hand, people are increasingly turning to vegetarianism as a means of staying healthy. With a diet that excludes meat, poultry, fish, and other seafood, vegetarians tend to eat more fruits and vegetables, whole grains, low-fat dairy products, legumes, and nuts.

According to research from Cornell University, vegetarians also consume fewer overall calories than meat-eaters do. This can help lower the risk for various health conditions. However, to completely eliminate the possibility of raising your risk of chronic diseases associated with animal products, it’s important to avoid any form of animal products altogether.

While a vegan completely avoids animal products, byproducts, and anything associated with animal exploitation, a vegetarian may still occasionally include eggs and dairy in their diet. The end result for the two is reduced animal intake and increased consumption of plant foods. This helps promote health, preserve the environment, and protect the animals.

If aiming for a vegan lifestyle, it’s probably the best choice since consuming any form of animal products can still increase your risk of various health conditions. However, if you are new, a vegetarian approach is probably your best choice as you journey towards veganism. 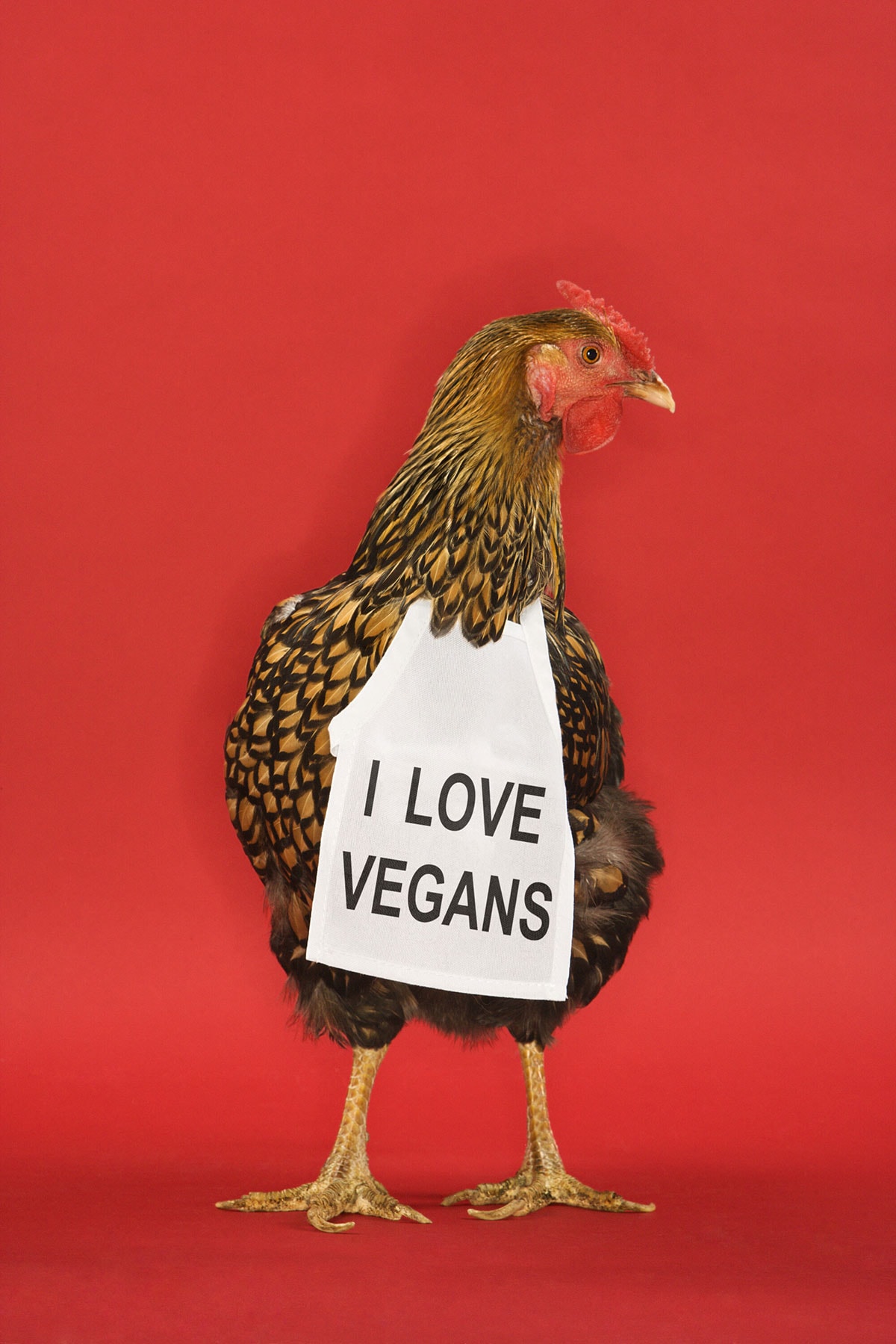 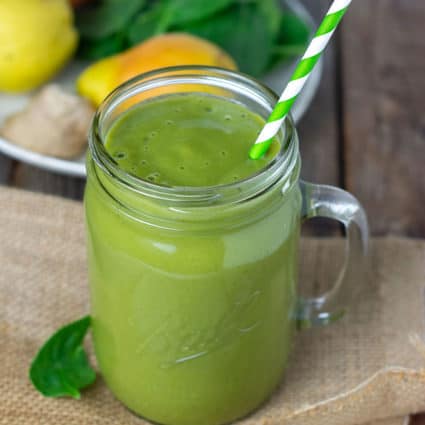 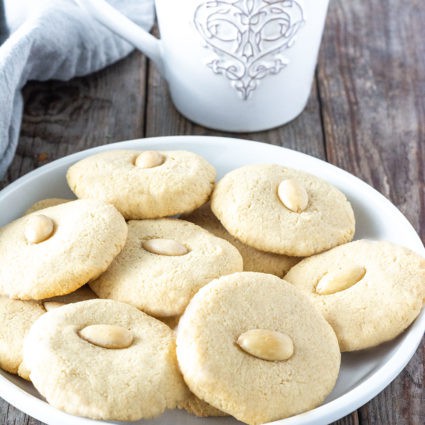 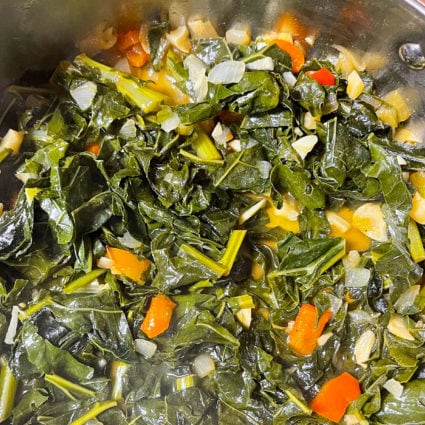