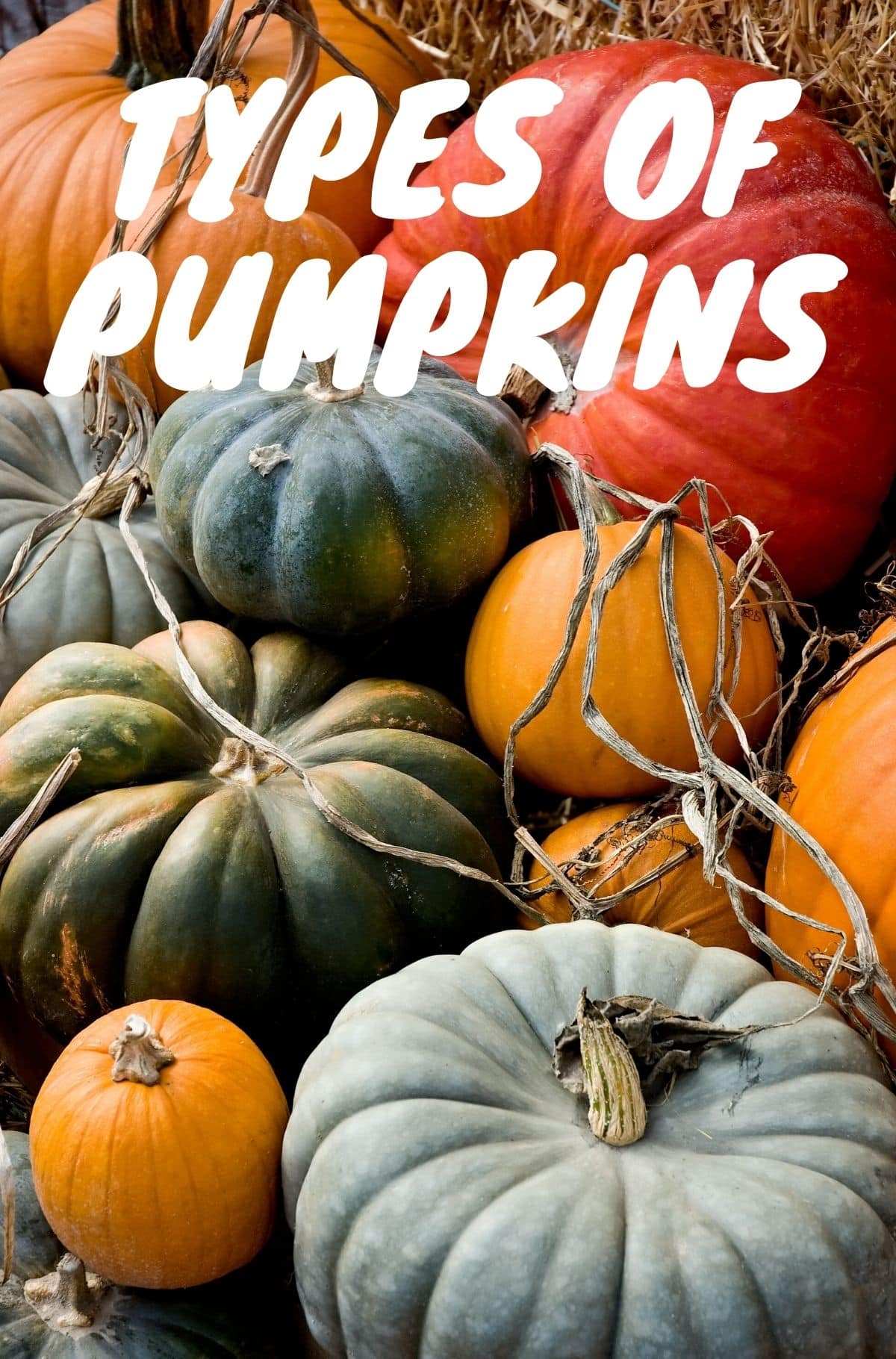 Pumpkins grow on a vine that could be 2 feet to 20 feet long; they come in different sizes. There are many varieties of pumpkins. In this article, we will cover different types of pumpkins according to their size and weight. Pumpkin plants have long growing seasons that could last up to 100 days. 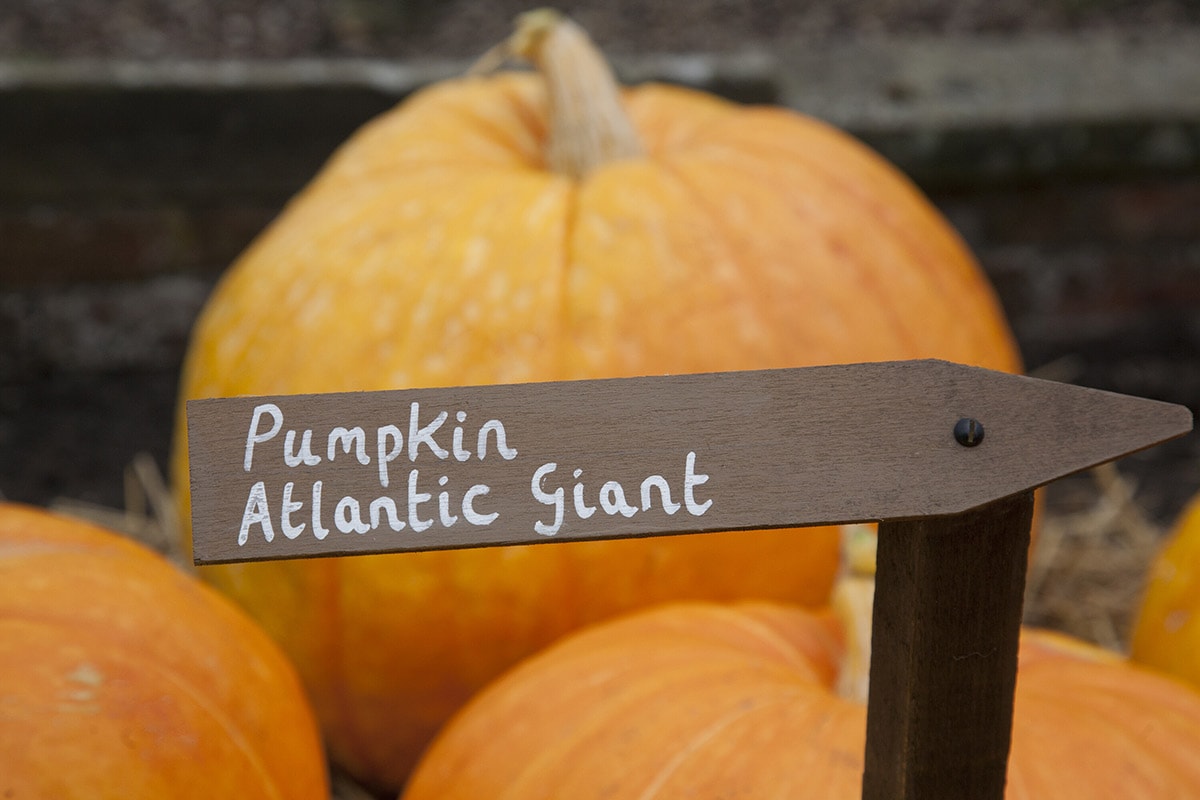 Want to win a pumpkin growing contest? Atlantic Giant can help you through it. It weighs over 300lbs. It is the largest pumpkin. Feed the plant a high potassium fertilizer to ensure good growth. 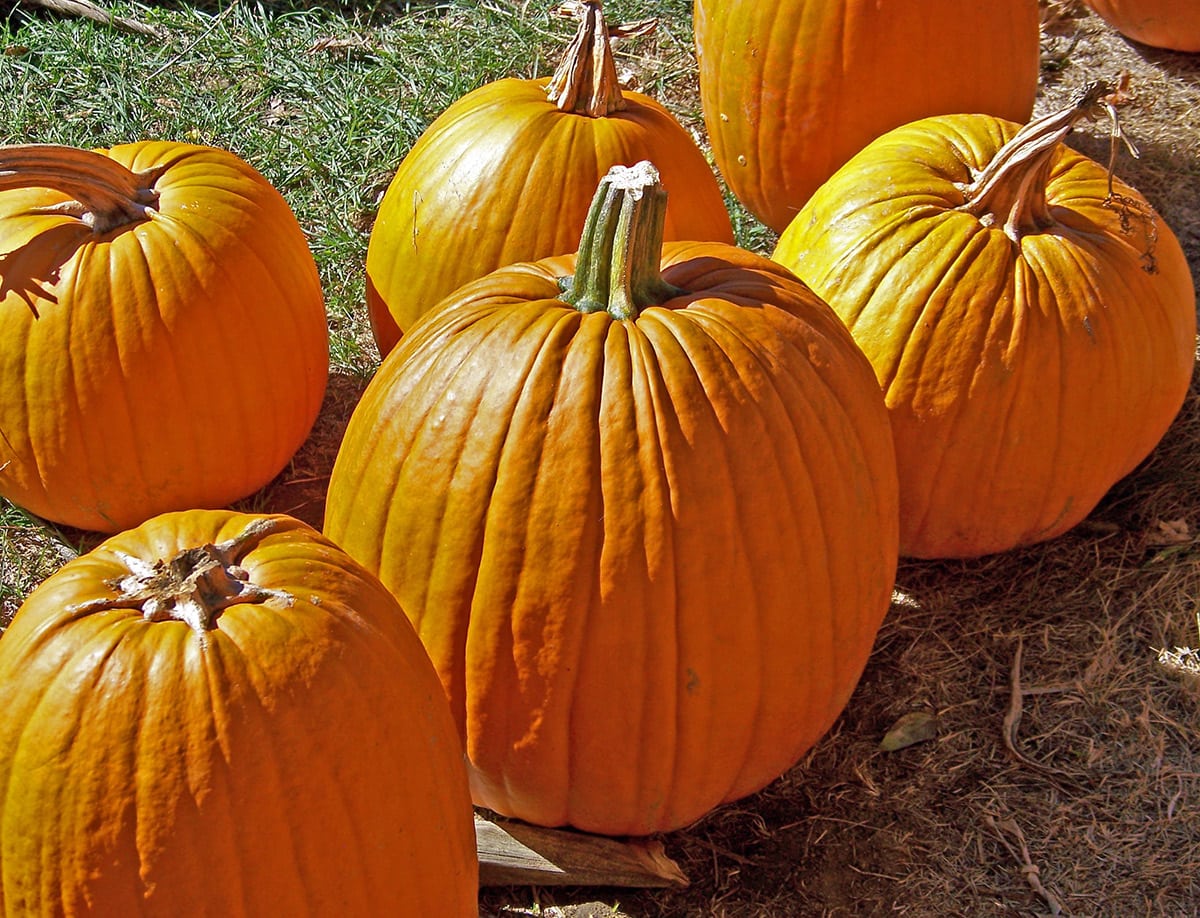 The pumpkin from these plants weighs around 200lbs. To ensure bigger growth, prune the plant so one grows per vine. 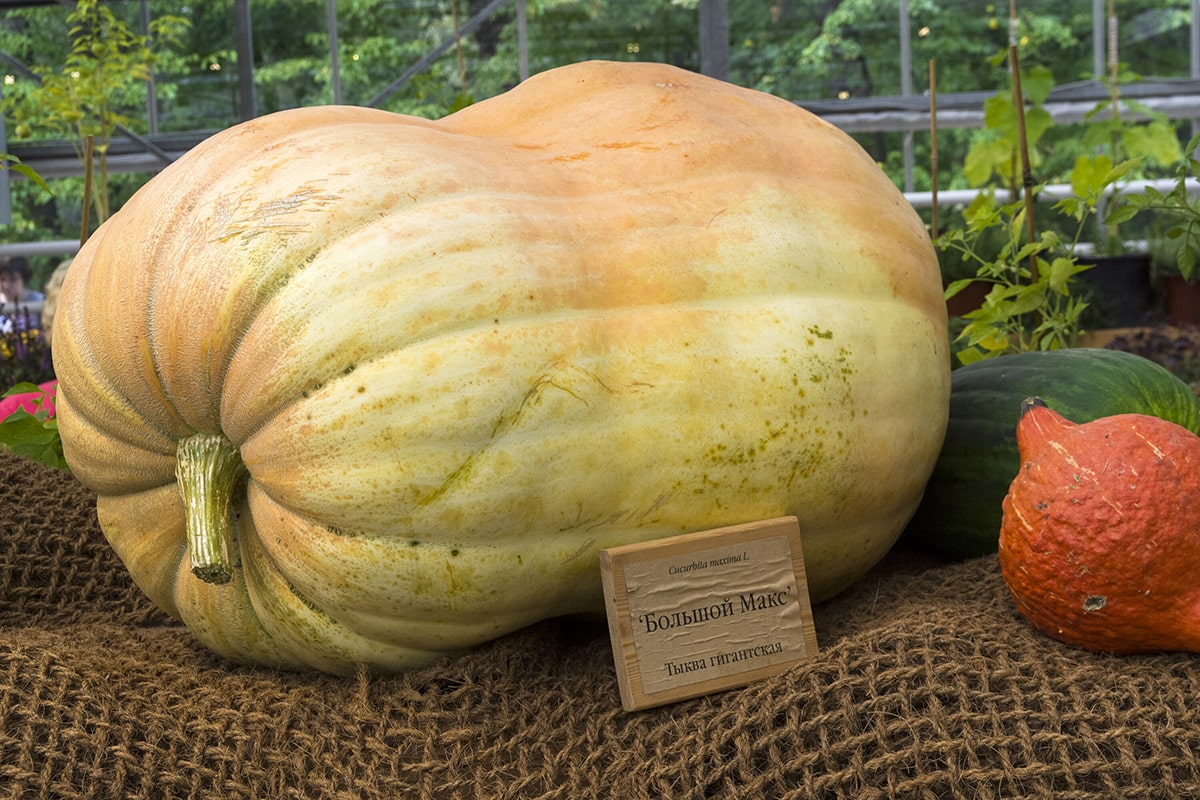 These pumpkins weigh 100lbs; however, they have the ability to reach 300lbs. They have a color combination of pale salmon and bright orange.

This plant produces pumpkin weights from 75 lbs to 150 lbs. They are symmetrical, uniform, and have a bright orange color. 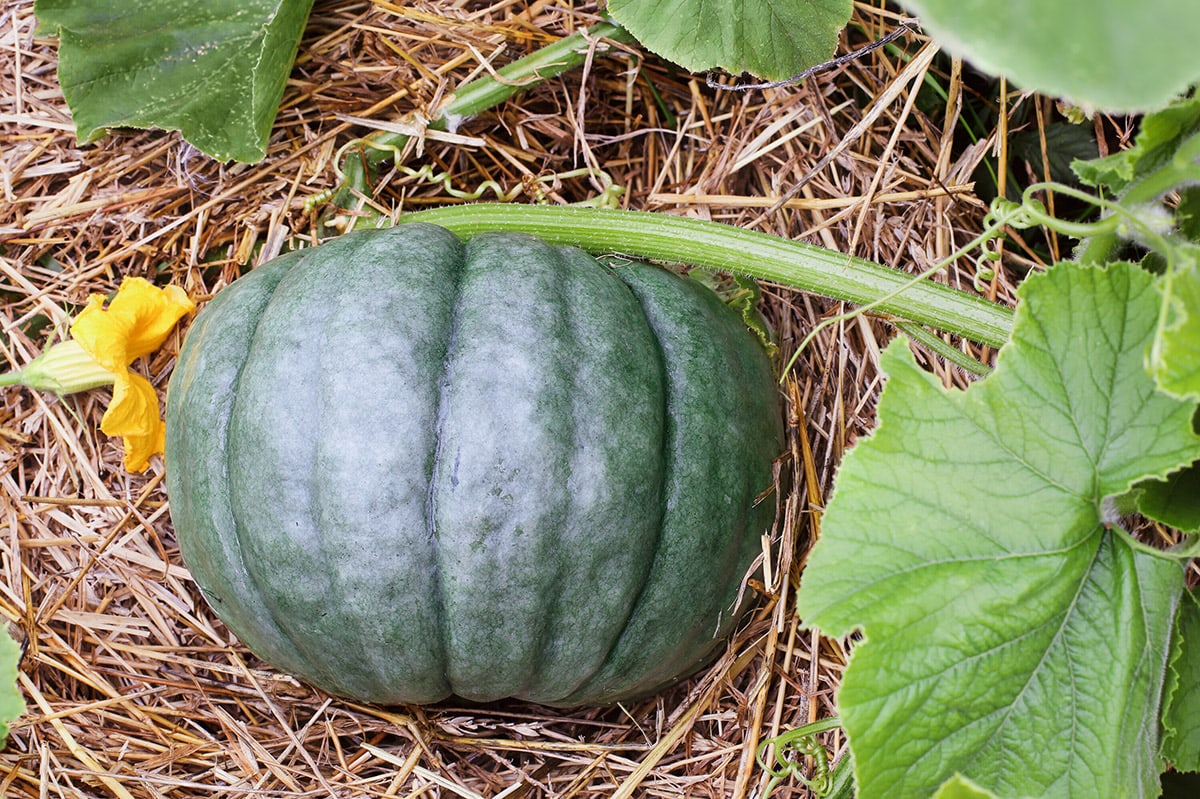 The legacy variety of pumpkin is from the midwestern United States. Blue Lakota has a mixture of blue and green skins that are pale. They have a straightened ball shape and that point at the stem. 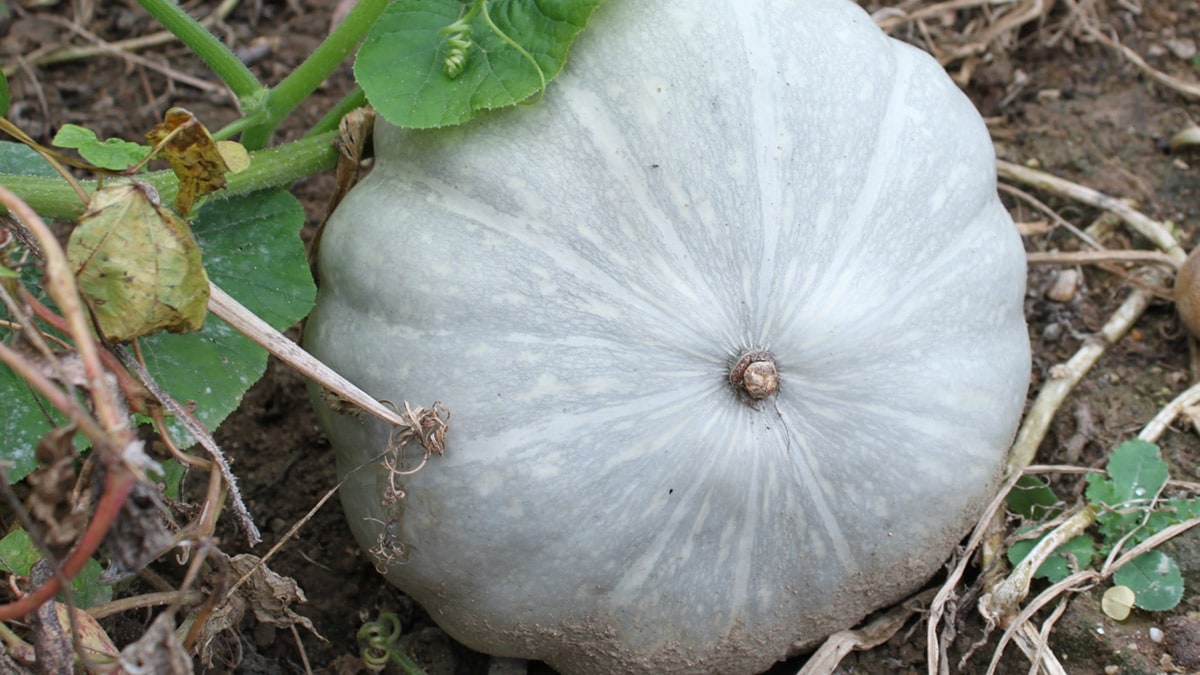 Jarrahdale is steel blue colored with an orange inside. It is profoundly ribbed, looking like an exemplary Cinderella pumpkin. It is native to New Zealand, as the name suggests, it is named after the town Jarrahdale. These pumpkins commonly weigh somewhere in the range of 6 and 10 lbs. 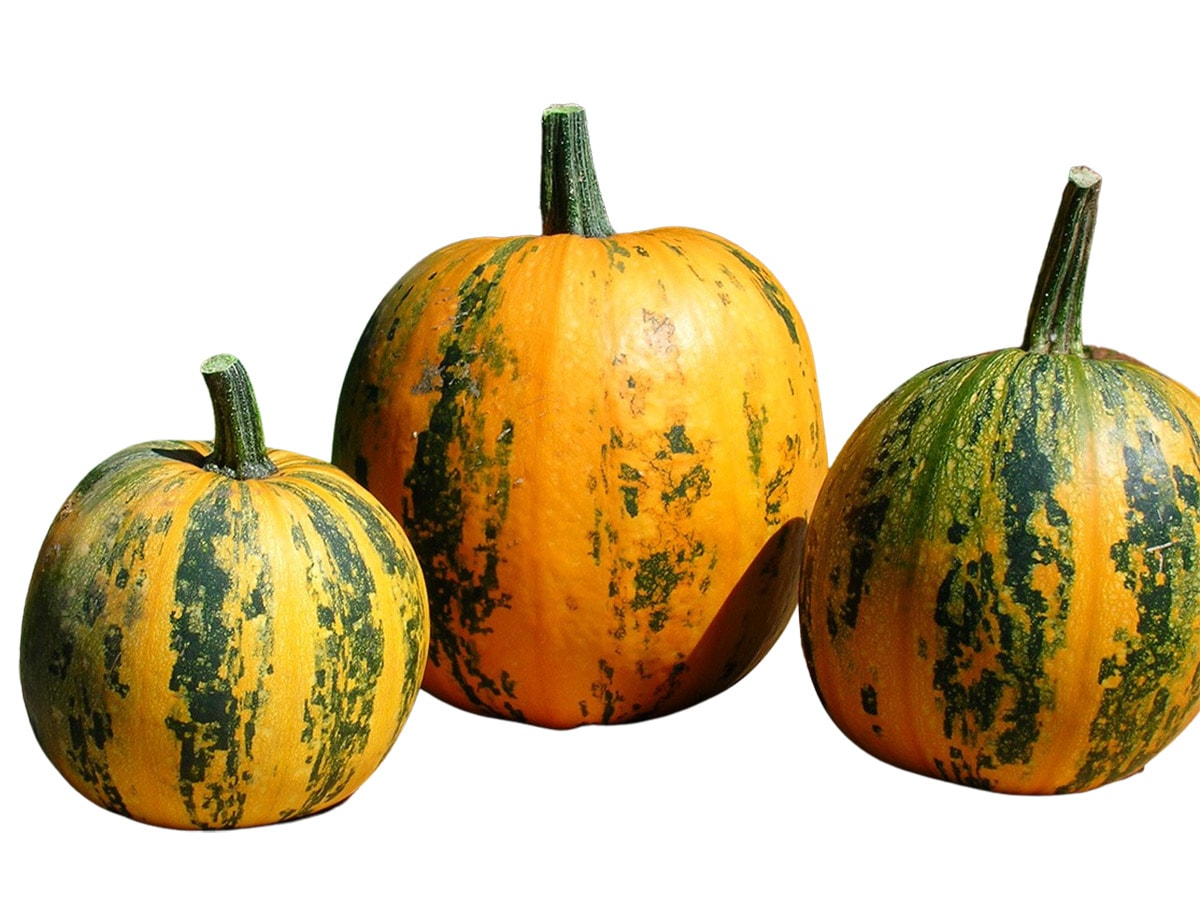 Kakai is known for its seeds; bright Stalin blue-colored seeds. It is blue-gray in color with orange stripes. It goes well for carving pumpkins, however, it is not popular for eating. 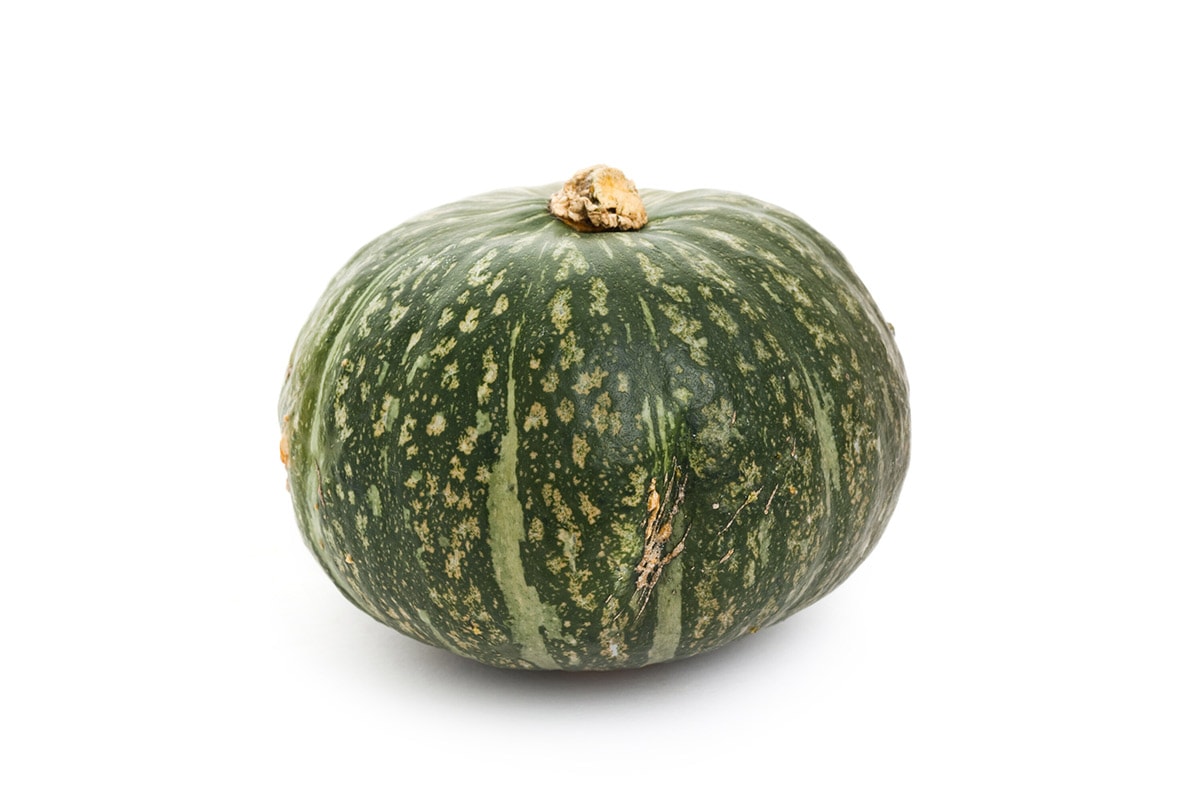 A Japanese pumpkin, Kabocha, is well known for cooking. It is dark green from the outside with yellow inner flesh. It is sweet and firm. It can be cooked into a soup, puree, or can be eaten in the roasted form. 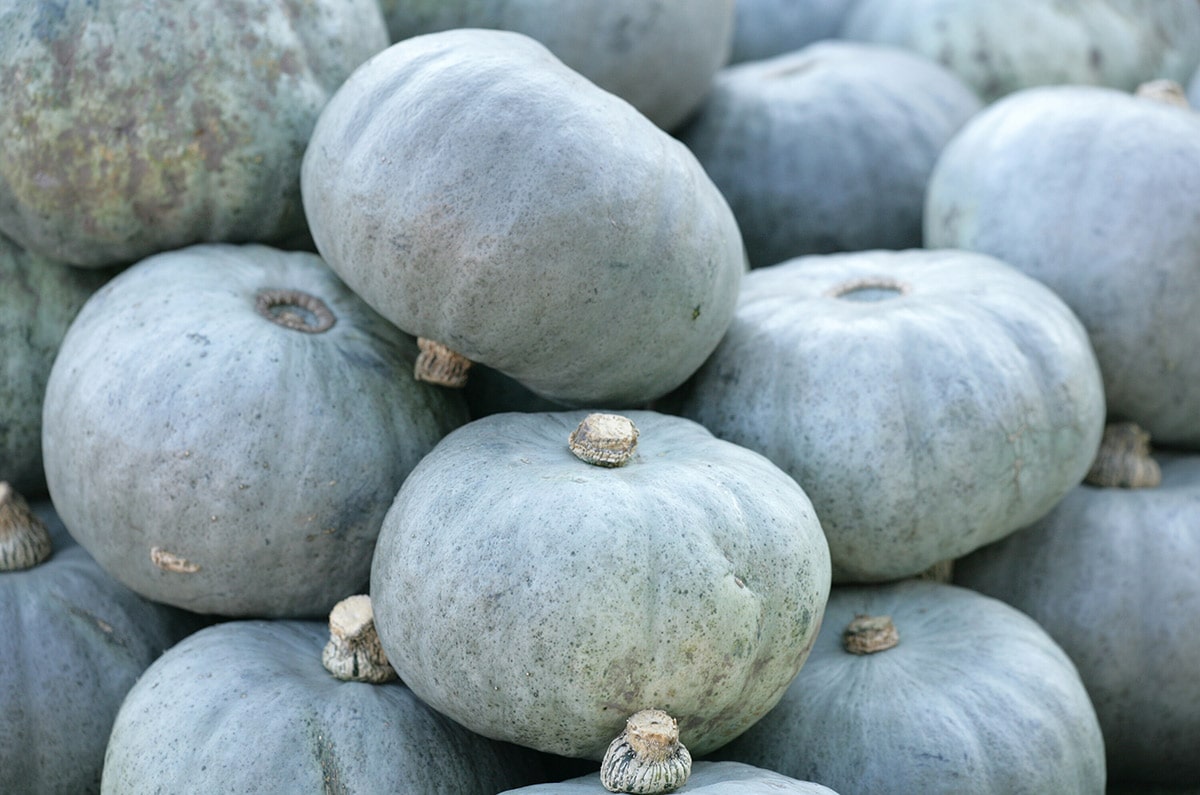 It is one of the most versatile pumpkins. It is gray-blue glossy in color, with an orange flesh that has a sweet flavor. It goes well for both; cooking and decorating. If stored in a cool dark place, it can last up to a year. Roast its flesh in olive oil and you have some yummy snacks for yourself. 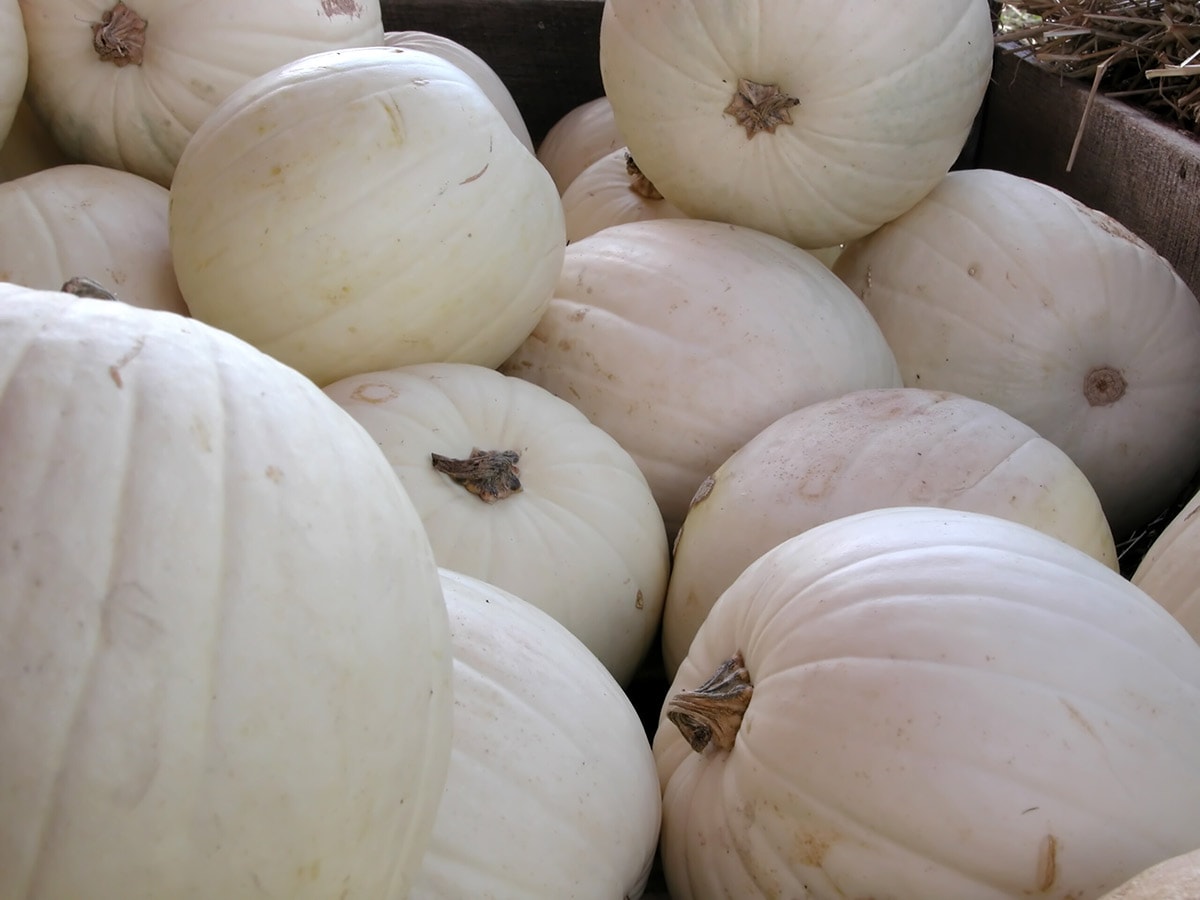 Casper is pure white from the outside with orange flesh. It is great for eating. Casper grows to a size of 10 to 16 lbs. They make good decorating items. About cooking, caper pumpkin is best enjoyed in a baked form such as pies. 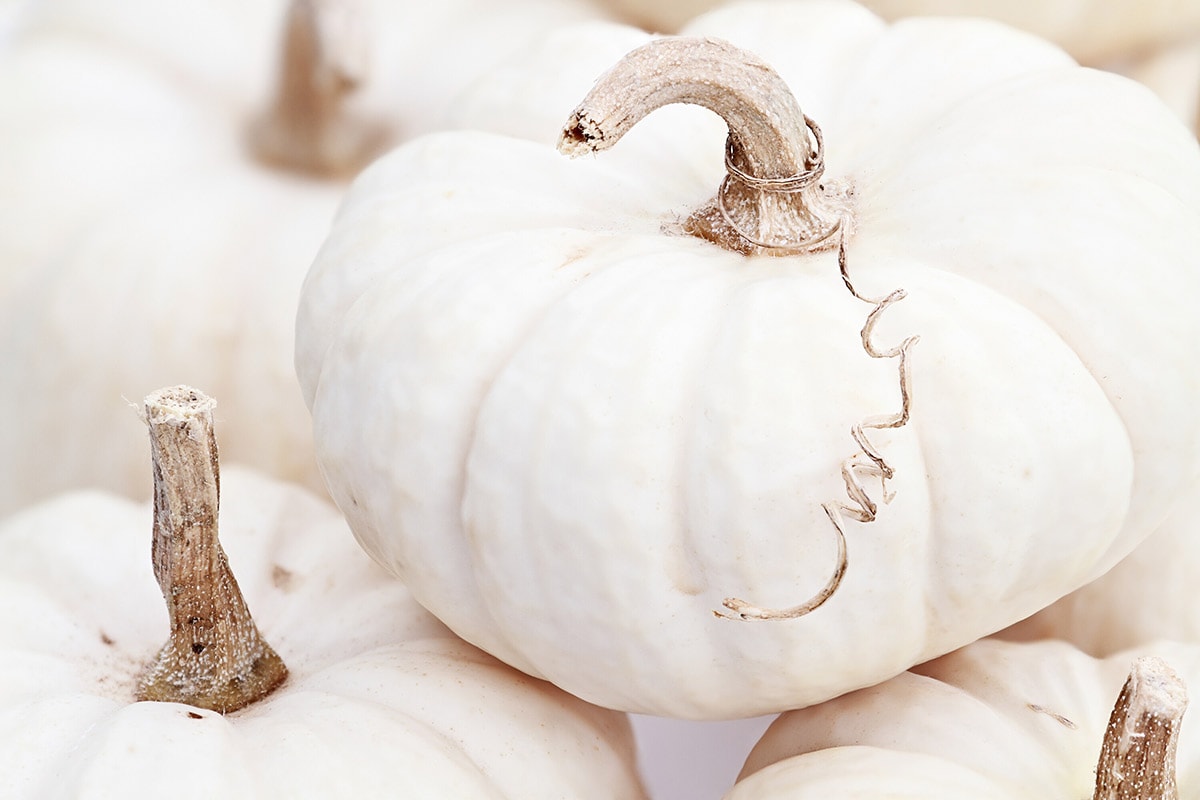 Lumina is bright white from the outside with a smooth texture that works well for painting or carving. They grow up to 12lbs. Their flesh is extremely tasty; it can vary from pale orange to bright yellow. Do not store them for too long, use them soon after carving, or otherwise, they will go bad.

White pie pumpkin is a round-shaped pumpkin with pale white skin. It has sweet flesh making it a good ingredient for pies. Its smooth skin also makes it a good option for carving.

Although many white pumpkins turn blue or green with time, Crystal Star will stay white for its whole life. It is a white-colored pumpkin that makes a great decoration item. 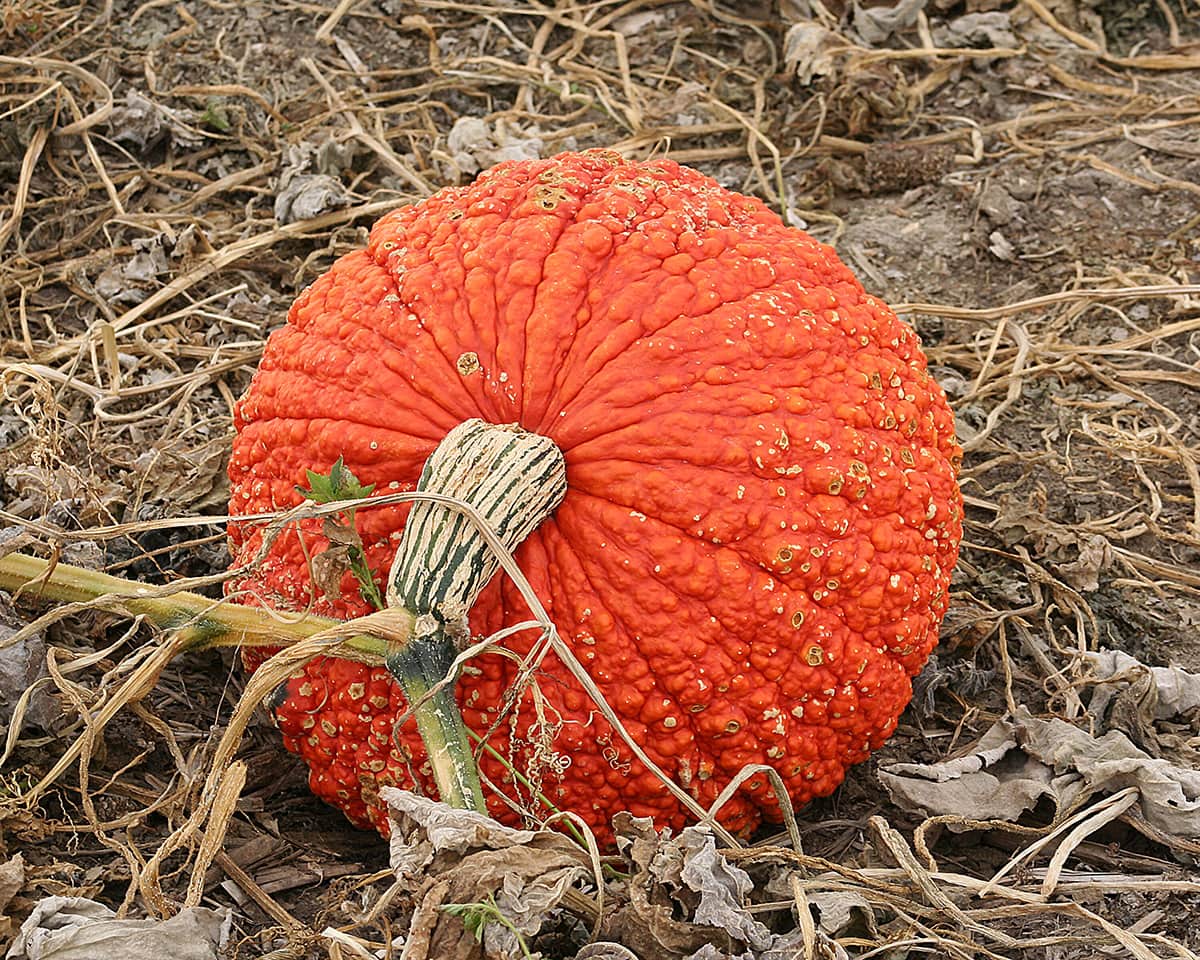 As the name suggests, these pumpkins are reminiscent of Cinderella’s pumpkin carriage. These pumpkins are great for decoration because of their display: round shape with a flat top. They have a bright orange-red outside with moist flesh inside. Once done with the decoration, you can use them in making pies. 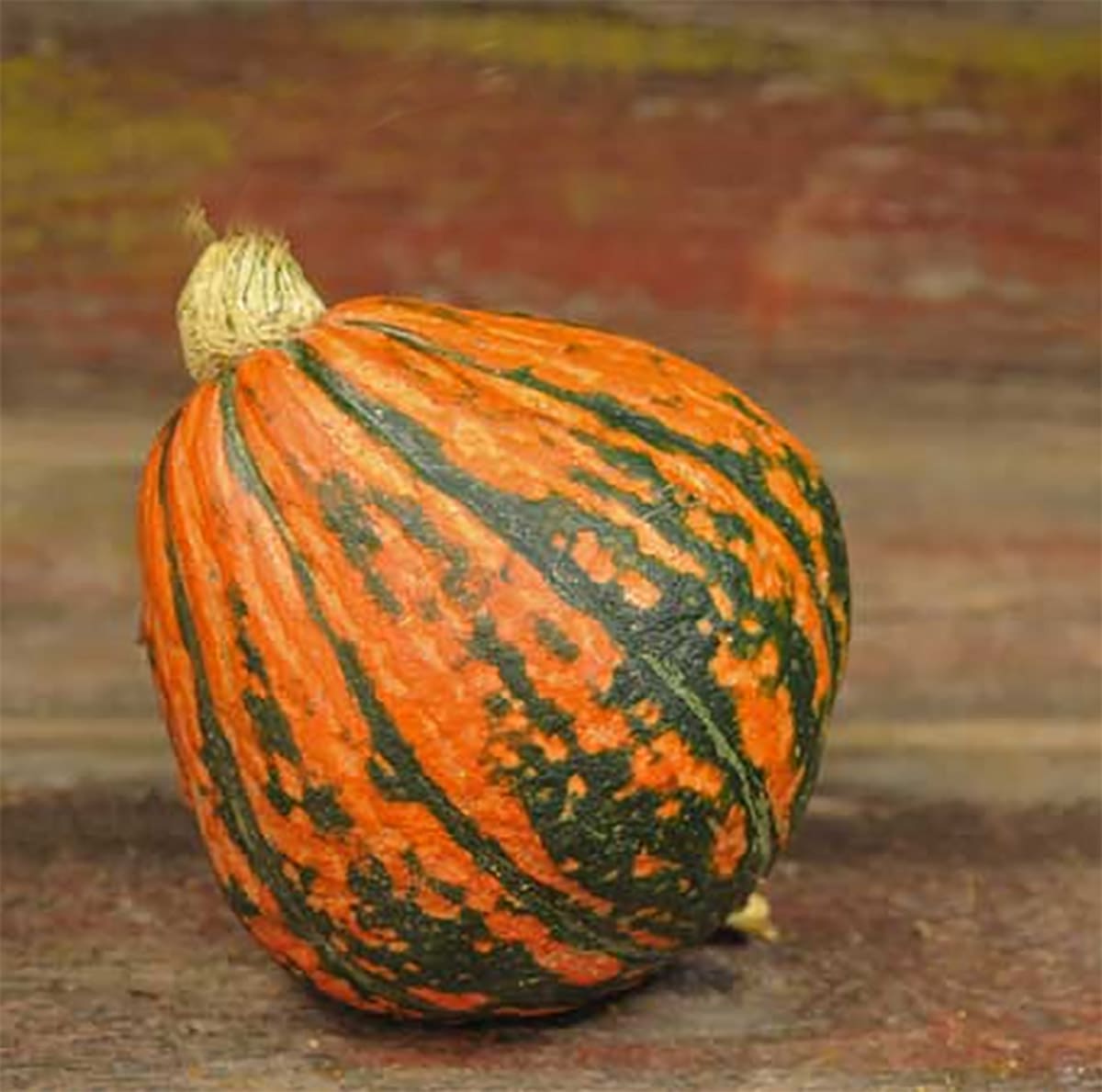 Lautoka is a pear-shaped pumpkin. It is red from the outside with black-green stripes. They are about 6ls in weight once fully grown. Their taste is similar to butternut squash.

This is a treasured heirloom that traces all the way back to the the1800s. It has a ribbon-designed light orange skin and is viewed as outstanding amongst other tasting pumpkins. 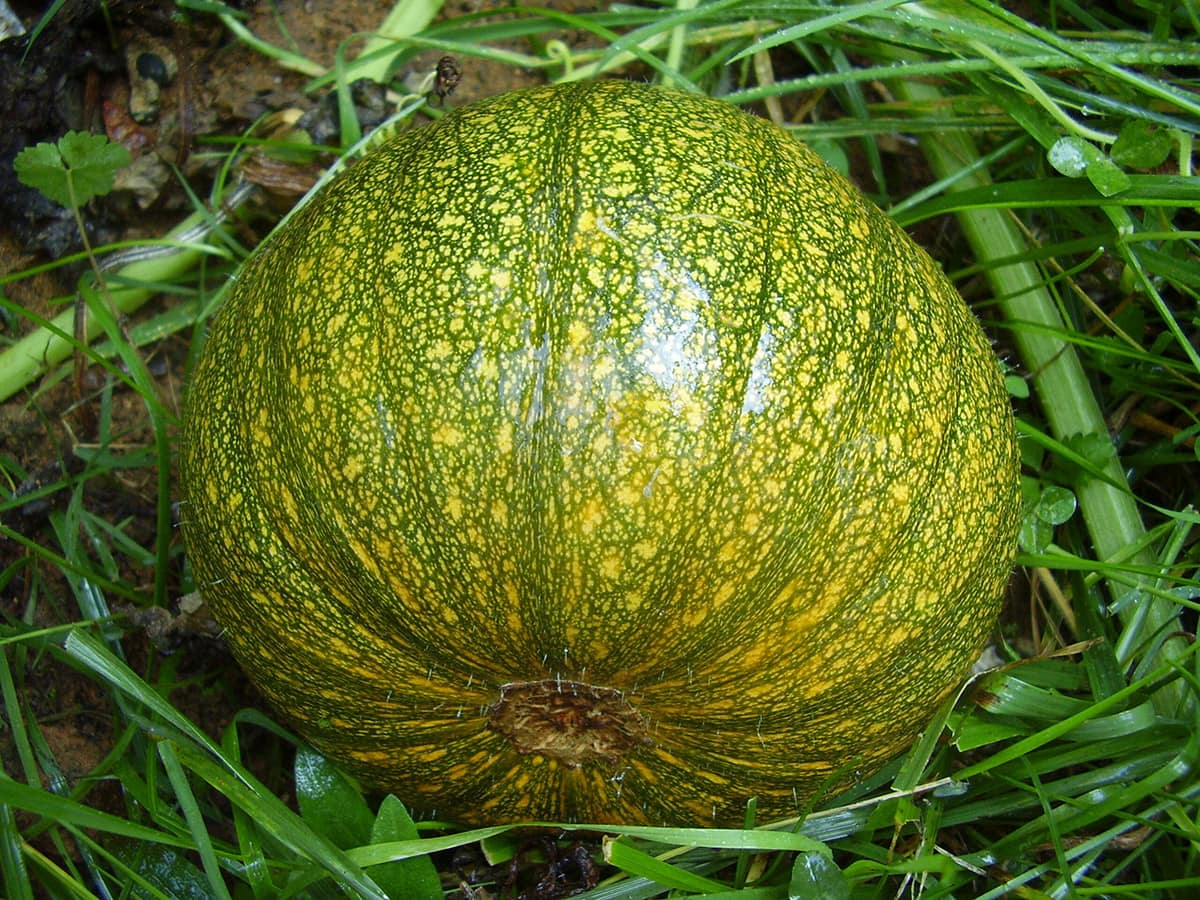 This is an honor-winning pumpkin with radiant orange tissue, a round shape, and slight ribbing. It is famous for carving at Halloween and furthermore cooks well.
Harvest Moon
This is a smaller plant creating pumpkins that develop early. These vegetables are a radiant orange tone, are tiny in size, and make ideal lamps at Halloween. 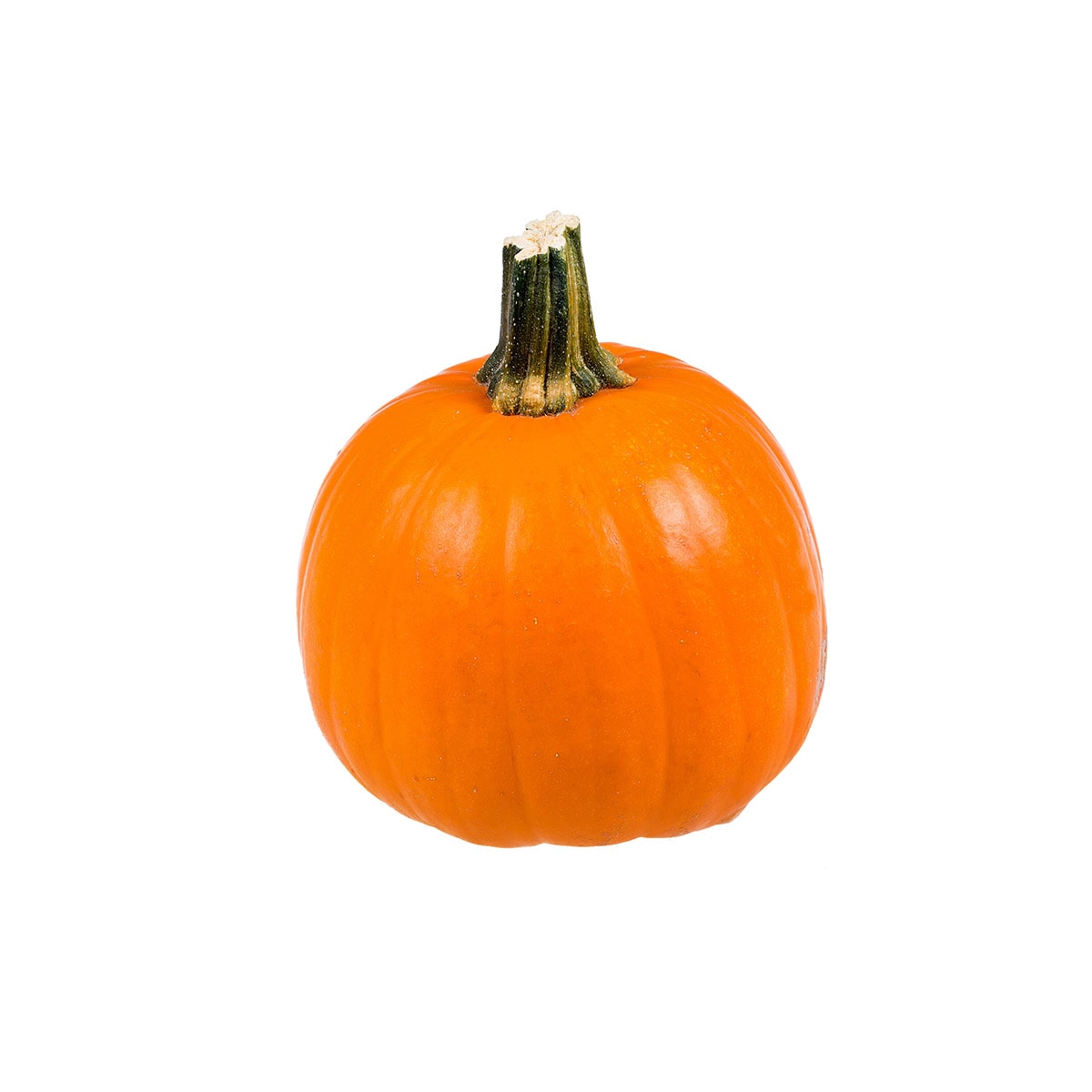 This mini pumpkin weighs 1.5lbs at its maximum. It has decorative qualities; it goes well with larger pumpkins. It has a yellow-orange outside with a smooth textured skin having deep ribbings.
Munchkin
As the name suggests, munchkin plants produce small orange pumpkins of flat shape. They have moist flesh that stays firm for long.

These pumpkins have an eccentric appearance that can make for a strange fall show, and be a fascinating idea. They have an unusual shape and inquisitive-looking skin that helps them impeccably to be utilized as Halloween props. 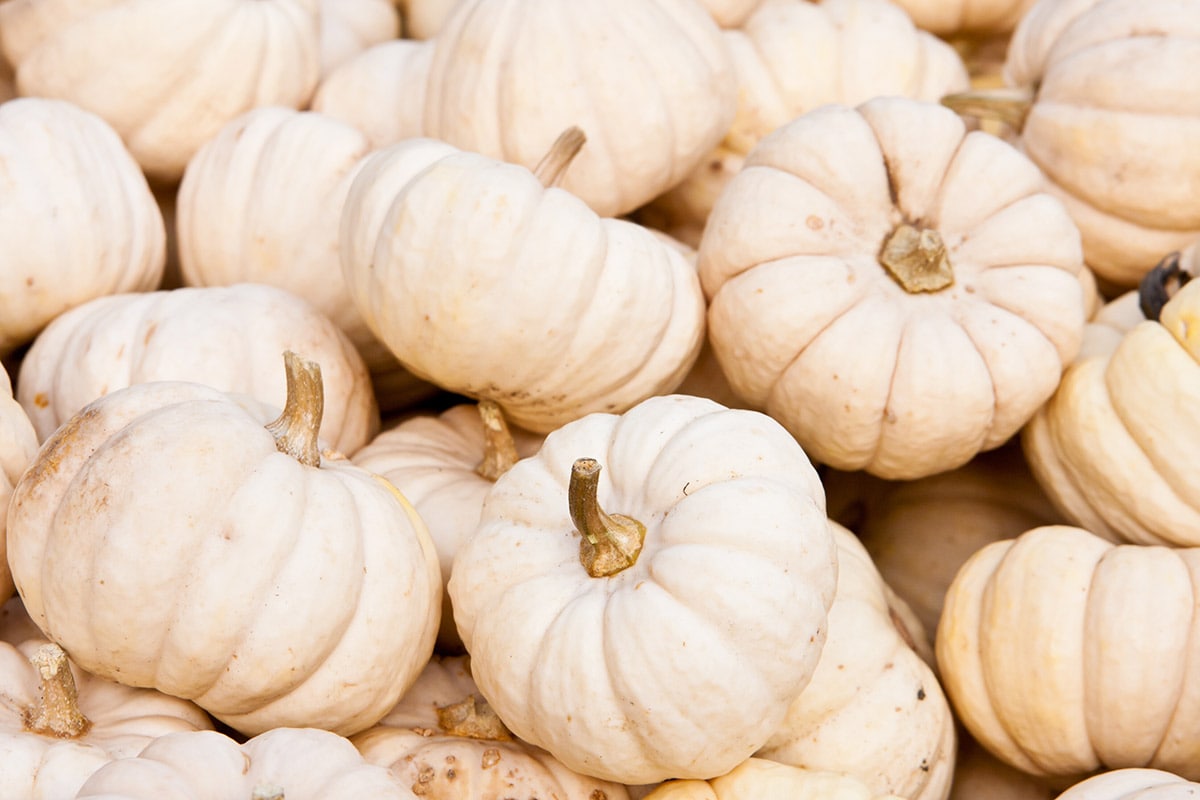 This is a small white pumpkin that was found in Pennsylvania and delivered in 1990. These pumpkins develop to the greatest size of around 3 inches in width and develop on a smaller plant that has a most extreme length of 2 feet. This makes the plant ideal for filling in little gardens or even on an overhang. They are famous as Halloween enrichments or utilized as an eating decoration piece. 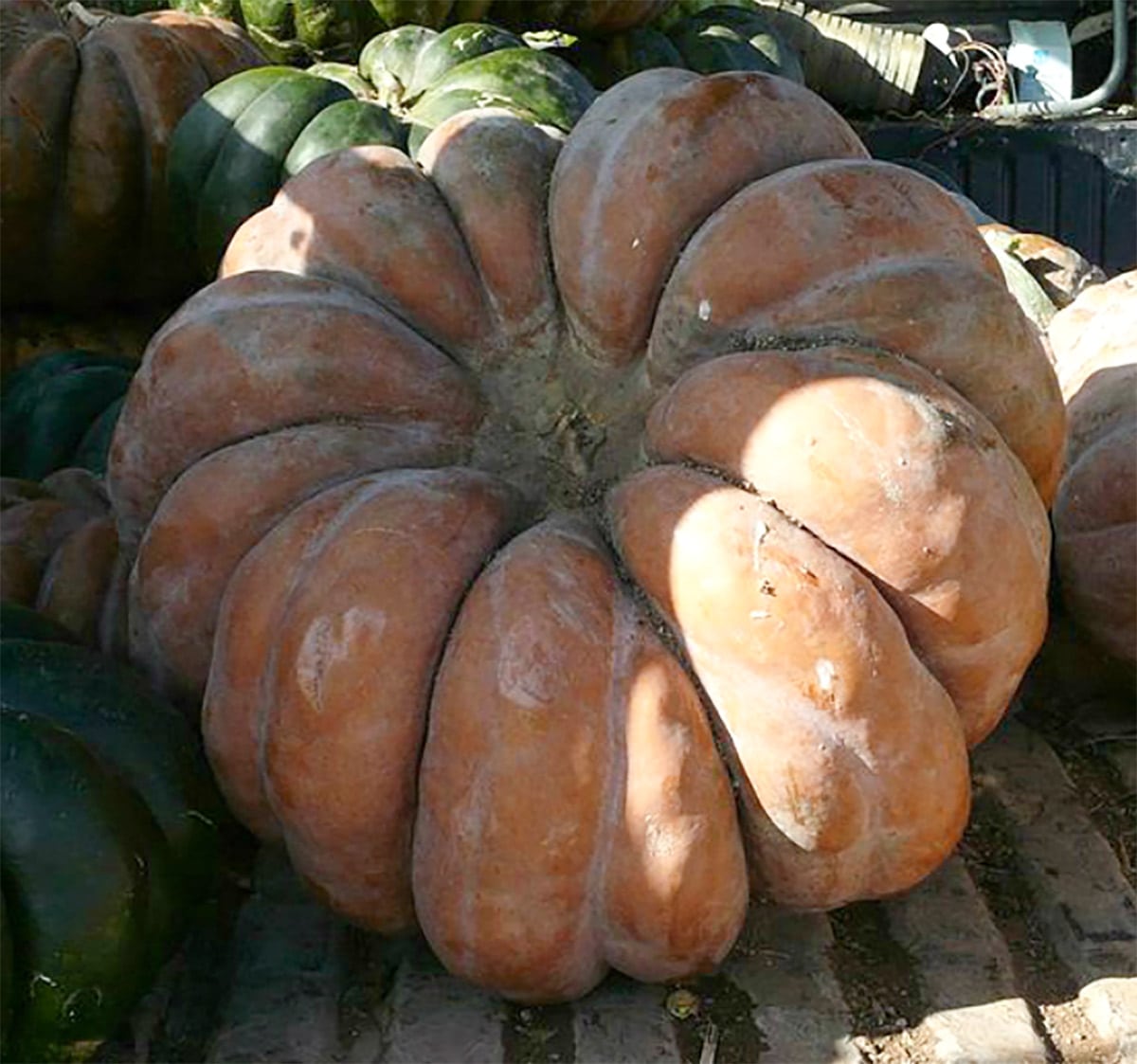 Musquee de Provence is a South of France native. It has a weird resemblance to a cheese wheel. This pumpkin looks like it has been carved into wedges because of its deep ribbings. It has a tan shape with dark orange flesh having a pleasant flavor. 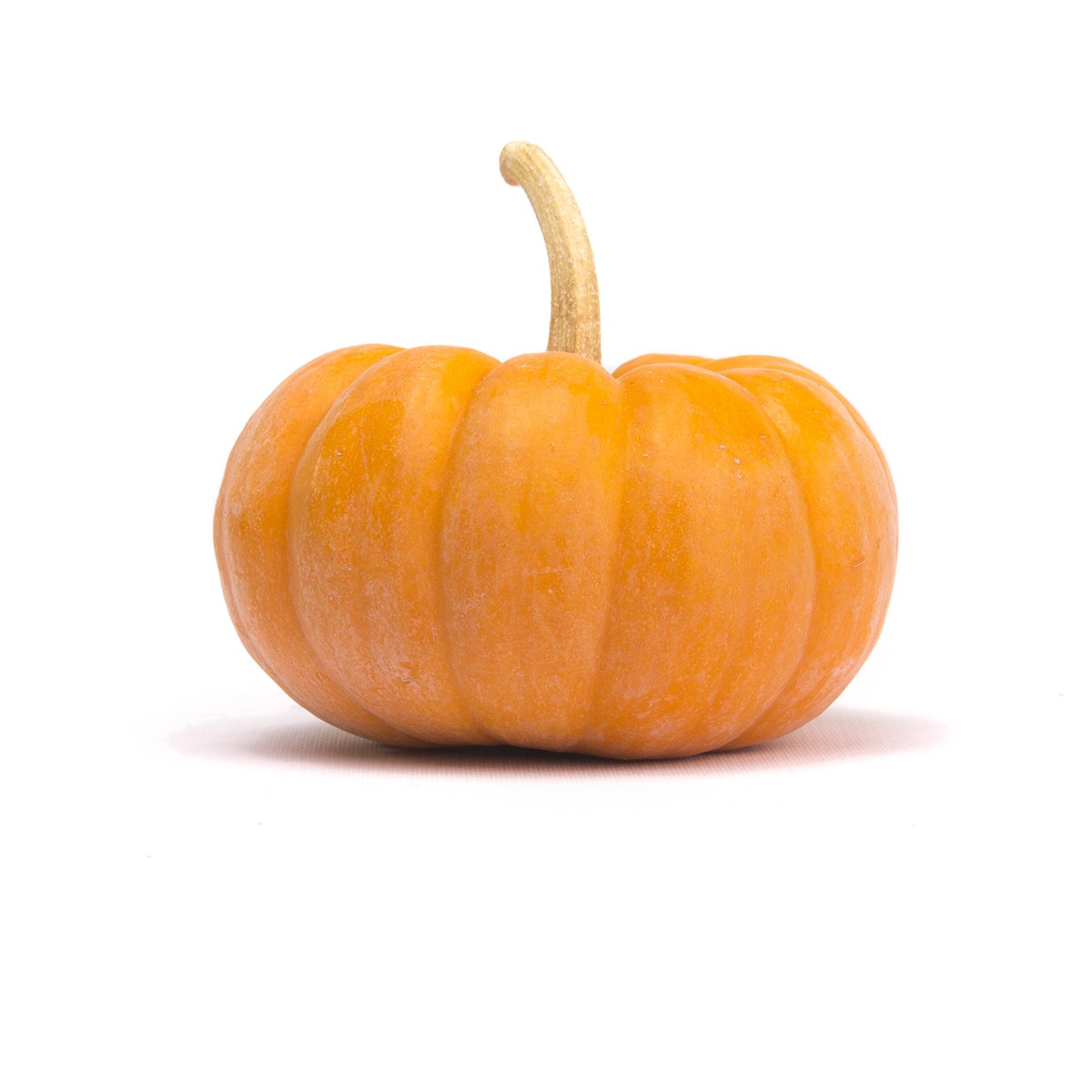 These pumpkins grow up to a maximum height of 15lbs. They are deeply ribbed with an orange exterior. They make a great ingredient for baking dishes with pumpkin. 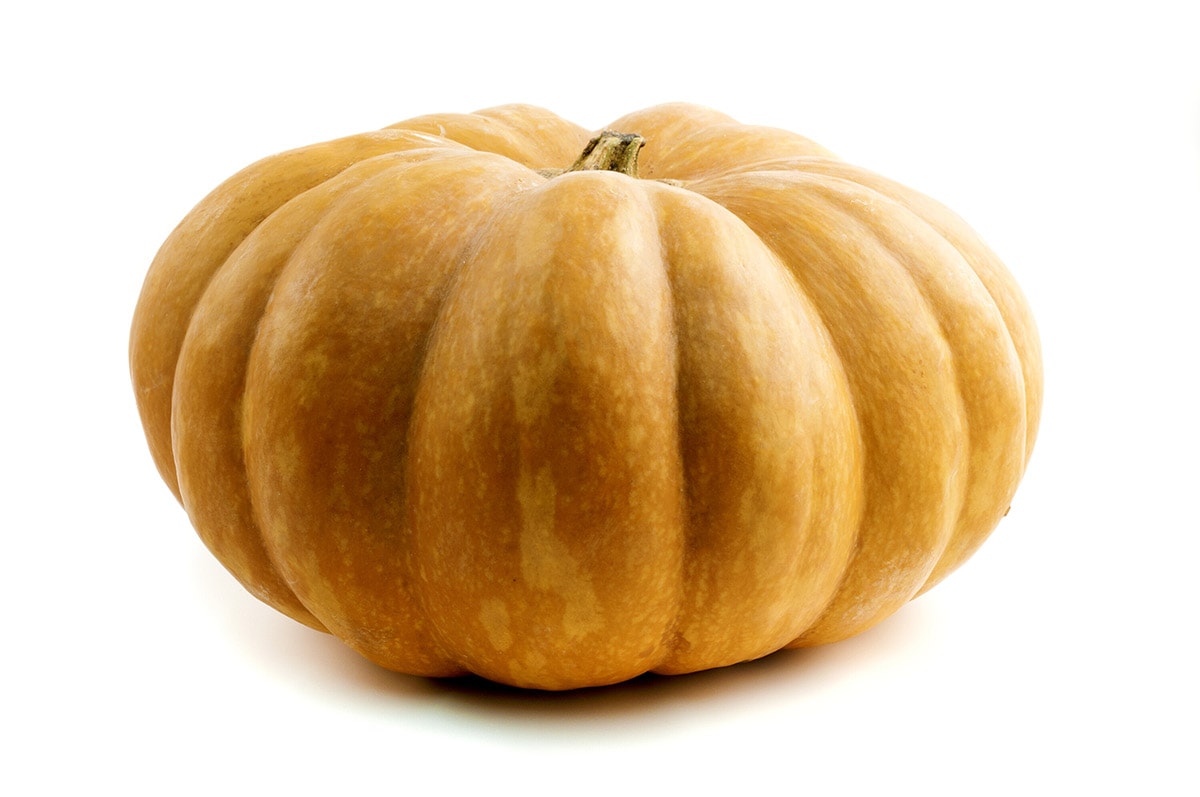 Like Musquee de Provence, long island cheese too has a similar shape to a cheese wheel. It has pale orange skin with deep orange flesh. It is commonly used in pumpkin pie. 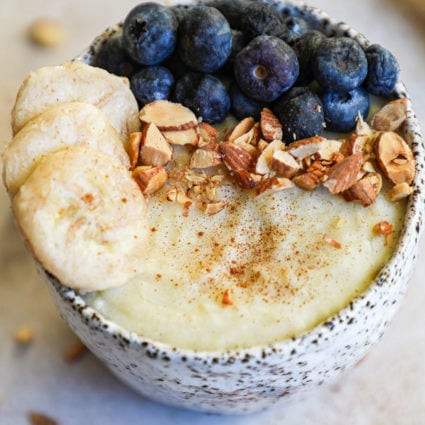 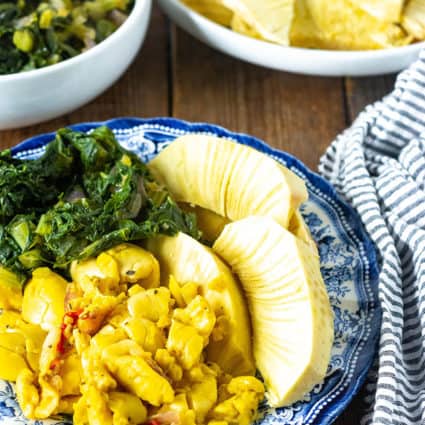 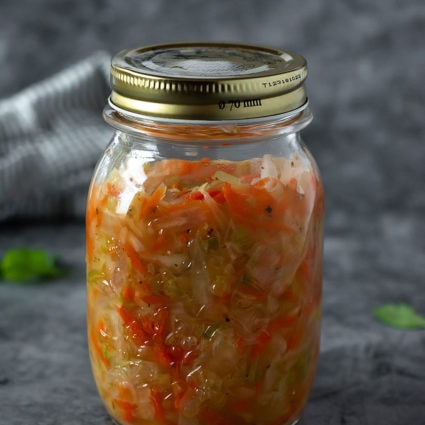