Home → Resources → What are Blue Zones?

What are Blue Zones? 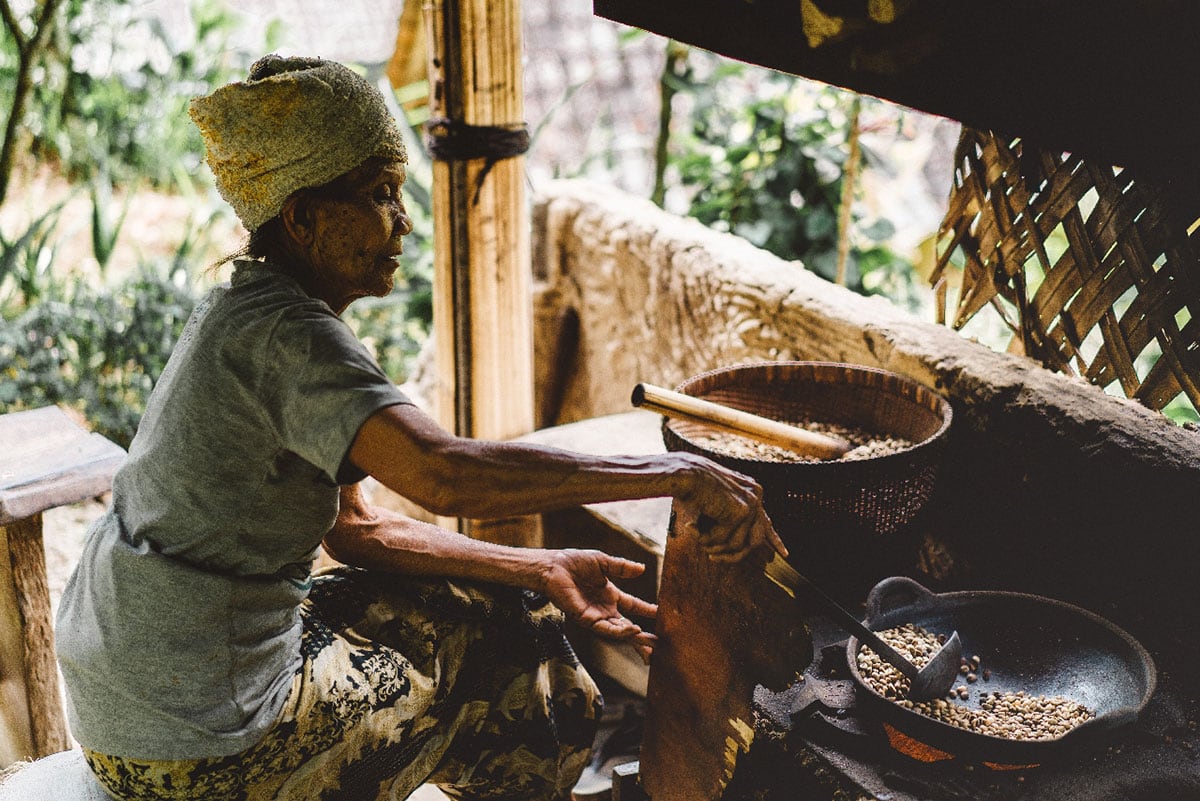 The concept of Blue Zones arose from research published in 2004 in the journal Experimental Gerontology by Gianni Pes and Michel Poulain (Poulain, et al., 2019-09-17), who identified Sardinia’s Nuoro province as having the largest concentration of male centenarians.

As the two men narrowed in on the cluster of villages with the longest lifespans, they coined the term “Blue Zone” (Poulain, Herm, & Pes, 2013) to describe the region.

‘However many people are capable of living well into their early 90s and largely free of chronic disease.’

According to the Danish Twin Study (Herskind AM, 1996), our genes determine just around 20% of how long we live, while our lifestyle determines the remaining 80%.

Dan Buettner, the CEO of Blue Zones LLC, set out in 2004 to discover the specific factors of lifestyle and environment that contributed to longevity.

Epidemiological data, statistics, birth certificates, and other studies were used to pinpoint these five areas. Blue Zones are locations where people live to be 100 at a rate ten times higher than in the United States.

They brought in a team of anthropologists, demographers, epidemiologists, and researchers to uncover the lifestyle traits that would explain longevity after these zones were created. They discovered that all Blue Zones residents had nine distinct lifestyle features. These are referred to as the Power 9.

Epidemiological data, statistics, birth certificates, and other studies were used to pinpoint these five areas. 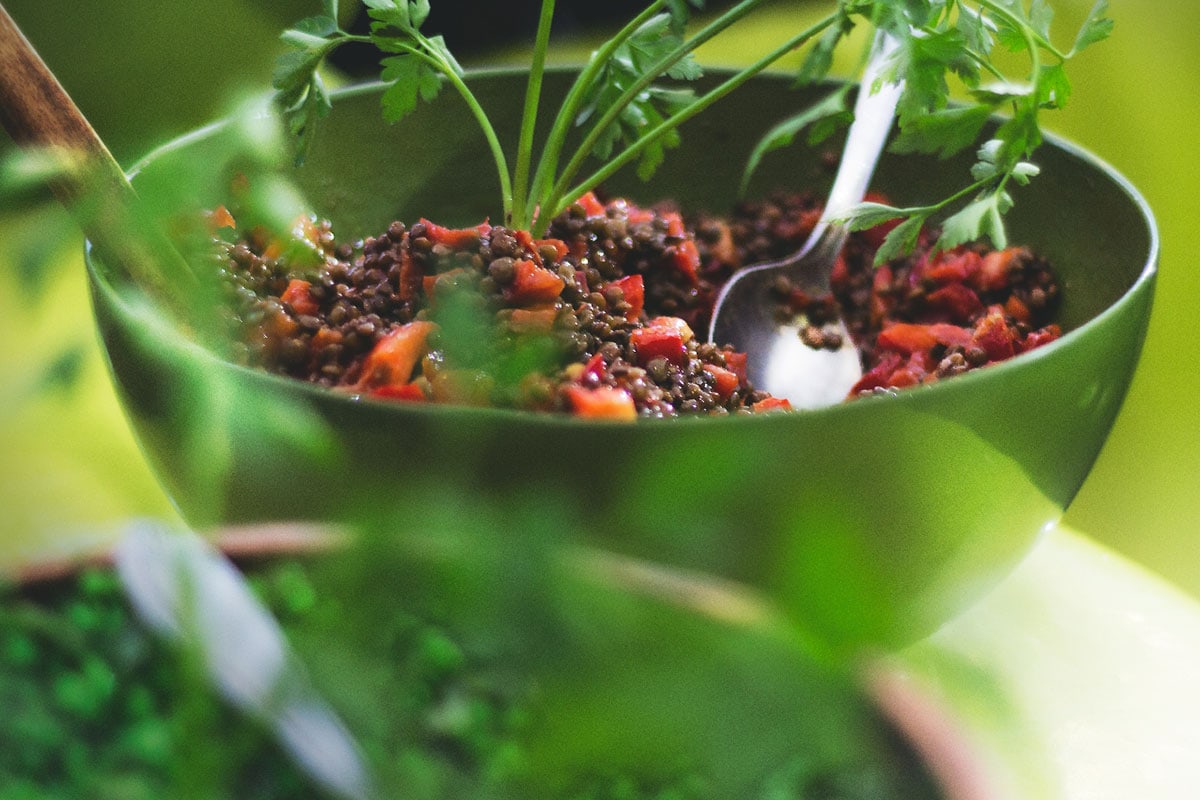 To live to be 100 years old, it appears that one must win the genetic lottery. Many people, on the other hand, can live into their early 90s without developing chronic diseases. The documentary Blue Zones discovered nine evidence-based common denominators among the world’s centenarians that are thought to slow down the aging process. 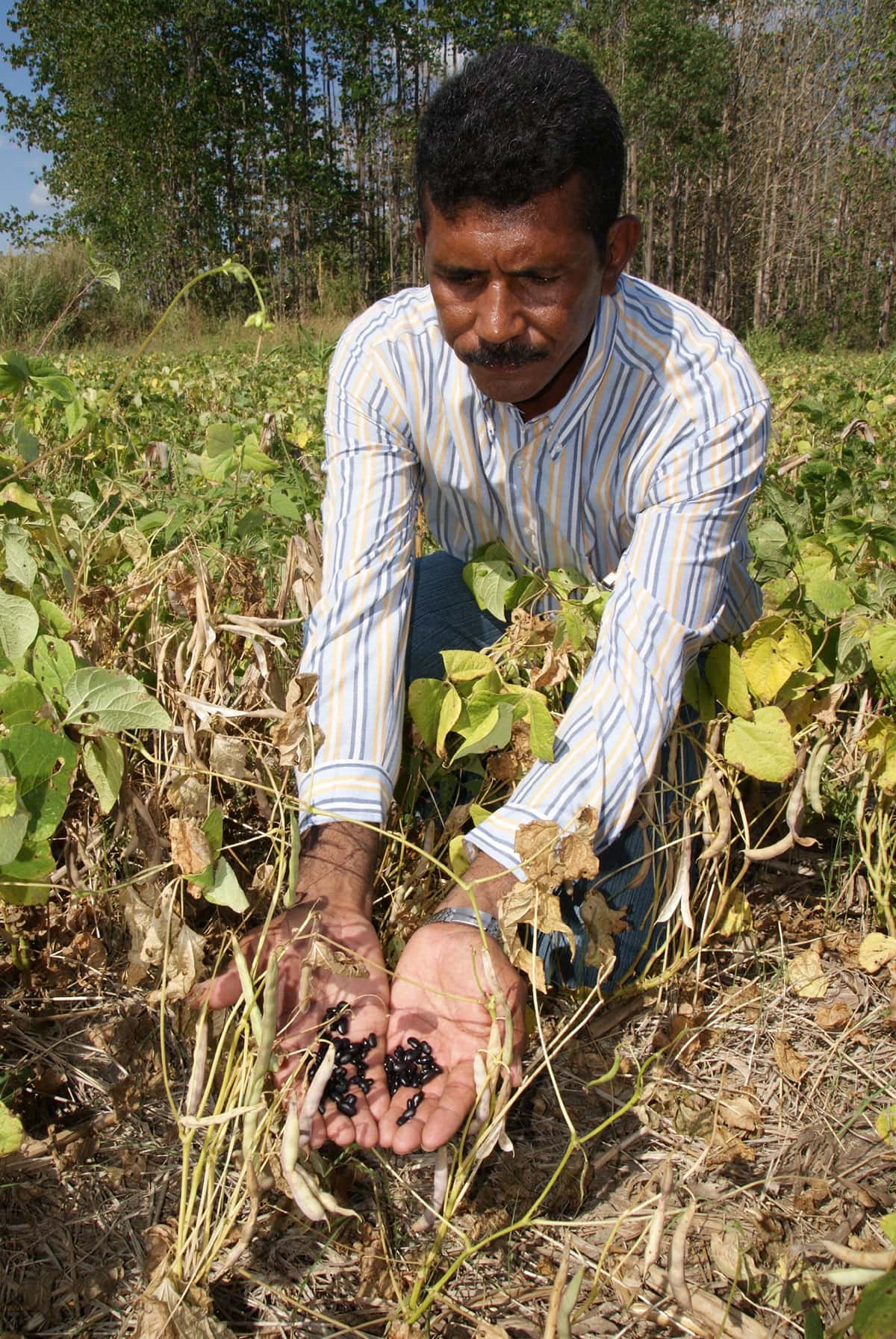 This California Adventist community outlives the average American by a decade. They eat a vegetarian or a vegan diet of leafy greens, nuts, and legumes, which they get directly from the Bible. Every week, they observe the Sabbath and downshift for 24 hours.

Many Adventists remain active well into their 90s; Dr. Ellsworth Wareham, who is 95 years old, was told that a contractor would charge him $6000 to install a privacy fence in his yard.

He chose to do it himself rather than pay the contractor. He ended up in the hospital after three days of work, but Ellsworth was not on the table; he was the surgeon doing the open-heart surgery, one of 20 that month.

Marge Jetton, who is 105 years old, awoke every morning at 5:30 a.m., read her Bible, and ate a breakfast of slow-cooked oatmeal, almonds, and dates with soymilk and a prune juice shooter.

She’d then jump in her Cadillac and go to her volunteer positions for seven different organizations after riding her stationary bike for 30 minutes.

What ‘Blue Zone’ City Loma Linda, California Can Teach Us About Living Longer?

The advantages of a plant-based diet are undoubtedly helping Seventh-day Adventists live longer, but keep in mind that this religious group often avoids caffeine and alcohol.

There isn’t any alcohol available. Instead of coffee, it’s common to offer a coffee substitute such as Khafre Roma, which looks and tastes like coffee but has no caffeine.”

There’s no pressure or even opportunity to depart from your dietary practice because the Loma Linda Seventh-day Adventists have a “very strong social network tied to the Church,” as both Westerdahl and Buettner emphasize.

“In their social contexts, the climate is one where healthy choices are often the only option,” adds Buettner.

What Is The Secret To Loma Linda’s Population’s Good Health?

A “Garden of Eden” diet, no alcohol, coffee, or peer pressure to “cheat.”

Sardinia, an island off the coast of Italy, is home to the world’s oldest males. This group of shepherds walks at least 5 miles per day through the mountains.

This natural activity has all of the cardiovascular benefits you’d anticipate, plus it improves muscle and bone metabolism without the hammering you’d get from running marathons.

Whole-grain bread, legumes, garden vegetables, and fruits are staples of the traditional Sardinian cuisine. Meat is typically saved for Sundays and other special occasions.

Sardinians consume wine in moderation. Cannon au wine contains 2 to 3 times the number of artery-cleaning flavonoids seen in other wines.

These South Pacific islands, home to the world’s longest-living women, have numerous secrets to long life. Forming a moai is an Okinawa practice that provides secure social networks.

These safety nets provide financial and emotional help in times of need, as well as the stress-relieving assurance that someone is always there for them.

Children in Okinawa are placed in these devoted social networks at the age of five. Dan discovered a group of moai that had been together for 97 years, with an average age of 102. Every day, they get together to drink sake and gab.

If one of them fails to appear, the other four put on their kimonos and travel across the village to see how their friend is doing.

Okinawans also credit their longevity to the ancient Confucian chant Hara Hachi Bu, which encourages them to stop eating when they are 80 percent full to avoid overeating. In their family, they also have a strong sense of purpose. “Jumping into heaven,” as one centenarian put it as she held her great-great-granddaughter.

This little Aegean island’s inhabitants live 8 years longer than Americans. They have 20% fewer cancer cases, half as many heart attacks, and nearly no dementia. Ikarians follow a Mediterranean-style diet that includes plenty of fruits and vegetables, healthy grains, legumes, potatoes, and olive oil.

With a mid-afternoon break, Ikarians also downshift. People who snooze on a regular basis have a 35% lower risk of dying from heart disease. It could be because napping reduces stress hormones and allows the heart to rest.

Stamatis Moraitis, an Ikarian, came to America when he was 22 years old to pursue the American dream. He was a painter who quickly became successful, bought a house, married, and had three children.

At the age of 66 years, He was diagnosed with terminal lung cancer. Rather than dying in America, he returned to Ikaria and settled in with his parents.

He began to breathe the fresh air, and eat a Mediterranean diet. He established a garden after a few months, not expecting to ever harvest the veggies; 37 years later, he has a vineyard producing 200 liters of wine every year. He claims to have a secret. “I just forgot to die,” she says.

According to research, people spend around 90 percent of their life within 5 miles of their house.  Blue Zones collaborated with scientists to develop a blueprint for maximizing the Life Radius.

Individuals can design their kitchens to consume around 100 fewer calories and their homes to burn a few hundred more calories through physical exercise.

Small modifications like putting a bowl of fruit on the counter, serving food at the stove rather than on the table, and utilizing hand tools for yard chores are just a few examples.

Eighty percent of people in every community desire to change their health behaviors. It promotes a healthy lifestyle.

Policymakers can see a significant improvement in health by limiting the number of fast-food establishments and enacting smoking rules. If streets are made walkable and bikeable, parks are cleaned up, and the active option is made the easy option, total population physical activity can increase by 30%.

(D, The Blue Zones Solution, 2015) Smoking decreased by 8.8%, but healthy eating increased by 10.5 percent. Blue Zones then expanded to Fort Worth, Texas, and Kauai, Hawaii, and today operate in 27 locations across the United States. 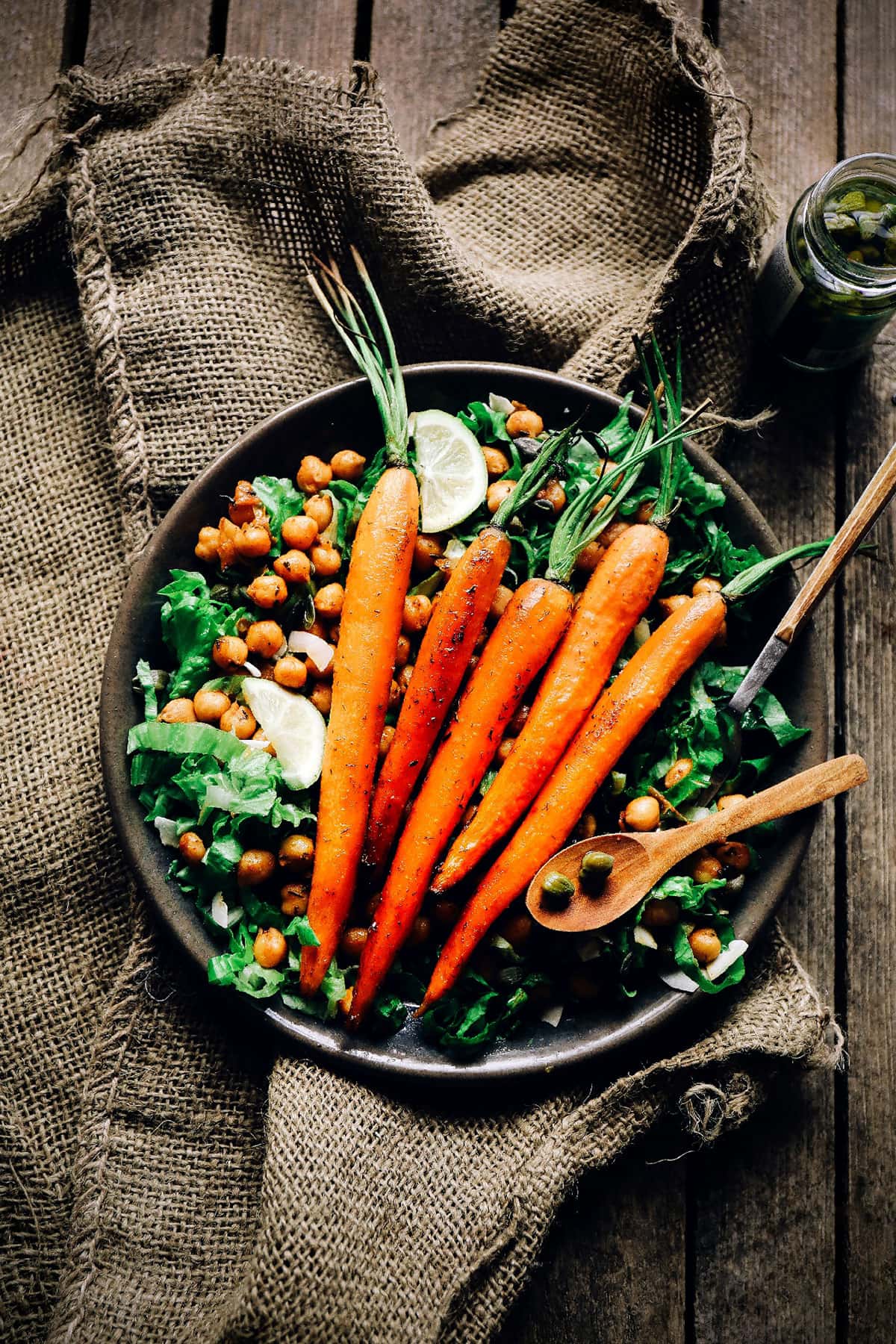 The Blue Zones initiative began as a means of identifying the healthiest lifestyles that lead to vitality and longevity.

Blue Zones is now a tool to build the healthiest lifestyles possible for individuals and entire communities, 12 years after the initiative began. The purpose of Blue Zones is to make a healthy living not only easy but also inevitable.

Poulain, M., Herm, A., & Pes, G. (2013). “Identification of a geographic area characterized by extreme longevity in the Sardinia island. The Blue Zones: areas of exceptional longevity around the world, 87-108. 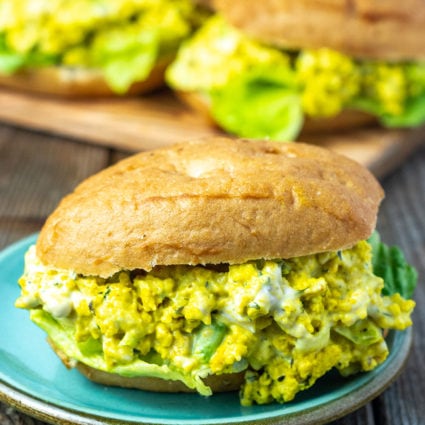 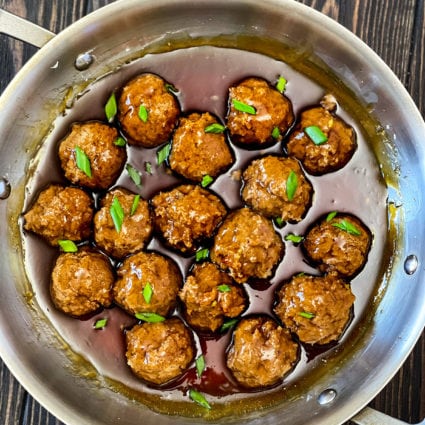 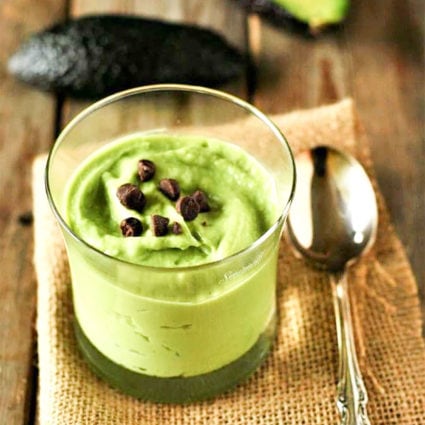