These cassava dumplings are chewy and hearty, a great side dish made with only 4 ingredients including water and salt. Cassava dumpling recipe that is high in fiber, made from freshly grated cassava/yucca and all-purpose gluten-free flour, boiled in water until they are light and floating. 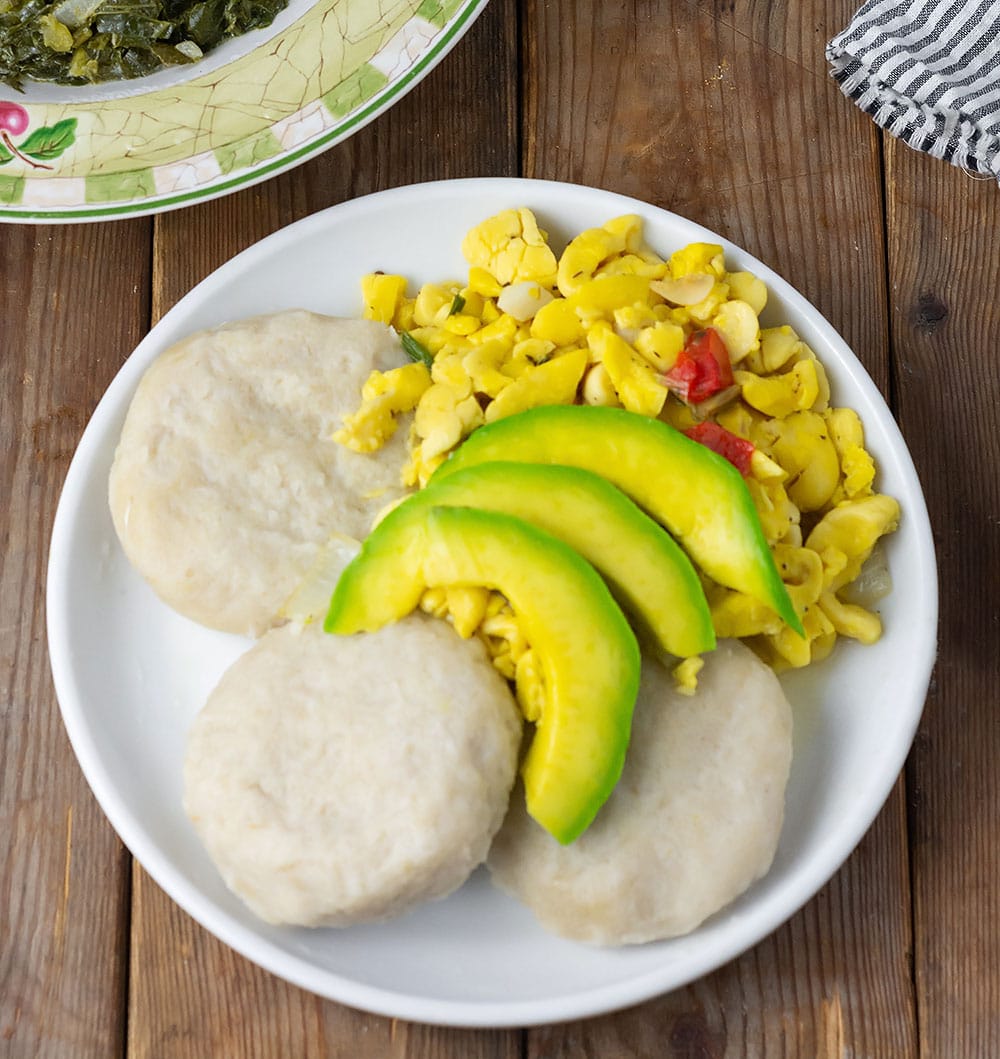 Yucca dumplings are delicious served with Vegan Ackee, Jamaican Vegan Run Down, and Jamaican Callaloo. I grew up in Jamaica eating boiled dumplings pretty often, it was a staple in my home, mostly made with white flour, salt, and water.

However my mom also added other ingredients to her dumplings as well, she also made cornmeal dumplings, green banana dumplings (my favorite), and cassava dumplings.

These cassava dumplings are vegan, gluten-free, grain-free, and easy to prepare, similar to my Jamaican Boiled Dumplings. 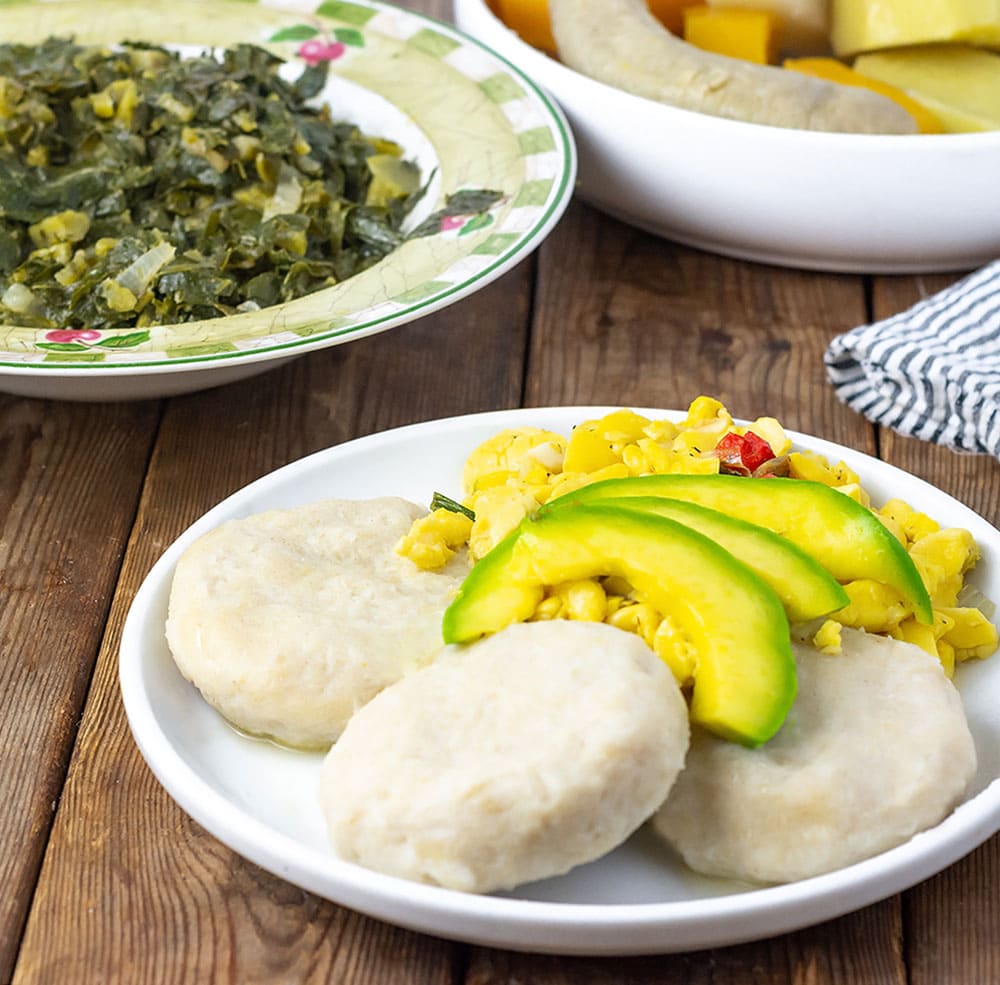 Two of my fondest memories of dumplings are, as a child spending summer holidays getting together with neighborhood friends to pool our money together to make a meal of large dumplings that we called ‘cartwheels’, ackees that were freshly picked from our tree and roasting breadfruit with limeade, the food was cooked on open fire outdoors.

My second memory was as a nursing student in Leicester England, I visited my friend Danielle who lived with her family in Paris, I knew little French at the time. Her Sister-in-law who didn’t speak English prepared a stew of lima beans with lots of dumplings that were very delicious. I wanted to share my gratitude so I kept saying, ‘Je T’aime Dumplings, Je T’aime Dumplings’. Everyone had a good laugh. 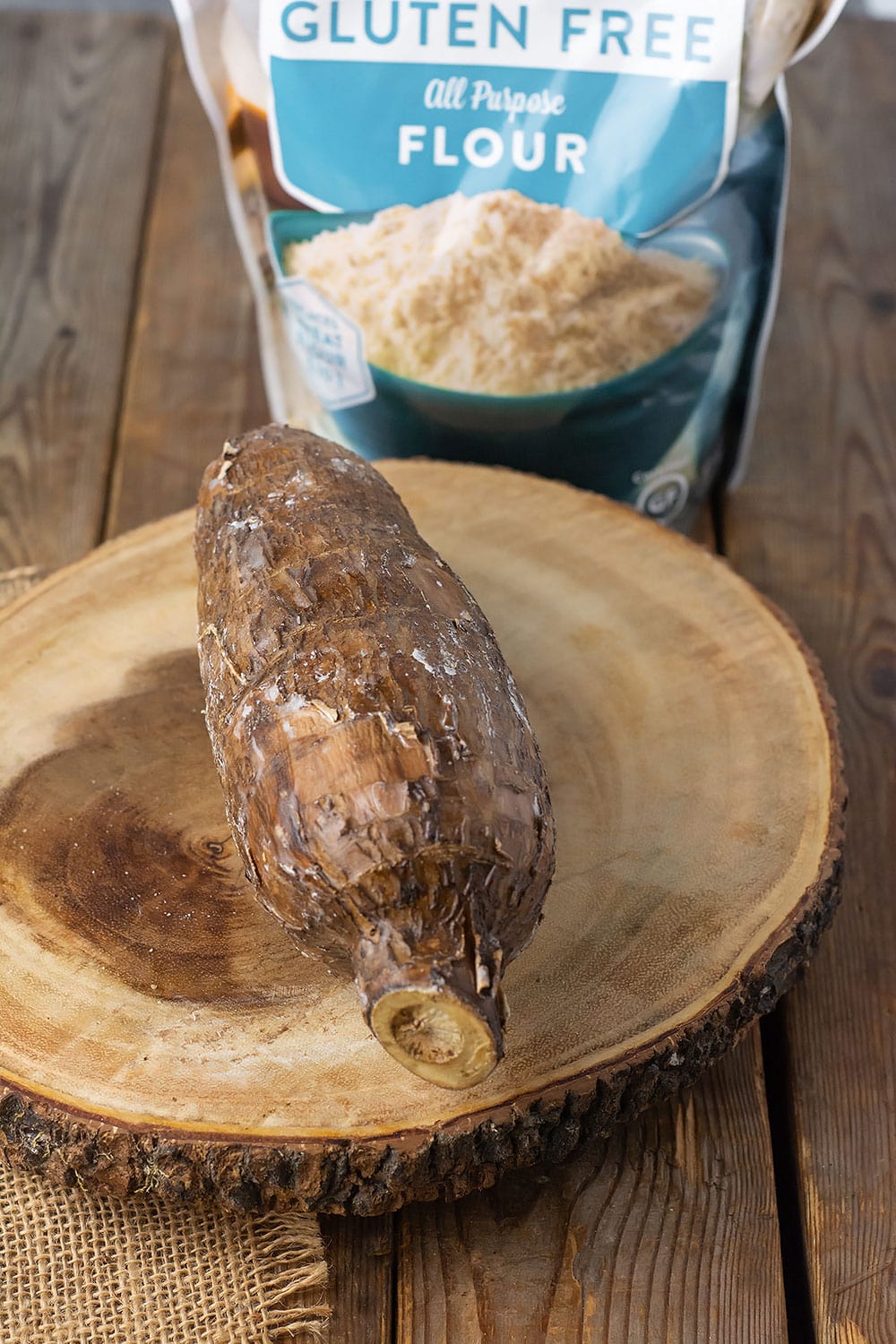 Cassava is a tuber that is native to South America, it is grown in tropical regions. The tuber needs to be cooked before eaten or else it can be toxic. Cassava can be used in place of potatoes in recipes.

How To Peel Cassava?

How To Grate Cassava?

How To Make Cassava Dumplings?

How To Store Cassava Dumplings?

Store leftover cassava dumplings in the liquid they were boiled in a container with a lid, place in the refrigerator after they are cooled, they will last for about 3 days.

Traditionally we drain leftover dumplings, slice them in half in the center, and fry them or lightly saute in oil until golden brown and crisp, delicious served as a breakfast side dish.

What To Eat With Your Cassava Dumplings? 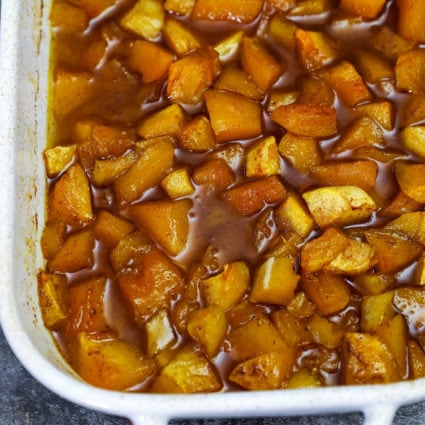 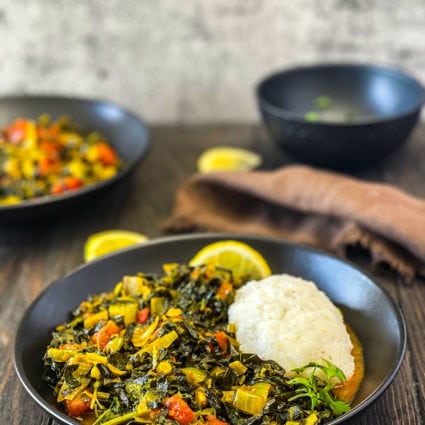