Scotch bonnet pepper is popular in the many Caribbean and African countries. It is a variety of chili pepper,  Its distinct fruity and spicy flavor makes it popular in many signature Jamaican dishes that are loved worldwide. 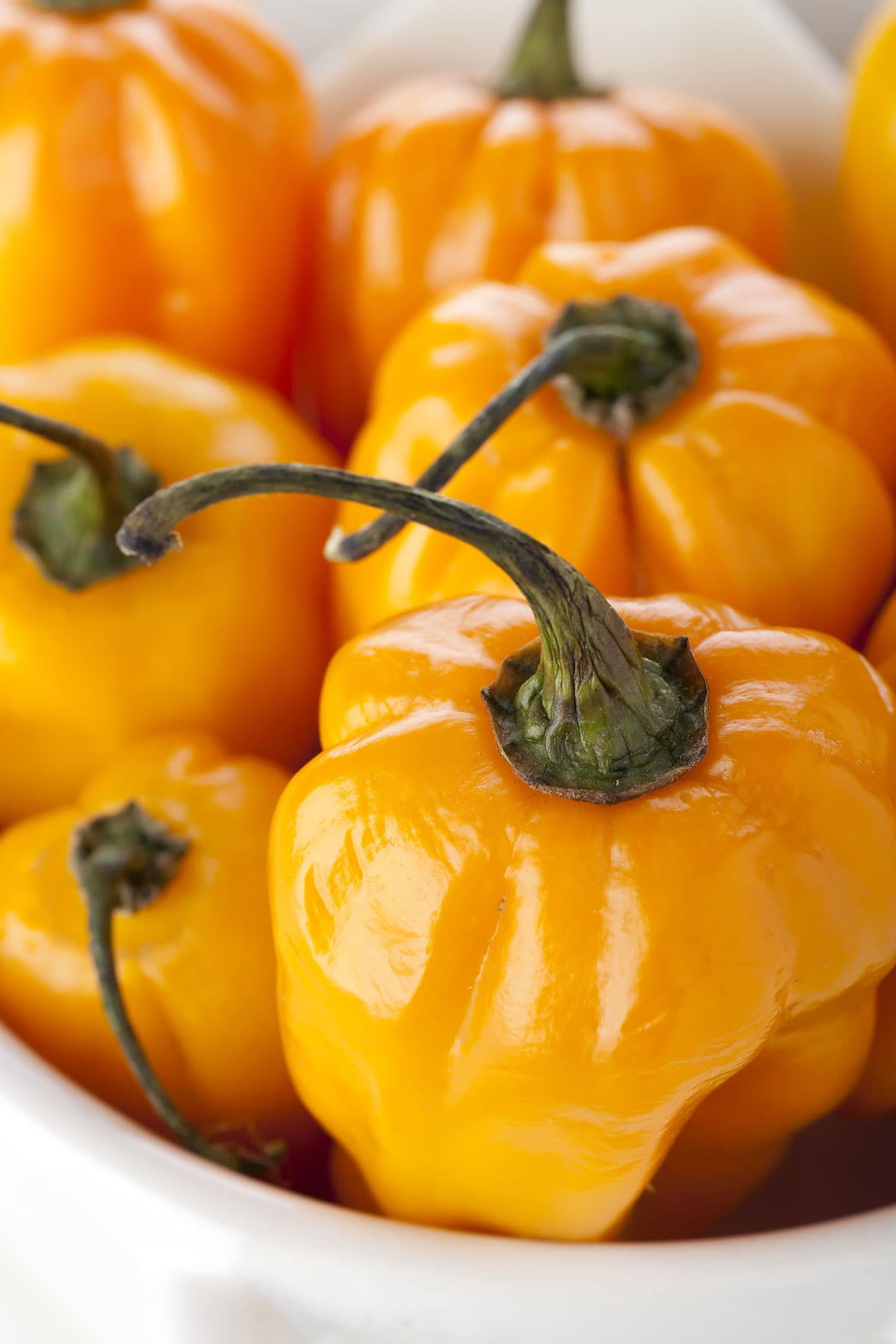 can tell you; I cook with Scotch Bonnet Pepper all the time and it is amazing! It is a must in Jerk Sauce and Red Peas Soup.

Did I say that it is amazing already? Well, let me say it again, it’s amazing!  Where are my manners? What’s popping y’all? How are you lovely folks doing? A quick hello to all my Caribbean and West African h-steppers today!

And to my other lovely and just as amazing h-steppers across the globe thank you for joining us and a massive hello to you too. So, I know you guys are intrigued by what we are coming up with for this article, so without further ado let’s explore! 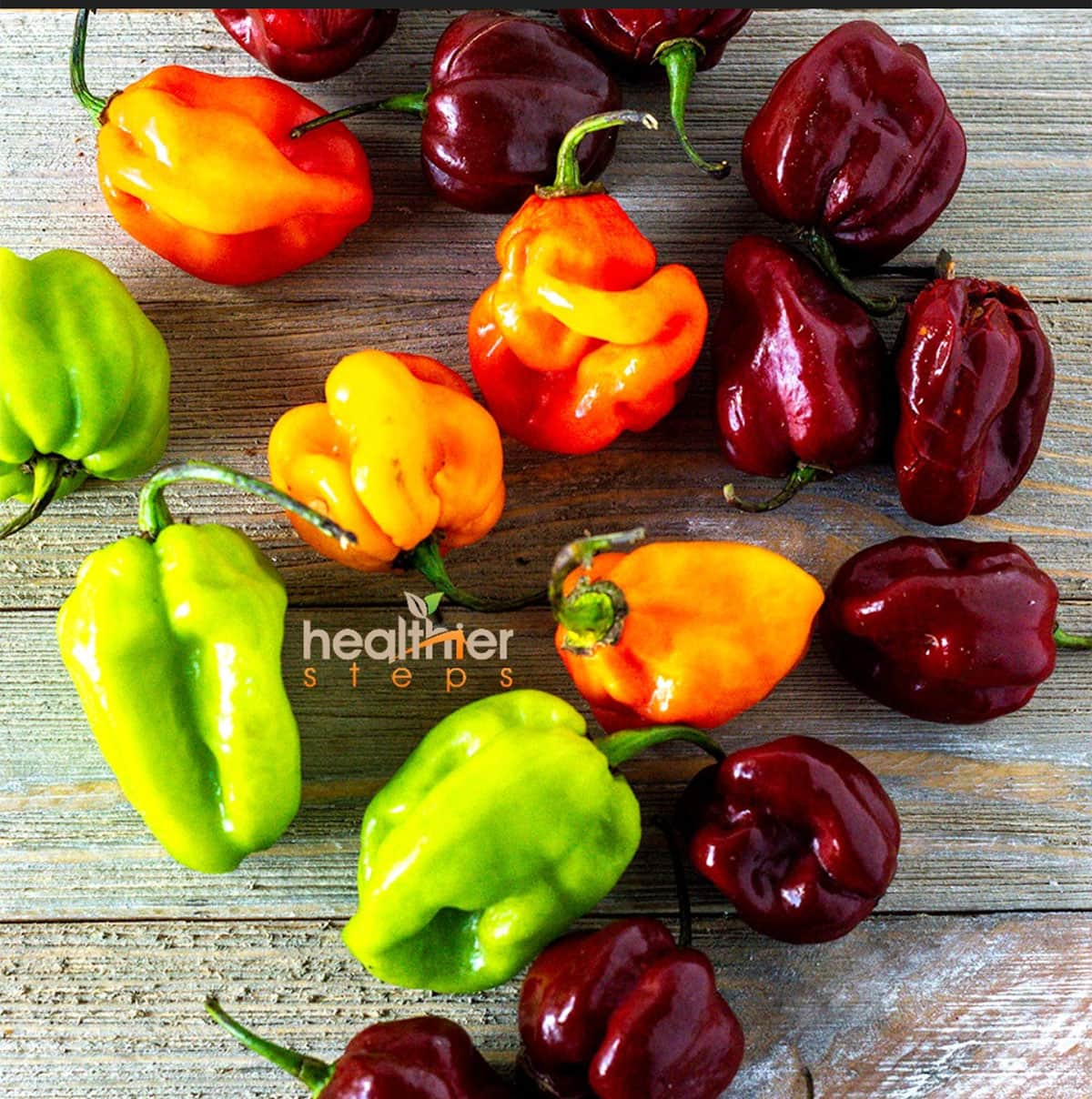 What Is Scotch Bonnet Pepper?

Scotch bonnet peppers are a type of chili peppers that produce fruits from its evergreen, perennial, and tropically grown plant. The fruit pods are usually shaped like a bonnet that is about 1.57 inches in size or above.

In addition, it usually has four bulbous ridges/edges at the bottom that normally sports the colors; yellow, orange, red, and even green. Scotch bonnet peppers are known to have a Scoville heat range of 100,000–350,000 Scoville units. Scoville heat is the potency of heat/spiciness based on the concentration of capsaicinoids within peppers, especially, chili peppers invented by the American pharmacist Wilbur Lincoln Scoville in 1912.

‘Scotchy’ is a common nickname used in Jamaica for scotch bonnet peppers. It got its name due to its similar appearance to the Scottish bonnet/hat- Tam o’ Shanter.

However, in other places, it may be known differently. For example, Bonney peppers, Caribbean red peppers, Boab bonnets, Scotty bons, Martinique pepper, goat peppers and more. So, there was a reason for my earlier hail to the Caribbean and West African h-steppers first. This is because Scotch Bonnet peppers are ubiquitous in West Africa and the Caribbean-especially in Jamaica.

Other islands where scotch bonnet pepper is used are Guyana, Haiti, Cayman.

I grew and cook with scotch bonnet all the time, the flavor is matchless. It is fruity and spicy, initially, it tastes sweet then the heat follows.

I love to cook with it whole for the sweet flavor it brings to the dish without the heat, it can literally take any savory dish to the next level.

The fruity flavors remind me of pear and cherry. It is especially popular in Rice And Peas, Pumpkin Soup, Stew Peas, 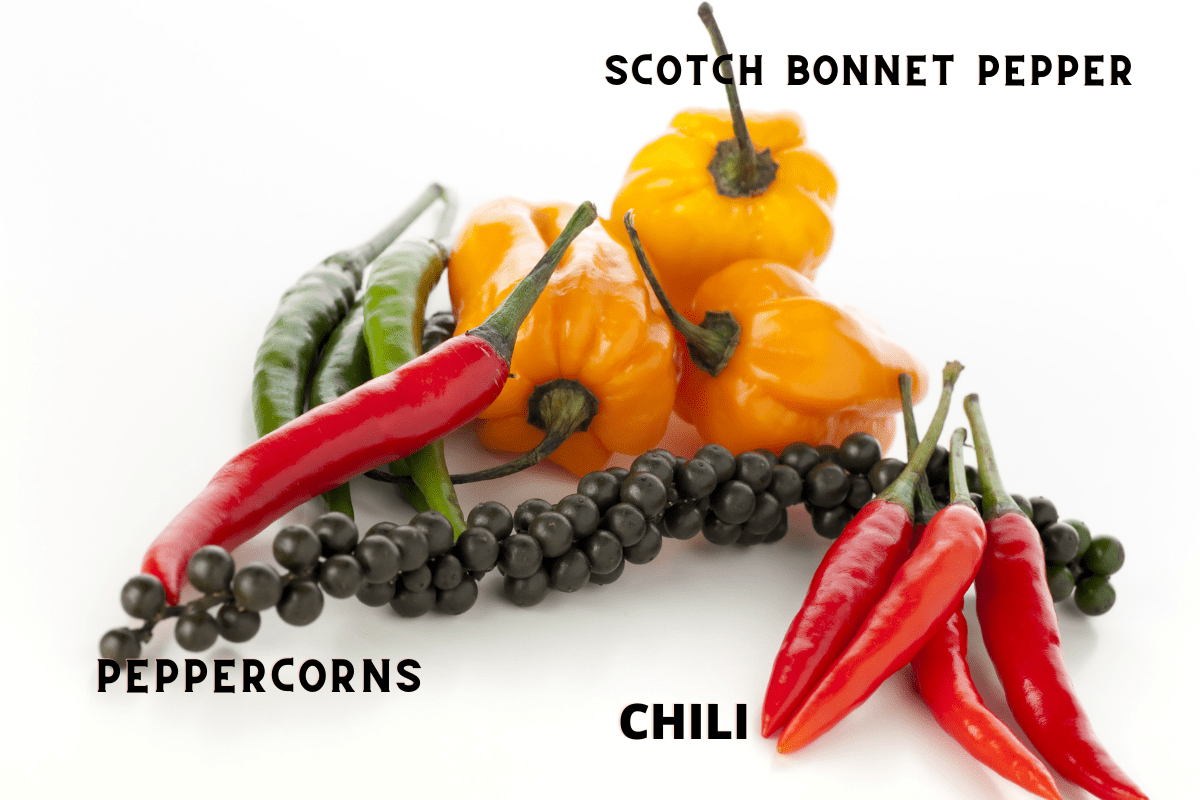 So, let’s switch it up a bit, under this section we will try and answer a lot of typically /commonly asked questions. Let’s start!

Where Can I Buy Jamaican Scotch Bonnet Peppers?

You can buy this at any of your local Caribbean or Latino supermarkets they should have it because the pepper is quite popular. You may even check your local farmer’s market too, however, you can purchase Dried or Powdered Scotch Bonnets.  They are easy to grow so you can Purchase Seeds Online.

How Do You Store Scotch Bonnet Peppers?

You can store them in a resealable zipper bag then place them in the refrigerator or the freezer. You will find, however, that freezing them will allow for longer storage than about 2-3 weeks.

Are Scotch Bonnet Peppers The Sam As Habanero Peppers?

No, but they are quite similar because they belong to the same family- Solanaceae or nightshade family. Hence, they are relatives and varieties of the Capsicum chinense.

Is Scotch Bonnet The Hottest Pepper In The World?

No, but they are hot though! Scotch bonnet peppers can brag a Scoville Heat over 350,000 SHU. Make sure you handle Scotch Bonnet with Care. It is best to wear a rubber glove when chopping up your pepper. Cut out the seeds and membranes and discard them to reduce the heat, or cook with the whole pepper.

Which Is Hotter Scotch Bonnet Or Habanero pepper?

Scotch Bonnet is actually higher on the Scoville scale in heat potency than a habanero pepper. So, scotch bonnet peppers are hotter.

So, I’ll say this many times, peppers don’t just act as enhancers to your dishes but they are nutritious too! Scotch bonnet peppers are no exception. Let’s find out!

Yes, it’s that time! Here are a few components that are found in Scotch Bonnet Peppers:

The carotenoids, flavonoids, Vitamin C, Vitamin A, Vitamin E, and magnesium found in scotch bonnet peppers make it have antioxidant properties. Antioxidants are like the stop button for the free radicals that are byproducts of the process of oxidation.

Free radicals are highly reactive due to the free unpaired valence electrons (these electrons are what give the atom its properties as well as participate in chemical processes) that they have.

These said free unpaired valence electrons can stimulate other reactions that may lead to cancer and other diseases. Antioxidants also help to reduce the aging process, boost the immune system and assist with metabolic processes.

The capsaicin in peppers contains metabolism-boosting properties. But why having a good metabolism is important? Because it helps to maintain life-sustaining chemical reactions in living organisms.

There are basically three main purposes of metabolism, are: to convert food to energy in order to run cellular processes, to convert food/fuel to building blocks for proteins, lipids, nucleic acids, and some carbohydrates, and thirdly the eradication of metabolic wastes from the organism.

Metabolism has other purposes too like transporting substances from one cell to another, but all these enzyme-catalyzed reactions allow organisms to grow and reproduce, maintain their structures, and adapt and respond to stimuli within their environments. Yup, to me that’s awesome!

The presence of capsaicin in scotch bonnet peppers, as well as other components, makes this pepper capable of reducing the risk of atherosclerosis, coronary heart disease, and hypertension.

So, despite adding scotch bonnet peppers to your meals as an enhancer, you will get a nutritious enhancement to your body as well. Scotch Bonnet peppers are really popular in the Caribbean where it is used in the famous Jamaican rice and peas, One-Pot, Stews, Curries, Soups and more! So, as the saying goes, “don’t knock it, until you try it!”. It’s always a blast to share and explore with you guys. But yet another article has come to an end. So, until next time be safe and eat healthily! 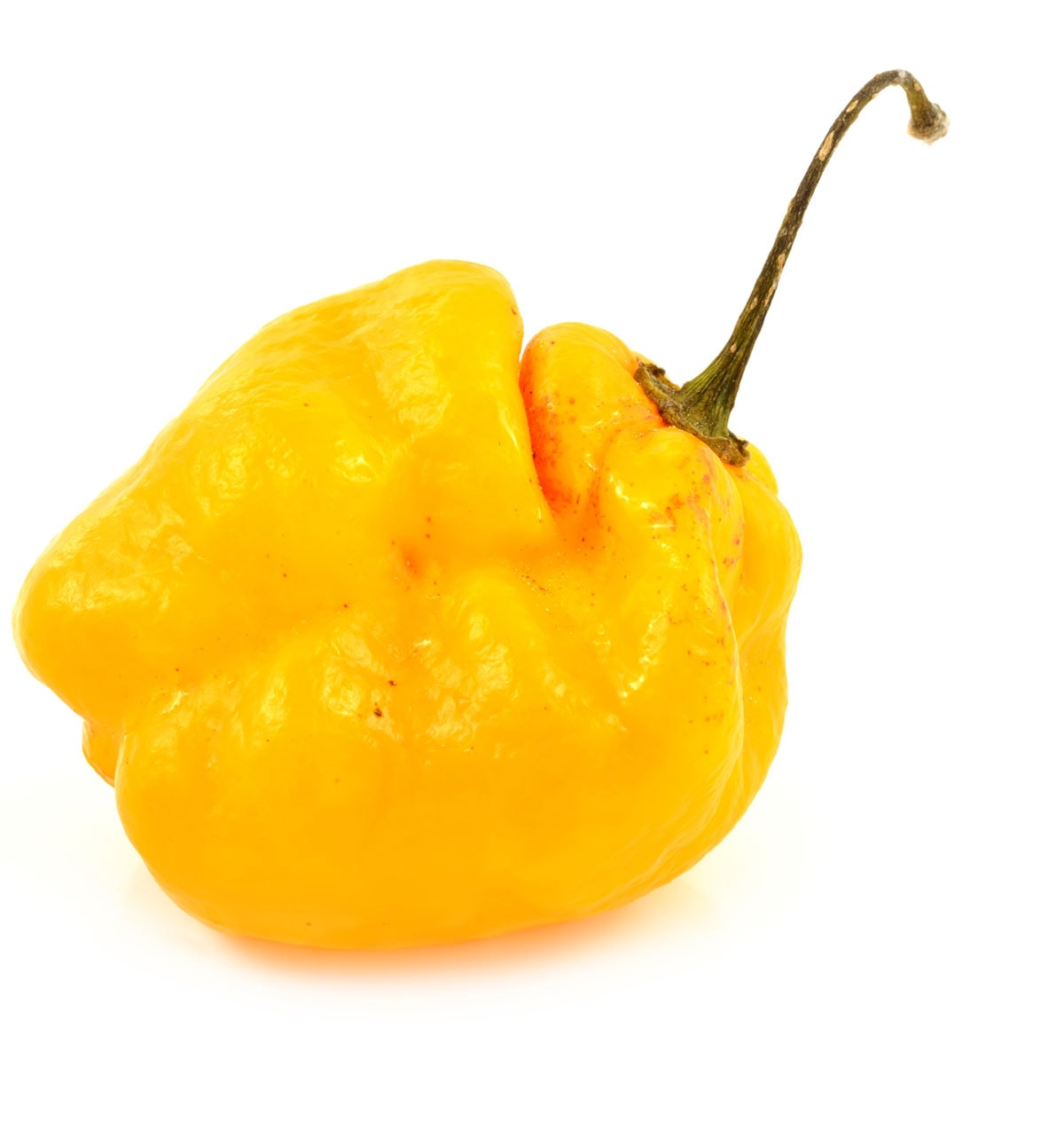 Join our Facebook groups, sharing lots of delicious vegan and gluten-free recipes, health tips, etc., from our members. Please join us and invite your friends to Gluten-Free and Vegan For Beginners and Vegan Recipes With Love

Hiiiiiiiiii! A lot of 'i's I know! By now you must can tell that I'm a jovial person but I am quite dynamic. I have a passion for creativity and writing, but I love to explore and try new things, especially food! Afterall I live in a country whose cuisine is delectable! That's right I'm a Jamaican- "we likkle but wi talawah!"

View all posts by Tavauné Cunningham →
You May Also Like 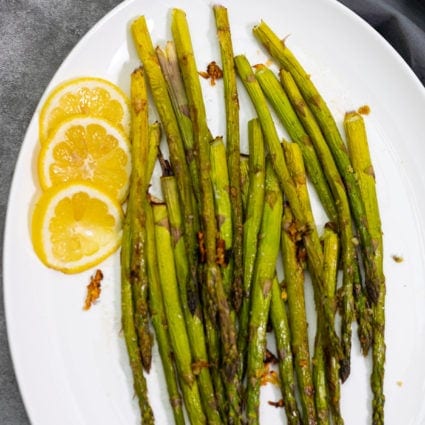 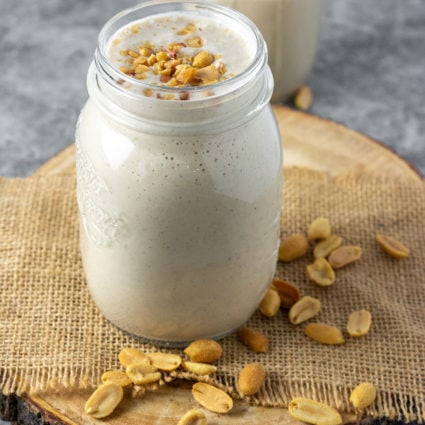