Creamy black rice pudding is the perfect vegan, gluten-free decadent breakfast, snack or dessert. Black rice is cooked with coconut milk, coconut sugar, and spices until creamy. It is topped with coconut flakes, banana, and mango slices to create such a satisfying dish. 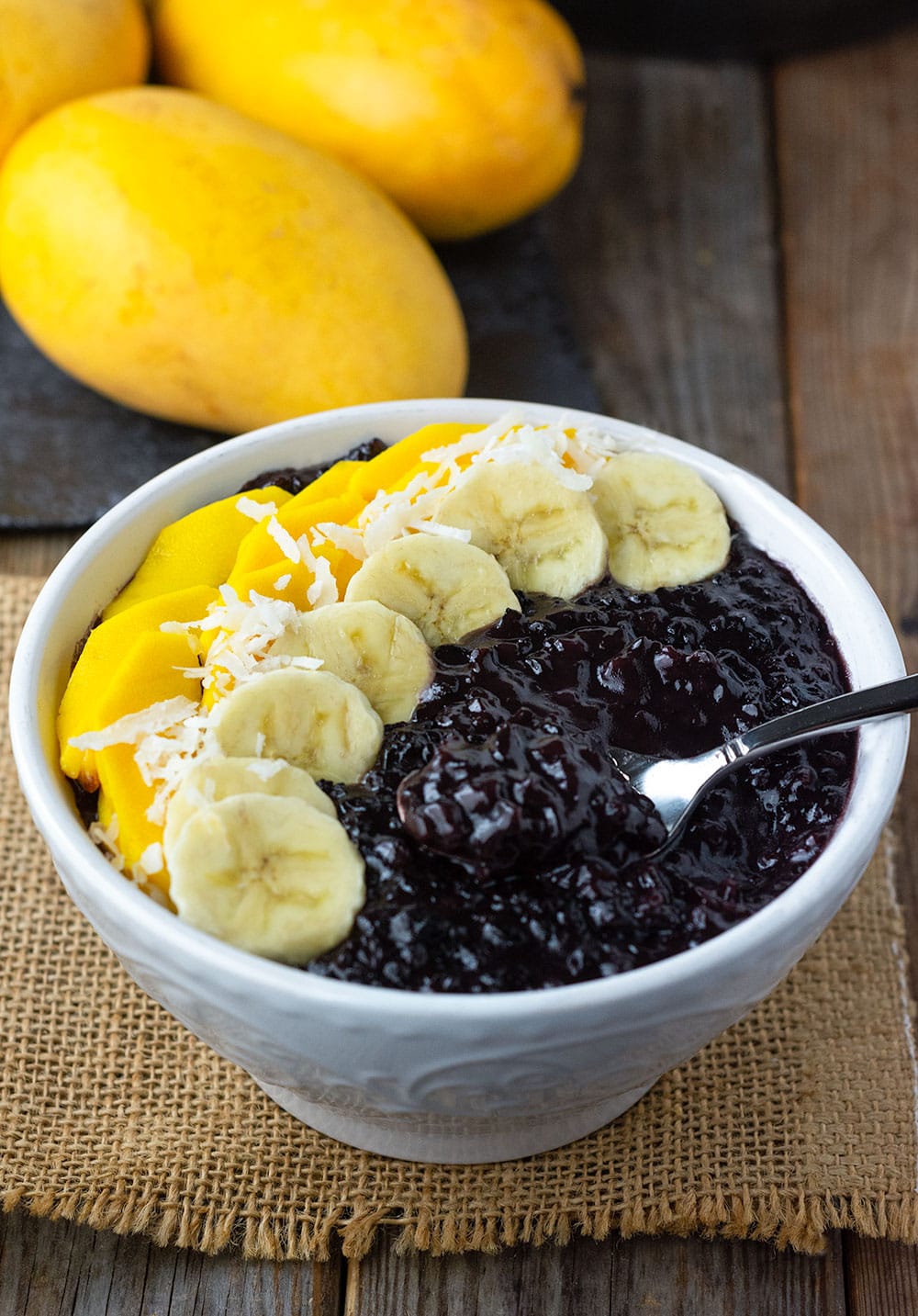 It is usually cooked with coconut milk and served with mango and banana.

Basically, that’s how I like my breakfast porridges, cooked in coconut milk, such as my Jamaican Cornmeal Porridge, Buckwheat Porridge, Quinoa Breakfast Bowl, and Banana Porridge.

My black rice pudding has a rich flavor, creamy and slightly nutty. I’m planning to eat a lot more black rice and substitute it for brown rice in many of my savory dishes. I added cinnamon to the recipe but you can substitute with 1/4 teaspoon of both cardamom and ground coriander. 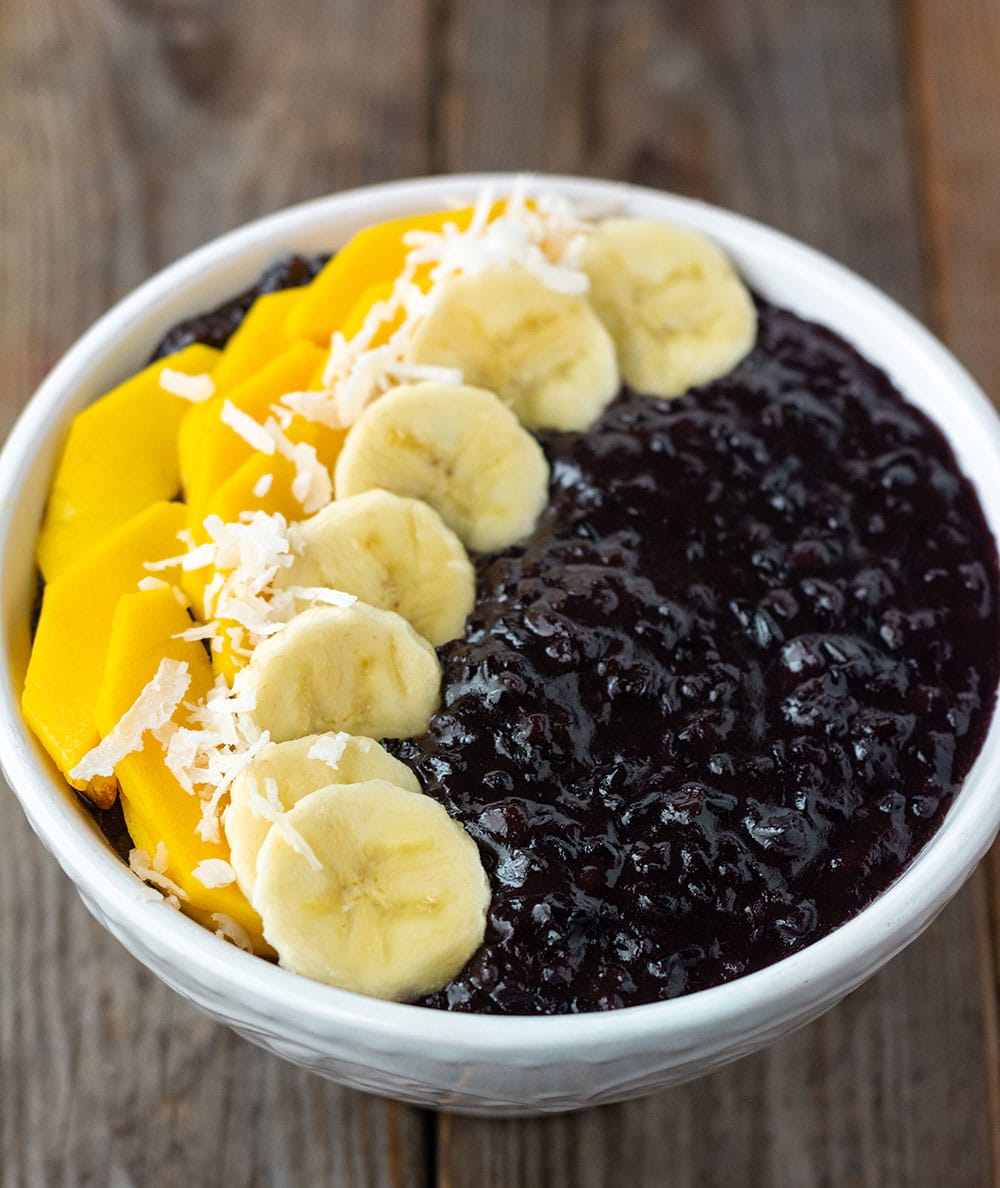 What Is Black Rice?

Black rice is a variety of rice that has a deep purplish-black color. It is found in many Southeast Asian countries, including the Phillippines, Malaysia, Thailand, and Indonesia.  Other names for black rice are purple rice, Thai Jasmine black rice, black paddy’s rice, and black Japonica rice. Some of the varieties are the sticky glutinous rice, which has a mild nutty taste.

Absolutely! The reason why black rice has that beautiful color is that it contains anthocyanins. As a grain, black rice contains the highest levels of anthocyanins, even a higher level than blueberry.  These compounds are powerful antioxidants that combat diseases such as heart disease, cancer, and diabetes. Anthocyanins are also found in blackberries, red cabbage, and plums.

Where To Buy Black Rice?

Black rice can be purchased at a health food store, some grocery stores, Asian supermarkets, or online on Amazon.

How To Cook Black Rice Pudding?

Other Rice Recipes To Try: 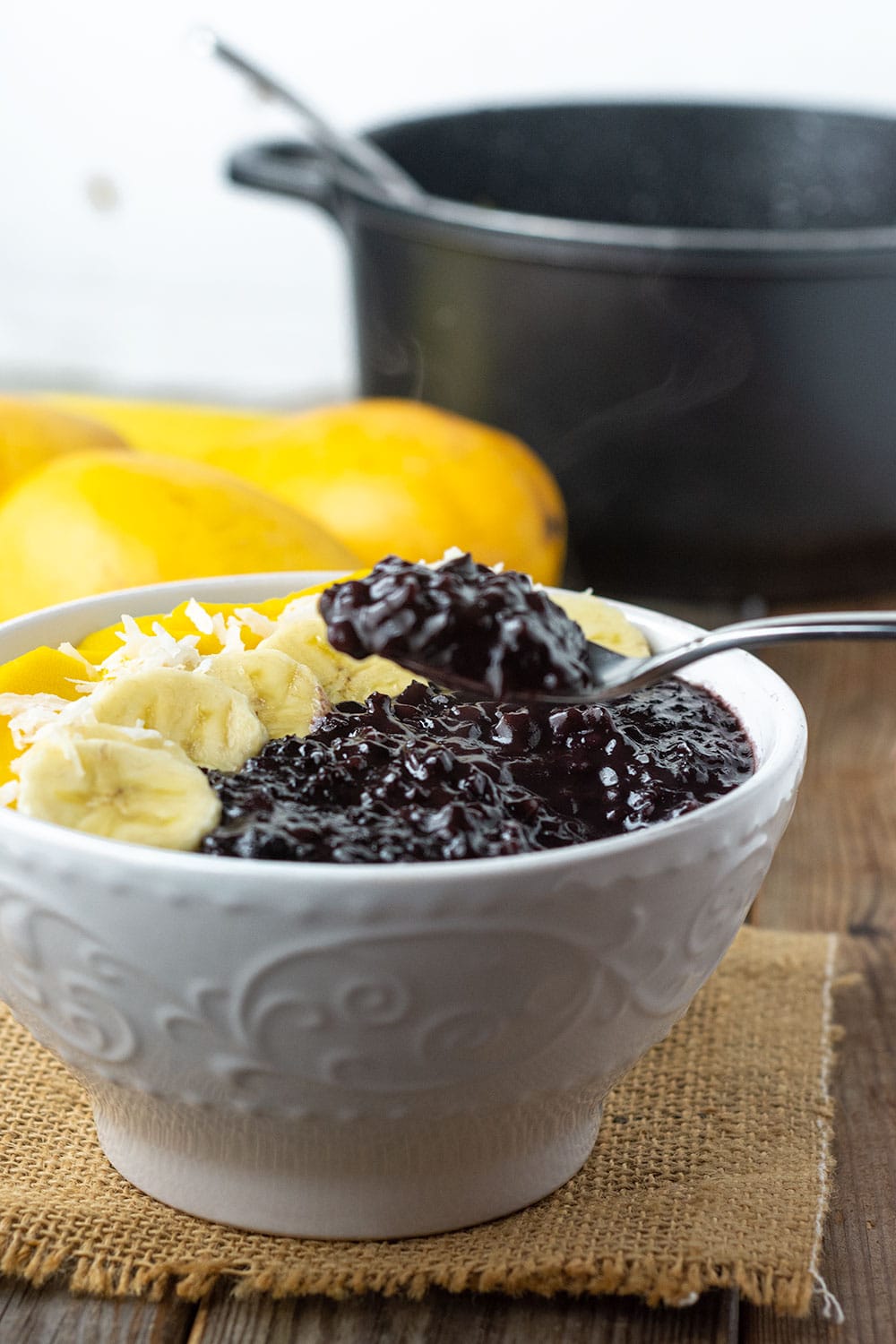 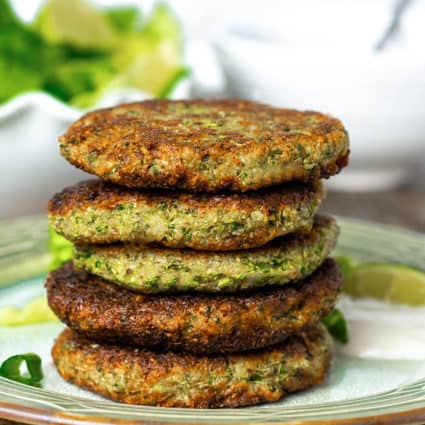 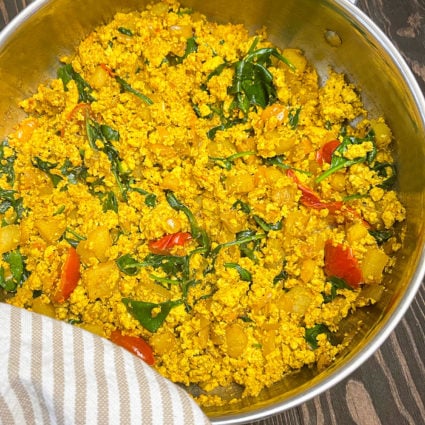 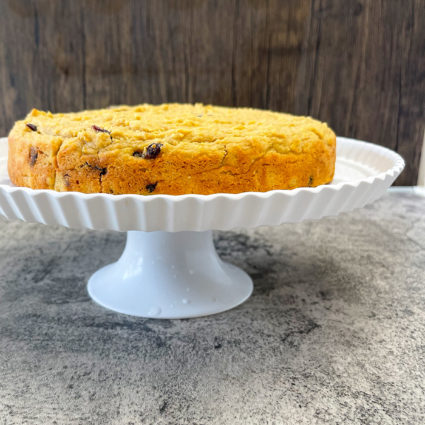