Enjoy gluten-free vegan sausage that is packed with delicious flavor, incredibly moist in the center, and crisp on the outside. Serve this sausage for breakfast or brunch, or you can sauté with onions and peppers for an easy weeknight dinner. 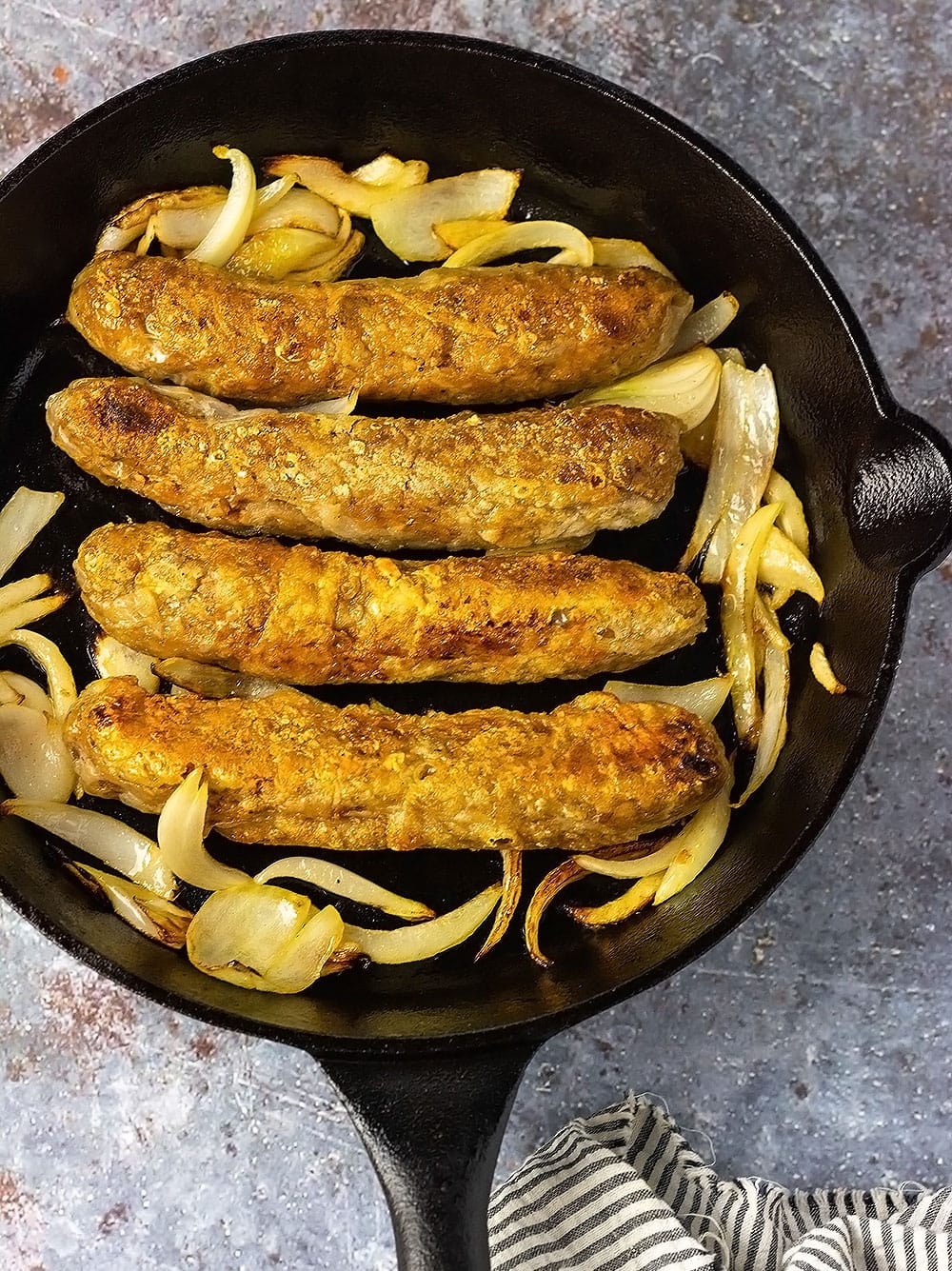 Simple homemade sausages made with the perfect combination of spices, herbs, and ground walnuts. Serve this plant-based, protein-packed, naturally gluten-free breakfast to keep you going all morning!

Hi dear followers! I am so excited to share my new Gluten-Free Vegan Sausage recipe!

You know that I love to cook, and I greatly love trying new things! I’m always looking for fun, delicious recipes that you can whip up in a flash. Well, this “Gluten-Free Vegan Sausage” is one that I think you’ll love.

These sausages are SO delicious. They’re gluten-free and vegan—and, if you haven’t already guessed it—they taste just like regular sausage!

This Gluten-Free Vegan Sausage recipe is made from the finest, locally sourced ingredients. But it doesn’t stop there.

I want you to feel great every time you eat a meal—and that means sticking to your diet but also enjoying every bite you take. And the best part of these vegan sausages is that they’re so much healthier than regular sausages. They don’t pack on the calories, and they have vitamins and nutrients that aren’t in regular meat sausages.

That’s why I made these Gluten-Free Vegan Sausages, which are delicious and nutritious!

No more having to sacrifice flavor for your health: with these Gluten-Free Vegan Sausages, you can have both!

I’ve made them for my family a bunch of times now, and they rave about them each time. My husband actually says he likes these better than his normal sausages, which is a great compliment from him!

They’re great to eat by themselves or as part of a meal—I love to add them to pasta with some veggies on the side.

Scroll down for the detailed recipe, but I suggest reading the complete article for useful tips and suggestions if you want to make a perfect recipe every time.

Why Should You Make Your Own Sausage?

I liked store-bought vegan sausages when I was vegan but not gluten-free. It’s a real struggle to find gluten-free sausage alternatives. SO MANY contain gluten, which leaves me in the lurch due to my gluten intolerance. So I decided to roll up my sleeves and give it a try!

Many vegan sausages sold in stores contain vital wheat gluten. By making your own, you have complete control over the ingredients. You can customize it to meet your dietary requirements as well as your personal taste preferences by adjusting the spices. There’s no reason to buy it again because it’s so simple to make!

These sausages are vegan, gluten-free, and sugar-free. They are the perfect homemade sausages and are alternatives to the Beyond Meat Sausage. Serve these absolutely tasty vegan sausages with my Vegan Gravy, Vegan Instant Pot Mashed Potatoes, Vegan Breakfast Skillet Potatoes, or Easy Tofu Scramble. 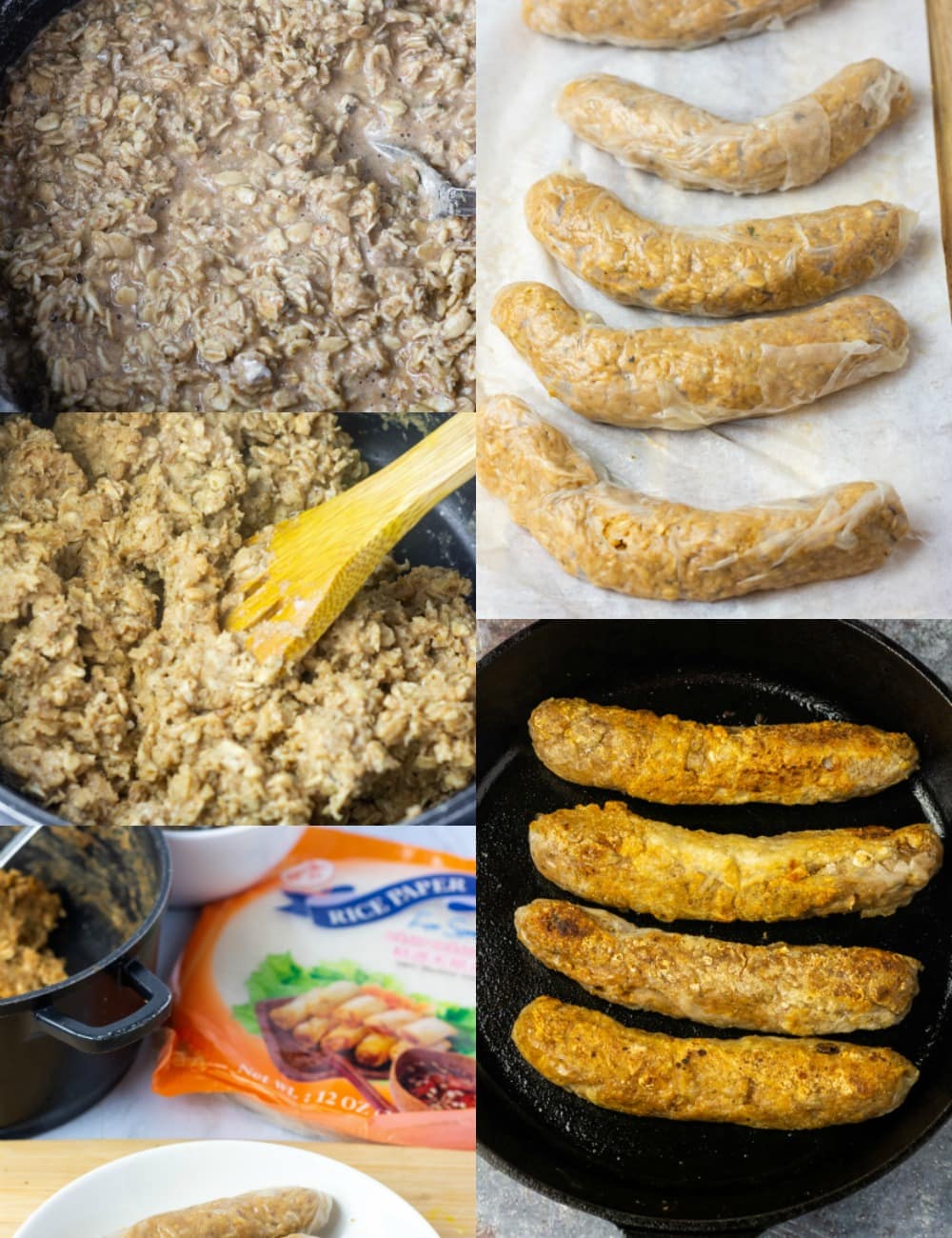 This week I will be teaching cooking classes, so as I was going through My Cookbook and deciding what recipes to prepare. I found my breakfast sausage recipe, which really caught my attention. I decided to make an updated version by adding extra spices and wrapping the sausage with rice paper, which took these sausages to another level.

I had tried to order some vegan sausage casing online but couldn’t find any, so I decided to find an alternative. I found that rice paper, traditionally used for making spring rolls, works perfectly as a casing for homemade sausage.

The idea for using rice paper as a casing came from hiddenveggies.com. Rice paper can be found at Asian supermarkets, grocery stores, health food stores, or on Amazon.

How To Make Gluten-Free Vegan Sausage?

This recipe meets all of the requirements for a hearty, healthy, and flavorful vegan sausage, in my opinion! It’s amazing what a few walnuts, onions, and seasonings could do for a meatless sausage.

Furthermore, unlike most other vegan recipes, this one does not contain wheat gluten (seitan). This makes it completely safe for gluten-free individuals!

With this recipe, you can adjust the seasonings to suit your own preferences and even substitute different ingredients based on your dietary requirements (such as replacing the seeds for nuts). Do you want spicier or smokier sausages? – It’s no problem!

To make these gluten-free and vegan sausages, you just need to follow the following steps:

This recipe pairs well with simple dishes such as

These sausages can be used in burgers and sandwiches.

I think it would be great on a breakfast sandwich, too, with either a vegan scrambled egg or a fried egg. Basically, the possibilities are limitless.

You could also prepare a vegan casserole dish or slice and serve it on top of pizza or other salads and pasta dishes. 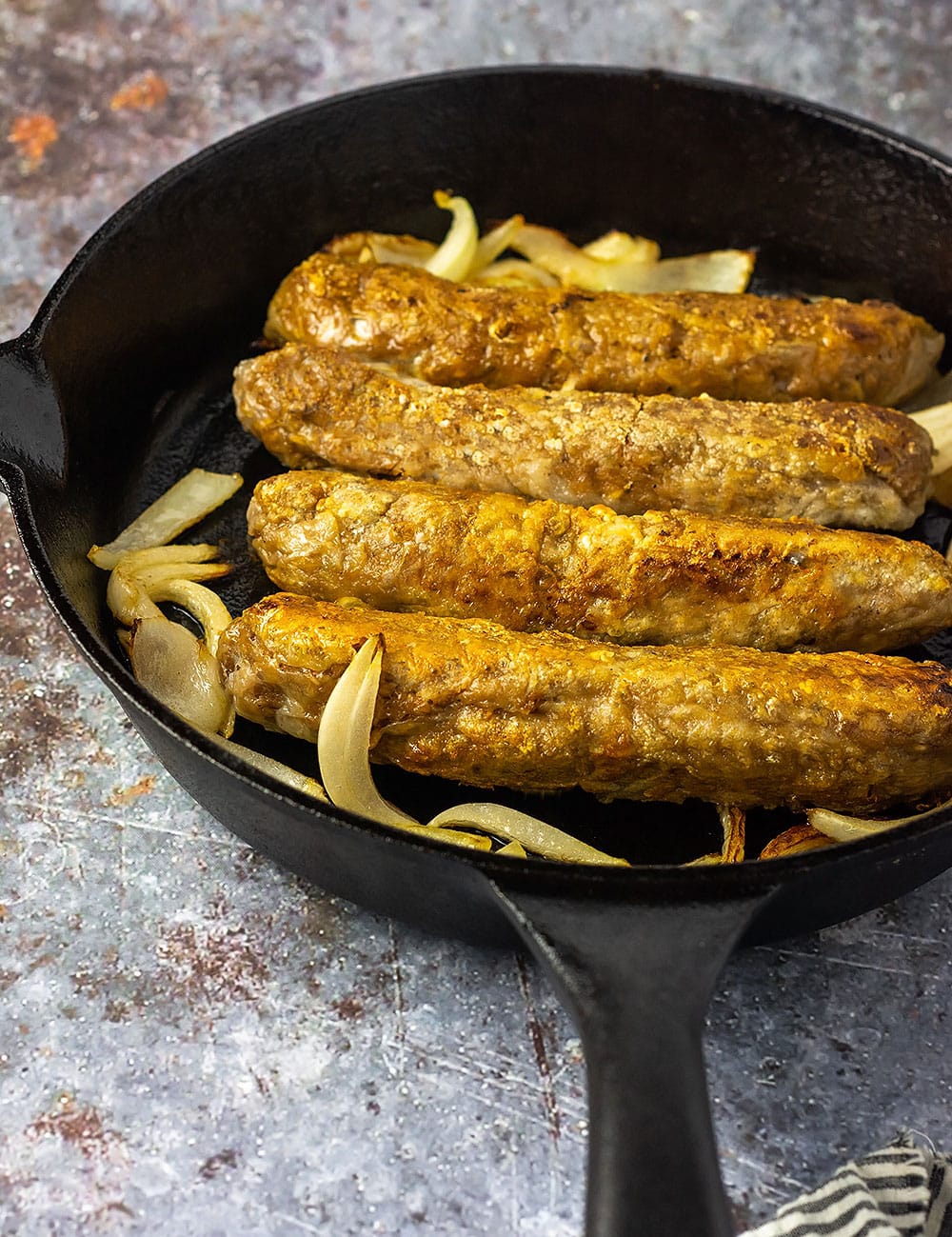 Is Every Veggie Sausage Vegan?

No, not all the veggie sausages you can buy at the supermarket are actually vegan. Many contain eggs, and some contain dairy, so read the label before purchasing vegan sausage.

Gluten is present in most vegan sausages. Indeed, wheat gluten is the primary ingredient in the majority of vegan sausages available at your neighborhood supermarket.

Can I Cook These Vegan Sausages On The Grill?

Yes! On the grill, these sausages are fantastic! Simply brush them with oil prior to grilling to prevent them from sticking to the grate. Grill them for 7-10 minutes on medium-low heat, depending on the temperature of your grill.

How Do I Make Various Vegan Sausages?

To make a variety of vegan sausages, start with the same basic sausage filling recipe and change the seasonings as needed (see variation section above).

How Do I Keep Gluten-Free Vegan Sausage That I’ve Made at Home?

I recommend keeping only what you will use in the next week or less in the fridge. After cooking a portion, freeze the remainder.

If you’re going to freeze a batch, undercook them slightly.

Then simply remove what you require for a single meal and cook it until thoroughly warmed.

Can I Freeze Gluten Free And Vegan Sausages?

Yes, I’ve done it with this recipe, and it’s fantastic! Let cool the sausages completely, and then freeze them in a freezer-safe Ziploc bag or container. After letting the frozen sausages thaw for a few hours at room temperature, you’re ready to grill/cook/roast/whatever! They look brand new!

Gluten-free sausage is made without the use of gluten-containing ingredients. Gluten is commonly found in processed foods, including sausages, so those with gluten sensitivities should look for and select gluten-free sausage.

What Are The Ingredients In Vegan Sausage?

The main ingredient in many vegan sausages is vital wheat gluten. Nuts, oats, beans, lentils, or vegetables are used in other gluten-free varieties.

Is It True That Vegan Sausages Are Unhealthy?

Depending on the recipe, of course! Some store-bought varieties might not have the best ingredients. If you have special dietary requirements, check the label before buying to make sure it’s appropriate. Make your own using this recipe, which is made with all-natural ingredients, to ensure that it’s healthy.

The following are the most frequently asked questions about ingredients.

Nutritional Yeast Flakes are a staple in our kitchen. It contains B vitamins and imparts a pleasantly cheesy flavor to dishes.

What Are The Health Benefits Of Oat Flour?

Dietary fiber is abundant in this flour. It can also aid in the reduction of cholesterol levels in the body. Because oat flour has so much protein and healthy fats, it’s a better choice than all-purpose flour. Not to mention that it is a good source of carbohydrates and is packed with vitamins and minerals.

What Are The Advantages Of Eating Sage?

Sage is high in vitamins A, vitamin C, and a number of other antioxidants that help lower the risk of severe illnesses like cancer. Vitamin K, which helps the body clot blood, is also abundant in it. Sage provides a lot of nutrients without a lot more calories because it’s generally taken in small amounts.

This is the recipe:

I hope you enjoy them as much as we do!

Friends, Let me know if you try these delicious gluten-free Vegan Sausages! Share your thoughts in the comments. Everyone who reads your thoughts and experiences benefits, including me! 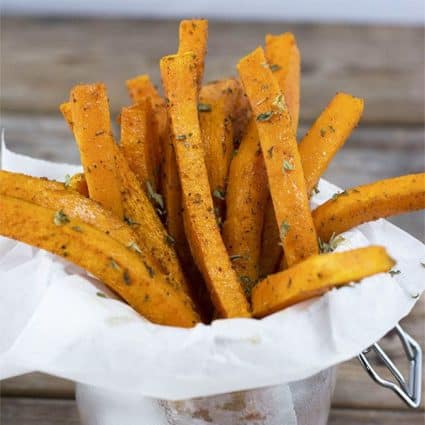 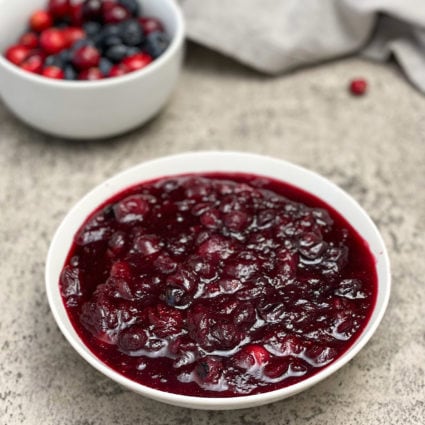