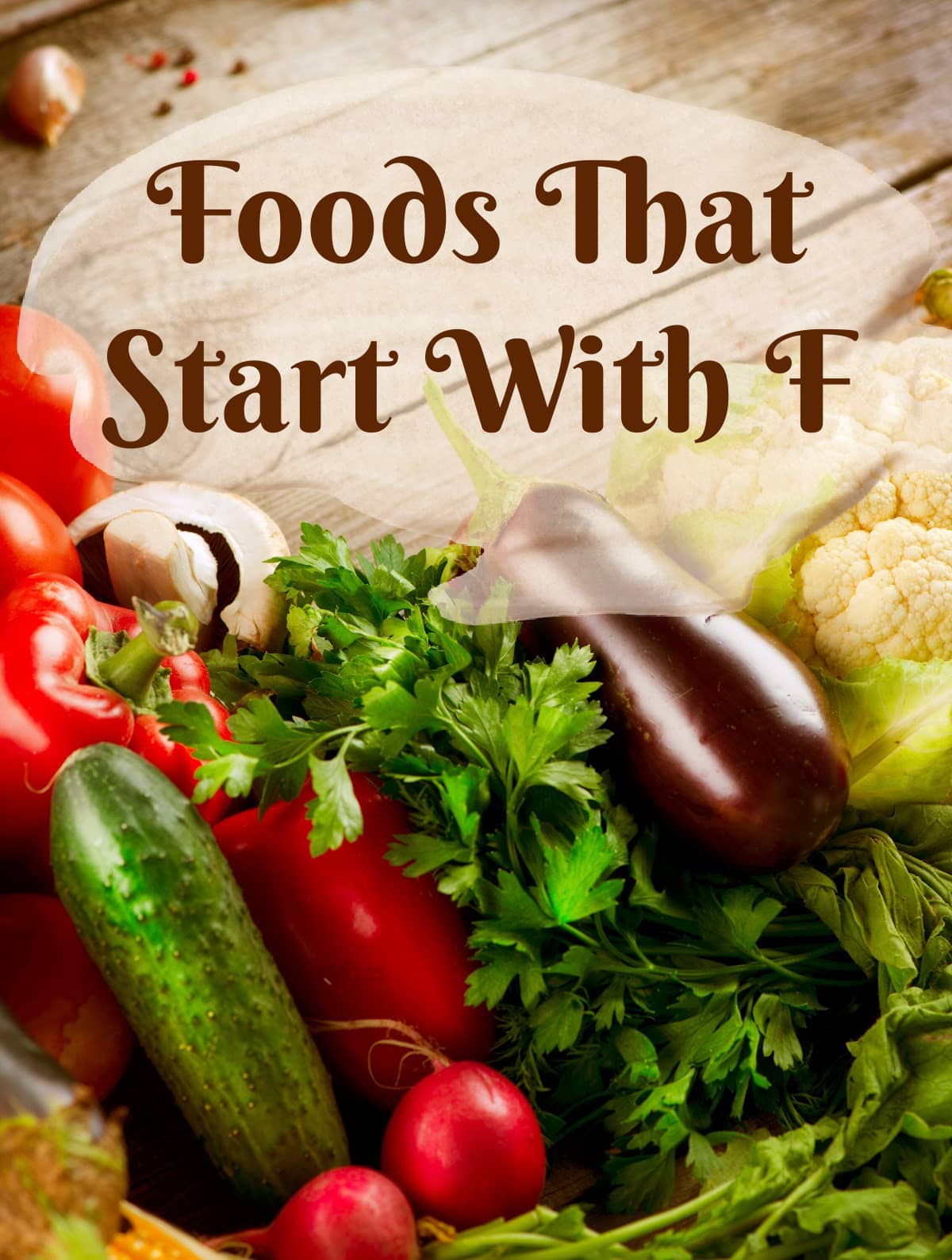 There are so many foods that start with the letter F! If you are searching for foods start with F, you are in right place. All of these foods are delicious and easy to make. 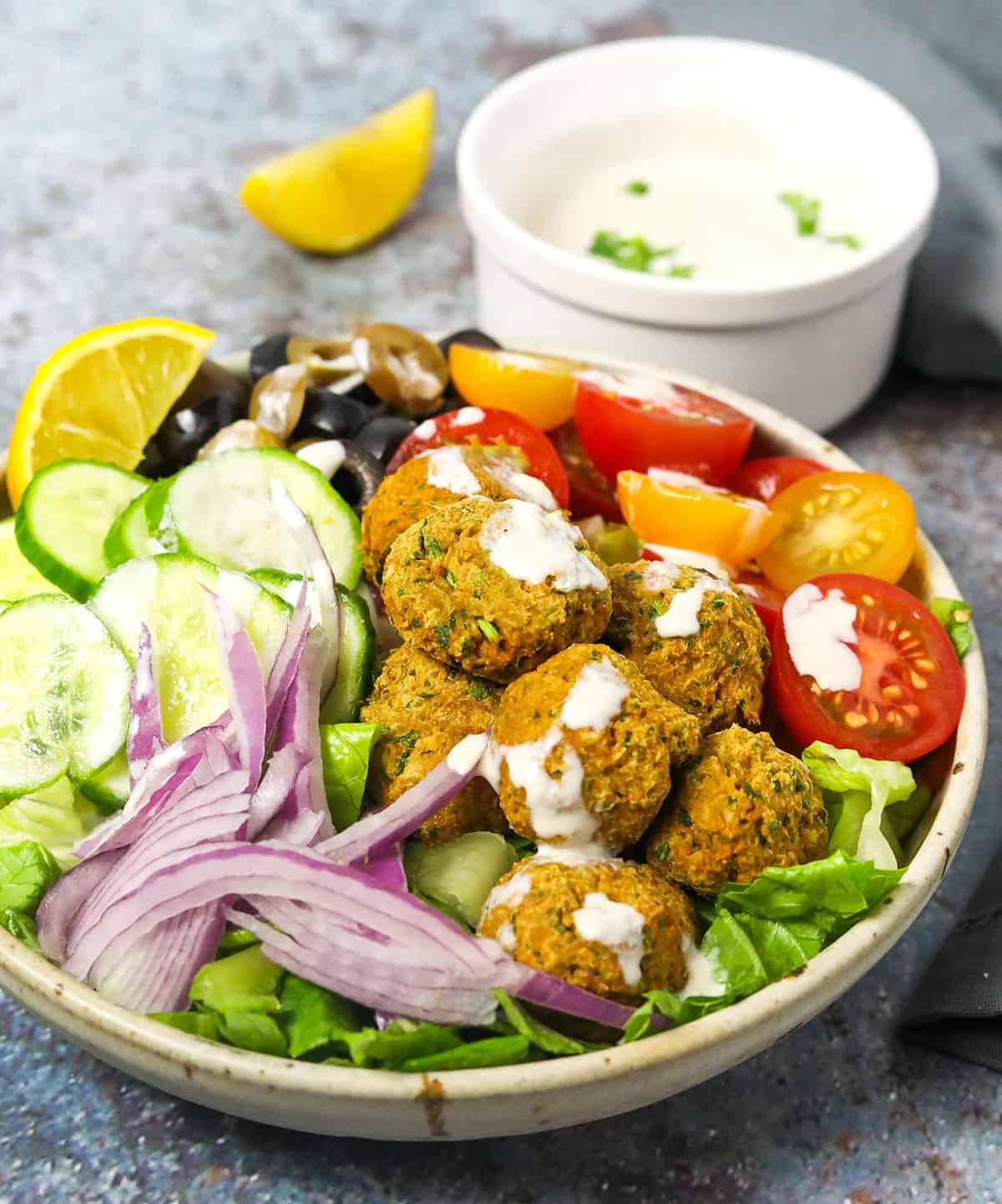 Falafel are deep-fried balls or patties, made from mashed chickpeas or fava beans and additional seasonings. It is perhaps the most well-known Middle Eastern dish to reach all over the Western world. Falafel is served with side ingredients as a filling for a sandwich or on a flatbread (pita bread). It is the perfect substitute for hot dogs, hamburgers, and your common sandwiches to add some variety to your meals. 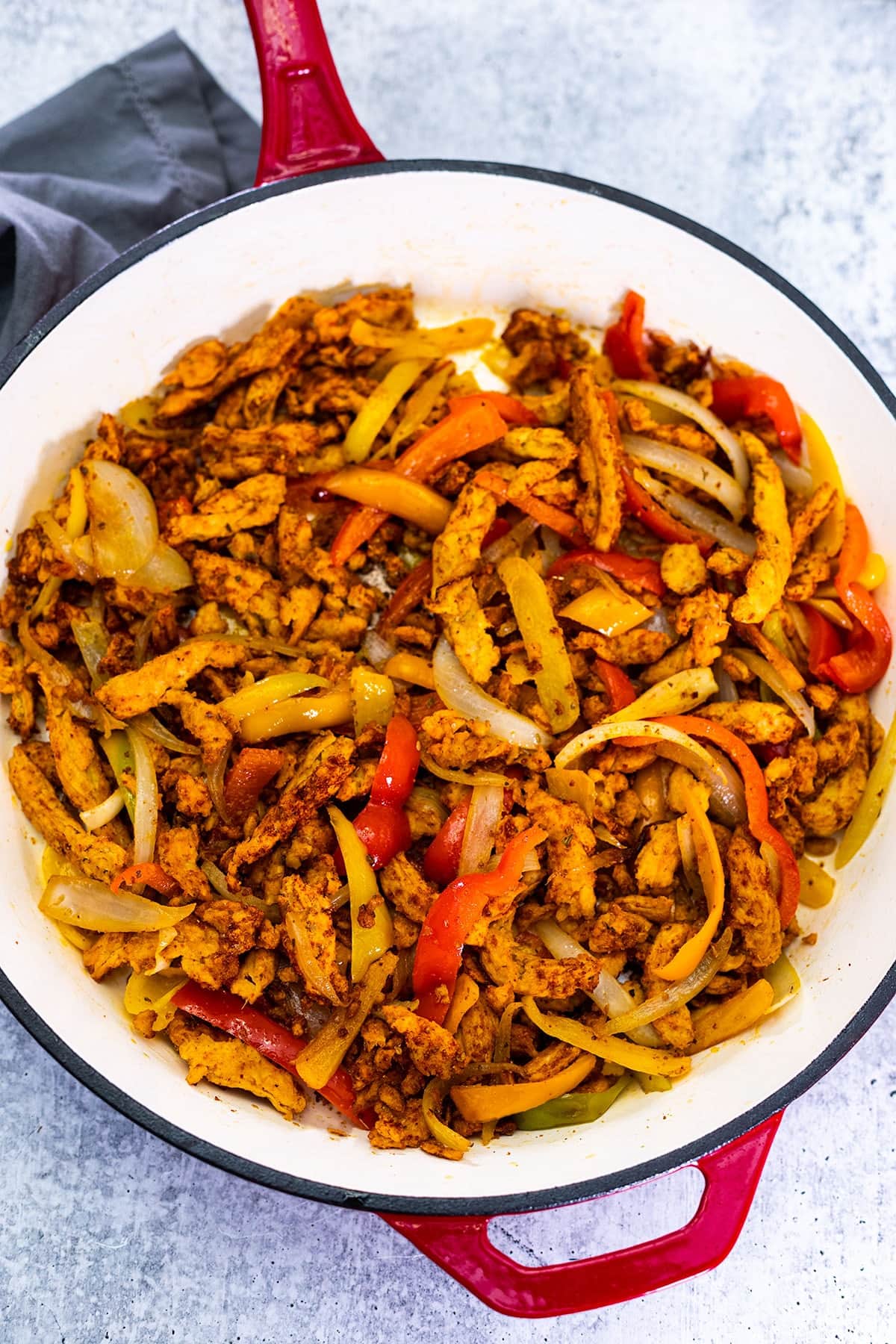 Fajitas are a delicious Tex-Mex meal that is among the most popular in the US. It is made with any type of grilled meat, mushroom, or tofu, and peppers and onions. Serve it with a flour tortilla and a variety of flavorful ingredients. Some examples of good sides are guacamole, salads, sour cream, and salsa.

Farfalle is a variety of pasta that looks similar to bow tie spaghetti, which you’ve probably seen before. The pasta’s shape is like a squared bow tie, and each piece is often made with a bit of “fluffiness” on the inside. 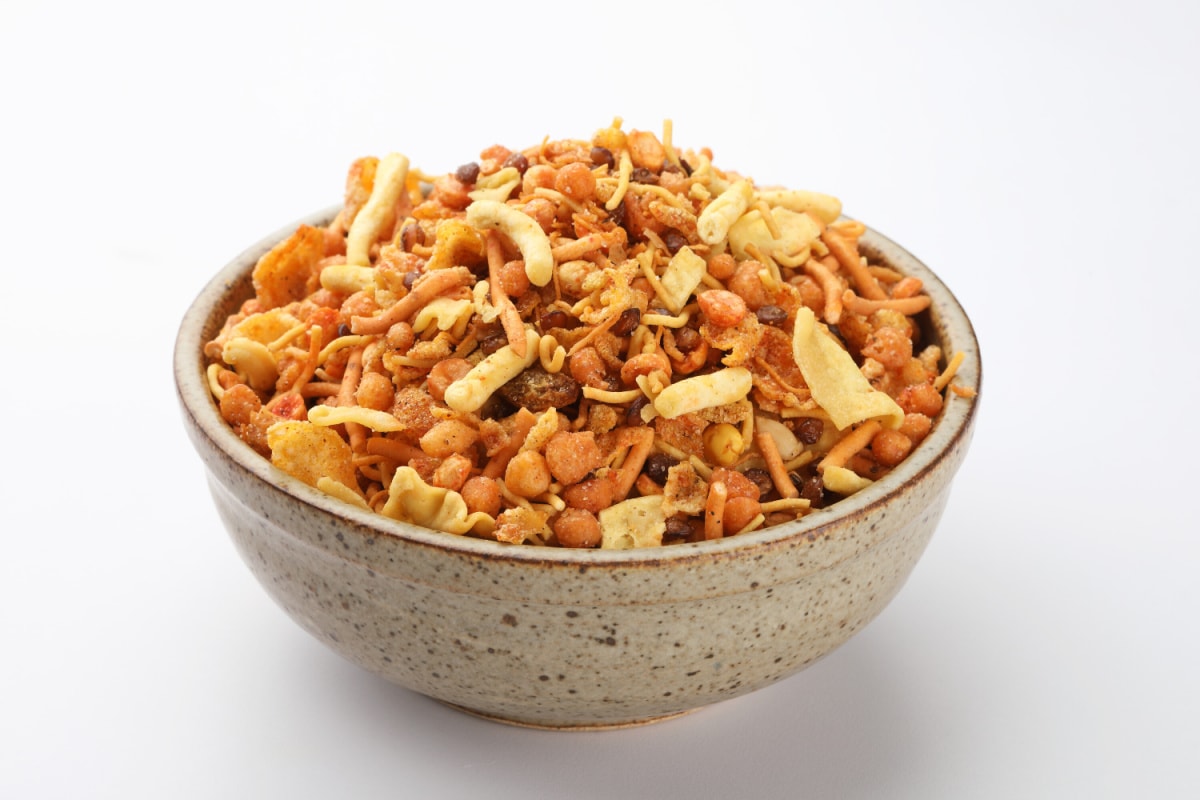 Farsan is a general word for any Maharashtrian snack that comes in the Indian state of Maharashtra. They’re flavorful and salty, and they’re frequently made for special events. Bombay Mix, commonly known as Chevdo, is the most common type of farsan in the West. Gram flour is the main component of farsan. Dhokla and Chakri are some examples of farsan.

Fava beans, also known as broad beans, are very popular in Middle Eastern countries, and they are mainly grown in Jordan and Egypt. You have actually probably already eaten fava beans if you have eaten falafel. However, it is quite common in many countries across the world. 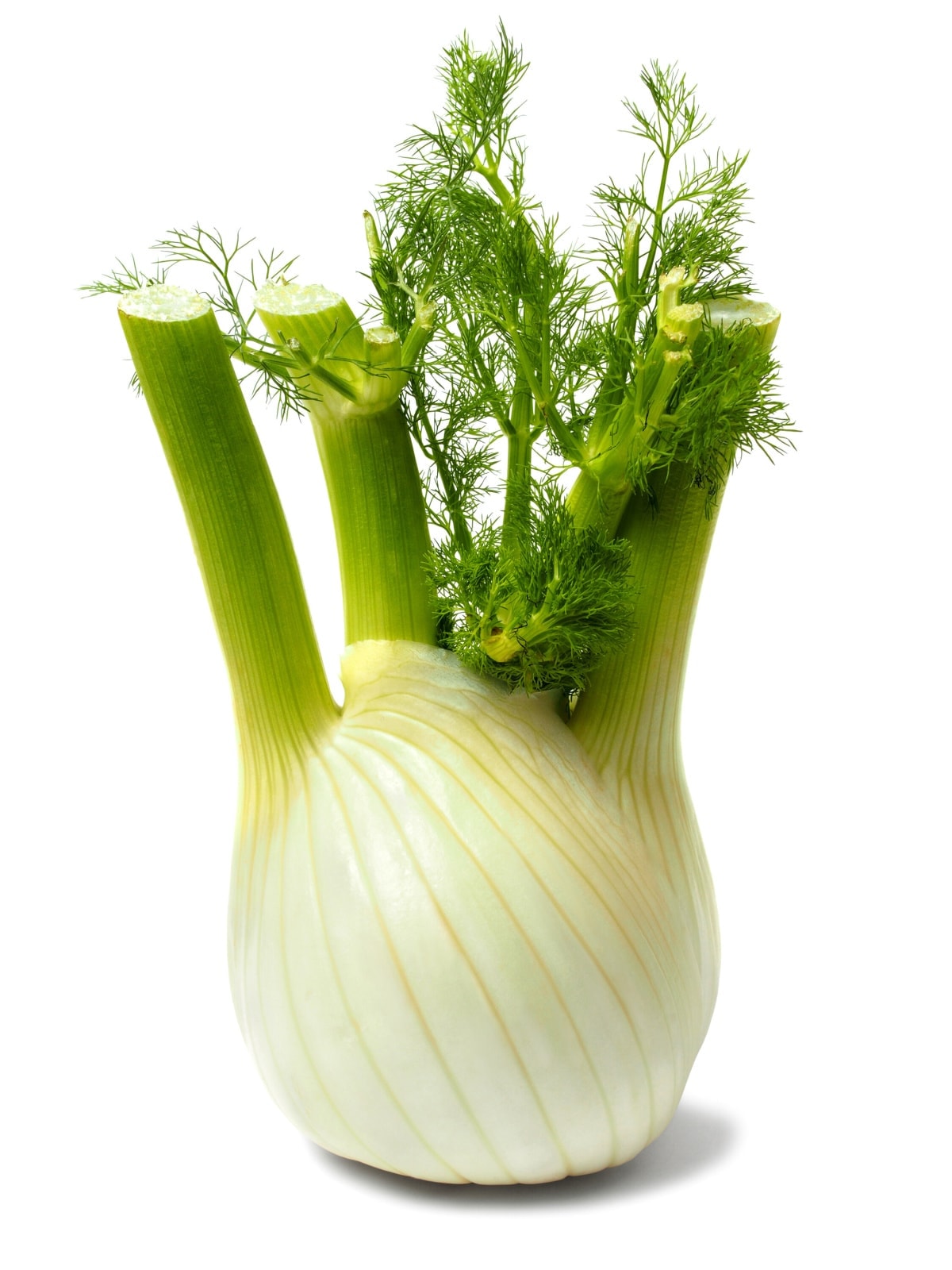 Fennel is a vegetable that resembles celery in appearance. It has a strong flavor and a crisp texture. Fennel is most often found in Mediterranean cooking; however, it can also be found in other cuisines, such as Irish. Fennel seeds are also a very healthy herb used for cooking and in folk medicine. These seeds are also used in Indian cuisines to make post-dinner candies. 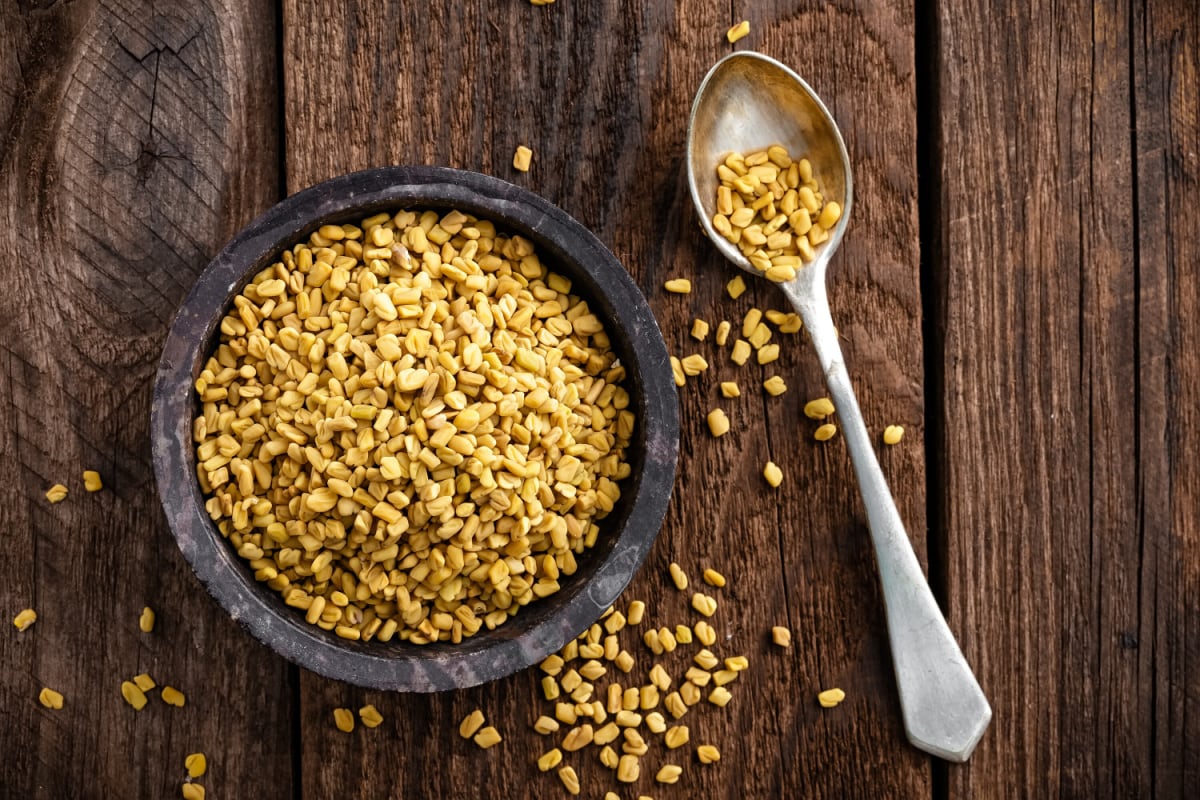 Fenugreek is an herb, spice, veggie, and legume. It belongs to the pea family of plants. This spice is commonly used in Mediterranean and Asian cuisines to flavor lamb and curry dishes. It is particularly a common ingredient in Indian cuisine. Use it to flavor pickles and chutneys, as well as curries.

Feta is a type of cheese made with milk. It has a flaky, slightly gritty texture and a rich, acidic, salty, lemony flavor that develops over time. Salads, stews, pies, and galettes all benefit from the addition of feta cheese. With its uniquely amazing flavor, of course I had to make vegan version, and there are also a few commercial vegan substitutes. 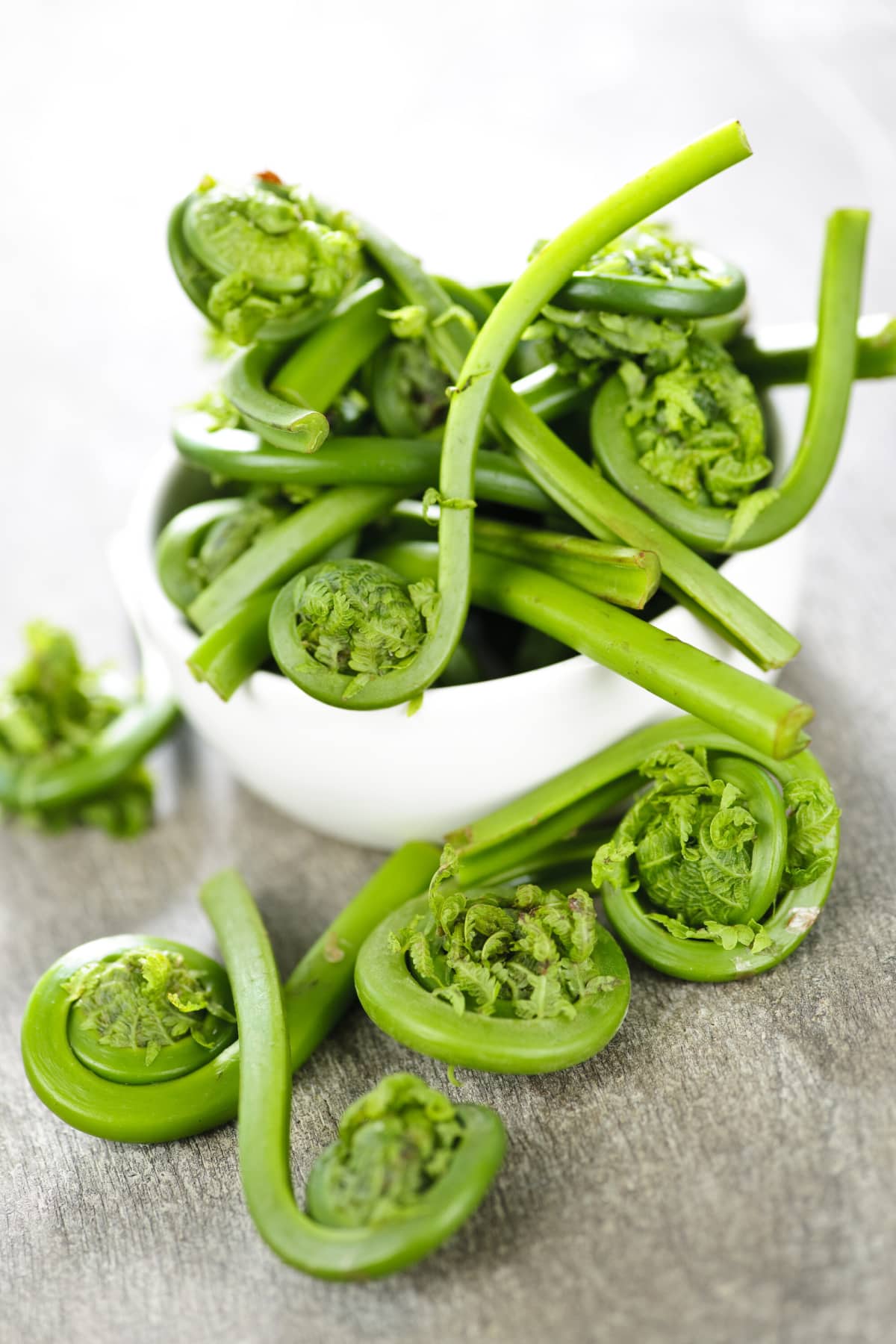 Fiddleheads, also known as fiddlehead greens, is an edible fern that is cooked in some Asian and North American cuisines. The top thirds of the young furled ferns are trimmed in the spring, before the leaf has fully bloomed and reached its maximum height. 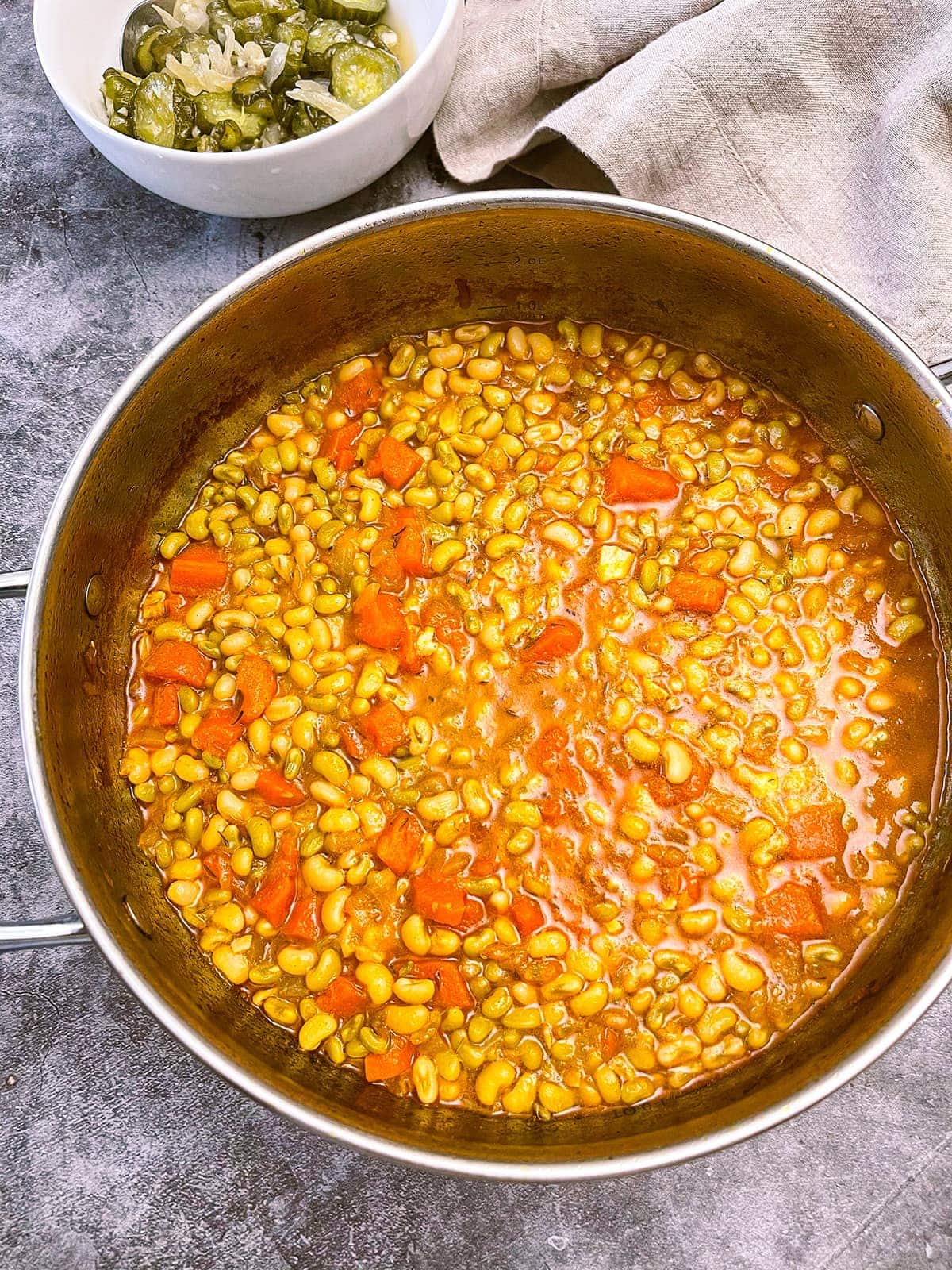 Field peas are a variety of field pea that grows throughout Europe. They’re typically served in stews and soups with vegetables and meat. It is high in protein and iron.

When preparing gumbo, file powder is a must-have ingredient, and the flavor is root beer-like. It is thought that the Choctaw Indians of Louisiana’s bayou region were the first to employ it. This powder is made from the sassafras herb to add a spicy flavor to gumbo. 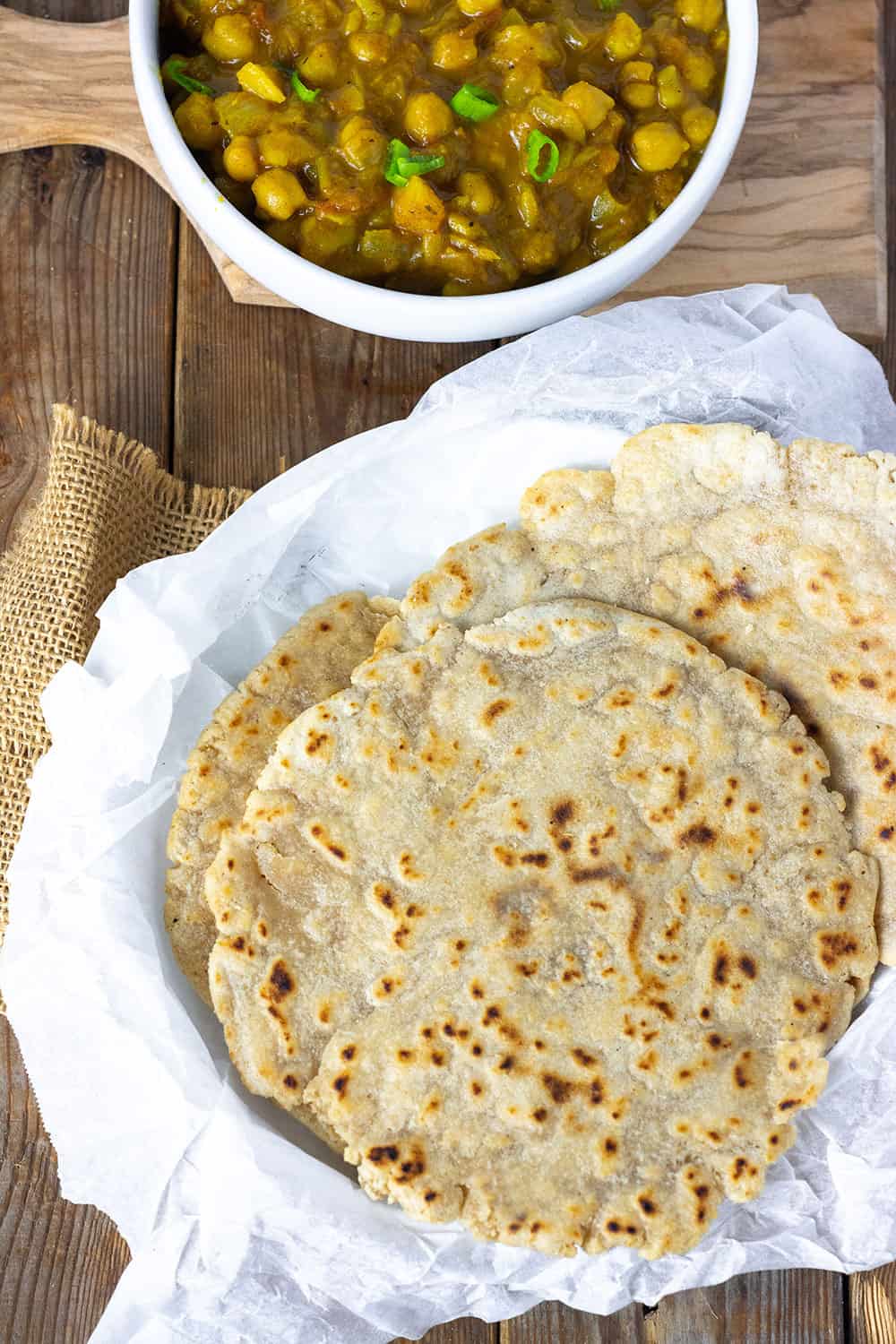 In many places of the world, some type of flatbread is a dietary staple. There’s a flatbread for every event and taste, from whole wheat to sweet potato flatbreads. While the beginnings of flatbread are unknown. One thing is for sure that it is more than just a piece of bread. It’s a delicious, versatile staple. 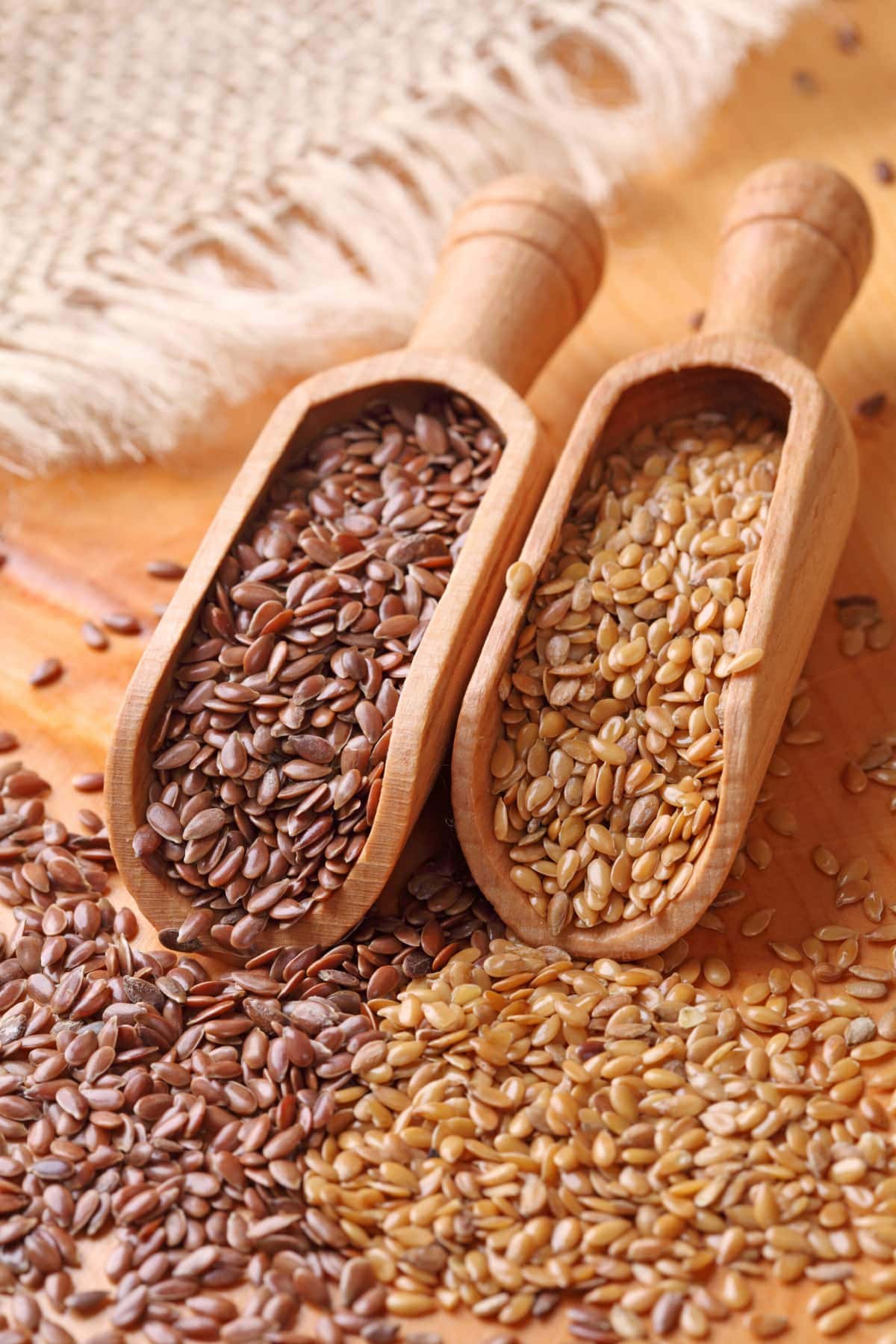 Flax seeds are high in protein, fiber, and many other nutrients. It can be used quinoas, cereal, and nutritious milkshakes. When combined with water, it makes a gel that is a perfect replacement for eggs, especially in baking. To reap the health advantages, eat around 1 tablespoon of cold-pressed flaxseed oil or ground flaxseeds each day. Use the oil only raw or in low-temperature cooking.

French beans are a variety of green beans. They are longer and thinner, and cook to a deliciously tender texture with a great taste. I love to use them more than the common green bean, but they can be used interchangeably. 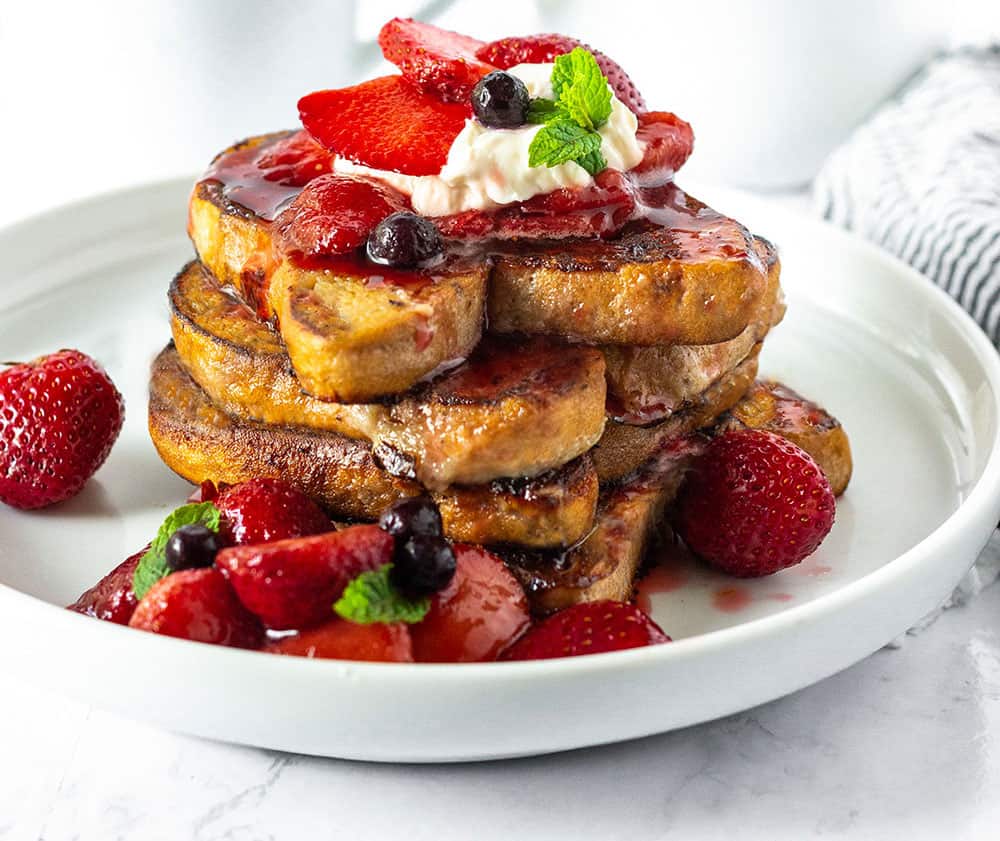 The origins of French toast can be traced back to the Roman Empire. The term “lost bread” refers to how it was in use in France to get rid of old stale bread because many people couldn’t afford to waste food. It is made with bread slices coated in a mix of beaten eggs, cinnamon, vanilla, and milk, which are then fried till golden. French toast can be made without eggs so they are vegan, and are commonly topped with maple syrup, berry sauces, caramel, or whipped cream.

Fucales are a type of brown algae. It is used in Asian soups and seasonings. It is a unique addition to the diet, because it provides numerous health benefits. 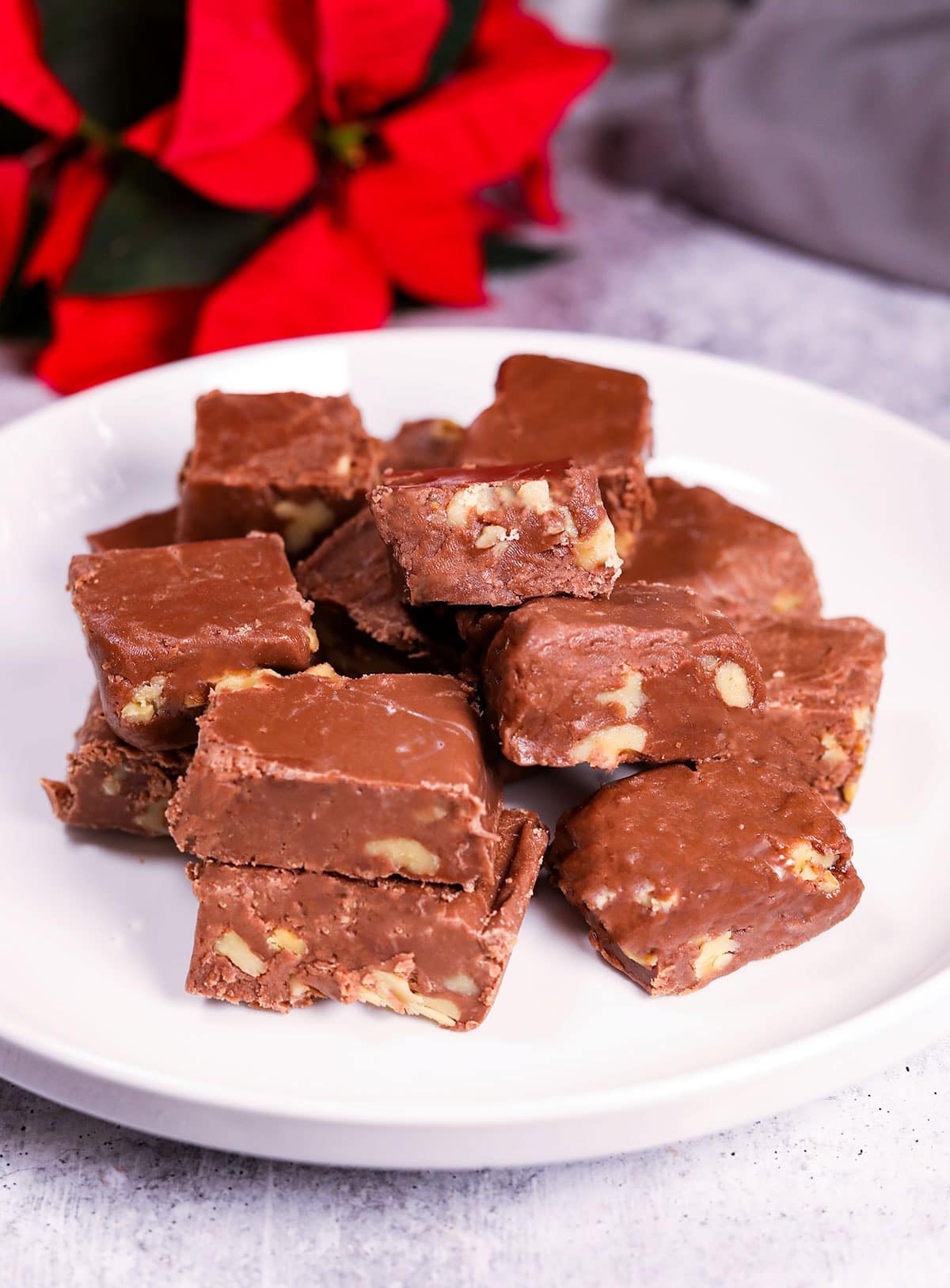 Fudge is a sweet treat made with sugar, butter, milk, and a variety of flavorings. It is then flavored with almonds, coconut, or other ingredients. Sugar and milk are cooked together until they reach a soft sticky stage for making fudge.

This West African dish is made using a variety of starchy ingredients, such as cassava, plantains, and yams. The starches are boiled, mashed until it turns into a sticky dough, and rolled into balls. It is eaten with soups and stews. It is thought that the meal originated in Ghana, where it is still popular until now. 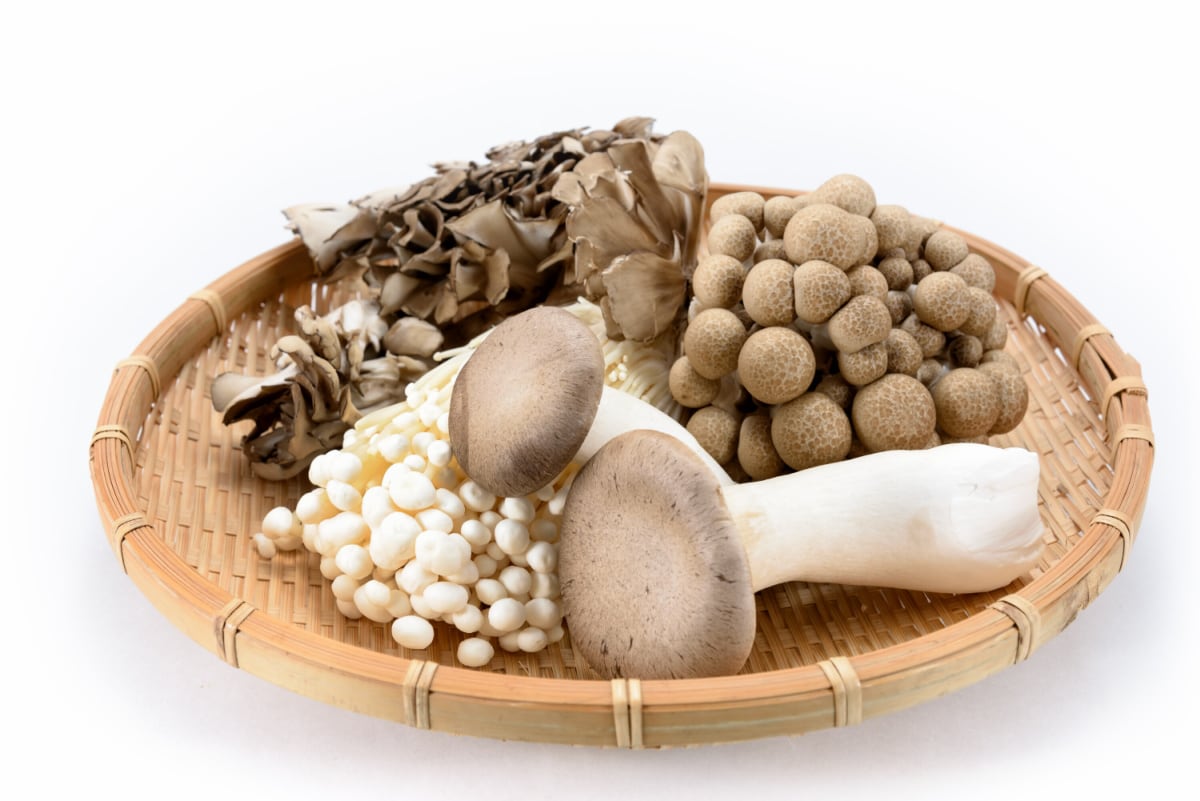 Fungi, which include mushrooms and yeasts, are a wide and diverse collection of organisms. Mushrooms and yeast are both common fungi used in many cuisines. Mushrooms add savory flavor to dishes, especially soups. Furthermore, many have the perfect taste and texture to be used as a meat substitute for vegan and vegetarians. They are also quite healthy. Yeast is commonly used for baking to make dough rise, and nutritional yeast flakes add cheesy savory flavor.

Futsu squashes are a special type of squash. They are used mostly in Japanese cuisine, and are therefore also known as Japanese pumpkin. The firm shell of the Futsu squash makes it suitable for roasting and grilling.

Conclusion on foods that start with F:

Foods That Start With L

Foods That Start With M

Foods That Start With O 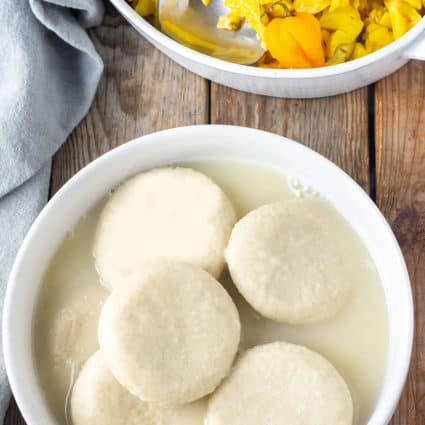 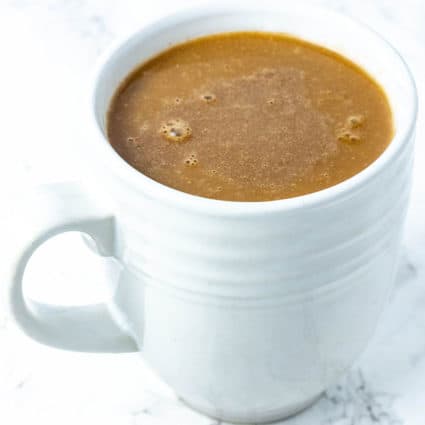 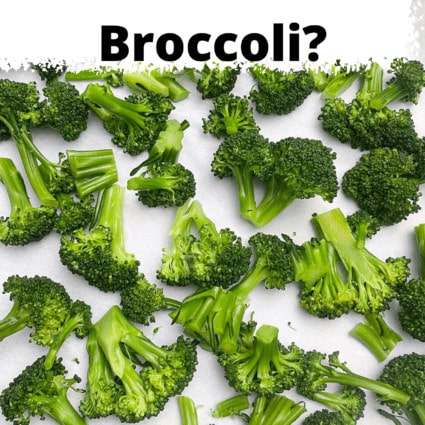 How to Freeze Broccoli?